Pharmacy One holds the significant title of being the  first chain retail pharmacy in Jordan, boasting 75 locations over just 15 years. Amjad Ayran, the company’s founder and President, grew and nurtured Pharmacy 1 from nothing and has his early work experience in the sector to thank for the entrepreneurial spirit which spawned his own company.

“I’m a pharmacist by profession,” Aryan says. “I worked multiple jobs before starting at pharmacist school in Boston at the late age of 24, and while studying I worked for CVS. So by the time I graduated, I had five years of pharmaceutical experience. I decided that if I couldn’t build a new CVS of the US, why not build the CVS of the Middle East? It made sense to become a big fish in a small market.”

Aryan started his business with just $200,000 and a vision to open 10 pharmacies. In 2001, he took this concept to Jordan and built what he calls the “pilot branch”.
“I wanted to make sure the consumers understood and appreciated the big drug store concept,” he explains. “This is a pharmacy where you can browse the shopping court as well as picking up prescriptions, and I wanted people to acknowledge the quality of service. Then they would go out of their way to receive that quality again, and there would always be a pharmacist who could counsel them on their medication, that would show them how to use the medication, and be readily available to serve.”

The customer proved far easier to convince than the authorities. Aryan faced an uphill battle against the Jordanian Pharmaceutical Association in attempting to convince the historically conservative organisation to allow an outsider to promote chain pharmacies. Other pharmacies in Jordan are, in Aryan’s words, “mom and pop shops” and there were no chains despite the fact that the law allowed them. Prior to Aryan’s arrival, that law had never been implemented.

By 2003 he had managed to open the second branch of Pharmacy One, and remained with just the two stores while working on perfecting his business processes until 2005.

“During that time I was building the platform for the expansion, by which I mean IT systems, trading procedures, personnel, and so on. I spent four years building that platform, and once it was ready, I started expanding at a rate of 12 new branches per year.

“No one had done this before so it was challenging. The consumer accepted it and loved the idea of having pharmacies with the same name, with consistent availability of products, consistent quality of service, and the ability to access the same records at any branch. The smaller competitors, threatened by the introduction of a big chain, began improving their own quality of service; I would say we’ve raised the bar for pharmaceutical care in Jordan as a result.”

Pharmacy 1’s IT system was enormously important. It had to sufficiently support the customer, the company, and the community at large. Doctors and patients alike would need to be able to easily use the patient record software, and the records had to be extremely secure. A program to deal with Pharmacy 1’s logistical needs was also required; the company has around 350 different suppliers, and the software orders medications automatically from the central warehouse when required, avoiding out-of-stock situations. In Aryan’s words, “inventory control is key”.

Aryan decided early on that he didn’t want to compete with his suppliers, but for them to complement each other.

“We’re retailers, not agents or importers. It was a big fear that another big pharmaceutical company would come in and within a short time control a huge percentage of the market, join other agencies, and become agents for everything in Jordan. I took it upon myself to be the best retailer possible, and as I’m not in the business of importing medications or mass distribution to pharmacies, that really gives our suppliers comfort that after 15 years we don’t want to compete with them.”

The company’s IT system is very advanced for the Middle East, to the extent that multinational companies contact Pharmacy One directly wanting to use its data to better understand the market. According to Aryan, “beautiful things come out of those relationships”. Jordan’s emergency services number is now connected to Pharmacy One Drug and Poison center, and calls that are made which refer to medication or other relevant products will be directed to Pharmacy One, where a specialist can aid the patient.

Other services, like sign language translation, have been launched at some Pharmacy One branches along with a 24 hour video calling service. Both are intended to ease communication for the hearing impaired and enable all to take advantage of Pharmacy One services. Medication instruction stickers printed with Braille are available at all branches.

Through different departments led by team of professionals, Pharmacy One has managed to set new pharmaceutical standards in Jordan and the Middle East. An automated inventory and ordering solution has been developed to manage stock refill and distribution to all branches, innovating new ideas to creatively introduce, expose, and provide different and new services. These are standardised to maintain product variety, mix and increase brands, and allow product visibility to become a standard and ongoing procedure.

Pharmacy One also makes sure to continuously pay back to the Jordanian society through social responsibility projects and offerings, such as performing health service days, providing training and scholarships, supporting projects that help people in need, improving life for youths, and empowering women. Aryan is proud to add that “50 percent of Pharmacy One staff are female.”

While Aryan wishes to expand further into the Middle East, the process is complicated.

“Laws here differ from one country to another,” he explains. “It’s not like in the US where federal law applies in all states. For example Saudi Arabia does not allow ownership of pharmacies for non-Saudi nationals, and UAE only allows 50 percent ownership to foreigners. It’s complicated and presents a huge challenge. So we decided to expand differently by giving franchises to Pharmacy 1 rather than owning branches. We can give the franchise to companies who want it in different countries and we can expand accordingly. One place where we can expand into, however, is Palestine, which has very similar laws and consumer behaviors to Jordan.”

As an entrepreneur – one who has won various Entrepreneur of The Year awards, at that – Aryan believes firmly in the power of persistence and resilience, and that his experience in the working world prior to and during his pharmacy education made him the man he is today.

“There is a feeling in Jordan  that you have to be well-connected to succeed in business,” he says. “I am example of someone who came in as an unknown and was able to do something special. That’s the advice I want to give people from all parts of the world. Don’t listen to naysayers, believe in the power of ‘I can’, focus on what you can do, and ignore negative people.”

Aryan has his team and Pharmacy One’s location to thank for a great deal of the company’s success. He stresses the importance of having an excellent team, and choosing wisely when picking a place to start from: “I advise a lot of people who want to be the best in whatever sector of business they choose to come to Jordan,” Aryan concludes, “because they won’t be dealing with only the 10 million people who live here, but huge markets, smart people, and keen college graduates who can help them achieve their goals. Jordan is a great place to live and if I had to do it all over again, I’d still start from Jordan.” 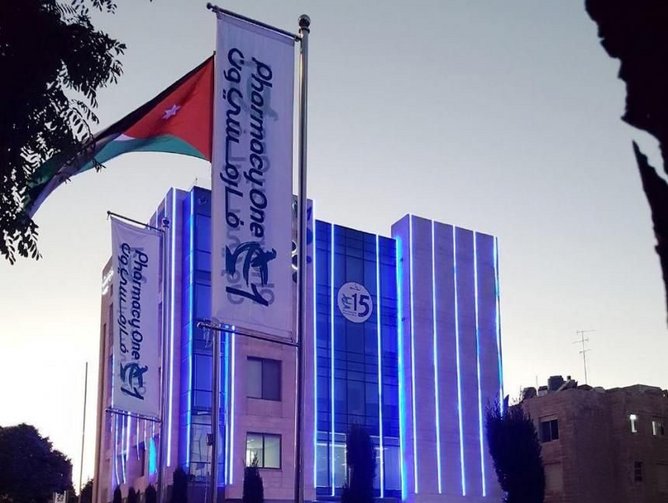 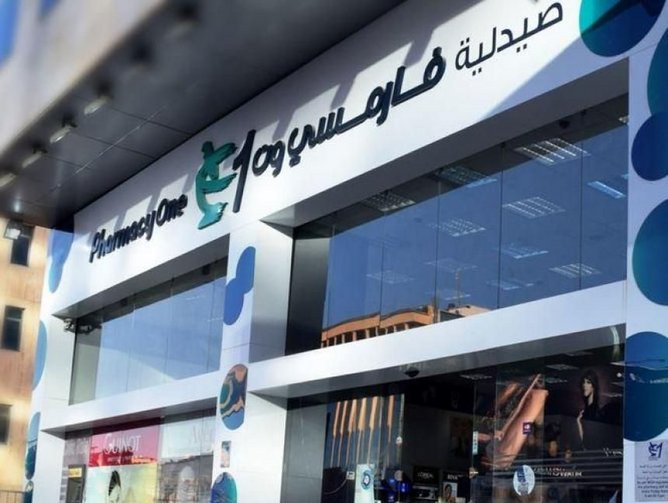 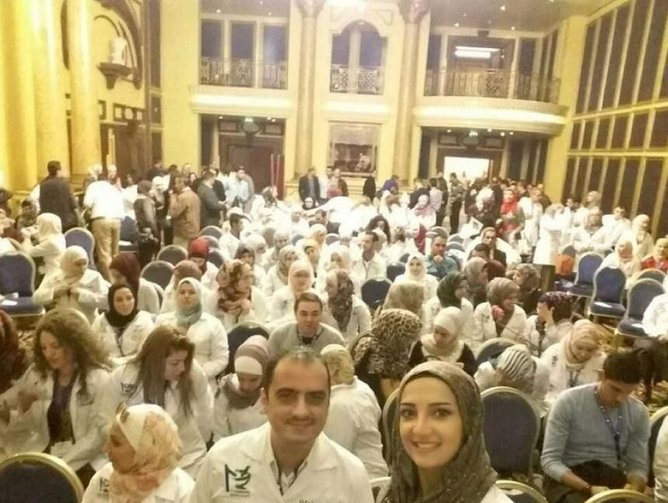 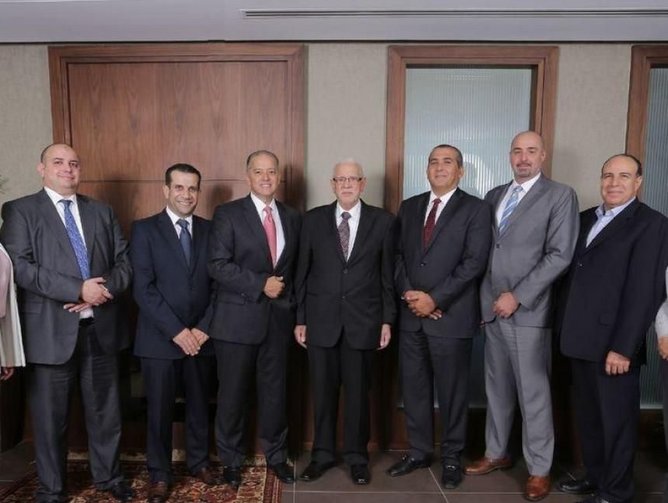 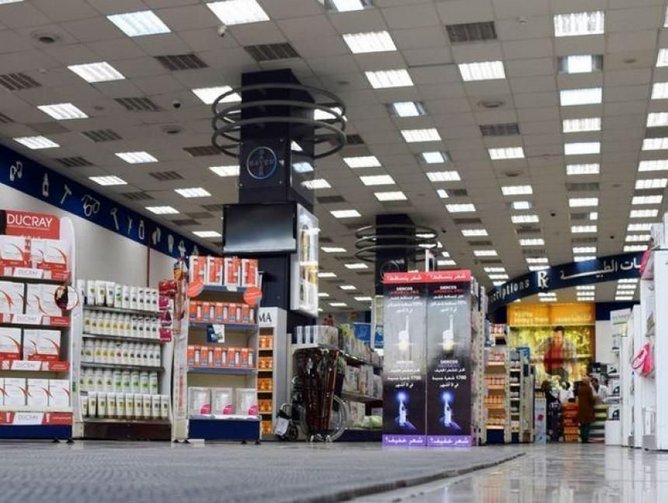