Founded in south-west Germany in 1844 by Karl Stolzer (whence the company name), Kasto manufactured its first metal cutting saw in 1947 and its first bar storage and retrieval system in 1972. The company still confines itself to the first two stages in the manufacturing process, storage and sawing, and is led by Armin Stolzer and members of his family, the sixth generation.

Kasto’s UK Managing Director Ernst Wagner has had his base in the UK since he started his career as a toolmaker in his native Austria 40 years ago, and has led Kasto’s operations here since 2003, through the acquisition of its long-term agent Rivers Machinery and the establishment of Kasto Ltd in Milton Keynes. Throughout this time he has been a tireless advocate and lobbyist on behalf of engineering and manufacturing. The last decade has been frustrating for him, not so far as Kasto is concerned, for the company has done well as we shall see, but in terms of the UK’s short term approach to manufacturing and its failure to promote apprenticeships.

To call Kasto a company that makes saws is a bit misleading, though it is very proud to lead this vital niche. The top end machines it makes today are sophisticated and versatile machine tools controlled by automation software and combining storage and handling with precision cutting – though it still lists simple machine shop saws among its products. It still manufactures all its products in Germany, has more than 140,000 sawing machines in the market and over 1,700 installed storage systems, in 50 countries.

Kasto’s patented control software is another benefit that he’s keen to stress. “As well as feeding back key parameters from the machine during sawing, the machines can be programmed to run at maximum output in the certain knowledge that work will be slowed or stopped automatically in response to altered circumstances such as blade wear or damage, or a hard spot in the material.”

The UK market has absorbed 1,300 sawing machines, of which three-quarters are more than ten years old, a fact that at once testifies to the quality and durability of the saws and some reluctance of UK engineering companies to invest in the latest technology. “However good the old machine is, a new one will always be more productive because it incorporates our innovations,” Wagner points out.

There are signs that Kasto’s UK customers are getting the message. The last five years has seen more companies buying the highly automated Kastotec carbide designed machines. “The only way to stay competitive is through automation. Paring raw material costs will only get you so far: it’s the overhead that is the problem.” Kastotec is up to three times higher priced than its own KASTOwin and competitors’ standard production saws, and yet has outsold these here in the UK because it reduces cost and increases output. “We do the cost analyses for the customer. We prove it to them, show them, reassure them that the machine will pay for itself in six to twelve months only and increase productivity for many years after that.”

These machines are adept at handling the hard and awkward alloys that so many UK workshops that machine components for customers in aerospace, energy or automotive excel in. In these sectors, specialised tooling technology is needed to bring manufacturing times down. “At Kasto we are focused on cost rather than on price. In everything we do we will find a cost-saving solution because we know the price can be offset against saving in man-hours.”

However the best way to save on overheads is to introduce robots to feed the automated machine and sort and handle the product after sawing, and here the UK is dragging its feet, he says. “We want to sell a machine with a robot or two as we are doing in Central Europe or America and other markets. I haven’t sold one robot in the UK yet, whereas 50 percent of our sales in Europe are with automation, including robots. There’s still that difference!”

Intelligent sorting, processing and palletising via KASTOsort is just as cost effective with relatively small batches as with series production quantities, he emphasises, because there is no need for operator attendance when a new order is instigated, he adds. A single robot can service more than one sawing machine, leading to greater efficiency and a faster return on investment.

When British firms stop fixating on price and consider longer term cost implications, they see the sense of Kasto’s systems. Nissan embraced automation at Sunderland to become one of the most productive plants in the world. Third tier suppliers would do well to follow their example, Ernst Wagner believes.

Again, though the UK market is far from adventurous, it’s beginning to take notice of Kasto’s other product line, automated storage. “I have around 30 storage systems installed, of which eight are top end, fully automatic warehouses, and now I am selling two of these each year.” This is, he says, a virgin market that has started to react. Indeed one customer has installed five systems in the last eight years.

Another, Hanson Springs of Rochdale which makes specialised products for the energy sector installed two 25 metre tall Kasto storage towers to house the bar from which the springs are made. “Whereas it used to take us up to three hours to find material buried at the bottom of conventional racking,” said director John Hanson, “bar is now available from the tower within three and a half minutes of calling it up on the computer control screen.”

On the input side, time to unload a 23 ton truck was reduced from around three hours to just 40 minutes – and enough space was freed up for an extra production machine. Space is at a premium in the UK, and automatic storage will reduce the floor space requirement by up to 75 percent versus conventional racking, Wagner continues. “When people say they need to expand and build out we say don’t! Put in an automated warehouse. It is generally three times faster, safer, and there’s no material loss because you have total inventory control at the push of a button.”

The 1,700 storage systems sold globally have gone to just a third that many customers, he points out, proof that once you have one you want another! It will take a couple of years or so to pay back the investment but from then on Kasto Unicompact, Uniportal, Unibloc and Unitower storage systems represent pure profit through productivity and logistic gains, he says.

His enthusiasm for engineering is infectious, and his has been one of the loudest voices calling on the government to bring back the apprenticeships that all but disappeared in the late 1970s. Again Kasto is a good benchmark, with twelve percent of its 700 employees on apprenticeships – in a company where 45 percent of the workforce have never worked for another employer. At the beginning of this year alone, 15 trainees were given permanent positions as electronics engineers, mechatronics engineers, industrial mechanics and product designers after successfully completing their training at Kasto.

But that was in Germany. “Apprenticeships are so important to manufacturing that we need to shout about it in this country. We really must convince young people that it’s a respectable profession!” He recalls attending, with 200 other industry leaders, an event in the House of Commons in 2012. “How many of you have children who are going into engineering, he asked them. Just two hands went up. “I am afraid we’ll have lost two generations before we get young people back into manufacturing,” he laments.

In the outlook period, Kasto continues to innovate, five percent of its annual €120 million turnover being spent on R&D – it holds more than 160 patents. A continuing challenge is the integration of automation to the production of smaller batch numbers. “Nobody is producing volumes to stock in these days of just-in-time and lean manufacturing, so the emphasis is on fast turnaround times and changeovers.”

However there’s plenty of room for more innovation in the service of quality and speed. The most recent new product launch, KASTOwin Tube A 5.0, is a bandsaw that Ernst Wagner describes as revolutionary. “Traditionally horizontal bandsaws cut from the top down, however many of Kasto’s customers are cutting tube and pipe stock for hydraulic applications, and top down cutting is not ideal as the swarf collects at the bottom, damaging the blade, increasing cutting time and affecting the accuracy and finish.” The new saws cut from the bottom up, 2.5 times faster and with corresponding benefits both in product quality and tool life, he says.

One of the factors that has kept Kasto in the front of the market is its success in eliminating the number one impediment to effective sawing – vibration. "It’s a combination of the technology that goes into our sawing machines, aimed at increasing feeds and speeds while reducing vibration, that allows our machines to deliver such high levels of productivity and extended blade life. Vibration is the one big negative for quality, tool life and output!”

In the short term UK manufacturing is under pressure, blamed in part for the disappointing third quarter 0.5 percent growth rate. The response required is a little tenacity, a little vision and a measure of courage on the part of the engineering sector, investors and the government. British engineering is second to none in its ability to meet the demands of next generation industries, Ernst Wagner insists, and factors that are seen as limiting it, like energy and commodity prices, overseas demand and the like, are by nature cyclical. Kasto’s own history of innovation and adaptation down the generations is rather a good example for them to follow, and a great partner in more ways than one. 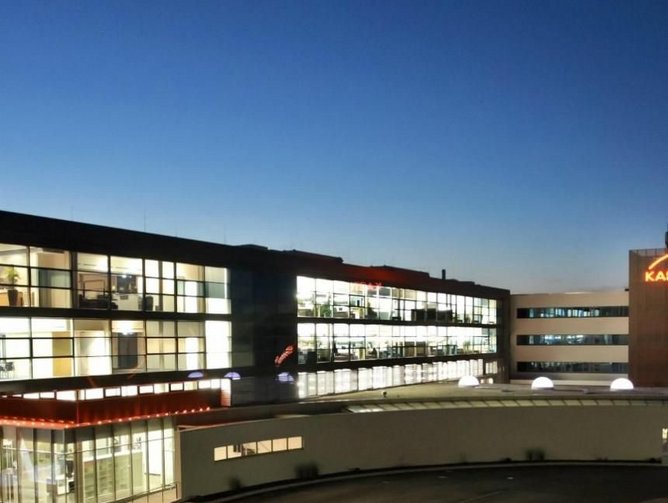 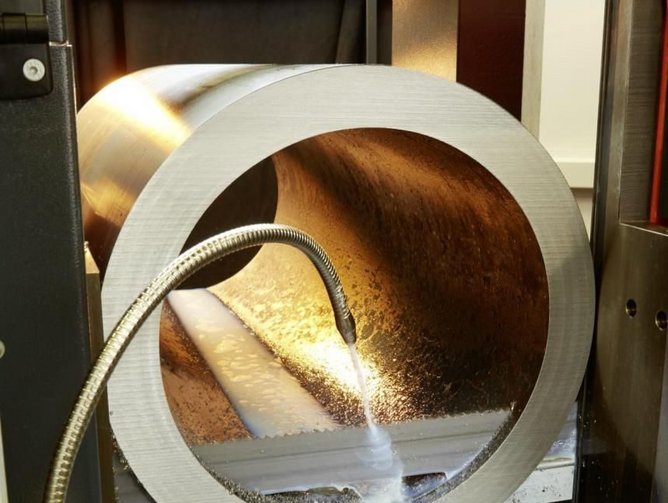 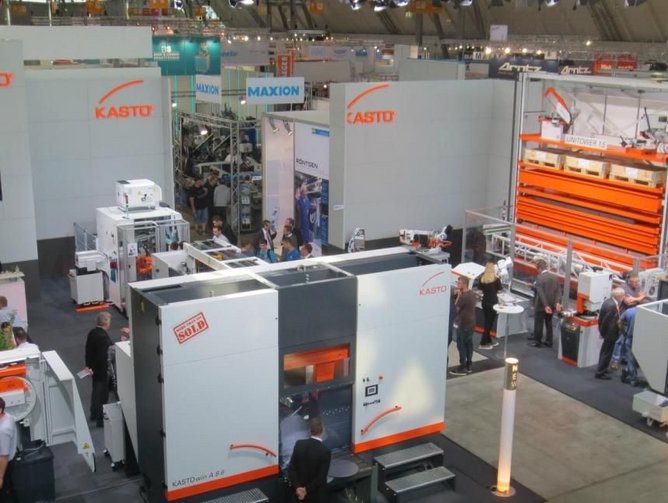 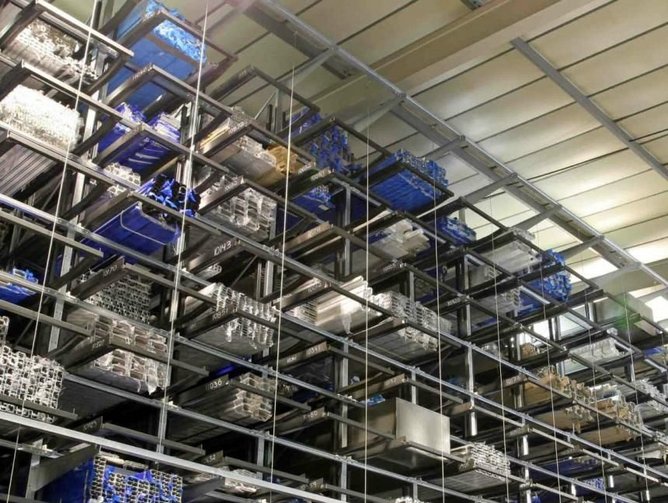 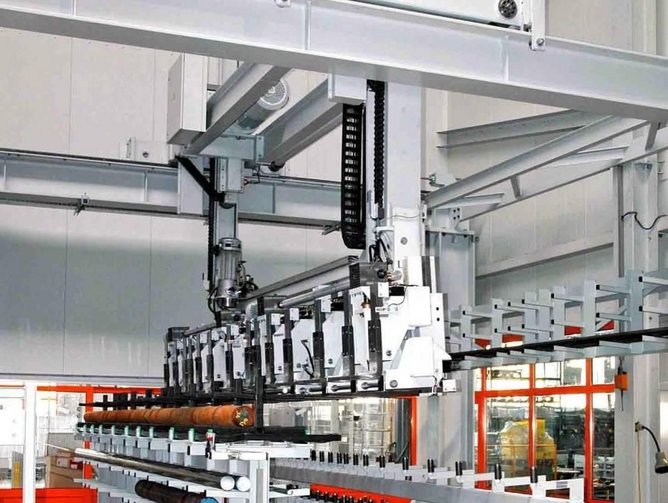 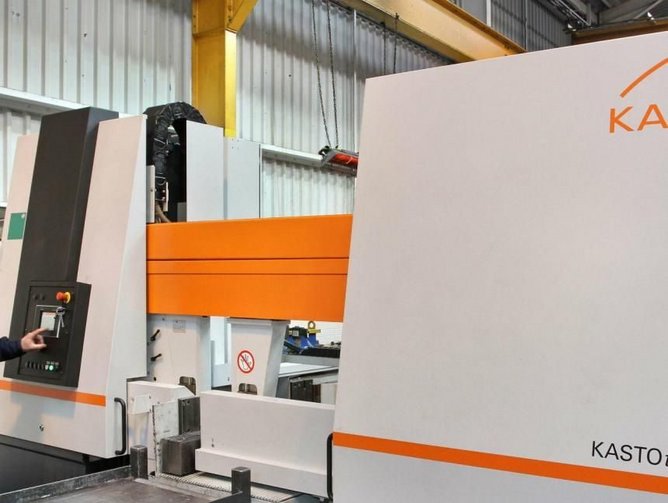