Qatar boasts temperatures that rarely drop below 23 degrees, something which, along with its many shopping opportunities and luxury hotels, makes the country hugely appealing to tourists wishing to escape cold winter months.

However, the climate comes with its challenges: water is a precious resource, and air conditioning, an energy-intensive system, is required almost all year round.

A far more sustainable system is district cooling. Rather than use electricity to cool the air like conventional air conditioning does, it employs chilled water that is transported through underground pipes, and can be recycled from a number of sources like seawater. Qatar Cool, a global leader in district cooling, uses Treated Sewage Effluent (TSE) in two of its cooling plants, which is essentially wastewater that has been filtered of contaminants.

Chief Executive Officer Yasser Salah Al Jaidah explains that its main benefits are energy efficiency and savings in both operational and capital expenditure. "We reduce electrical consumption by almost half. Air conditioning is at its peak 75% of overall electricity consumption during the summer months, so that's huge. Obviously as a consequence we reduce CO2 emissions, by reducing the demand for electricity."

A recent study they completed found that over the last eight years they have saved over a billion tonnes of CO2, equivalent to 1.9bn kilowatt hours of electricity. The cooling system also reduces maintenance costs, as the company employs an economic scale principle whereby each client maintains their own system.

Another benefit is aesthetic. "If you see high rise buildings you don't see these big cooling towers sticking out at the top" Al Jaidah says, as internal piping means there is no need for the traditional condenser units on the roof.

Al Jaidah says these efforts make Qatar Cool "a very sustainable company, more so than any conventional cooling company out there”. Its experience of using TSE has led to an ongoing 25 R&D projects with non-government entities and universities. "We're trying to push the envelope to make this business even more sustainable. An example is trying to look at the oxidisation of TSE, looking at evaporation, how we can capture that, and condensation recovery systems."

Its drive to be as sustainable as possible has won several recognitions from international institutions, and it is in fact part of their mission statement. "We're a safe, reliable energy efficient and responsible provider of district cooling services," Al Jaidah says. "We're committed to supporting the environment, and the development of Qatar, and to create shared value for the customers, communities and shareholders. Our vision is to be recognised as the best in class provider of district cooling services."

Qatar Cool currently operates two major districts, including the world's largest district cooling plant at The Pearl-Qatar, a man-made island in Doha. A fourth cooling plant is under commissioning in the West Bay district of the city, which is being built to LEED (Leadership in Energy and Environmental Design) certifications. Once completed, it will have a cooling capacity of 40,000 tonnes of refrigeration and, in contrast to the other cooling plants in West Bay, will use reverse osmosis.

As a whole, Al Jaidah says Qatar Cool is "one of the five largest district cooling companies in the world. With that comes a lot of responsibility with making sure that we have the best standards, and the best trademarks in place, because we're a leader of the pack."

He explains that the biggest challenge is not having benchmarks for comparison. "There's nobody out there that is doing what we're doing to learn from. With that there's a lot of trial and error, and a lot of learning over time, what to do and what not do to, because not only are we one of the biggest, but we've probably got one of the most complex grids of any district cooling facility out there."

To address this, Qatar Cool uses consultants to ensure that tariffs, costs and energy efficiency are in line with those of its competitors. "That's how we gauge ourselves," Al Jaidah says.

The other challenge is operating in a new, unregulated market, which gives rise to misconceptions on the part of the public. "People perceive that we're taking advantage of our position and our size. We're not because we're continuously benchmarking ourselves and our tariffs against the other players in the region. If regulations were put in place, I think that would settle minds about the industry, especially the tariffs perspective."

Working with Tarsheed, a national programme that promotes efficient use of energy and water, has helped with this. Tarsheed works with government agencies to promote district cooling, and Qatar Cool has a MoU with the organisation, in addition to a Tarsheed award for energy conservation. There are also key partnerships with Tabreed, a fellow district cooling company, and a number of academic and energy institutions that can assist with technical issues.

Social responsibility is another important part of the company's culture. It runs annual events such as Conservation Week and Water Week with Tarsheed, Earth Day with local schools, and school awareness activities on the theme of energy conservation. Last year it won the CSR Leadership Award from Qatar University.

New technology already plays a huge role in all of Qatar Cool's processes, as everything is digitised, from controlling the water flow to chemical balancing. In the near future, it is looking further into the advantages that implementing artificial intelligence (AI) and machine learning can bring to district cooling.

There's certainly plenty of development ahead. The country is undergoing dramatic construction because of the upcoming World Cup in 2022, with new shopping malls, hotels, train stations, homes and restaurants springing up. These present myriad new opportunities for Qatar Cool. In the next five years Al Jaidah sees the company expanding not just within Qatar, but potentially beyond its borders too. 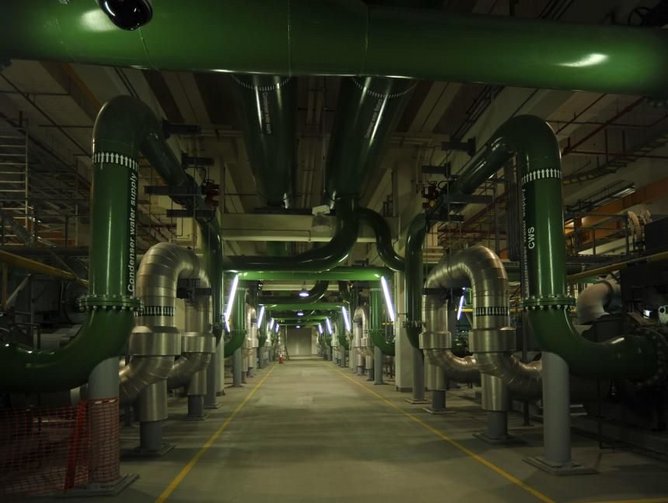 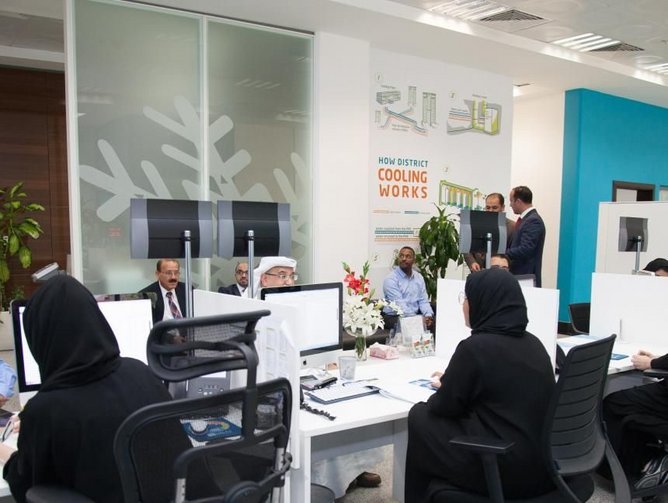 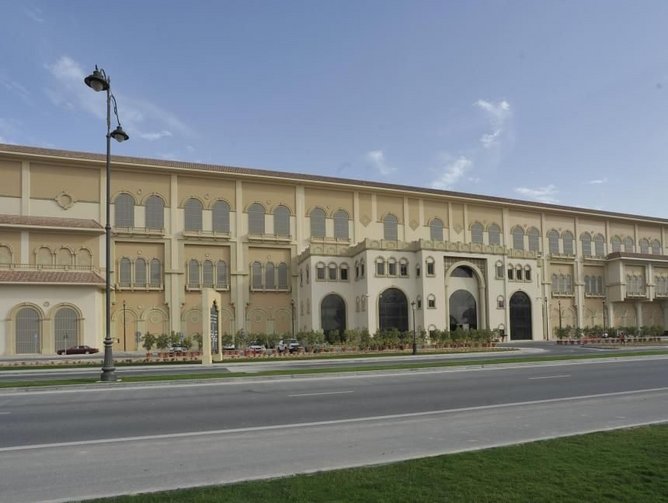 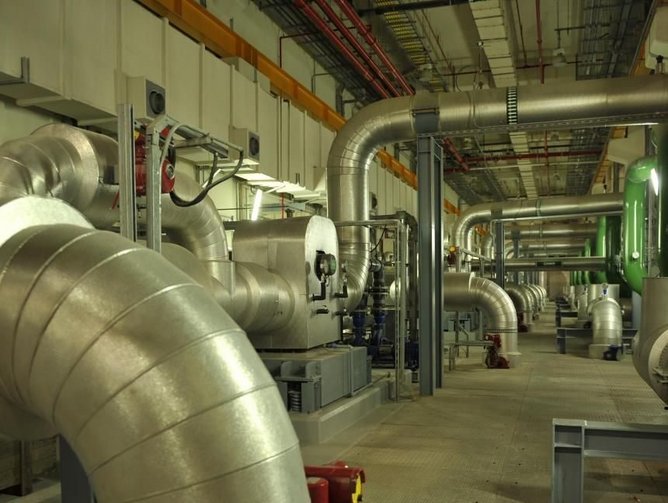 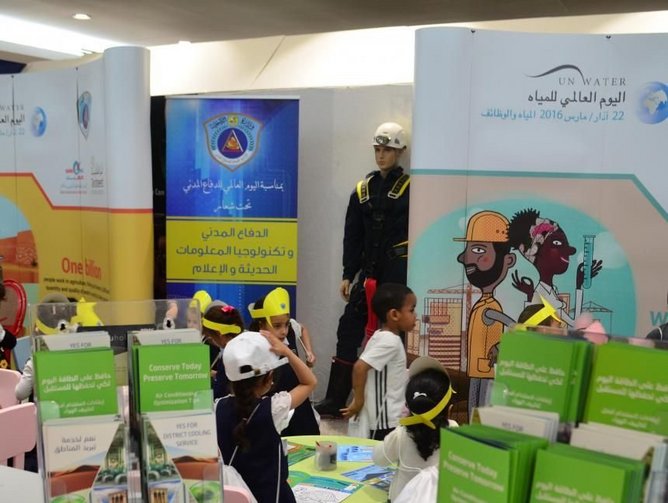 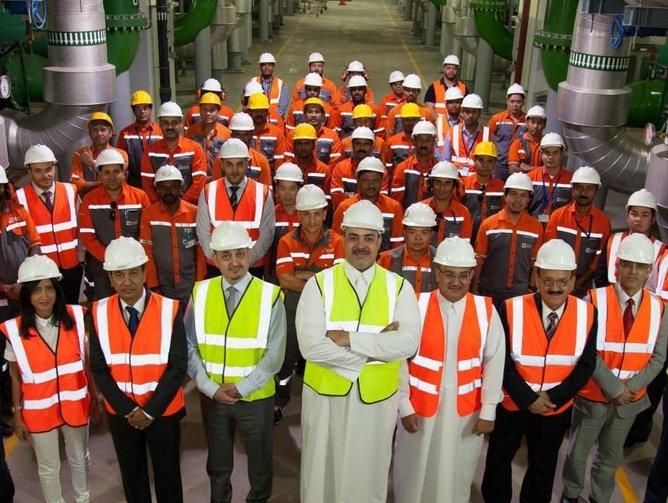 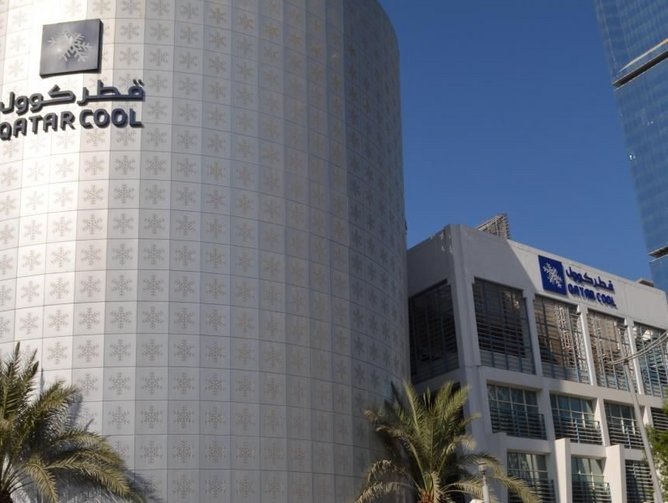 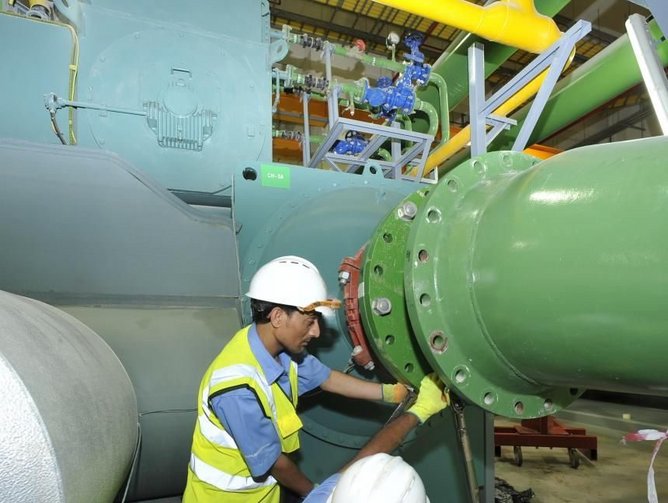 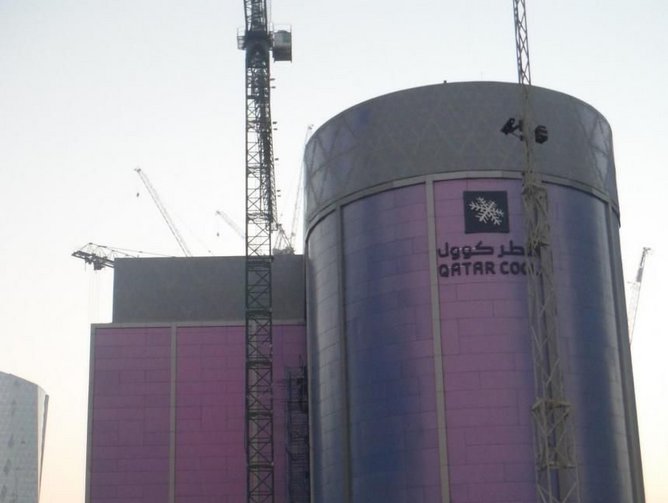