QVC thriving in the United Kingdom

The leading multi-channel retailer, QVC, has implemented a range of green initiatives alongside multi-million pound investments in its UK business to achieve an efficient and sustainable supply chain.

QVC launched its UK operation in 1993, and at that time was purely visible on satellite to a relatively small audience. Now it has grown to be available in all UK homes through mass TV distribution on Freeview, Sky and cable as well as a significant online presence.  Customers can order products on-air, online or on mobile devices at their convenience with 24/7 UK call centre support.

Owned by Liberty Interactive Corporation, QVC UK has been going from strength to strength and has launched additional TV channels: QVC Style, QVC Beauty and QVC Extra. The progress has been illustrated in financial results too; in Q2 this year revenue grew by seven percent on the same period last year.

Kieran Murphy, Director of Customer Logistics UK at QVC, said: “We are a multi-channel retailer meaning our methods used to order have become more and more diverse. To place an order we have the straightforward call to speak to a customer service rep, a voice response unit where you can place an order using the item number, and we now also have extensive digital ordering options.

“You can see on our live broadcasts whether items are available, in limited stock, or almost sold out, and that’s because our sales platform systems are intrinsically linked with our warehouse management systems (WMS). It is a real-time update of our inventory levels, and of course to deliver good service you cannot sell something you haven’t got. With speedy delivery becoming more ingrained with shoppers, customers don’t want to be kept waiting very long to receive the products they have bought.”

The head office for QVC’s UK operations is in Chiswick, West London, where its broadcasting facilities and buying and planning functions predominantly reside. The 31-acre operations and distribution centre is located in Knowsley, Merseyside, and most recently has seen investment to automate parts of the site, such as the technology involved with WMS, storage and retrieval systems, as well as conveyors and automated packing solutions. The centre has a 30,000-pallet automated sorting and racking system that was stage five of the facility build. Brysdales is a major QVC UK partner and supplies a wide range of shelving, racking and storage solutions to suit a variety of specialist needs. The working relationship has continued to go from strength to strength for more than seven years.

Initially the operations centre activities were outsourced to a third party logistician (3PL), and then this was insourced in 1996 upon completion of the first stage of the centre. Imported shipments are handled by QVC UK’s freight forwarding partner, Toll Global.

In 2010 the company introduced a ‘Zero to landfill’ policy, diverting its waste to a facility where any remaining residual waste after recycling is turned into energy. Waste is segregated effectively onsite on Merseyside: so far this year 74 percent of generated waste such as card, plastic, paper, batteries has been effectively segregated for recycling onsite. Through various initiatives and capital investments between 2007 and 2014 the company has also reduced its electrical consumption by 35 percent. This includes using energy efficient LED lighting around the distribution centre, and upgrading the heating system to reduce power usage.

Murphy said: “Currently 24 percent of the waste that’s disposed of as general waste is recycled at our waste contractor’s designated transfer facility. The remaining two percent goes to the heat to energy facility. In 2014 we were awarded a Carbon Trust Standard for Waste; an independent standard which certifies organisations that measure, manage and reduce their waste output, year on year. We are on target to achieve recertification for 2015 too, which is very pleasing.

“Our supply chain visibility system is designed to allow everyone to know exactly where a shipment is in its transmission from manufacturer to end customer. We are looking to define a much more detailed system by creating a concept where we can track an individual product, its size and the quantity of the shipment, and where it is being shipped from.

“We’ll normally have a series of orders that are delivered for a particular one or two hour show so it is imperative to know where that shipment is. By the time we put the show on TV we’ve been able to get the goods freighted, delivered, received, checked and loaded into our inventory. This is absolutely crucial because it is timed to a real-time event on TV, so we need real-time updates on the status of goods.”

Once items are sold, QVC UK uses preferred carriers such as Hermes, Whistl and Royal Mail for the last mile. DX and XDP respectively handle the secure and big and heavy express deliveries.

QVC UK has 2,000 employees, 1,500 of whom are based in Knowsley, making it one of the largest employers in the area. It has built a reputation around environmentally-friendly thinking and has fostered a positive, high-performing staff culture.

Murphy said: “The most effective channel for attracting new QVC team members is through employee referrals. In 2013 we changed our approach to ‘Talent Attraction’ by creating an in-house recruitment team to make the transition from agency based recruitment to direct sourcing and attraction. We also developed our QVC Employer identity. As a result, last year 79 percent of our new QVC team members were recruited either internally or directly by our in-house team.

“When it comes to retention, we are committed to creating the best employee experience for our people. We achieve this through continued significant investment in learning and development, supporting our people in flexible working hours and focusing on health and well-being. Staff recognition is attained through a variety of initiatives such as our peer-to-peer recognition programme ‘Making a Difference’ and other quarterly events.”

QVC UK has also launched its own career channels on Facebook, Twitter, LinkedIn and external job websites. Its strongest areas of attraction are Media Broadcasting and TV production, Contact Centre and Distribution Centre. Outside of internal training and leadership programmes (such as Six Sigma) individuals have the opportunity for other educational training, such as NVQs, Further Education and soft skills sessions. All these components underpin an environment of continuous improvement at QVC UK, and numerous employees have progressed to advanced roles both in the UK and globally, as a result. 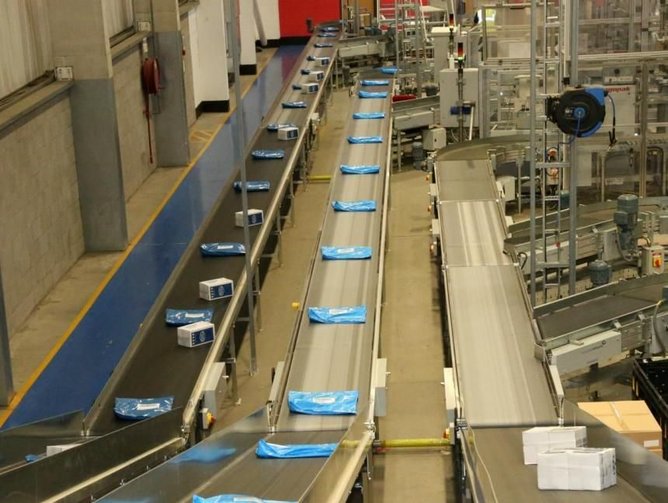 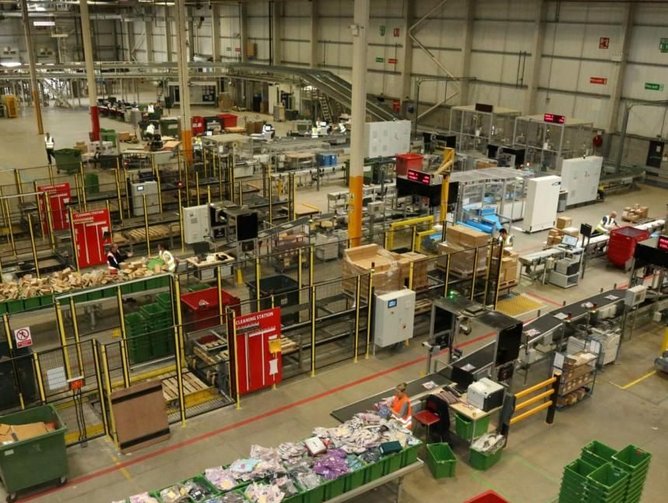 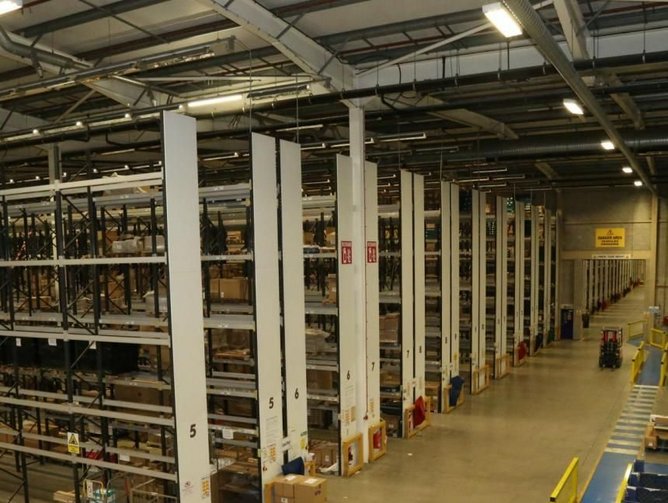 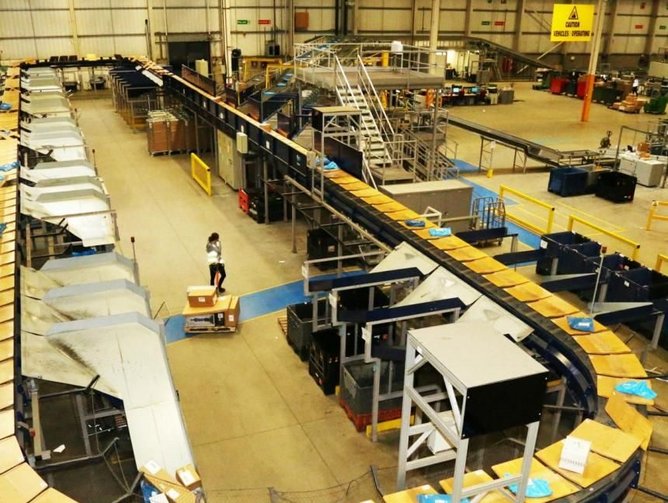 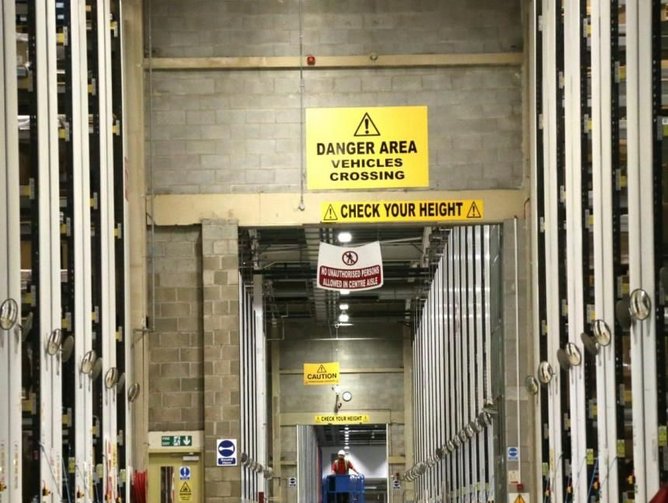