Manitou South Africa has played a crucial role in increasing the company’s worldwide recognition, supplying a diverse portfolio of products to the mining, construction, agriculture, timber, warehousing and defence sectors.

Providing everything from forklifts to cherry pickers, articulated loaders to pallet trucks, it’s the company’s renewed focus on offering   24/7 after-market support that has not only resulted in its significant growth to date, but will sustain the business for years to come.

The high-levels of client support are provided through Manitou’s combination of a customer service telephone centre and a fleet of technicians to handle parts and on-site servicing.

“Part of our vehicle fleet is dedicated to being our Rapid Response Unit, who are available all-day, every-day to support any emergency or need a client may have,” explained Lindsay Shankland, Manitou SA’s Managing Director. “Any query comes to a central calling point, from which are technicians are directed to manage the situation accordingly.”

Manitou SA is a subsidiary of Manitou BF, headquarted in France where the company was founded almost 60 years ago. The global group currently has 20 such subsidiaries around the world, as well as eight production sites, employs more than 3,200 people in total and operates within a dealer network exceeding 1,400.

With mining a core area of Manitou BF’s business, Africa has always been high on its list of priorities; with its products previously distributed through Barloworld’s network for more than three decades up to the mid-1990s when the decision was made to open a dedicated Manitou office in Johannesburg.

“Already having an established and trusted brand resulted in swift growth for the company,” Shankland said. “We have the predominantly English-speaking eastern region, with Manitou BF handling the French-speaking central and western regions.

“In South Africa, the investments we have made haven’t expanded our own footprint per se, but have focused more on growing our dealer distribution network to afford us more coverage across the country and beyond. Currently we have around 13 dealers covering South Africa, Botswana, Namibia, Zimbabwe, Mozambique, Zambia, Kenya and Ethiopia.”

All of Manitou’s equipment is manufactured at its global production sites (in France, Italy and the USA) and sea freighted into Africa. The responsibility for transporting the machines from port to Manitou SA’s facility and finally to the end-user is sub-contracted to Nayle Transport, who has four trucks permanently based with Manitou for that specific purpose.

An increasing part of Manitou SA’s business is in converting the equipment to better suit an individual client’s requirement, such as for applications in underground mining or to make a machine multi-purpose, which it does at its central Johannesburg facility. The parts are again, predominantly imported; however many of the attachments are designed in-house and fabricated by a local engineering company, Turn Fab.

“Supplying three or four additional attachments makes the machines very versatile,” the Managing Director said. “We have a workshop on site and the people in place with the exact skills to get the job done quickly and efficiently. All spare are carried at our facility in Johannesburg.”

It can be challenging for the company to acquire qualified technicians in the current marketplace because of shortage, employee poaching is an increasingly common practice. Manitou South Africa counters this by training its staff solely on its own branded equipment, rather than a broader technical base; an initiative which for now, appears to be paying off.

Though Shankland always has his eye on further countries to expand to, Manitou is such an established name within Africa that often, its products are already being distributed there. Though positive in its own right, expansion is still desirable and so a new method has been shaped.

“Every year I pick two new industries to focus on and tackle specifically. They may still be within say mining for example, but could be related to coal, gold or diamond mining in particular,” he said. “This year our focus continues to be agriculture – which can be a bit of a slow process as you’re trying to change people’s mindset from quite established farming methods to more modern alternatives – and forestry.”

Another area Manitou SA is increasingly looking towards is sugar cane production, which has the potential to unlock a very lucrative client base, so 2013 is set to be a period of exploration with a real push starting next year.

“Ultimately people buy from people, so you have to build a relationship with each customer and gain their trust, giving them exemplary service at every stage, offering support and developing a long-term, mutually-beneficial partnership,” added Shankland.

Looking to the future, Shankland is happy with the company’s current market position and optimistic for the prospects of not only the South African operation, but Manitou BF as a whole.

“In five years time I definitely see the Group continuing to grow and expand; there are always highs and lows, but because we have such a diverse range of interests across such a wide number of industries, as one falls, another rises,” he said. “It’s a big strength to not be reliant on just one market and gives us a really solid foundation, one of the main reasons we want to broaden it out further.

“As important as growing the company – if not more so – is developing our people, continually building up their skills and making sure they are capable of consistently delivering quality customer service regardless of their role or department within the company.

“Another major strength for us is the fact we only do one product – Manitou. We haven’t diluted our offering and through hard work and strong innovation we have become a leader in rough terrain material handling equipment,” he concluded. 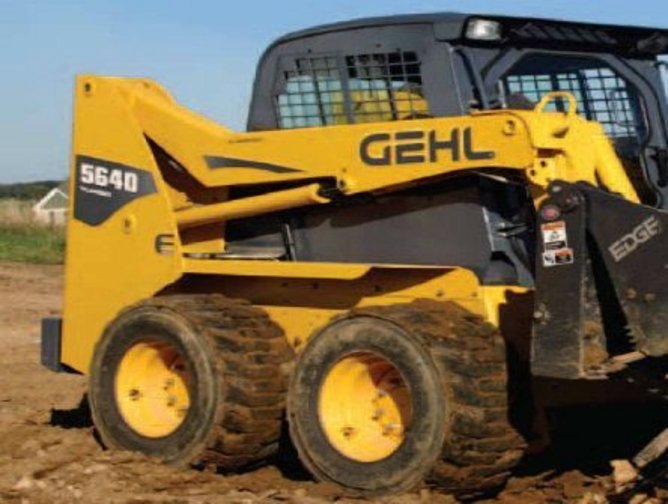 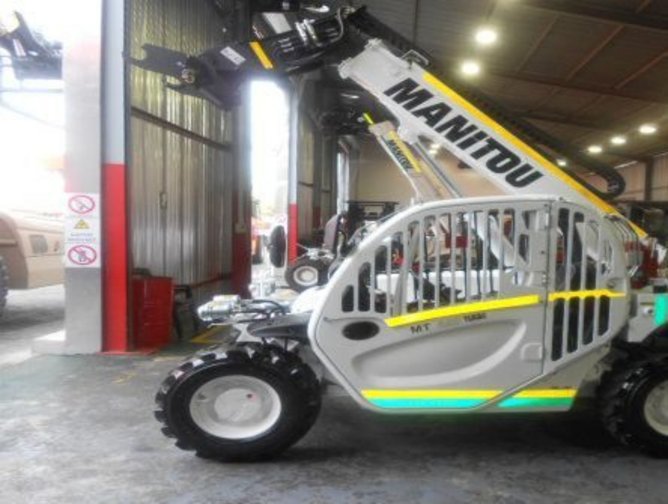 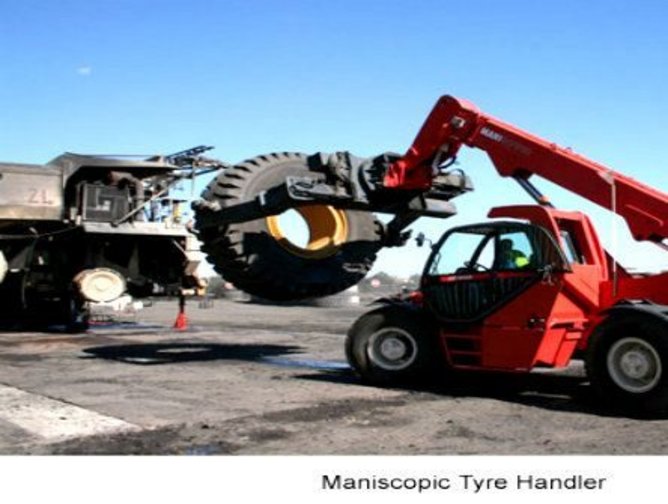 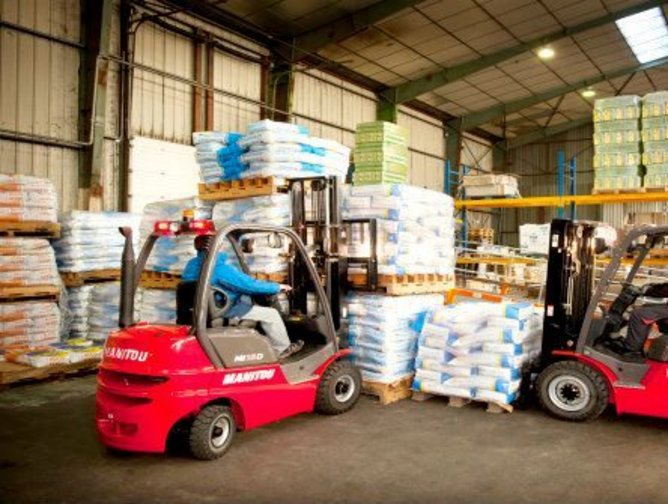 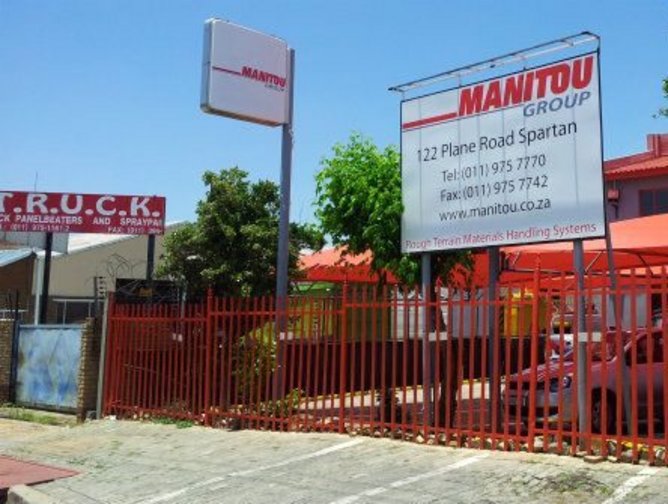 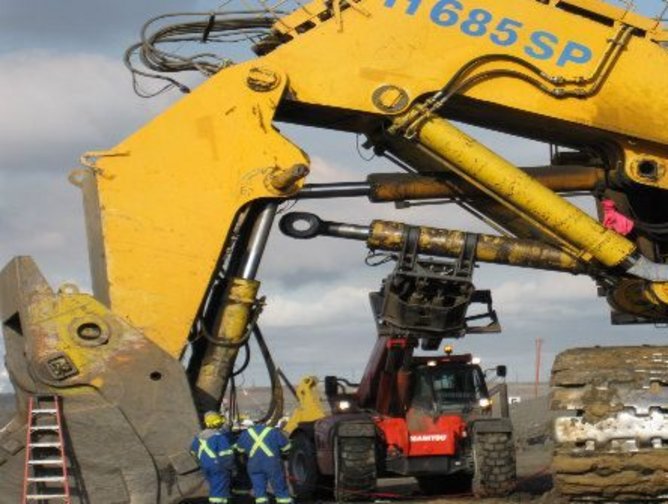 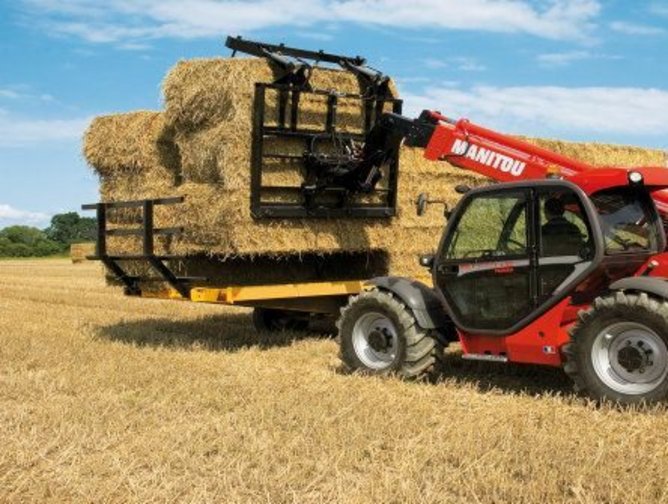 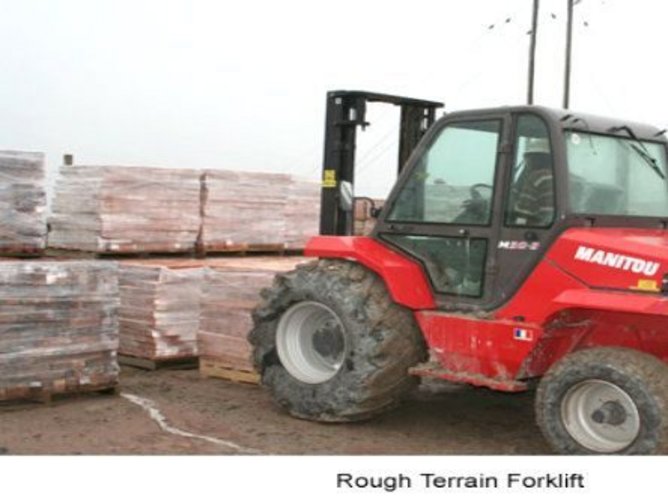