RISE SICS North: On the RISE

RISE SICS North is a new subsidiary of RISE SICS, established in Luleå. “It’s like the Swedish Fraunhofer. There are other countries that also have their own research institute organisations,” notes Tor Björn Minde, CEO of RISE SICS North. “Here it’s called RISE – Research Institutes of Sweden.”

The SICS part of the Institute’s name stands for Swedish Institute of Computer Science, whilst the north references its location in Luleå, around an hour drive from the Arctic Circle.

Minde’s work at RISE SICS North is only part of what he does. “I work at Ericsson, the telecom company where I had my 30th anniversary last year. My current position is Head of Research Strategies. Part-time I’m loaned out to this organisation, which I’m running as a CEO,” he observes.

Originally focused on mobile audio, Minde transitioned into computing activities, which later facilitated his heading up of RISE SICS North. “The nascent activity in Ericsson is called Ericsson Labs and that took me over to more computer platforms and now data centres,” Minde comments. “So, that’s the background of why I’m CEO of this research institute.”

RISE SICS North was formed around the creation of a new research data centre in Luleå. “We have projects on cloud platforms, hardware and software for big data analytics. All of that we run in our two-modules-large data centre,” advises Minde. “We have 200KW installed right now and we are continuously expanding, so we will add another 150KW during this autumn.

Despite being established just 18 months ago, much progress has already been made by RISE SICS North. “We are now at €1.8mn a year in turnover and we have 11 persons right now that work here,” notes Minde. “Our scientific leader is Jon Summers. He is from the University of Leeds –  he started up Data Centre Alliance and is behind the Data Centre Transformation Conferences.”

At present the facility is working on four major projects. “There is one project on data centre automation. If you can have a self-driving car, why can’t you have a self-driving data centre?” Minde comments. “The machine learning algorithm already can perform lots of activities, complex identification problems much better than humans.

“The long-term mission is to come to autonomous data centres, but to get there you need to really measure and model data centres correctly. You need to have a data collection software tool chain and database and you need to have all the tools in place for the sensors. The project is about trying to understand how to make the data centre autonomous and how to optimise the holistic view on automation – it’s a very big project with Ericsson and ABB involved.

“We have one project about how to use natural convection and draught in data centres so you can reduce the fan use. It’s a real thermodynamic project,” continues Minde. “The third project is to look into how a data centre can be a part of the smart grid in the future. A data centre has lots of battery, it has a water tank for cooling and it has an intrinsic possibility to be a big battery. It can then be a load balancer in the grid.

“The fourth project is really about using analytics in new applications, so that it’s beyond big data at an analytics level,” Minde explains. “We have some pre-studies on heat reuse and liquid cooling and we hope to expand them. We’re looking into drying wood and also liquid cooling. So that is what the data centre is used for – different types of projects to understand how you can create better data centres in the future.”

Head in the cloud

The first module of the data centre, a room-in-room module, has been running since February 2016. “This first module is used for big data analytics, it’s used for some cloud applications and that is running in the servers. We have 200 servers there, some GPU [graphics processing unit] accelerated,” Minde advises. “Then we use the data centre to do modelling.”

“The second module is more a lab and we have built it so we can do a slab floor or a raised floor. We can change equipment easily with much bigger doors and we can move equipment in and out. We can exchange coolers and racks, we can exchange lots of different equipment there. Module three, that we’re going to install this autumn, will be an open computer lab,” Minde explains.

Outside the modules the space will be used for smaller experiments in a wind tunnel, a cube for thermodynamics, a water tank, solar panels on the roof and renewable energy storage. All to be built during the autumn. On the roof there is also a cooling tower that will be used.

In order to work on such a number of projects, RISE SICS North is collaborating with several partners. “The companies are Ericsson, of course, and ABB are involved. Additionally, there is Vattenfall, the power company, and Swegon, the ventilation company,” advises Minde. “EON is another power company involved, alongside a number of smaller companies like Acon, Metria, Eitech, BnearIT, ArctosLabs, Netrounds.

“We also collaborate with Facebook, it’s first European data centre is being located just next door. Facebook has donated equipment to the research data centre, and plans are in the making for setting up projects together,” explains Minde. “Another important partner is the Luleå University of Technology. We have only been around for one and a half years, so we will expand the number of companies involved, but we have counted the companies we count as being part of our network, and it’s nearly 60-plus.”

Looking ahead, the holistic view of the data centre will become increasingly important for RISE SICS North. “The whole system needs to be much more integrated to make it optimised. It seems to me that some parts of the data centre industry are very conservative – they do what they always have done. If you need redundancy, you hit the solution with a diesel engine and that is not the future – we need to find other ways to do redundancy. That’s why we’re around, to challenge the way data centres are built,” acknowledges Minde. 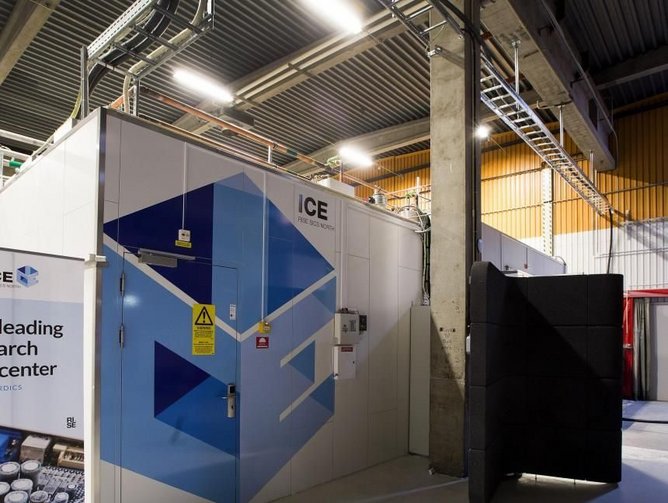 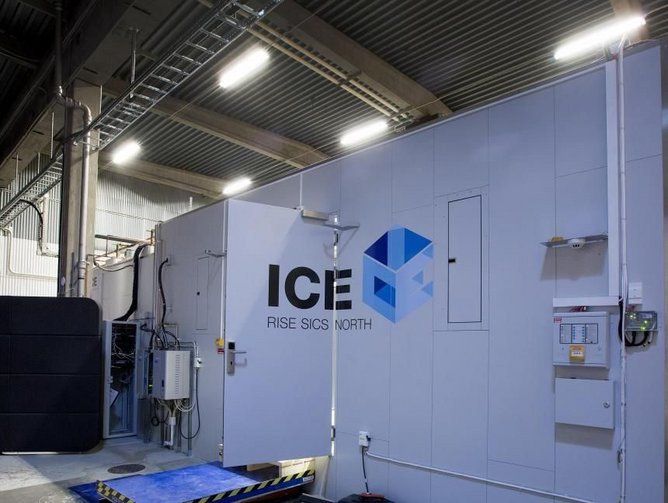 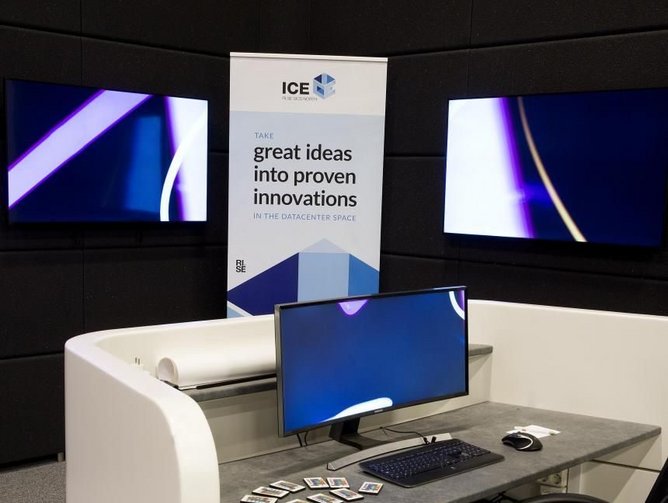 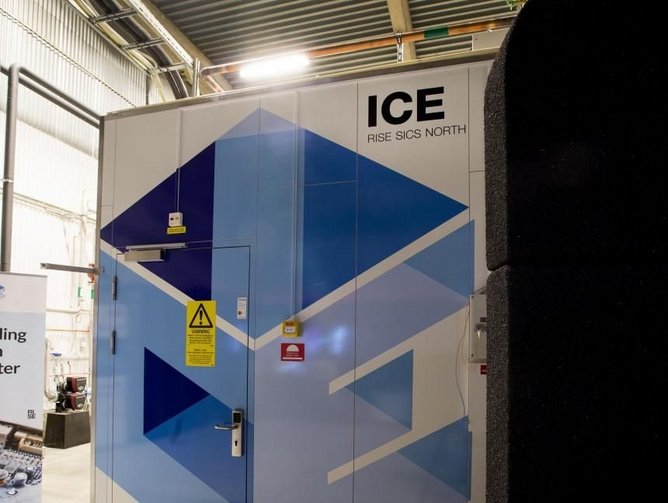 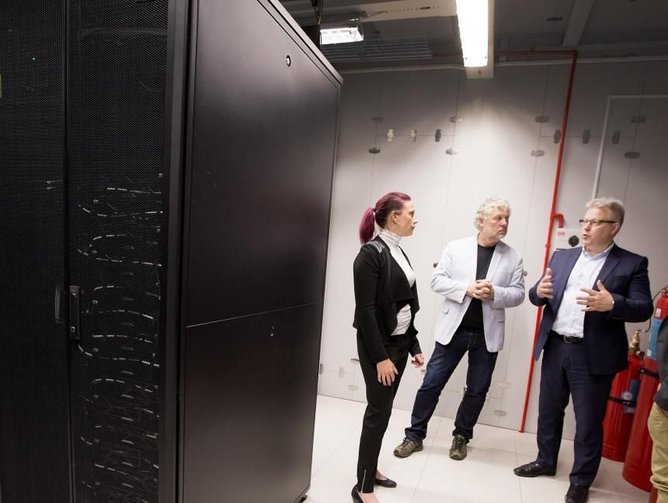 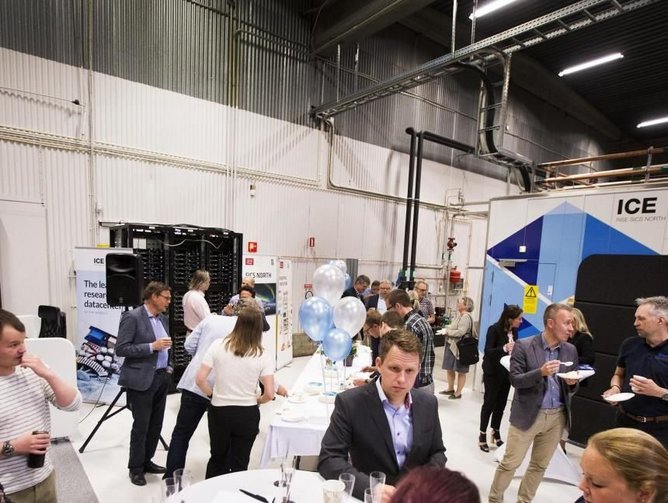 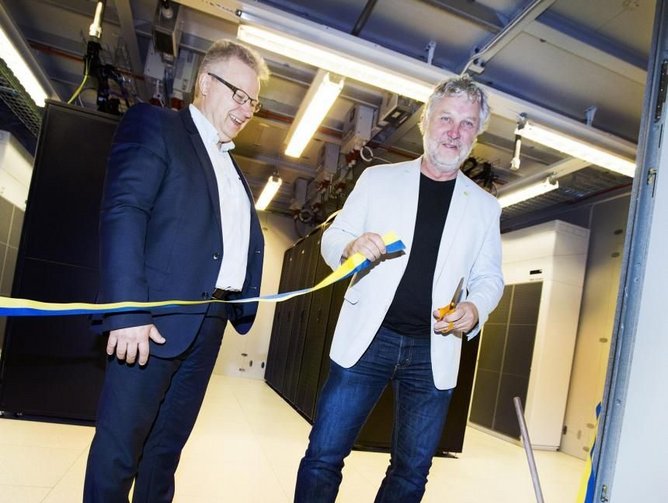