Bringing affordable and quality Homes to Africans is one of the main drivers behind the construction and development company “TAF Nigeria Homes LTD.”

The firm, which was founded by Chief Executive Officer Mustapha Njie, is on an upward trajectory after entering a public private partnership with the Rivers State Government to build 900 housing units in the Golf Estate project.

The joint venture project has resulted in the establishment of RIVTAF to bring the 40-hectare development to fruition.

Njie said: “We started negotiating for this business about two years ago and then in December 2012 we signed a joint venture agreement with the government of Rivers State and registered this company, RIVTAF Nigeria Ltd. with the purpose of developing 900 housing units in Port Harcourt.

Work on the $160 million project began in March and to date about 30 percent of the work has been completed.

“It is an innovative project” explained Njie. “The agreement is under a ‘special purpose vehicle ‘with the Rivers State government providing the land as their equity and everything else is done by our company TAF Nigeria Homes.

“Our company is responsible for the design, construction, marketing as well as the financing of the project.”

The development will provide a mix of housing including 608 two and three bedroom apartments, 62 town/terraced houses, 130 luxury, four and five bedroom homes and 31 villas set around a golf course, hence the name, RIVTAF Golf Estate.

Other amenities will include a club house, swimming pool and tennis courts, as well as a shopping centre, sports hall and recreation centre.

Njie is hopeful of beating the 30-month build deadline and that this showcase development will open the floodgates to similar projects throughout Nigeria’s 36 states.

“We are very much hoping to replicate this project in other Nigerian states as demand for affordable housing in Nigeria is very high right now,” he said.

Not only is the project providing much needed homes for families but it is also creating a wealth of jobs for a wide variety of workers including engineers, electricians, builders and construction labourers.

“I would say we have to close to 2,000 people working on the site. We employ a lot of smaller sub-contractors and my company is doing all it can to help train some of these young contractors,” said Njie.

“I have more than 30 years’ experience in the construction industry. There is nothing within construction I have not done. So I have set up a training programme which we run on site.”

Since its formation, Njie ‘s company, which started life in the Gambia as TAF Construction Ltd in 1990, has expanded rapidly from constructing a small development of service apartments to later developing a hotel.

In 1995, the business was restructured and holding company the TAF Holding Company set up to umbrella TAF construction, building materials suppliers and estate development.

The TAF operations later registered businesses in Senegal, Mali and in 2011 in Nigeria. Njie hopes further country names will emerge as the company widens its footprint across Africa.

He said: “We have our eyes on Sierra Leone, Liberia and other west African countries where we are seeing demand for affordable housing on the increase.”

But for now the focus is very much on Nigeria where Njie sees the most opportunity for his flourishing business.

“We have plans to work with both the Federal and State governments to set up vocational training centres so that we can train the young men and women of Nigeria in construction skills,” he said. “We very much hope that by the time we start our next big project we will have had land allocated by the governments for such a facility.”

Njie, who has won many accolades and awards at National, Regional and International levels, including being named three times The Gambian Businessman of the Year, European Council for Global Business award 1998 for ‘Quality and Excellence’, Africa SMME in Construction award 2004, has engaged a number of indigenous companies within the west African sub region and Nigeria to make RIVTAF‘s housing ever more affordable.

For the construction of the apartments, Njie has shied away from conventional building methods and imported ready-made steel structures from Dorset-based Reidsteel.

“They ship out the structures to us in containers and when it comes to putting them together it takes no time at all. They are rigid, earthquake resistant and they look like conventional building but it is a much faster and more affordable method of building,” said Njie. “I have been working with Reidsteel for over 20 years.”

Part of the development has involved dredging into the river bed and taking 500,000 cubic metres of sand. Where possible local materials are being used such as wood and aggregates, but tiles, doors and windows are being sourced abroad and assembled on site.

“We are using roofing tiles from a Belgian manufacturer, although we are dealing with their office in South Africa and a lot of materials are coming from the Far East and China,” explained Njie. “We are also sourcing for goods in Spain, Brazil and Indonesia, so in many respects it really is a global operation.”

TAF Holdings has completed similar projects in the Gambia and it was partly down to the high quality of these works that the company secured its partnership with the Rivers State Government.

“In a 600-home project we completed in the Gambia, we planted 1,600 trees along the streets and we are planning to do the same thing on the Golf Estate, only this time we will plant 2,000 tropical fruit trees including oranges and guava,” he said.

“Our aim is to make the development both environmentally friendly and beautiful.”

The RIVTAF partnership also offers potential buyers a one-stop-shop, which will not only provide them with a new home, but the finance deal to secure it.

The company has partnered with a number of leading financial institutions to provide mortgages for homebuyers. These include Zenith Bank Plc, First Bank of Nigeria Plc, Access Bank plc and ASO Savings & Loans Plc.

No stone has been left unturned in this development plan which Njie hopes will act as a showcase for other state governments looking to do a similar partnership.

“Forging a public private partnership in delivering this type of housing product works well and it is very much my ambition for the company to continue delivering affordable housing in Africa for many years to come.

“We have established relationships with good suppliers and reputable banks to deliver this programme, which is a truly international effort,” he said. 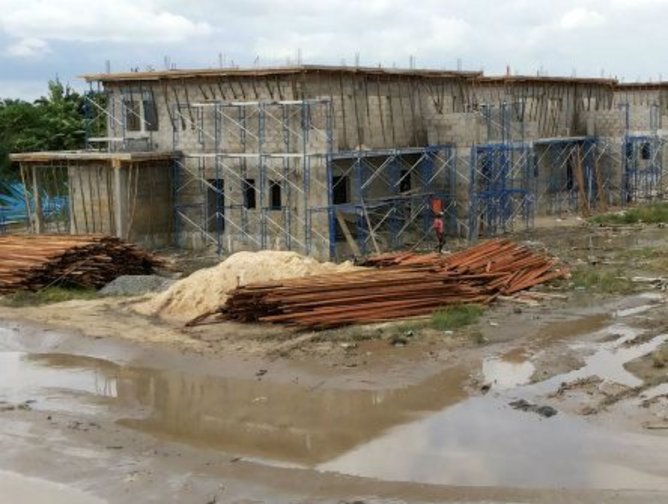 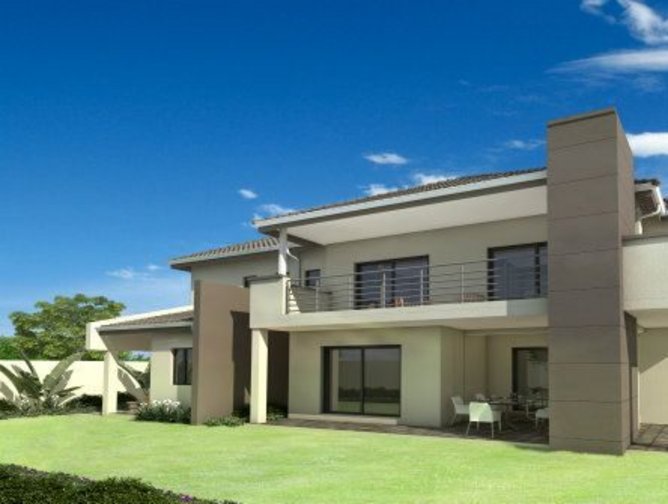 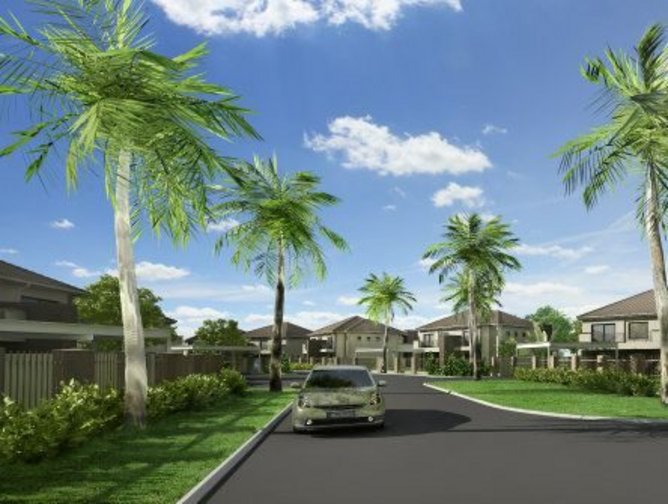 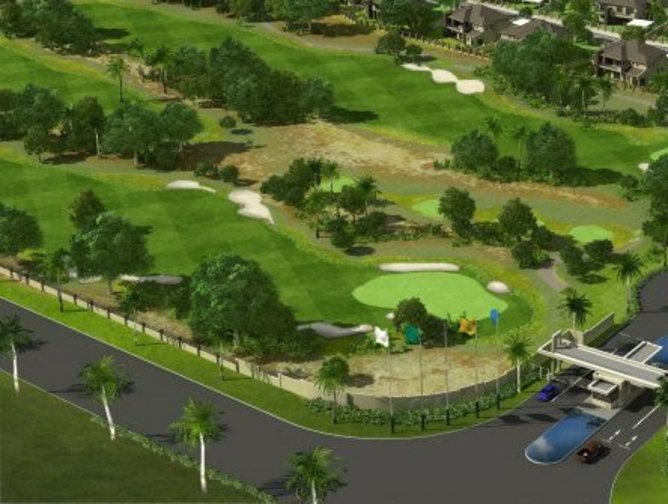 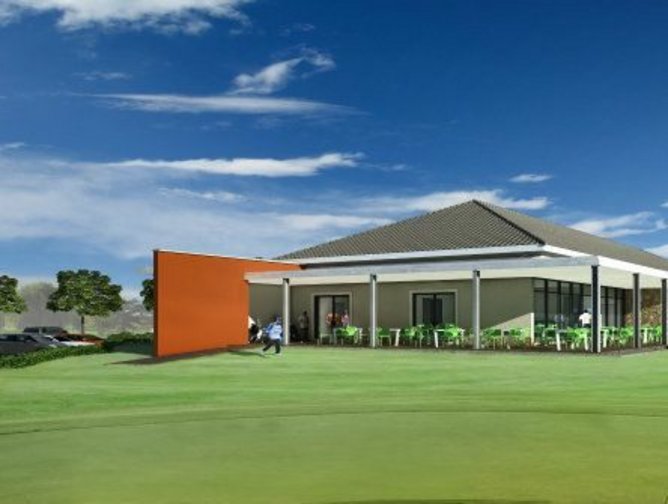