Entrepreneurship requires hard work, vision, dedication. It is also useful if the entrepreneur is in the right place at the right time, and if he or she has a supportive network. Abhishek Ajay Shah certainly ticks a number of these boxes; he comes from an entrepreneurial family, which developed and leased out warehouses in the UAE and it was with their support that he came to the UK to study civil engineering and business management at Warwick University. It was there that he developed a fascination for supply chain management, so after a spell learning its practicalities in Singapore he returned to Dubai determined to start his own business.

He quickly perceived a gap in the market for a competent asset-based logistics services provider in the rapidly growing city state. “They were just starting to develop Dubai World Central (DWC) together with Al Maktoum International Airport, which aims to be the largest airport in the world. We approached them in 2006 and the next year became the first company to sign a lease there.” Within a year construction of a 25,000 square metre facility had commenced.

The size of this warehouse was justified by the huge potential of DWC and the dearth of affordable space at DWC for third party logistics, or 3PL services. “We created a new brand and a new company, RSA Logistics,” says Shah, “with the objective of really differentiating ourselves and being the first mover into this newly developed zone.” However, the new company got off to a slow start, as the planned 2008 opening of Al Maktoum International was affected by the recession and the first cargo flight did not land till June 2010.

Even when RSA Logistics opened its doors for business in March 2009, customers were shy of the newcomer. “There was a lot of customer education to be done and it was costly and time consuming for us to show that we could add value to their supply chain,” he reminisces.

Nevertheless, he soon made up for the fact that RSA had yet to make its name by collaborating with large multinational asset light freight forwarders. “These are global companies that do not believe in building their own facilities but prefer to work with companies like ours,” he explains.  “They had the customer base, we had the operational ability on the ground and the local know how. Together we provide a unique contract logistics solution.”

At the same time, to differentiate RSA from any competition, the decision was made to invest heavily in technology. “Customers today want quick, easy and agile solutions that integrate with and talk to their own systems. We developed our own software and programming, and that was a great success and a big contribution to our story.”

Focusing on the petrochemicals market, the company set out to obtain chemicals handling accreditations not widely available in the UAE, a move that brought in its first multinational customers as Dubai started to realise its investment potential and Abhishek Ajay Shah’s patience paid off when the company became self sustained in 2012. Since then it has experienced three years of solid growth.”

It was already apparent by the end of 2011, Shah continues, that handling chemicals would be a mainstay of the business going forward. All chemicals require specialised treatment at every stage in the supply chain, so he employed a specialist consultant and set about adapting the facility, as a result of which a considerable volume of business was being transacted by 2012. “That’s when our biggest customer at that time put us in touch with the Alfred Talke group from Germany, which already has a presence in Saudi Arabia, Qatar, Oman and Bahrain. This was the start of our positioning as a specialist 3PL provider for the petrochemical industry, something that simple did not exist before.”

In May 2013 the partners created a 50/50 joint venture company RSA-Talke. In February 2014, a state-of-the-art warehouse, specifically designed to meet the needs of the chemical and petrochemical industries and offering an impressive capacity of 19,000 pallet spaces for class 3, 4, 5, 6, 8 and 9 dangerous goods, coupled with tailor-made freight services, was opened at DWC. It complies with the highest safety, environment protection and quality standards, such as the National Fire Protection Association (NFPA) standards and the EU's ATEX guidelines on explosion prevention.

Other verticals being addressed by RSA Logistics include spare parts for aerospace and automotive clients within a recently opened a modern integrated warehousing facility, and chilled foodstuffs at a state-of-the-art multi-temperature warehousing facility which is ISO certified and rated 5-star by the Dubai Multi Commodities Centre. “We’d like to see the temperature-controlled side of our business expanded and I’d expect to have added frozen goods handling facilities by the end of next year.”

So in less than seven years of operation, the organisation has expanded at a rapid pace: it has seen a 44 per cent growth over the last three years, a growth rate that he is comfortable to continue as his target for the outlook period. Current employee levels of 180 are expected to increase to the region of 250 in the next two years, and a significant amount of this growth will be outside of the UAE.

In 2013 RSA established itself in fast expanding the East African market when it acquired a local company Trade Winds International based in Kenya – the country of Abhishek’s birth. It is currently investing more than $5 million in an integrated warehousing facility there, with an eye on the fast-moving consumer goods (FMCG) market and for existing customers in the UAE that would like to set up a hub in East Africa. He believes there is a defined need in East Africa for 3PL and outsourced logistics, and also identifies an opportunity in India for the expertise that RSA has developed in hydrocarbon logistics. By 2018 he would like to see a thriving business established both in Kenya and on the subcontinent of India.

Though the company has budgeted to spend a further $55 million over the next three years in improving and extending its Dubai chemical and petrochemical facilities and on taking its cold storage facilities to the next level, it will also be developing its work in what he calls ‘on-site logistics’ – managing the assets of clients to improve the inventory management systems within their own facilities and allowing them to more effectively fulfil their orders and manage their supply chain.

Asked about the reasons for the success of the company to date he identifies the people, and the efforts they have put into training and policy alignment. “Everyone is now on the same page, and getting behind our vision for the business, adopting lean principles and going the extra mile for the customers and their colleagues.” 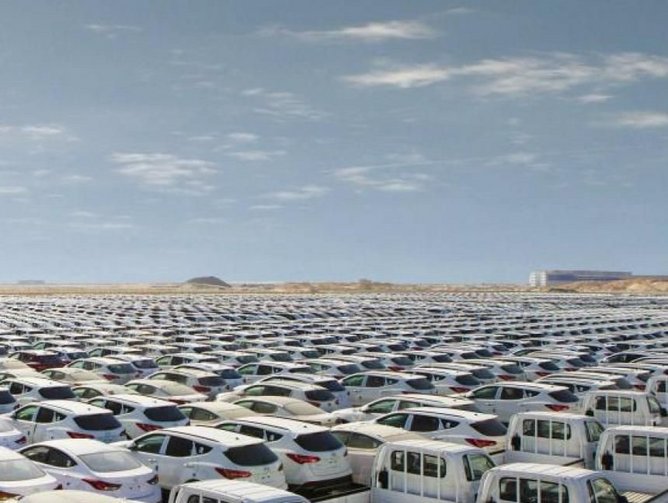 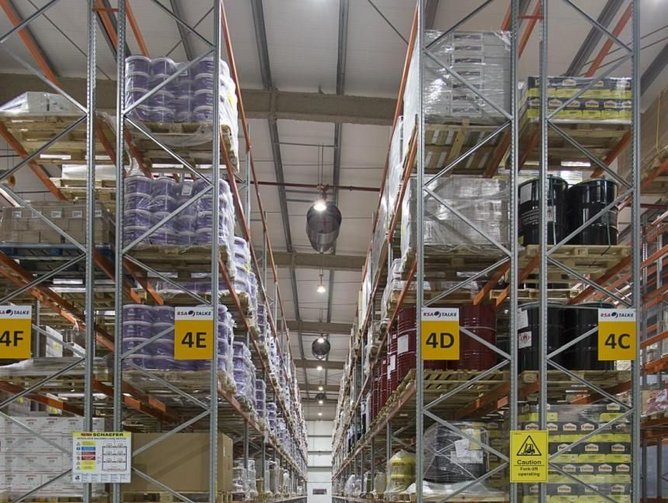 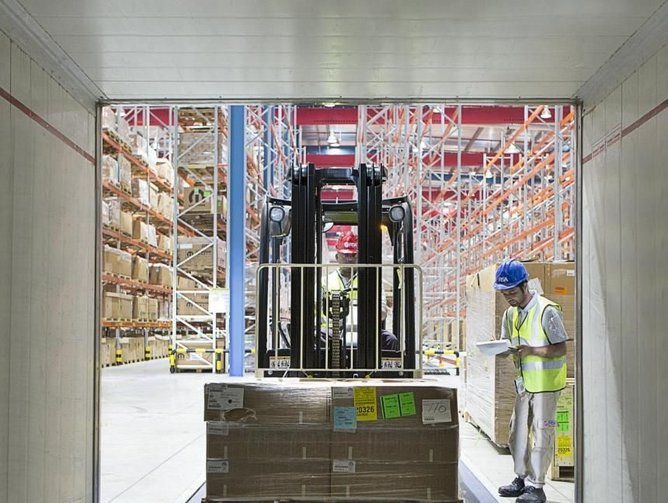 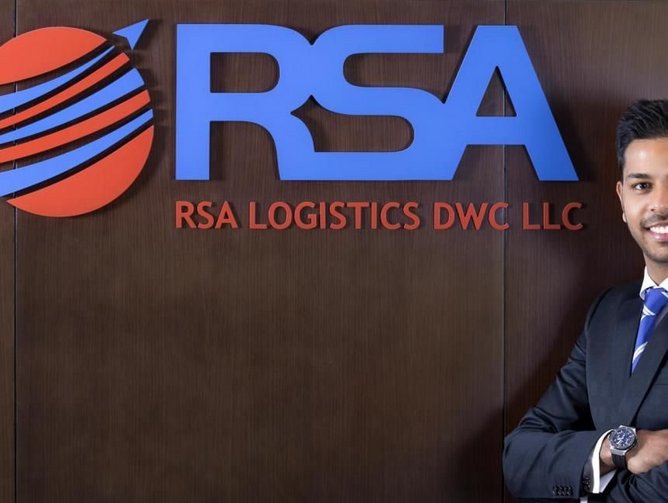 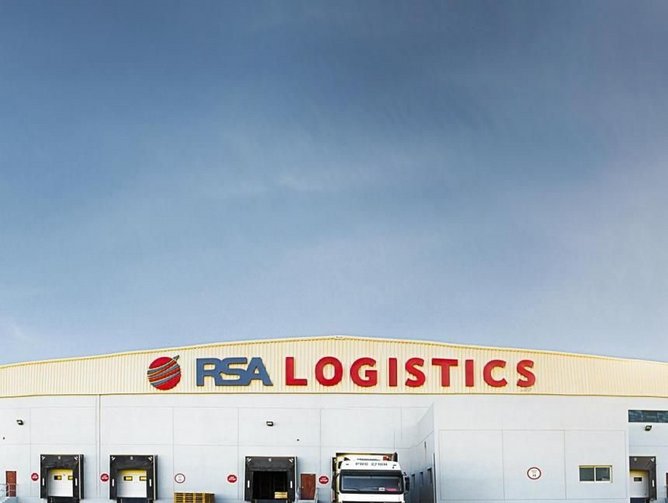 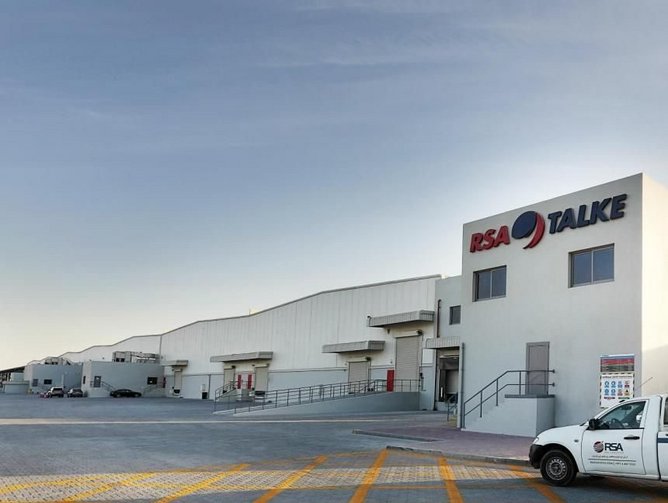 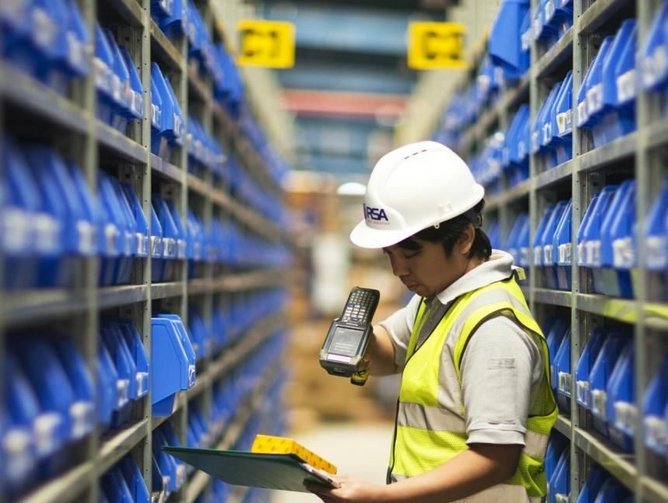