When RSA, the former Royal & Sun Alliance, restructured its global business in 2014 it had grown into something of a behemoth business with tentacles reaching all over the world. As the global financial crisis hit, the less profitable businesses became a brake on the more dynamic parts, so it was decided, under its new CEO Stephen Hester, to dispose of the businesses in emerging eastern European, Far East and Latin American countries and refocus the group on the profitable and dynamic UK, Scandinavia and Canada markets. It was an effective strategy, resulting in 473 percent growth in underwriting profit in 2015, and 221 percent growth in profits after tax.

Results of this sort couldn't be achieved by corporate restructuring alone: the business needed to be transformed from within. Each of the three regional businesses has tailored its transformation to the perceived needs of its customers. RSA Scandinavia embraces the Codan and Trygg Hansa brands that are among the top three insurers in Denmark and Norway, and Sweden respectively. The businesses in these countries have been under the leadership of Patrick Bergander since he was appointed CEO in June 2014, reporting direct to the group CEO Stephen Hester. Some six months later another key appointment, that of CIO, was filled by Pedro de Freitas, who has been with the RSA group for more than 20 years, and to whom fell a major part of the technology transformation of the business in Scandinavia that changed it from a traditional provider of insurance cover to a company that can fulfil the expectations of the generation that came of age at turn of the millennium.

The first weekend of July this year was an epic one for the IT team, says de Freitas. It saw the switch off of the old CSC infrastructure platform and its replacement by Wipro under a seven-year deal with the Indian company to manage all of RSA’s data centres, cloud, and end-user services, plus a multi-lingual service desk for Scandinavia, based in Poland. “It's like a heart transplant operation throughout which the blood flow has to be maintained,” he says. “We are now in hypercare mode, scrutinising every little issue in case it's a sign of rejection. The weekend switch-over was a massive achievement, the culmination of six months preparation, but I'm glad to say it went really well.”

This was the most fundamental step of many migrations and implementations that go to make up RSA Scandinavia's transformation programme. The Wipro deal is part of a company-wide review of its legacy IT infrastructure accumulated through decades of mergers and acquisition, however the Scandinavian business has mapped its own modernisation route based on the needs of its customers. “We invested in a new datacentre and new supplier but we have to move all the furniture,” he explains. “This is a massive change programme, because so many things are still being done in the old way. We have to get it right – we want it to be future proof because we don't want to have to do it again.” The Wipro partnership with RSA Scandinavia is critical, he adds. The entire RSA mainframe stack has been migrated, and midrange systems are being migrated, together with all end-user computing, by the end of September. The service desk will follow by end of 2016.

There are several drivers for change, including the need to grasp the saving IT can offer in terms of greater efficiency, greater productivity and cost reduction. However Pedro de Freitas identifies the key driver as the customers themselves. “Why are we doing this? Just look at how customer behaviour is changing. The millennials are starting to think in terms of the technologies that define their lives – today it is mobile, and the rapid growth of IoT but they know that in five years there will be another transformation through nanotechnology, biotechnology, the rise of wearable technolgy and the concept of blockchain. If we are to stand and watch it happening and don't do anything we will be dead. My pitch to our regional board was that we need to be transforming the core essentials of our infrastructure or we'd be building a house without foundations.”

A transplant is a change of heart in more ways than one. IT is driving the change to a flexible workforce to match the flexibility we have noted in the market: the business is currently moving its calendar and e-mail systems to Microsoft Office 365, changing their working environment radically, and paving the way for a great increase in bring-your-own-device (BYOD) approaches. “We're fostering an any time, any place anyhow mindset that matches the expectations of the profile of the age groups we are seeing coming though our doors – whether they're employees or customers.” Accordingly his team last year migrated from the old Lotus Notes platform to Outlook, boosting workplace engagement and productivity and facilitating the next step into Office 365.

Microsoft is also RSA's technical partner on its CRM and general ledger replacement programmes. Security is not compromised by cloud solutions, he assures. State of the art security is embedded in the chosen outsourced platforms, and in the margin based insurance business getting the right risk to reward balance is vital.

In 2012 he brought on board Danish company TIA technology to replace its 30 year old core insurance platform, which was no longer either flexible nor cost effective, taking up to 16 weeks to change a parameter due to lack of documentation and code in excess of a million lines. “Implemented across all Scandinavian business units it will allow us to get closer to our customer needs and create a good platform to grow our business. With TIA we have become much faster in the way we address and match market needs and expectations.” As an example, he says, creating a new rating factor for workers' compensation now takes only hours as opposed to eight or nine weeks under the old system.

The last example show how much can be gained by doing things faster. Acceleration is the second key concept after that of transformation, and an enterprise application building platform was needed to deliver exceptional flexibility and usability – not to mention faster and lower cost development. For this, RSA Scandinavia chose a low-code, rapid application development platform from OutSystems to accelerate its digital transformation. “It is our choice for the fastest and most comprehensive way to create, deploy and manage custom mobile and web applications,” says de Freitas. “All that is delivered seamlessly across all devices.”

And when it comes to developing current applications, Capgemini is boosting the company's capabilities in existing application development and maintenance, which includes business intelligence systems, integration, compliance, and payment systems.

Having these systems in place enables the company to innovate, and to make the fullest use of the technology that is coming on to the market. A great example is the way drones can now be used to collect data on claims – they are a much quicker way to gather data on an incident or event such as a forest fire or flooded area and record it photographically, much more cost effective than sending out a helicopter.

Turning to innovation, Deloitte is the strategic implementation partner whose engagement with RSA Scandinavia has been pivotal to transform “business as usual” particularly in Denmark. “Deloitte is the partner for our core system transformation, a cornerstone programme in our strategy to deliver market-leading business capabilities, supported by a more efficient IT organisation.

Accelerating our time to value is key in our vision and Deloitte has helped us drive the adoption of Agile ways of working and digital capabilities. Our new customer front end solution for small and medium sized businesses in Denmark draws upon its new agile delivery process and also Deloitte Digital’s capability offer,” de Freitas adds.

Another key partner is Tata Consulting Services (TCS): its effectiveness in processing claims is one of ways an insurance company is judged in the market. The legacy claims management platform had been tailored to Swedish operations and didn't work so well with the systems used in the other Scandinavian businesses neither was it capable of supporting growth: it would have needed massive modernisation to cater for today's market demands and support RSA's customer agenda.

TCS was called in to provide a new claims application named CLAN that works with all the Swedish back end systems and manages the claims process from beginning to end, introducing automation to simplify the workflow involved. It works with all the region's currencies and languages, can capture the large data flows from innovative sources, and is virtually paperless. “TCS's offshore centre of excellence from has enabled us to automate most of our regression and performance testing as well as enhancing the quality of our IT deliveries. TCS is also our strategic partner for cross country CRM implementation,” says de Freitas.

Keeping track of the business costs and benefits of the whole transformation process can't be done by traditional accounting methods. To gain insight and transparency in the complex area of the costs and financial benefits across the process, RSA Scandinavia needed to invest in technology business management (TBM) tools, so it turned to the US-based company Apptio to enable the assessment of IT service costs and communicate those costs to the management for planning, budgeting and forecasting purposes. “Apptio has been integral part of our journey,” he adds. “These tools help me as the CIO to run my technology departments as a business, tracking hardware, storage, cloud usage, applications, energy usage, cybersecurity, telecommunications, and reporting obligations.”

Business led, IT enabled, and cost-effective

Here we come to the central point of how IT adds value to the business – knowing how to arrive at the cost of getting a customer on board. This, he says, creates a solid relationship between IT and the business. “The four elements I keep in my back pocket when having executive discussions are: Transform, Accelerate, Innovate and Value. Each of these is urgent, and they are all interlinked. For example, there's no use talking about automation if you don't have the infrastructure that can handle that automation. If you are going to use a process robot that does the tedious task of converting one type of policies to another you have to back it with infrastructure that can load more digital documents, otherwise the innovation will lose its point.”

Facebook and Amazon realise that stable infrastructure is vital: the former has changed its mantra from 'Move Fast and Break Things' to 'Move Fast With Stable Infra!' “It's a promise to users to make new tools less buggy,” according to Mark Zuckerberg. That is a good way of describing what is happening at RSA Scandinavia. For employees and customers alike, buggy tools are anathema – they expect their social and communications tools to work, so why not their business tools as well? Of course, Google and Amazon are only a decade old, he compares ruefully. It's more of a challenge turning round a ship the size of a centuries old insurance company, but it has to be done, and the benchmark has to be looked for in the fastest moving and most successful businesses on the planet. 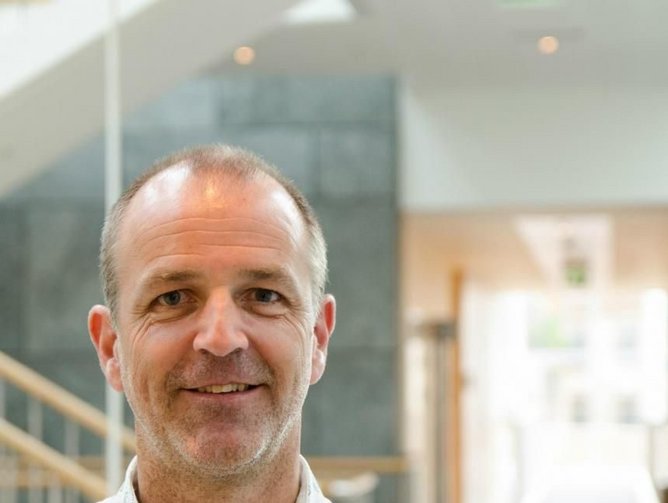 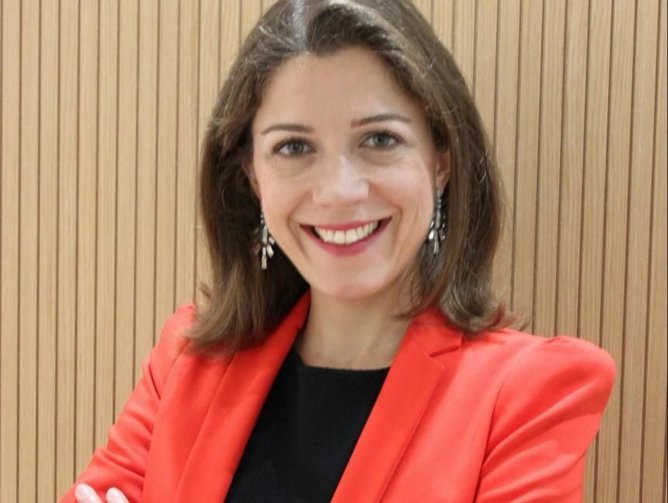 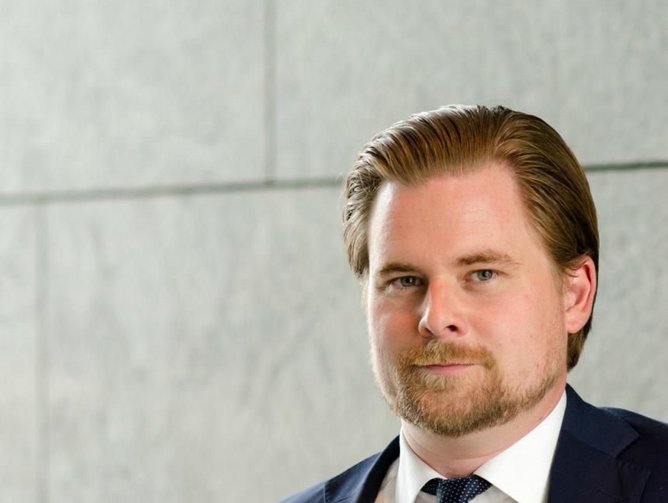 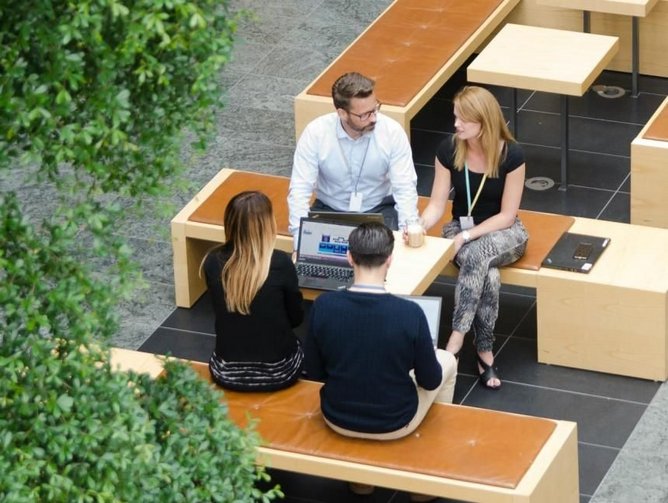 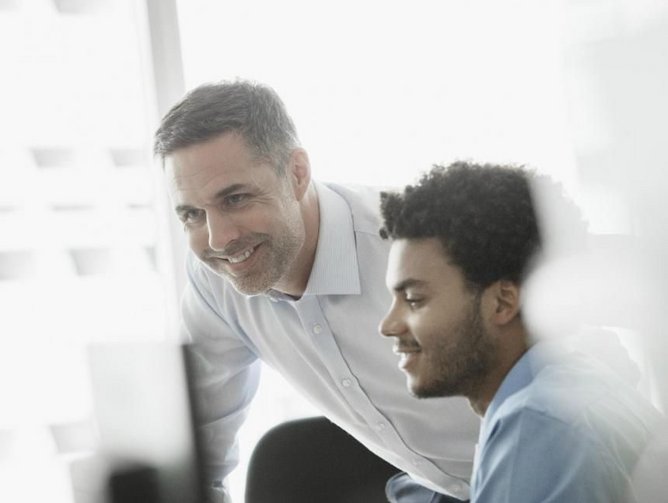