Luxury ship yard  Princess Yachts International is about to launch a line of innovative performance vessels at the same time as pushing the button on a new multi-million pound facility which will bring jobs and prosperity to the area around its headquarters.

The Plymouth, UK-based company, which will celebrate its 50th year of operations in 2015, recently received a £4.6 million grant from the UK Government to build a new boatyard in its home city, creating some 300 jobs and securing another 400 while increasing its apprentice scheme intake from 50 to 90.

The £260 million turnover business is spending £35 million on the new 25-acre yard, with  deep-water access and  a world class superyacht hall.

Managing Director Chris Gates said: “The Government supported it because we are a highly skilled company, the jobs we create are the top end of requirements, so our wage rates are good and we have an excellent record of delivering what we commit to.

“What they see is a company that is taking market share on an international platform, is growing and has strong parentage.

“A lot of work is going on with a lot of people, we have created a very strong order book  and there is general understanding that we are hovering over the green button and a great deal of enthusiasm for us to press it.”

Head more than above water

The 2,300 employee-strong, builder of multi-million pound boats has performed the remarkable feat of actually prospering during the global financial crisis.

While manufacturers put themselves in straightjackets, Princess had the backing of its owner, LVMH group, which acquired it in 2008. LVMH is a multi-billion dollar world leader in luxury comprising 60 brands, among them Louis Vitton, Moët et Chandon, Dom Pérignon, Hackett and De Beers Diamonds, to name a few.

This allowed Princess to take the momentous step of quadrupling development spend to combat marketplace downturn. It grew a complete new business on the side, manufacturing  its M-Class superyacht line to adapt to changing market demand in an effort to find customers for vessels which, by Gates’ own admission, at a time of recession, there was very little demand for.

Gates said: “Being part of the LVMH family has benefited us enormously, it has helped get our name up in lights throughout the world and if you look at us against any of our competition worldwide, we are incredibly strong financially.

“Importantly, it also means we have been able to keep our skilled workforce fully employed through the most difficult depression that any of us have experienced.

“We will look back at that in a few years time and recognise how successful we have been in that period. We are a business that is fanatical about its product, which is very strong on quality, sets its goal at a very high level and has an extremely competent management team able to deliver whatever we set our sights upon.”

All about the product

The M-Class is a true superyacht line reacting to a new type of buyer. As  many customers in the  luxury yacht-buying territories are bucking a European trend of working their way through the ranks and instead going straight in with the purchase of big vessels. Accordingly, Princess has manufactured three different sized yachts, a 40 metre, a 35m and a 32m.

On top of this, the company will next year launch the S-Class, a new range combining sport boat performance with flybridge luxury.

Gates said: “I have been with the company for 25 years, the chairman is the founder and Princess is almost 50 years old, so we have had a wealth of experience of managing some pretty tough situations and we saw warning signs of what was happening with this worldwide recession. Building these boats  gives us and our customers an entirely new option and should bring between £80 to £100 million worth of turnover next year.”

One of the survive-and-prosper techniques of the company was to grow and remodel its distribution network in many areas, making it stronger and further reaching.

Previously, its American business sold through a distributor and boats were marketed under a different name. The unification of Princess’s sales team with LVMH brought the strength to change this situation around and rebrand as Princess Yachts America. This has enabled the company to increase its presence at US boat shows and grow in central and southern America.

Gates said the brand name grew throughout the recessionary period and this has unquestionably brought business to his company.

Changes to the manufacturing techniques have also taken place in recent years.

Princess, said Gates, was strong in Lean manufacturing techniques prior to the recession. Therefore, what was required was to remodel that Lean implementation to become a little more flexible, to change manufacturing rates to match market demand.

The Lean approach was built on and adapted into one known as ‘Agile’. Factory layouts and build rates were transformed.

“We needed to be able to keep hold of the lean disciplines but become far more versatile, far more swift of foot and swift over the ground to make sure we were changing in line with the demand from the market place,” said Gates.

“We don’t believe in putting the same boat down the same line because that brings an awful lot of compromises, we looked at that some time ago but it is very easy to sell a product that somebody wants and very difficult to sell one you are trying to find a customer for, so we put a lot of effort into changing our development plans and then moving production rates up and down as people were drawing product off us, so we were trying to match the draw of the market rather than pushing stock at people.

“The strongest boats tend to be – if you get the design right – your newest models, so we have become very good at addressing the inevitable learning curve when you bring new product in. We have reduced the impact of that dramatically by putting more effort in to engineering the product up front, so what that enables us to do is produce more of a new model early in its life.”

Princess has a  heritage of excellent build quality and of having the best sea-keeping boats in the market and, said Gates, it has, in recent years, invested in adding to that some of the most exquisite interiors.

Princess has been in a development hub with other firms such as Bombardier and Airbus , and has  developed some unique technology to enable it to create far more interior volume in a vessel.

“If you come to our vessels now,” said the MD, “you will see great value for money compared to our competition, a much bigger volume and a higher quality interior.”

Gates is proud of Princess’s membership of the British Marine Federation and speaks highly of the important work they do running national boat shows and supporting companies at the highest level with representation in many technical committees throughout Europe.

He said: “They ensure we are in touch with all the correct standards and they voice our opinion. They also take a lot of experiences from the bigger builders down to the smaller companies and help grow them and that is obviously important to us but it is also a breeding ground for excellent people.

“Any federation has got a tough job to do in a market where money is significantly suppressed and it needs to make sure that the bureaucrats in the legislative departments around the world don’t legislate us out of business.” 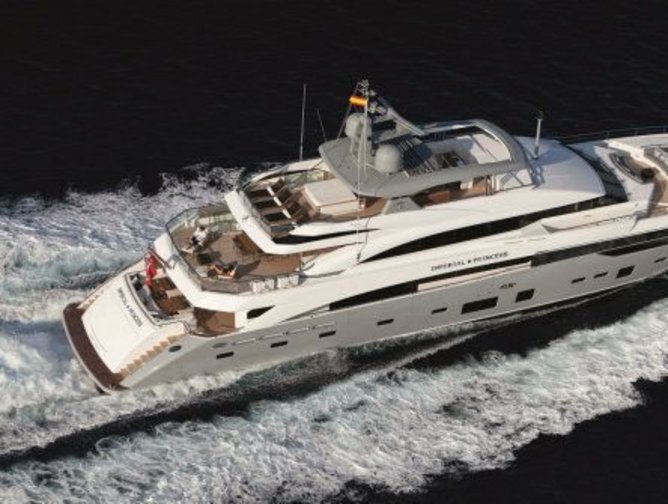 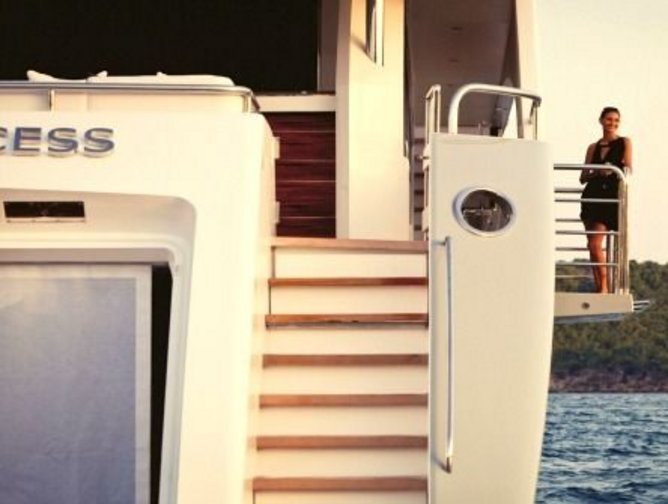 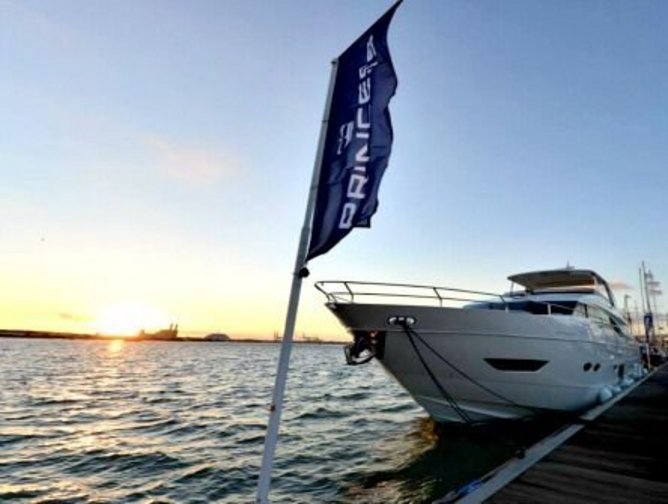 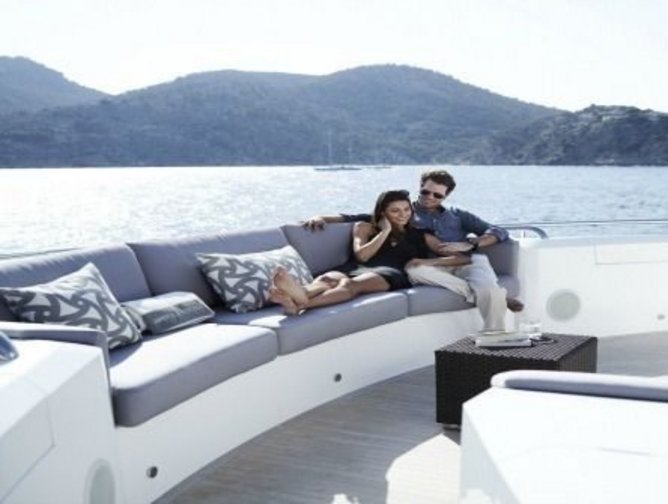 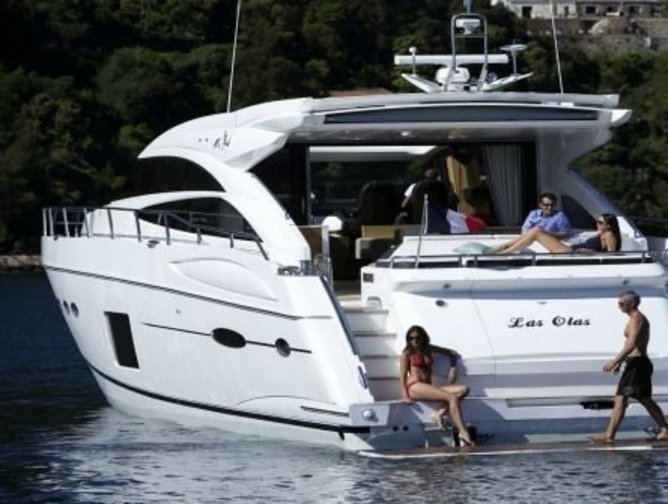 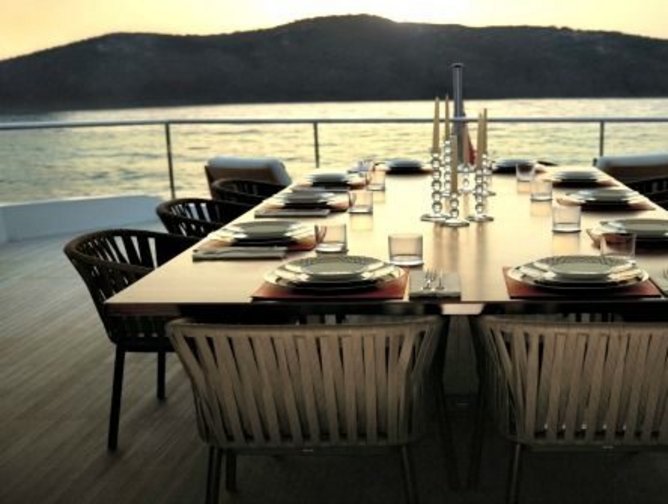 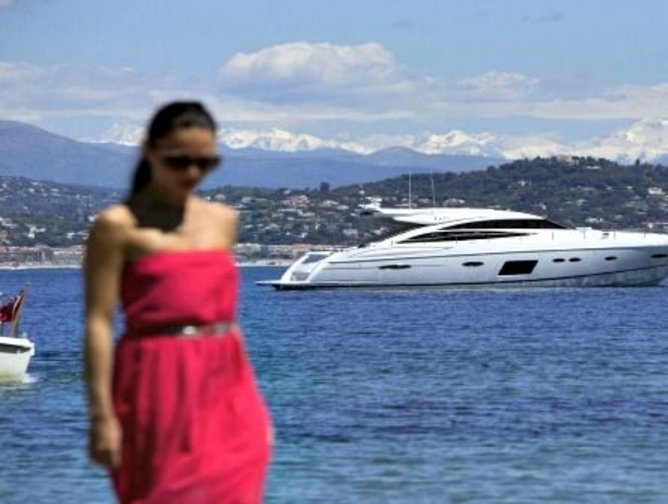 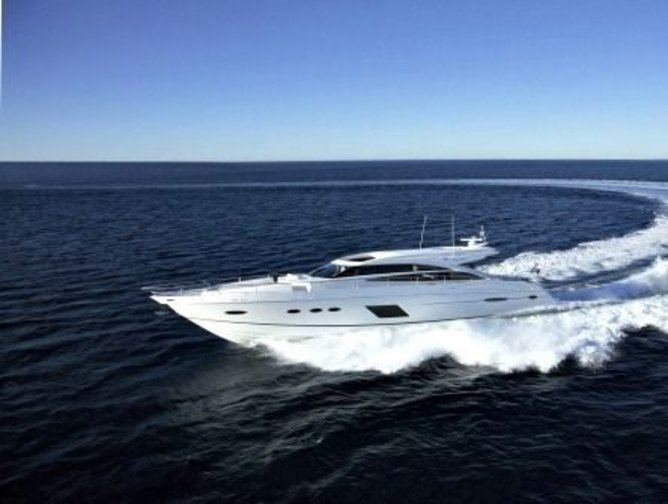 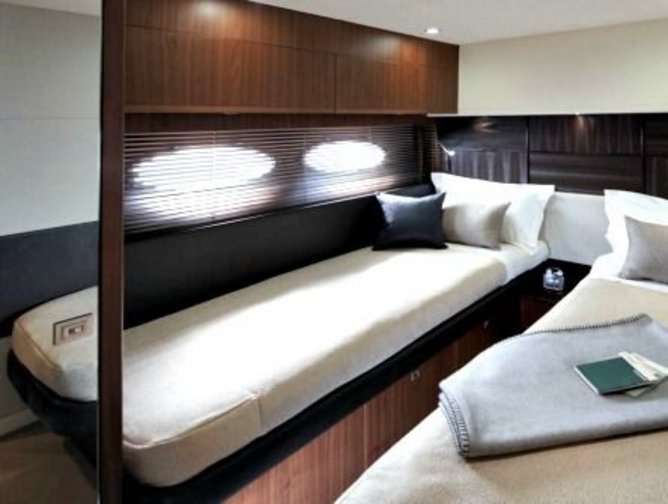