For data centers, sustainability and being “greener” is fast becoming one of the more pressing issues across the industry.

In a data center one of the largest outputs and wastes is heat – heat generated through power. A number of data center providers across the world are looking for ways to reduce that heat and ultimately the power consumption and energy efficiency of the building. Some companies choose to reuse the heat and utilise it as cold air for the cooling system. ForSt. Gallisch-Appenzellische Kraftwerke AG (SAK), the company has found a much more unique way.

“Around 20m away from our data center, a local cheese factory is building a new facility and we can bring in 1.5 million kilowatts of heat energy that they can then use to heat up 10 million litres of milk every year,” says Christoph Baumgärtner, Head of Business Customer Services at SAK.

1.5 million kilowatts may sound like an incredibly significant amount of heat and energy, but if SAK’s data center was at full capacity, it only represents 10 percent of what the company could deliver.

SAK is a colocation data center provider and a fiber network provider based in Switzerland. Baumgärtner comes from a background in electrical engineering and working on connectivity as a manufacturer of cables and connectors. Quite literally, he knows the makeup of a data center inside and out.

This provided Baumgärtner with an opportunity to grasp the major issues that each and every data center provider must face when building a data center.

“Power and efficiency, heating and cooling,” he says. “There’s also security and agility. These really are the key issues and headaches for companies and operators of data centers.”

It was this understanding that brought SAK and Baumgärtner together as he could, at the very first step of designing a data center, look at what would make an efficient and effective data center.

SAK is building a data center with the aim of having a PUE below 1.2 and this meant that the company could achieve this through a free cooling concept, using low external air temperatures to assist in the cooling of water.

SAK partnered with a company called Hoval and designed eight cooling machines to be used as part of the data center.

“They are really huge – we designed our buildings around these cooling machines. Around a quarter of the building is used just for cooling,” says Baumgärtner.

The design of the build, centred around this cooling mechanism, significantly altered the design and build process.

“It made it more expensive in places, more difficult,” he says. “But it also took away some of the complexity in cooling, such as water pipes that we no longer need. Quite literally, you are never going to run out of air for the cooling.”

The culmination of these cooling elements provided SAK with freedom as the company had ultimately found a solution to one of the major problems right from the start. Looking at the energy usage perspective, SAK uses a fly wheel concept from Caterpillar, together with the company’s diesel engines.  Flywheel energy storage uses a rotational system, which lowers in speed as energy is extracted, to conserve energy. Reversely, adding energy to system will increase that rotational speed.

“Through these flywheels, in fifteen seconds we can have enough power to power the building before the diesel engines have even started.” He says. “We are saving around a half of the energy that a battery would use.”

As the data center market in Switzerland begins to set its sights on colocation, Baumgärtner is all too aware that for bigger companies, choosing a data center in Zurich is the preferable choice. It is the smaller companies that SAK looks to work with.

“These smaller companies don’t want to drive to Zurich just to change a hard drive and maintain IT equipment,” he says. “That’s why we started with just a 900-sq. m area of white space, which in essence is just a server room.”

That white space is part of the sell for SAK. As companies choose to work with SAK, the company will continue to sell its server space but leave 10 percent of that space spare. Why? So that when these existing customers look to expand, they can do so in their current data center space and not pack up and seek a different location.

“Companies here can either restructure their entire IT infrastructure, or choose to build their own DC and outsource it to an IT company based in Zurich,” says Baumgärtner.

“New data centers should take as much care as possible to prevent high power consumption in the beginning, so cooling efficiency and UPS efficiency, the most power consuming parts of the infrastructure must be taken care of.”

This is where SAK differentiates itself. The company has incorporated a number of solar panels to help with power generation. But this in itself is not enough, as solar panels experience peaks and dips – where will the power be coming from overnight?

With a construction completion date set for August this year, and the implementation of the technical elements for November and an eye for the first customers to come early 2018, SAK  looks ready to make its mark on the data center industry.

“I believe we are the greenest for sure in Switzerland, but also I think in Europe.” He says. “When you factor in the combination of our energy efficient building, making our own power through solar panels and reusing our heat through a third party, it’s very unique. I don’t know any other data center in the world right now doing this.” 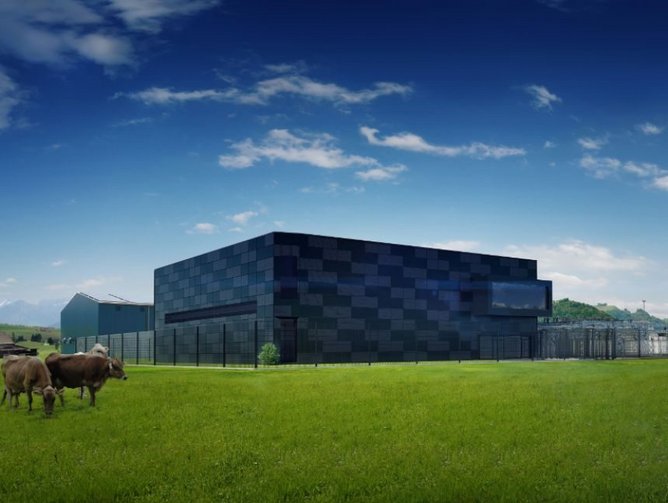 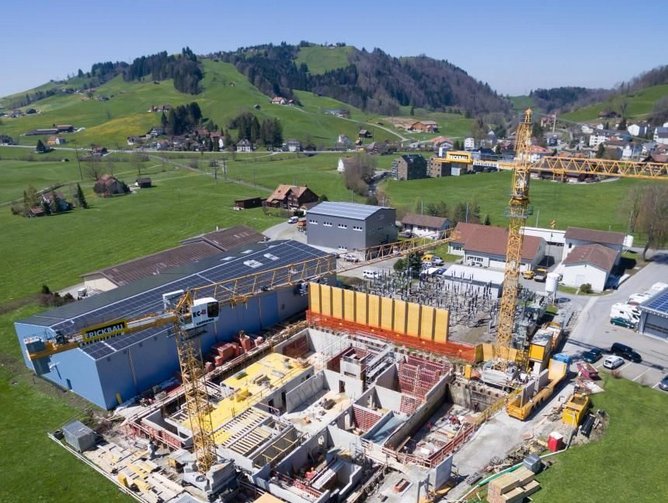