.Scala Data Centers is thinking big when it comes to enabling the next generation of mobile and internet connectivity throughout Latin America.

From Mexico in the north to Argentina in the south - a distance of more than 4,900 miles - Scala is building a series of huge campuses to underpin the region’s data-driven transformation within a time frame of only five years.

It is already the first hyper-scalable data centre company in LATAM to focus on its green credentials plus the expertise and global size of Digital Colony which has more than US $40 billion in assets under management and a powerful investment platform.

“We are investing in the long-term,” said Chief Executive Officer and Co-Founder Marcos Peigo of Scala Data Centers, a successful entrepreneur with 20 years of industry experience, who was speaking from his house close to São Paulo, Brazil.

“We are investing in huge campuses where customers can grow over the next 10-15 years in line with demand for computing power. We are finding places where we can apply 100 per cent renewable power, and we are developing all of these under templates of engineering and operations that are world class,” said Peigo.

“We are just starting our cycle of investment, but instead of developing in lots of smaller data centers that are spread over the country we are developing big campuses,” commented Peigo who pointed out a standard campus for Scala will comprise of one to four buildings with a 20 megawatt critical capacity each, supporting high density (higher than 30kW per rack) deployments.

In 2017 Colony Capital acquired Digital Bridge Holdings and built a multi-million-dollar reserve for greenfield projects (starting from scratch) and inorganic growth in three areas: data centers, towers and fibres. Scala Data Centers was officially formed in 2020 with the acquisition of the colocation assets of the Brazilian company UOLDiveo by Digital Colony for US $429 million and is now leveraging on these three pillars to accelerate growth as the data centre platform for Latin America.

The company's data centre business model is based on hyperscale and colocation projects, building data infrastructure from the ground up to provide space, power supply and high-speed connections to accommodate servers and storage from major global cloud service providers such as AWS, Microsoft and Google.

With the acquisition, Scala took over two data centres: São Paulo One (known as SP1), with approximately 30 MW of total capacity, and SP2, with a capacity of 7 MW. Scala is now expanding its presence with the construction of five data centres in the region: one in Mexico, one in Colombia, one in Chile and two more in Brazil. All work is expected to begin later this year.

In Brazil, SP3 is expected to start operating in June, which should increase the total production capacity in Brazil to 50 MW this year. According to Peigo, it is the first data centre in Brazil with Tier III certification issued by TIA 942, which observes not only electrical but also mechanical aspects, including telecommunications and physical security.

Yet in 2020, Scala has migrated 100 per cent of its energy consumption from its data centres to renewable and certified sources of energy - the first data centre company in Latin America to achieve this milestone and now is developing the next step of its ESG program, to become completely carbon neutral by the end of this year.

Commenting on Scala’s green focus Peigo said the campuses will be awarded with the LEED and CEEDA certification in energy and environmental design. “We are making the right decision at the beginning to be green. I believe this is the least we can do. As we establish this is the new standard in the industry for Latin America we hope others will follow our lead in the next years, as it is in the best interest of present and future generations.”

Scala has also developed an EHS policy which is key for the data center business. “This is a priority at Scala. We are 100 per cent committed to the environment, health and safety of our employees, service providers, customers and visitors in all Scala facilities. We have built a dedicated team led by a senior leadership to conduct regular checks in our facilities and operations.” commented Peigo.

Scala currently has 17 deals between land purchases, greenfield investments and possible acquisitions in Mexico, Colombia, Brazil, Chile and Argentina. “We are developing very aggressively and at a bold pace,” said Peigo.

According to Peigo, Scala has a high quality, growing customer base including a global hyperscale provider and a leading IT platform in Brazil. It is now poised to capture market share in under-served geographies of Brazil and the rest of Latin America.

The power behind Scala is their global investor, Digital Colony, which has 125 data centers and 135,000 route miles of fibre assets. “Digital Colony is the leading investment firm in the infrastructure landscape in the world with more than 40 billion in assets,” said Peigo.

In a bid to accelerate growth during the next six years Digital Colony is focusing on three pillars; data centres, towers and fibre. “We believe the three pillars are the foundation of the new economy and the formation of the progress and the growth in the world,” commented Peigo.

The tower segment of the business includes small cells and distributed antenna systems (DAS) while fibre makes up the third pillar of the digital infrastructure strategy which will interconnect its towers and data centres and serve industries that seek to automate and digitise.

Digital Colony has three major investments in the region in this segment: Mexico Tower Partners (MTP), the largest private wireless tower operator in Mexico; Andean Telecom Partners (ATP), which operates fibre and towers in Chile, Peru and Colombia; and Highline do Brasil, focusing on the Brazilian tower business.

“That increases the size of the company by four times in LATAM. We control and operate more than 6,500 towers in this landscape and globally more than 350,000 towers,” said Peigo.

Scala’s agile strategy means they will be developing initiatives where they will also deploy edge modular tier III data centres, closer to the demand for 5G rollout, Internet of Things (IoT) - which is all part of the evolution of their portfolio.

“We are building a very aggressive and bold plan of expansion,” said Peigo.

“For our campus in Tamboré, São Paulo we have plans under development for a total of six data centers, one already in production and the second under construction, taking advantage of the acquisition we concluded in last December of 45 per cent of the interest in the entire industrial park plus 100 per cent of the substation and the telecommunications infrastructure. A total capacity between 90 and 120MW makes this the biggest data centre campus in the country and in the region.

“We are acquiring two other campuses close to São Paulo to form a triangle offering availability zones in São Paulo State to our customers.

“We worked hard during 2020 to select very carefully where the demand will be in the next five to 10 years, according to our customers indications and market movements. And in that areas, we built a strong landbank to support the development of these large campuses with technology that is really up-to-date,” commented Peigo.

One example of this is SP3, scheduled to deliver on June 1 2021, which will deliver from 17 to 30 kilowatts in an innovative design with ion-lithium batteries and no ups - above the average of all other data centres in the country,” said Peigo.

Demands from the consumer for moving data to the cloud and 5G will not only be improved in the future from core data centres but also from the edge data centres across LATAM. “We will enable the development of new applications and new systems that will leverage the high density and low latency that goes in benefit of the customer,” said Peigo.

“We will naturally enable cloud providers to deploy their capacity in LATAM, which will increase the density of our connectivity, once this is directly related to the quantity and quality of the customers that are hosted into them. The ecosystem is built around the major cloud providers

“We are creating the right conditions for cloud companies and hyperscalers to scale, so they can look at the region and find a global standard of data centres deployed, with a reasonable price delivered by a company, with an extensive proven track record of delivery and that is investing for the long term in the sector.

“And of course, we will leverage our sister companies’ portfolio in towers and fibre to help to spread this much faster than a single data centre company could do. For example, when we talk about IoT with the help of our sister companies we can provide a bundle of core data centre capacity, lT owner of real estate assets and fibre to offer a modular solution in the edge.

“We can connect that to the core data centres, where the capacity is located, and that can connect to our data centres anywhere in the globe, wherever these cloud companies are located - everything goes into our portfolio of digital assets. So this is a massive competitive advantage we have when we leverage all types of assets we invest,” he said.

Scala is working along with their ecosystem partners LZA, Engie and Schneider. “The way we are structuring the company is that we are inviting the market to work with us on the Scala engineering template and that is designed to be sustainable.

“We are working with Schneider to develop SP3 which is the data centre we are delivering this semester. We are partnering with LZA to help us design the data centres templates that we are applying to our international expansion.

“It’s really about creating an ecosystem where they can invest in us because they see we are growing and will keep developing. We have the confidence that we can bring these world-class partners to work with us for the long-term,” he said.

In order to accelerate their platform for expansion the company is using the One Scala Template for all the campuses which can be customised in response to customer demand.

• Technicians can be shared between facilities and hit the ground running

“The idea is that if you close your eyes and open them in a data centre in Brazil will be exactly the same as one in Mexico,” said Scala Data Centers Chief Executive Officer and Co-Founder, Marcos Peigo.

“We are using the same architecture, equipment, design and features as a standard and will provide adjustments to the requirements of each customer,” he said.

The power behind Scala Data Centers is Digital Colony - their operating partner which already has global assets of:

The right people, in the right place, at the right time, is how Chief Executive Officer and Co-Founder Marcos Peigo of Scala Data Centers describes his team.

“Who makes a company? It's not the money, it's the people, it's the team. We are blessed at Scala Data Centers. I believe I have the right team and the right set of customers,” he said.

Scala is also investing in the future by offering 28 scholarships in electrical, civil and mechanical engineering for young talents with economical restrictions. 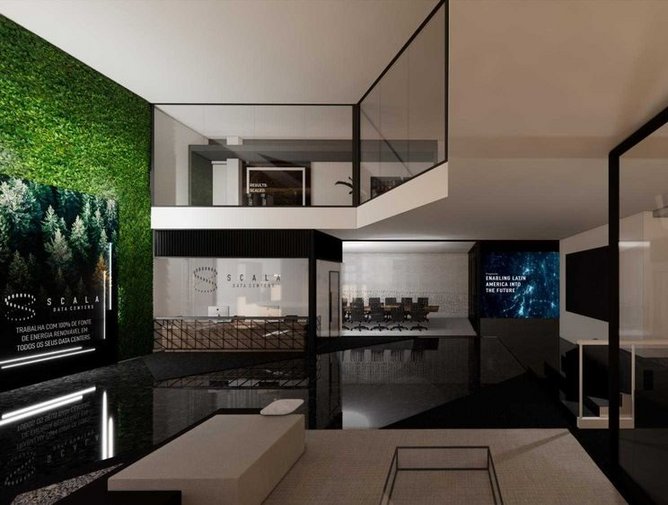 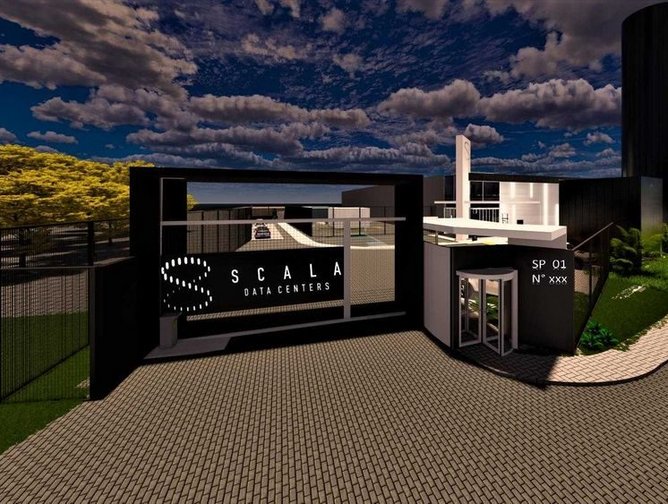 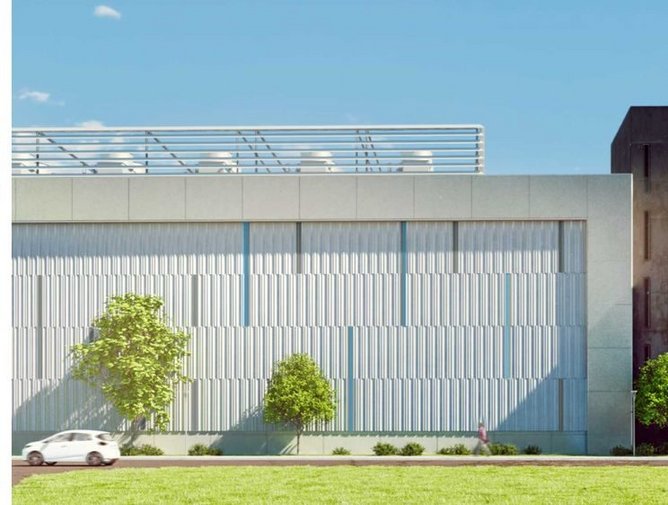