One of the most exciting spaces in the current mining industry right now, is Senegal. As more and more mineral exploration companies invest in the West African continent, Senegal really is an emerging market with incredible potential.

For Bassari Resources, an Australian listed gold company currently transitioning from explorer to producer, the company is strategically placed to shape the future of this market and capitalise on its mineral potential.

The company has identified some 30 gold anomalies in the Bassari permits in the under-explored Senegal Birimian greenstone gold belt in West Africa, which borders the countries of Mali and Guinea. The company is currently focused solely on the development of its flagship Makabingui Gold project, with a targeted production date of early 2018.

The Makabingui Gold project consists of an ore reserve of 860,000 tonnes at 5.7g/t for 158,000 ounces of gold. These reserves all fall within Makabingui’s resource of 1mn ounces of gold at 2.6g/t. In addition, drilling has identified 8km of strike at Makabingui South.

A tale of two studies

As the company has completed two independent feasibility studies, Alex Mackenzie, Executive Chairman, will call upon over 30 years in the mining industry to fully develop the project and hit that Q1 2018 production date.

The first feasibility study was conducted at Makabingui in 2014, but due to an extended period of time and significant delays, Mackenzie found that in order to push forward with the development and transition into a producer, a new bankable feasibility was needed in 2017.

“So we had a study in 2014,” he says. “Then we had an application for exploitation/production permit, which takes time. Then an environmental study, and then it needed to go for governmental approval, and suddenly here we are in 2017.” Both the 2014 and 2017 studies showed similar excellent economic results, being a low cost, highly profitable operation with significant free cash flow

At the time of writing, Mackenzie, having received a term sheet from West African bank, Coris, to fund the low capex of US$12mn, is waiting for the bank to now present a formal loan agreement document in order to take the next steps towards bringing Makabingui live.

The goal for Bassari does not simply end at bringing Makabingui into production and making the transition towards being recognised as a significant gold player in West Africa and beyond, Mackenzie is very keen to stress that for him, Bassari is a developer, not a seller.

“I’d like to follow the likes of Randgold and convert Bassari into a major mine player in Senegal,” he says. “This Senegal/Mali belt which our permits cover will, I believe, very much be the next great gold greenbelt in the world. Makabingui and the work we can achieve with the project will play a big role in getting us there.”

Mackenzie is a well-respected name amongst the mining world, having worked as a chartered accountant with a special focus on the mining sector and sitting on the board for a number of mining companies across Senegal, Ghana, Ecuador, Brazil, Solomon Islands and Australia.

Perhaps his most noteworthy work saw Mackenzie discover the mineral potential of the Sabodala Gold mine, the first and currently only large-scale gold mine in operation in Senegal.

It was this significant role in the development of Sabodala that has earned Mackenzie the respect of the Senegalese government, as well as the mining ministers.

“That relationship is vital,” says Mackenzie. “I got Sabodala off the ground with Nic Limb and Jeff Williams of Mineral Deposits (MDL), along with my friend Peter Spivey [Non-Executive Director]. The government fully supports our company and provides me with a sense of freedom to help develop Makabingui and in return, shape the future of Senegal.”

Of course, Mackenzie is not alone. As noted, he recruited Peter Spivey, a successful mine developer who was instrumental in the development and construction of the $250mn Sabodala mine.

For the day-to-day operations, Mackenzie will require more than 200 members of staff to help bring Makabingui into production. For this, the company calls upon the expertise of Mincore Australia, one of the most successful mining and engineering contractors in Australia, Redstar, a construction company specialising in West Africa, and Vanture International, key supplier of mining equipment.

“Mincore really are outstanding. They have incredible experience and some of the best mining engineering people in the world working in Australia,” says Mackenzie.

“Of course, there’s Peter, who has developed a number of mines in West Africa, and will bring a number of his best mining people to work on Makabingui, so we are really well placed on that front.”

The needs of the many

“I am incredibly proud of our social contributions as a company,” says Mackenzie. “We’ve always been conscious of our impact to the local community and we have committed more than $1.5mn on community engagement and infrastructure alone. Having a good, win-win relationship is the only way it can work.”

One such example of the company going the extra mile in order to benefit the local community has seen it take a unique step, one that allows for artisanal mining to continue to take place within Bassari’s mining permits.

“We have allocated an area where artisanal miners can continue to operate in order to continue generating cashflow,” he says. “Most organisations ban this, but we allow that in order to enable the local community to thrive and to prosper for itself, and not just through our direct work with Makabingui.”

As Makabingui approaches production, Mackenzie will soon begin to think about developing a number of deposits that fall under the company’s many identified anomalies along the Birimian green belt with one in particular that could surpass Makabingui and truly define the Senegalese mining space.

We’ve done some initial drilling already and found resources at around 100,000 oz of gold at Konkoutou,” he says.  A number of large international mining companies and consultants have actually stated that Konkoutou could develop into a multi-million ounce deposit. This is all potential of course. Mackenzie’s focus right now is 100% on bringing Makabingui into production and establishing Bassari as a major player in the West African mining space.

“As I said before, I want to emulate Randgold in terms of the impact it has made in Mali,” he says. “It’s not all about making money. We have a real opportunity here with our work on the Birimian green belt to help transform a third world country, and that is what is truly satisfying.” 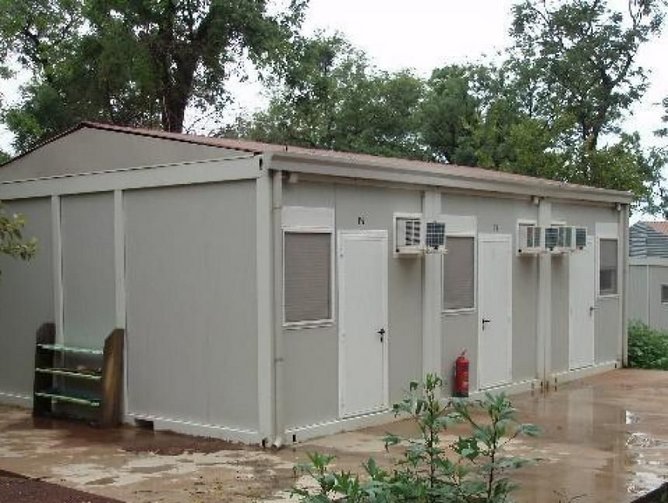 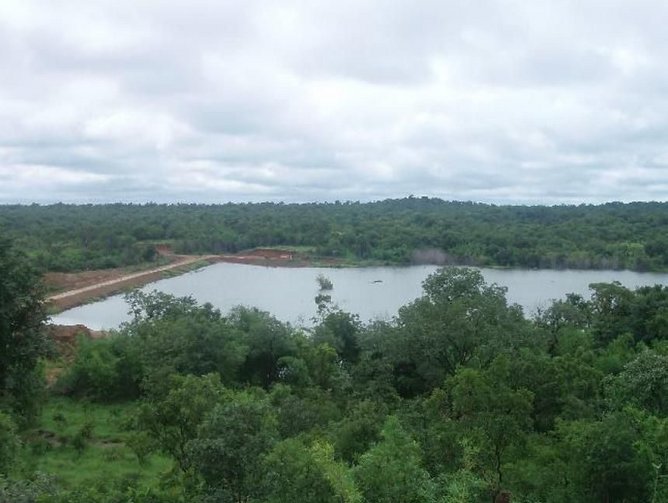 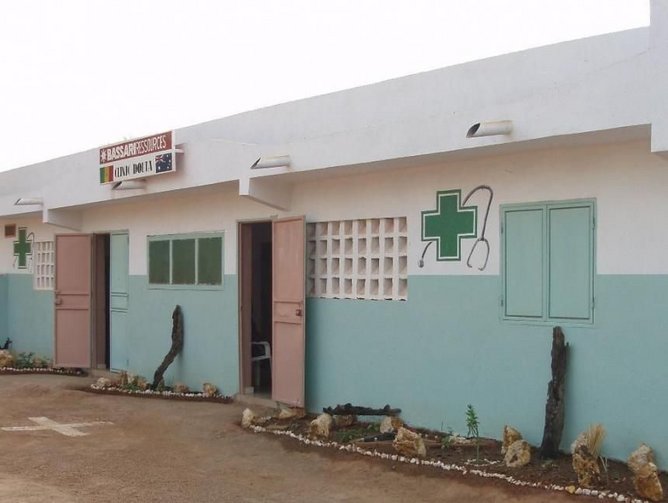 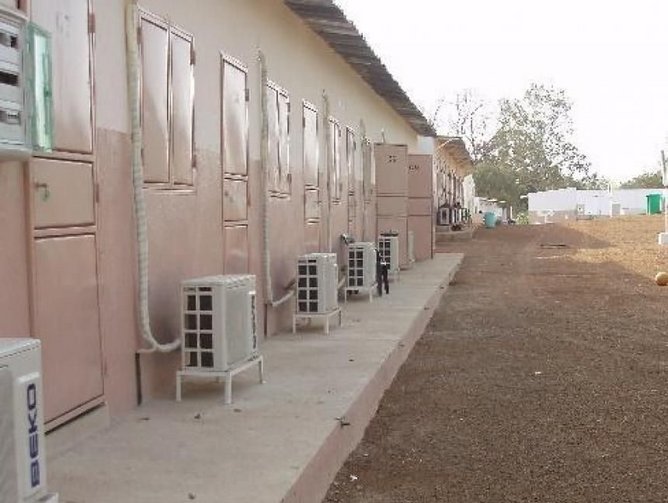 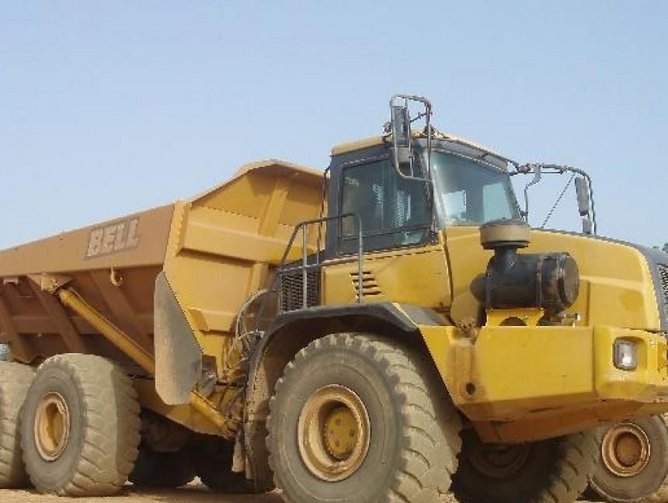 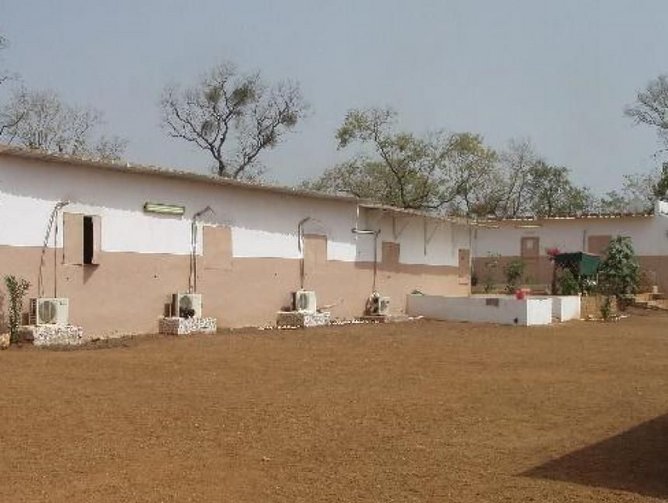