Smurfit Kappa has got it wrapped

In the world of packaging Smurfit Kappa has most certainly got it wrapped with its strong management team, customer focus and top quality products.

At the core of its success is the company’s ability to innovate, drawing on decades of expertise along with the skills to integrate the business as it has grown and developed.

To keep ahead of the competition, the company invests between €300 and €350 million annually on improving its businesses and is currently in the process of establishing a new, €25-30 million, Bag-in-Box production facility in Spain and a new paper mill in Southern England.

The company has grown from a tiny acorn to a giant oak, branching out across the world, harvesting its own forests to provide raw material for its own paper mills and in turn supplying its highly-developed packaging factories.

Its acquisitive nature has helped the company to fuel its growth from a small general box maker, founded in 1934 by Jefferson Smurfit, the late grandfather of the current Group President and Chief Operations Officer, Tony Smurfit.

Tony, President and COO, said: “Acquiring companies is part of our DNA, but what really defines us and separates us from the pack is that we are experts and passionate about what we do.”

“We have really developed how we improve performance in our business and since the merger with Kappa our operations, expertise and knowledge have catapulted us forward and I think we are far and away the strongest in our market.”

This customer-focused business strives to readily meet the demands of its more than 60,000 customers around the world, which include the likes of Unilever, Nestle’ and Procter & Gamble.

For example, the hugely-successful Bag-in-Box division was launched in 1994 and provides customers with an ideal solution for packaging a wide range of liquids.

The company currently has Bag-in-Box facilities located in Argentina, Canada, France, Russia, Spain plus a state-of-the-art factory in Italy.

Roberto Villaquiran, Chief Executive Officer for Corrugated Europe, said: “We are at capacity and last year the Board gave approval for a brand new Bag-in-Box facility to be built in Spain”.

“It will give us the ability for growth in this very exciting product. It is scheduled to be operational in 2014 and will most likely be the most sophisticated facility of its kind in the world.”

Another huge investment the company announced last year is for a new paper mill in Kent, England. A total of € 115 million will be ploughed into this scheme over a three-year period and is planned to come on line by the first quarter of 2015.

Keeping on top of market trends and investing diligently to meet customers’ demand is of utmost importance. An example of this is the arrival of a seven-color high board rotary die cutter for the Polish market. The first of its kind in this dynamic market.

Villaquiran said: “We use high quality print to compliment our product offering. It is important we have the ability to service a whole array of our customer’s needs.”

The Smurfit family has played a vital role in steering the company’s success since it was founded in Dublin, where it still has one of its three global headquarters.

Jefferson Smurfit acquired box-maker Rathmines in 1938 trading afterwards as Jefferson Smurfit. He had a keen eye for spotting companies ripe for takeover. The business was listed on the Irish Stock Exchange in 1964 and acquired a partial interest in Time Industries, a Chicago-based paper and packaging company in 1974.

His son Michael, who became Chief Executive in 1977, continued to build a strong business through to the 1990s and the 21st century when it emerged as a global player.

However, according to Tony, the company’s most seminal point was its 2005 merger with Dutch packaging company Kappa and its subsequent stock market flotation in 2007.

He said: “We were able to build on the expertise of two very good organizations, each with its own particular strengths.”

Smurfit Kappa has developed a unique set of tools to not only help it create new products, but also make sure they perform optimally and deliver to customer specifications.

Arco Berkenbosch, Vice President of Marketing and R&D for Corrugated Europe, said: “We have developed a set of tools to translate our expertise, innovation and drive for our customers.

“We have set up the world’s largest innobook database of packaging solutions, which draws on the collective intelligence of some 700 designers worldwide. If you put all of these ideas on paintings there would be enough to fill the Louvre in Paris.”

Research plays a large part in the excellent customer service Smurfit Kappa is able to offer. Before even approaching a potential new customer, the company will have done extensive homework to find out just what their needs are.

Villaquiran commented: “We have a very clear and structured approach, which sometimes can start three years before we even knock on their door. Our team will look at all the different facets of a potential customer so that we can present them with a value proposition.”

Power to the people

Empowering the workforce has been another major factor in the company’s own continuing success story. Smurfit Kappa champions a decentralised approach whereby management within each region, division and facility has the ability to make their own decisions.

Tony said: “If you have great people you can do great things and what we do is empower our people to make their own decisions for the best interests of the business they are in. We also make sure our people are well remunerated and incentivised.”

As well as looking after its people, Smurfit Kappa has an exemplary record for looking after the environment too. It is the only packaging business in Europe which is able to say all of its boxes come from sustainable sources, with all its main corrugated plants FSE-certified and PEFC-certified in 2012.

“We are very proud of what we continue to do in sustainability,” said Tony. “We have an A-plus rating on our sustainability agenda and we often find that our customers come to us for advice on how to do their own sustainability programs, which we are very happy to help them with.”

Smurfit Kappa is consistently building on its strengths and looking for opportunities to develop the business and its acquisition of the Orange County Container Group completed at the end of 2012 will help to bolster its Latin American operations.

The $340 million acquisition has given the company a much stronger presence in Northern Mexico providing it with five additional operations and excellent paper making facilities. The company produces some seven million tons of paper per annum in both Europe and Latin America.

Villaquiran said: “One of our strengths is the ability to integrate companies and cultures and that is very important. We are able to take the best of each company within the organisation to make it even better.”

While the economic crisis in 2008 has taken its toll on the company, its strong and focused cost reduction program has allowed it to continue doing well despite the difficult trading conditions.

Tony said: “We have been able to give our customers continued improvements whether from sustainability or box performance and help them reduce their costs because of the breadth and quality of the company; we have been able to weather the storm pretty well.”

The 2005 merger with Kappa, which brought together two strong businesses, was also cited as a reason for the company’s ability to continue performing well through the recession.

But rest assured the future for Smurfit Kappa looks nothing but rosy. The multi-national is well placed to take advantage of an upward trend in the economy when it finally arrives.

Tony concluded: “I think our focus on developing our asset base by internal improvement, along with our five-year plan of capital injection into our business allied to acquisitions which give us the capital appreciation and synergies will allow our Company to continue to grow and develop.” 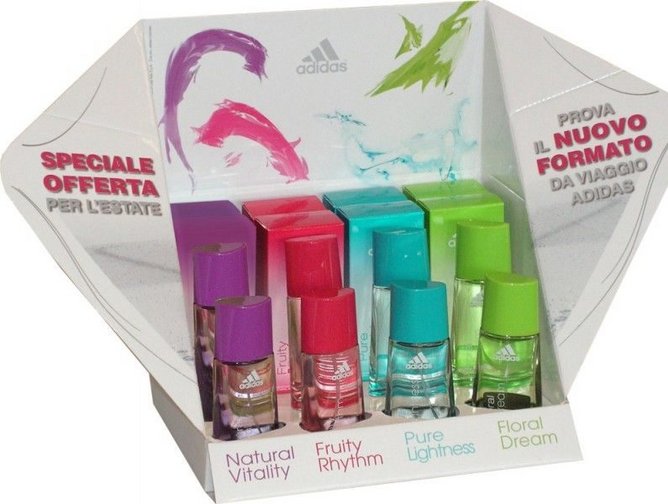 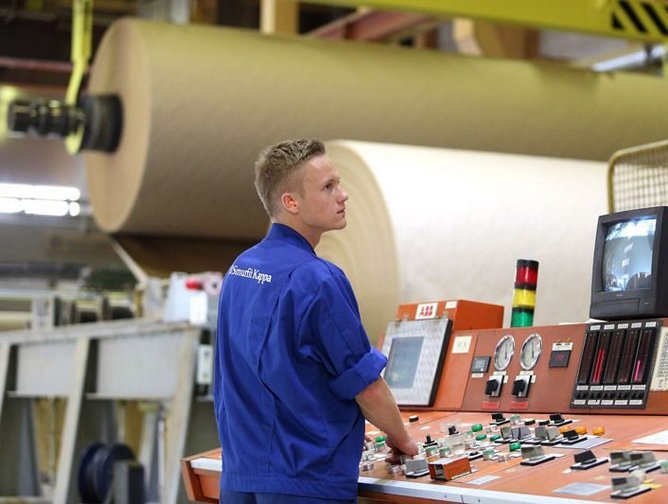 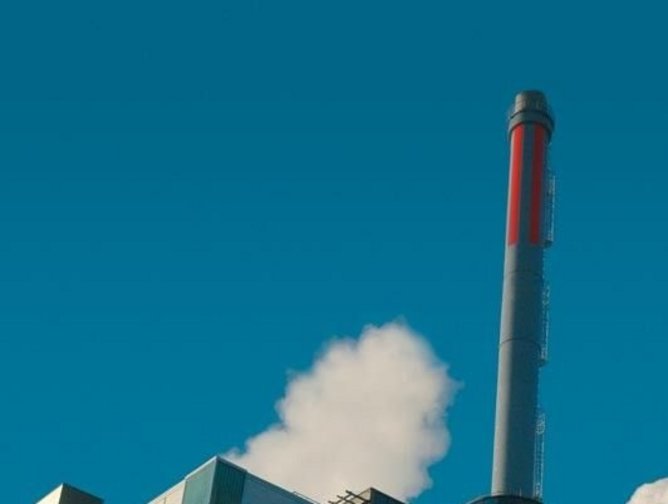 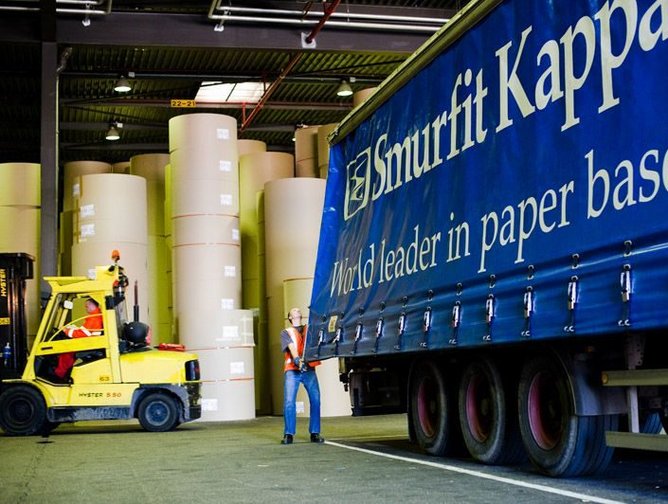