It could be argued that any attempt to create a new and innovative way of consuming fries could be seen as trying to reinvent the wheel. Fries have been consumed in essentially the same way throughout history, but in 2008 the little-known Croatian based Surf’n’Fries set out to do exactly that, completely reinventing the way we eat fries through innovation, drive and unrivalled enthusiasm.

For Andrija Colak, Co-Founder of Surf’n’Fries, the first step was to solve what he described as an age-old problem – the boring, and impractical, old packaging

“The old school fries are often sold in a paper cone, or even a flat tray with the fries sitting on top,” he says.

“Any sauces that you would elect to put on would sit on top of that first layer of fries, meaning the bottom layers would be without.”

What Colak did was design and create an incredibly unique, but equal parts simple, solution. This new packaging could hold not only your fries, but multiple tubs of sauce as well as two drinks. Simple, and incredibly effective.

This was a design choice that sat perfectly with the new millennial generation of consumers, ones who are very much on the go.

The packaging also represents the purest form of marketing that any company would die for.

“People stop and see people walking down the street eating fries in our innovative packaging and they immediately want to find out more,” he says.

With an innovative packaging solution, it was time to build a store front. The very first Surf’n’Fries store was built in Colak’s home town of Rijeka, a mere 27 square meters.

There were initial doubts from the wider market, Rijeka is only a small town in a relatively small country how could it possibly tap into, let alone reinvent, the multi-billion global QSR Market?

Colak saw almost immediate success for the store (to the tune of an average of 1,000 transactions per day).

Within less than a year, the Surf’n’Fries tale was in full swing, with Colak already laying down the foundations of becoming an unrivalled franchisor.

“We generated a lot of interest from tourists in Croatia, wanting to open their own Surf’n’Fries in their home countries,” says Colak.

“We didn’t plan to franchise, but with the level of interest we needed a solution. This is where the franchise of Surf’n’Fries was born.”

Before success though, came challenges.

An innate challenge for Colak was born out of his roots in Croatia.

Just 12 months after opening the first Surf’n’Fries store in Rijeka, the franchise concept cemented itself within the capital, Zagreb, and in a surprise to no one - customers craved the signature taste and feel of Surf’n’Fries.

This versatile bitesize rendition of Surf’n’Fries was placed along the beaches of Croatia and became an overnight success.

The Surf‘n’Fries Mobile asset continues to be the most successful concept, which is no small feat considering it is the smallest point of sale for fries across the whole company.

Naturally, the tourism boom of Croatia generated even more interest in adopting the Surf‘n’Fries Mobile and in 2011, Surf’n’Fries had landed Austria, Germany and Ireland.

Germany in particular has been an incredibly successful base of operations, with the festival and sports event market.

In just a few years that small store front in Croatia was making waves up and down the country, and riding that wave of success into new and uncharted markets.

As we speak, the delicious taste of Surf’n’Fries is being enjoyed in 15 countries and around 60 stores throughout the world.

“People would see it in Croatia and want it in their own countries,” says Colak.

And want it they did.

Proving that through innovative concepts, and a really great product, Surf’n’Fries could tap into any market.

“Germany is quite literally kicking ass on that front,” beams Colak.

“The ShopinShop Concept is ideal for the German franchisee. Their core business is in gas stations, with a lot of people heading to gas stations for lunch. This concept slots perfectly into these gas stations, and into the lifestyle of German consumers,” says Colak.

With plans to expand even further into Dubai and more recently Russia, one could argue that Surf’n’Fries is a sure fire hit wherever it lands, but Colak stresses the challenge in franchising.

“At the beginning, you find yourself saying yes to everyone, but its only later that problems emerge that can compromise the entire brand.”

One such example that Colak cites as franchisee in Turkey. The entire concept of Surf’n’Fries is consuming food on the go, but this clashed with the cultural differences of Turkey and the franchisee simply did not work.

“We will probably endure more challenges in the future, but it’s important as a business to experience them and become a better business in the long run.”

Whatever challenges that will come its way, Surf’n’Fries continues to make its mark in markets all over the world.

Markets, that you wouldn’t immediately think of when it comes to French fries.

“Some of the countries we are operating in, some of the craziest ones were certainly Vietnam and Iran. Which is something I’d never dreamed of back in Rijeka.”

“The company will support them in terms of promotion of new products or incorporating new technologies, as well as quality control through mystery shopping,” says Colak.

“It’s not about imposing what we think is right, but welcoming opinions as to what they want and the customers want,” he says.

“We don’t want to have the same Surf’n’Fries in every country in every market. We want to be different and blend into local markets.”

Targeting a millennial market requires an eye for technology and innovation.

As more and more people are consuming products on the go, Surf ‘n’ Fries has had to respond to the ever-growing role of technology in the modern world, and think outside of the box.

Across the food industry, health issues represent a major obstacle, one that all food companies are trying to overcome. For Surf’n’Fries, reinventing fries didn’t stop with reinventing the packaging.

“Around 2/3 years ago, we had our first concept store that actually makes fries and our chicken and mozzarella sticks, all without a drop of oil,” he says.

This truly innovative technology that uses hot air to fry the products and will play a significant role in reducing the health issues of the food industry.

This is only one example, with Colak stressing that innovation and creativity is really the secret to the recipe of the company’s success.

“As a company, we definitely emphasise innovation and creativity, as these really are the two things that have kept us afloat,” says Colak.

Rolling back the clocks to 2008, with a small store in Rijeka and no idea as to the unbelievable success story that was about to happen. Colak was approached by a representative of McCain, one of the world’s largest manufacturer of French fries products, to bring together the drive of Surf’n’Fries with the experienced hand of McCain.

“You have to be lucky, because this product is very special and is suited for scooping the sauces. So, this potato is perfect to realise that,” he says.

“On the other hand, people say it’s so smart your chips are shaped like a surfboard – this wasn’t planned, it was purely coincidental.”

McCain has paved the way for Surf’n’Fries growth across the world, with factories in 56 countries and locations.

“They really have been our biggest supporters and it helps us have the same quality product, anywhere in the world.

The only way is up

For Colak, it really has been wave after wave of success for Surf‘n’Fries and the company certainly shows no signs of slowing down.

With the aforementioned store openings in Russia and Dubai, Colak has his eyes set on further expansion into South Africa and the U.S, something of a long-term goal for the company.

“We were actually recognised by the International Franchise Association, which meant the world to us. Those are some of the biggest movers and shakers in the food industry recognising our small company from Croatia,” he says.

“It shows we have the capability to enter that market and really cement our presence and it is something I hope we can achieve over the next few years.” 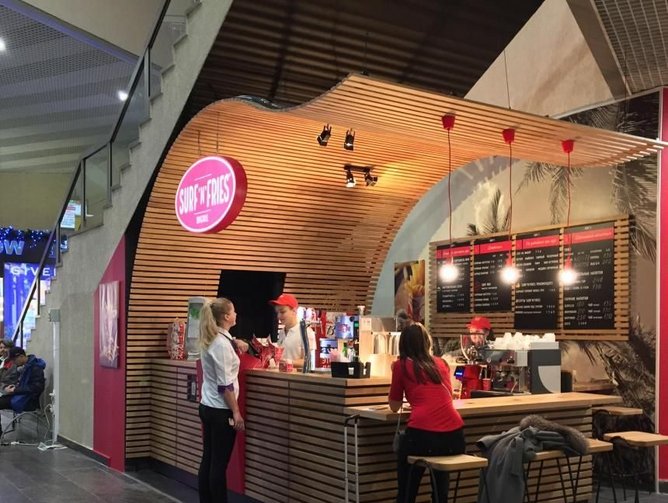 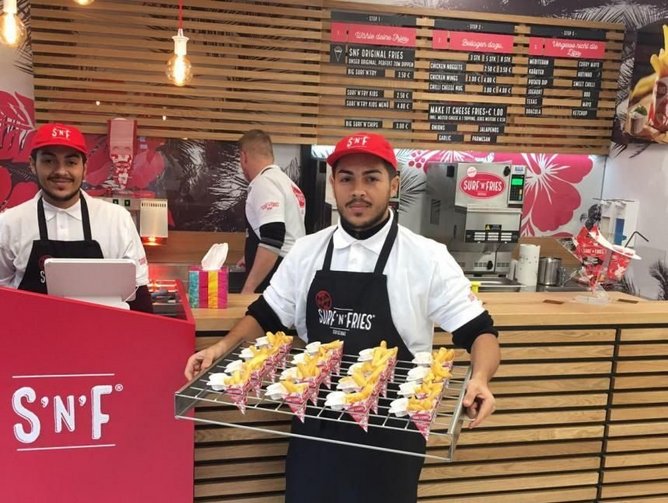 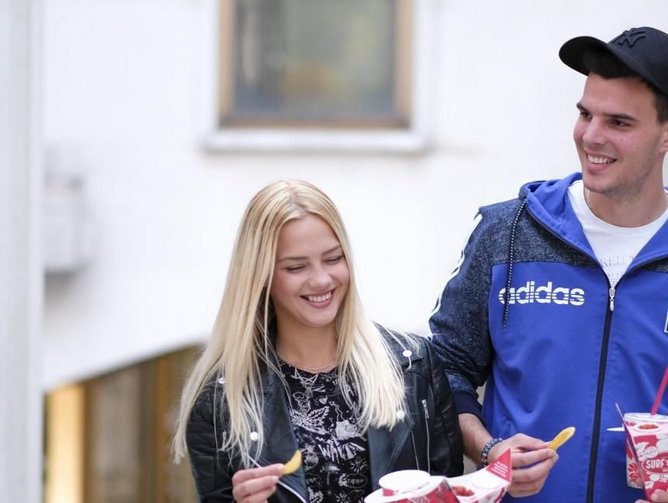 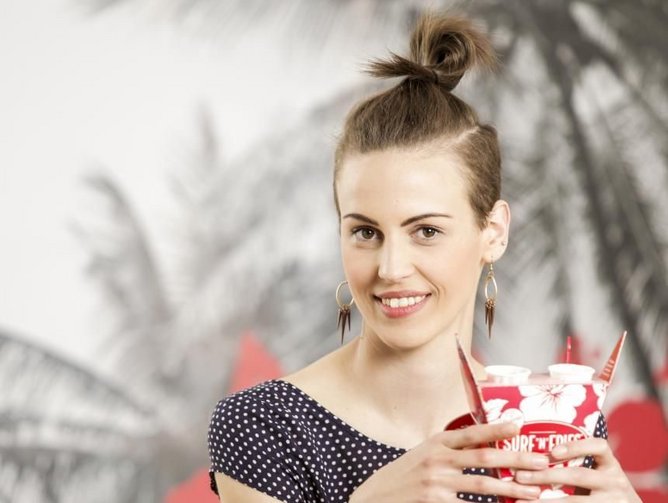 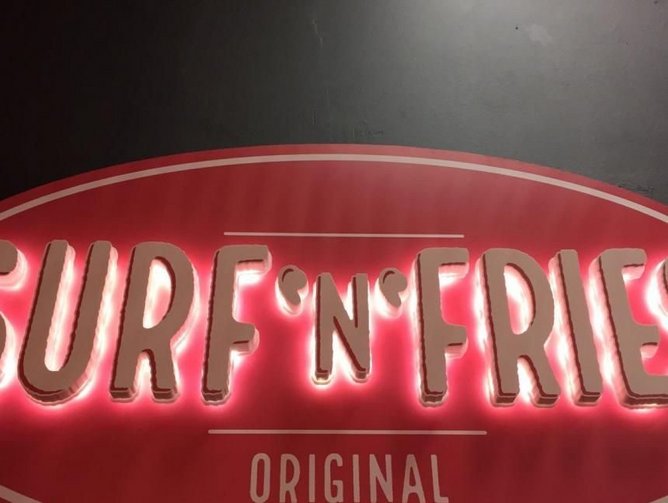 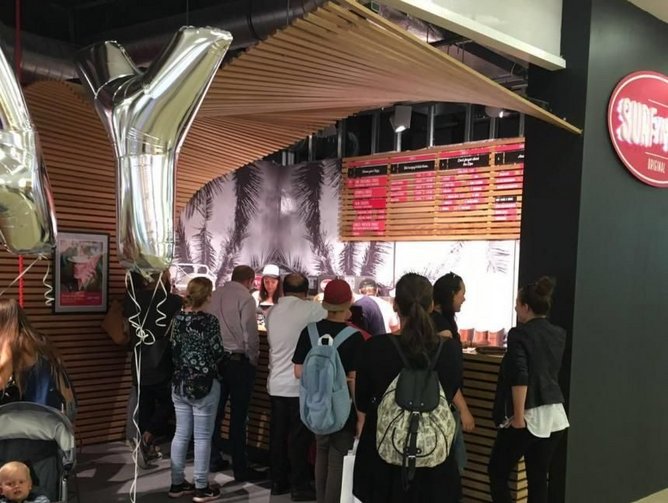