The CEO of Tomorrow Street, Warrick Cramer, is all too aware of the challenges facing startups today. In 1999, he took a leap and set up his very own mobile payment security company and, like many startups today, he faced many hurdles before he found entrepreneurial success.

“If I reflect back on my personal life to when I was developing my own tech startup, it was really hard,” Cramer says. “I got so many rejections before I actually found someone that believed in the product and after that, the product went on to be implemented worldwide.

“Everyone said that it was impossible, that it would never work, and a lot of startup companies that I meet today are going through something very similar,” he notes. “A lot of founders have put everything on the line and have had to make a lot of sacrifices to get to where they are. Therefore, I really wanted to create an environment where startups could come and bring their aspirations to life.”

From networking with foreign companies to understanding international laws, Cramer has first-hand experience of the obstacles tech startups face. He is keen to help startups expand their global footprint and this is one of the many reasons why Tomorrow Street, a Luxembourg-based innovation centre, was born.

Harnessing the power of both the Vodafone Procurement Company (VPC) and Technoport, Tomorrow Street is an ambitious innovation centre that strives to help business-ready tech startups to grow and expand globally.

Incubators and accelerators typically support early stage startups with everything from product concept to product launch. However, after that, startups often struggle to take the next leap to grow their business worldwide.

“We look at small tech startups and we say, ‘Can they scale?’, ‘Are they able to grow outside their home market?’, and if the answer is yes, then we want to bring them to Tomorrow Street,” explains Cramer. “We surround them with all the right people to help them to achieve that and to make their idea really come to life.

“In this way, Tomorrow Street completes an entire innovation ecosystem, which does not exist anywhere else in the world,” Cramer adds. “If you're looking at Silicon Valley, Asia or even Europe, there are plenty of accelerators and incubators. But there's no-one that really does what we actually do - and that's really about helping companies scale up and promoting disruptive technologies across the world.”

Providing a platform for 16 different late-stage startups, Tomorrow Street is particularly interested in businesses that focus on the Internet of Things (IoT), Artificial Intelligence (AI) and security.

“If you look at these three areas, they're actually all interlinked,” observes Cramer. “If you are looking into IoT you're going to need security, and if you’re pulling data out of those billions of devices, then you will need something that can actually crunch the data and make it useful and so this where AI comes into play.

“The world is moving very, very quickly,” Cramer adds, “and having those three pillars of focus is important because that’s where we think the world is going.”

Harnessing the power of Vodafone

As a joint venture between the Vodafone Procurement Company and Technoport (Luxembourg’s national startup incubator), Tomorrow Street leverages the resources and talent of both organisations to create something far beyond anything else in the innovation sphere.

Situated on the top floor of the Vodafone Procurement Company (VPC) building in Luxembourg, the Tomorrow Street Innovation Centre leverages the international network and skillset of the VPC to drive and manage massive growth.

“The Vodafone Procurement Company is a very, very powerful engine,” Cramer says. “The reason why I say that is because we have suppliers coming in here every single day. The startups get access to all the different type of roadmaps in the world and get to really see in advance what's going to happen in this space over the upcoming years.”

The VPC is, by all means, an immense operation. It centrally manages close to 80% of Vodafone’s global spend, looks after 14,000 supplier relationships, and works closely with internal business partners to deliver the company’s procurement strategy across more than 450 product categories.

By utilising this engine for growth, Tomorrow Street allows startups the opportunity to build bridges between some of the most exciting companies in the world as well as Vodafone’s customer base of more than 500mn people.

“Within the Vodafone Procurement Company, you have a really deep level of knowledge that is all together in one location, which doesn’t happen in other parts of the business,” comments Cramer. “What that means for a startup is that they can meet people and other suppliers that can actually make a difference to their business. From a connection or networking point of view, it’s very powerful.”

Luxembourg’s national startup incubator, Technoport, works alongside the VPC to give selected tech startups the chance to grow their global footprint. This public-private partnership will support up to 16 tech startups so that they can grow and foster talent in the country.

Technoport has been supporting entrepreneurs since 1998 as a public, national startup incubator for Luxembourg. Over the past five years, it has approved 42 new companies in the incubator with 24 leaving successfully. With this proven experience in the startup world, Technoport offers a hands-on mix of support and services. Alongside VPC, the pair are hoping to make a lasting impact on the tech sector and the country at large.

“I think this joint venture is a really fantastic opportunity for Vodafone, Technoport and the Luxembourg government. It really shows how public and private partnerships can work together and co-exist so it’s a win-win model for both of us,” observes Cramer.

“From a Vodafone perspective, the Innovation Centre brings new companies and new technologies to our customers. We get to see what trends and disruptive technologies are entering the market and I think that really gives us great insight because a company doesn’t have to be big anymore to make a difference. From a Technoport point of view, as Luxembourg’s national startup incubator, it's really about creating jobs in the economy, creating new industries, and fostering talent in Luxembourg.”

Located in the business hub of Kirchberg, Luxembourg, Tomorrow Street is strategically positioned in what is widely regarded as a ‘startup nation.’ Geographically located in central Europe, the country is pushing digitisation and is making its mark as an epicentre for digital disruption.

“There's so many big, corporate organisations based here in Luxembourg and the beauty of it is that you can actually go and talk to them because they're your neighbours or you’re closely associated. The ability to have those conversations without the red tape or hierarchy that normally exists in a bigger country doesn't happen here and I think that's what makes Luxembourg so powerful.”

Ranked 9th in the world for both IT readiness and global innovation, Luxembourg is widely recognised as a driver for innovation. Cramer believes this is largely due to the government’s ability to adapt and open-mindedness to new technological advancements.

“The Luxembourg government is great because they are very forward-thinking,” he says. “Historically, if you think about where they've come from, they went from the steel industry to banking, and now to ICT. I think Luxembourg is a very dynamic country with a dynamic government.  Now they're doing a lot of work in the innovation sector and they’re really helping to foster growth in the sector.”

With a professional and culturally diverse team, the talent and expertise of Tomorrow Street’s workforce are integral to its success. Boasting over 20 languages and experience across corporate, entrepreneurial and technical fields, the staff at Tomorrow Street work closely with startups towards a mutual goal of driving growth in the tech industry.

“From my perspective, the team is the most important thing at Tomorrow Street,” observes Cramer. “They are more important than me or anyone else. They all bring different specialised skills to the table and they add value to a lot of the startups that are coming to the centre. I might have a vision, but I need a fantastic team behind me to make it really come to life.”

Indeed, whilst digital technology is the core focus of Tomorrow Street, Cramer believes that the way in which the centre initiates human connections is what gives it a competitive edge. “Tomorrow Street is really about human connections,” he says. “It's about being supported, being able to bounce ideas off people, and it’s about when you are having a bad day, you can know that there are people around you that can connect and understand exactly what you're going through.

“Technology is fantastic in the way it can connect people across the globe, but it's still not the same as physically being there with someone and being present,” Cramer adds. “I think that's where the human aspect is very, very important and we should never lose sight of that as we develop these digital ways of communicating. I think, equally, if not more important, that the technology is the human aspect.”

Collaboration is, by all accounts, an integral part of Tomorrow Street’s DNA. Since its launch in September this year, the company has garnered support from major players in the digital technology sector. These partnerships are extremely advantageous to the startups involved as they provide networking opportunities, resources, and leading industry knowledge.

“Tomorrow Street is all about collaboration and partnership,” says Cramer. “I think the founding principles of the centre and its core values revolve around how we can actually work with our partners and people in the future. We're very lucky to have the support of our partners and to have an environment where we can all work together under one roof on new and exciting technologies that could potentially change the world.”

Overlooking the bustling business hub of Luxembourg city, it seems that Tomorrow Street is truly at the epicentre of something extraordinary. It offers both a professional and creative environment, with themed pods and sleek boardrooms on-hand for the selected startups. Combined with the expertise and resources provided, it is easy to visualise the ground-breaking startups that will soon occupy this space and transform the tech sector.

“I think we're at the start of something really great here,” reflects Cramer. “I’ve travelled around the globe and talked to many governments and large corporate organisations and a lot of the feedback that I get is that we've got something that can really make a difference. I think the next five years will be very exciting for the innovation centre. I think we are going to grow exponentially, to be really honest with you.”

The tech industry is often preoccupied with finding a silver bullet or a so-called ‘unicorn’ company, however, Tomorrow Street is about more than that – it’s about taking business-ready startups to a global stage, helping disruptive technologies enter the market and, most importantly, truly revolutionising the tech sector.

“For me personally, one of my core missions is trying to make a difference,” says Cramer. “It's not always about looking for that unicorn or that silver bullet because, although we'd love to find it, it shouldn't be our main focus point. Working in a big organisation, we can sometimes forget that some of the small gestures that we can make can have a big impact on small startups and companies. We can really make a difference and that can be life-changing.” 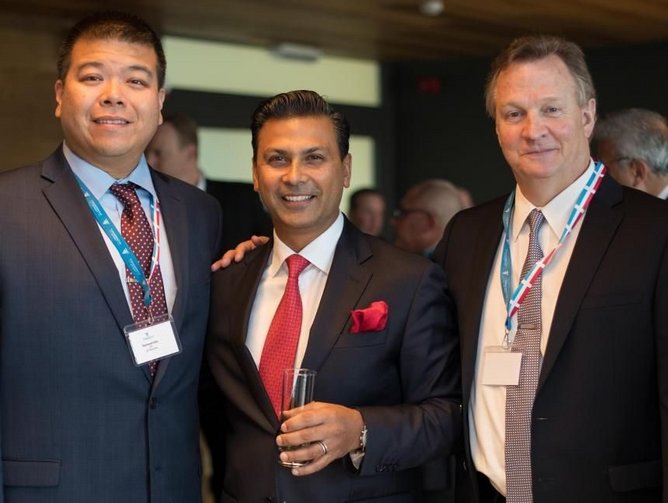 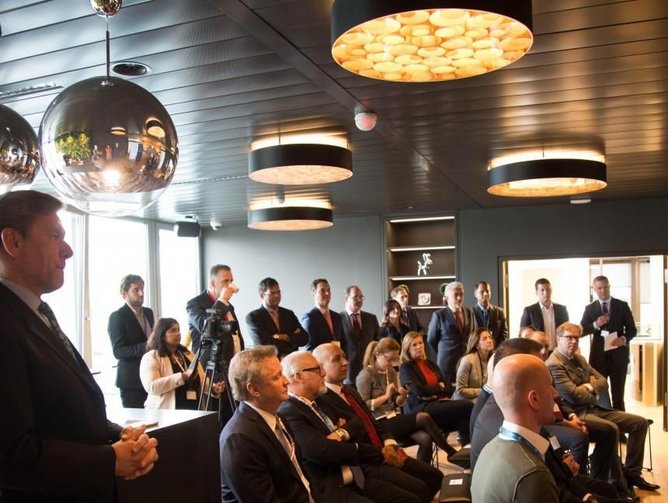 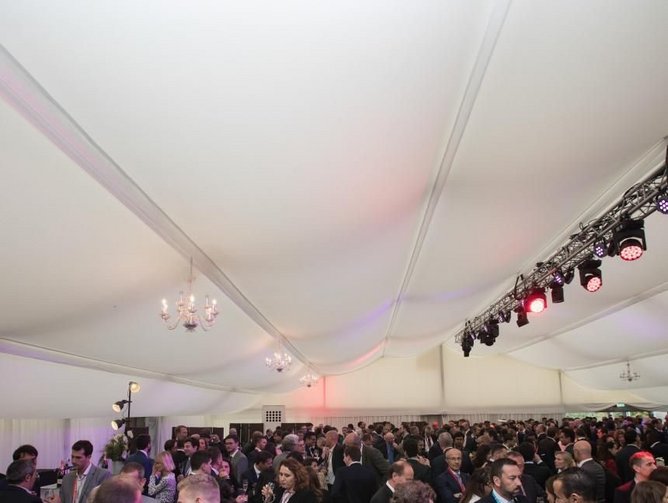 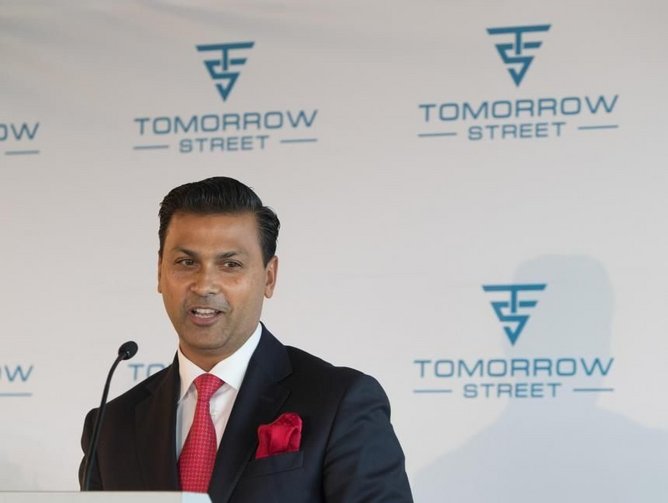 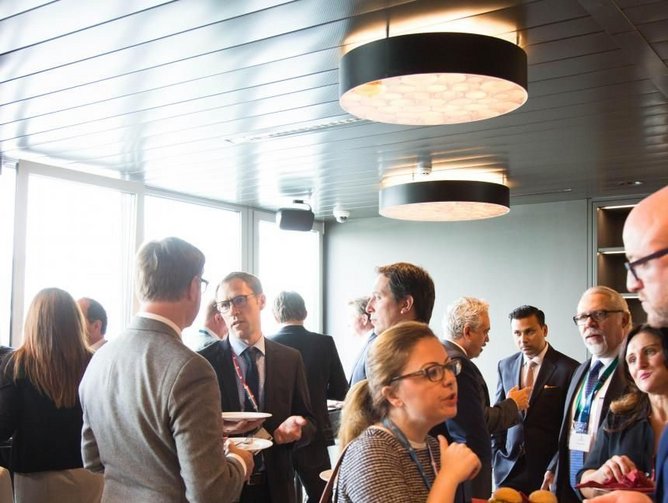 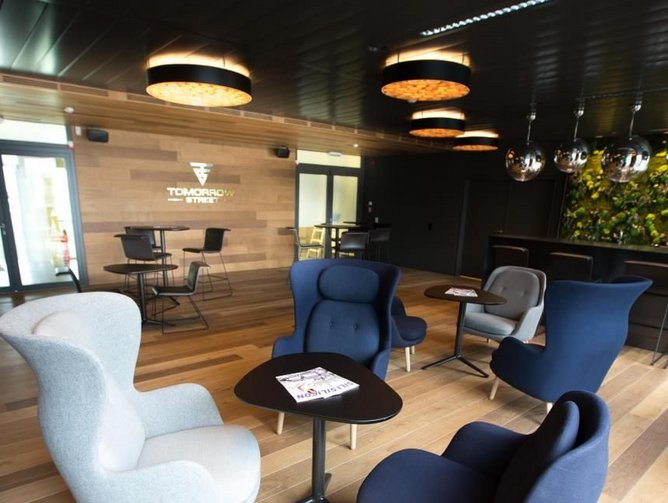 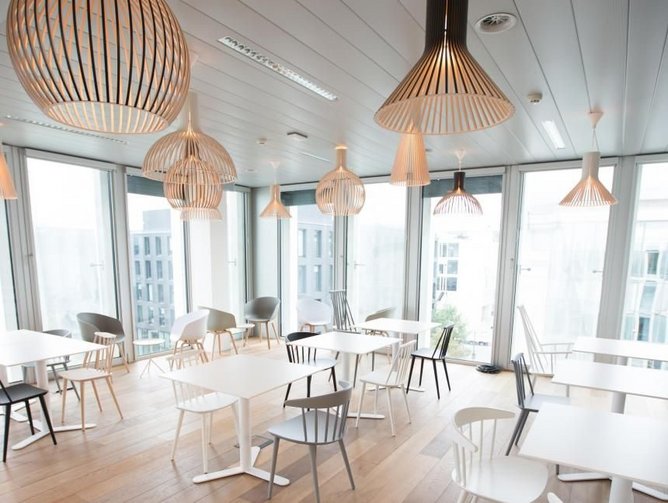 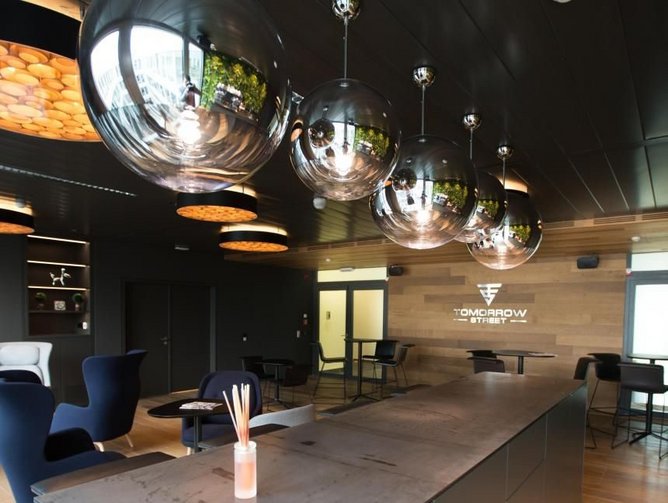