Despite Unit 45 being a relatively young company, it has quickly made its mark on the container trade by obtaining numerous seven-figure contracts, such as the €30 million deal with Kazakhstan-based company KTZ Express.

After its establishment in December 2002, it set a goal of making 400 dry-box units in 2013 and 600 in 2014. In the event, it has actually manufactured and distributed over 5,000 this year, surpassing all company expectations.

From this point it started to develop its rental fleet in 2005, reaching the 2,500th unit in 2008 and the organisation today has an impressive 12,000 in its rental fleet and a presence in every European country, illustrating the sheer magnitude of growth the Unit 45 has experienced.

Now it is garnering the interest of multinational corporations such as HP Logistics, Pfizer and Acer; mainly due to the innovative, patented container designs.

Jan Koolen, Managing Direct at Unit 45, explained how containers are sold to the end-user having met specific requirements, with the livery often being in that specific company’s colours and décor application.

He said: “Unit 45 is becoming ever bigger and that is because we are innovators. For example, between 2003 and 2005 we earned most of our revenue out of the dry-box units, but I can assure you we are now earning more revenue out of the newly developed products. Such as the diesel electric reefer units and curtain-sided units; so there is a constant development process.”

The dry-box units are usually sold after the firm has put some added value to it, whether that be through the livery or by implementing temperature controlled logistics, such as the cooling units. Normally a standard 45ft long dry-box unit is 2.5 metres wide and nine feet six inches high, but already it has some different specifications.

Koolen added: “We have a diesel electric reefer unit which means you can run this electrically and by diesel. It has an integrated generator set that is one piece instead of being mounted. We developed a special floral container for the Dutch flower companies to use; it was a little bit wider and longer so it had the same internal dimensions as a trailer, and then they could load the same as other units and trailers.

“Although we are dealing in containers, our competition is not necessarily the container business, it is actually road transportation. That is why we use 45ft equipment because 45ft is 13.72 metres, and all trailers on road have a 13.60 metre dimension. So you are able to put the same amount into our 45ft unit, and subsequently our containers lends itself very easily to intermodal transportation.”

Unit 45 is maintains a high level of flexibility towards the differing needs of its customers, and it is therefore attracting a high level of business interest. As well short-sea operators, logistics providers such as the European Container Service in Zeebrugge, road freighters, and non-vessels operators including A2B Online, the organisation is also providing practical logistical solutions for international clients.

In partnership with Thermo King, Unit 45 has developed a diesel electric reefer unit with a T1200 Thermo King cooling unit under an 800 litre tank that controls containerised products at a certain designated temperature.

Originally, the diesel unit was not able to be larger than 250 litres which presented a problem for the likes of YHF Logistics, KTZE and HP Logistics. It moves freight from Chongqing in China, through a Kazakh winter time that can reach under -40 degrees Celsius, then onto Russia, Belarus and Poland before reaching Germany, so it needed a year-round solution that did not involve refuelling two or three times on the 16 day journey.

This is just one example why Unit 45 possesses a range of contracts ranging from €6,000 to €30 million, with most being in the €1-€5milllion bracket.

All manufacturing and production of Unit 45 containers is completed in China, and depending on specifications it differs between two and six months to get them over to Rotterdam, so advance planning is needed, especially if a client wants its own logo and livery.

But Kollen added: “We always have containers on stock in Rotterdam just in case a customer needs instant availability, and those containers are always in our own decors and Unit 45 specification. They are meant for the rental fleet but we could sell them as well. We are working closely together with our three suppliers in China and we have been doing so for a long time.

“We are a very small company with only eight employees. We have one person who does all the new developments and technical things, together with me. We see if there is a market for it, and look into the possibilities with engineering and factories.

“We are exploring a passive refrigeration system which means that you have a kind of plate into your container and there is a substance in which you could charge. It is food approved, it is not dangerous at all and you are able to put this container on a certain temperature for a period of 12 to 18 days.”

Unit 45 has developed this system together again with Thermo King, the cooling unit manufacturer. It is still in the development phase, but Koolen says if it works out it will be a revelation within the cooling industry.

He also expects the temperature-controlled exports to China to provide another revenue in the coming years, as the country’s demand for high value pharmaceuticals and potato and milk products increases.

“We do only have a small team, but we are talking to the HP’s, the Acer’s and Pfizer’s of this world; all big companies who are willing to use our type of innovative equipment.” concluded Koolen.

On its current trajectory, Unit 45 is set to be a much larger company in the company years as more take advantage of its cutting edge container designs. 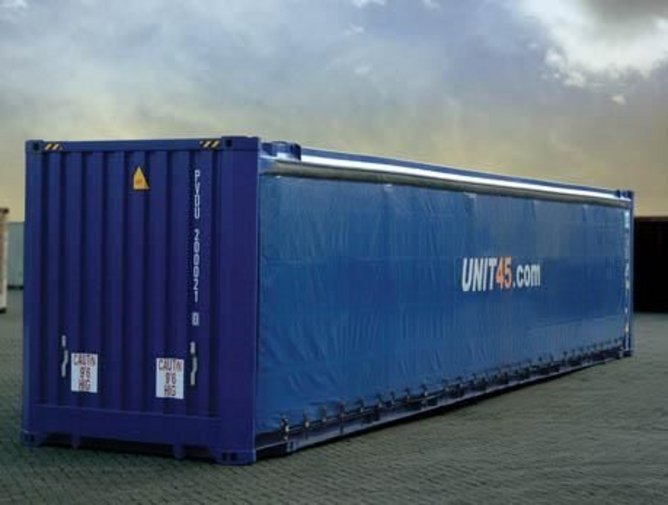 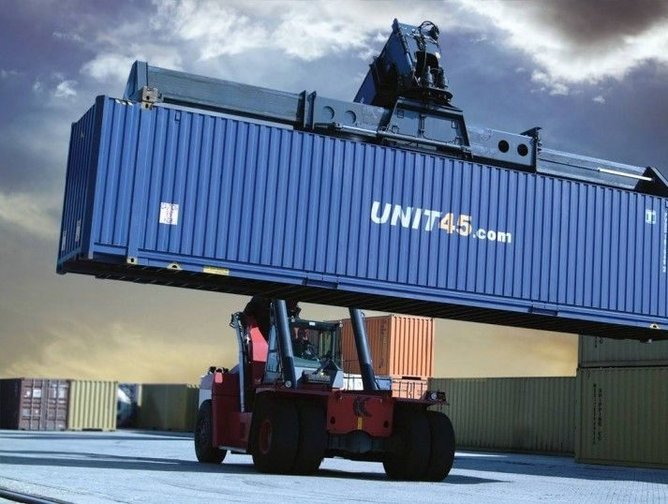 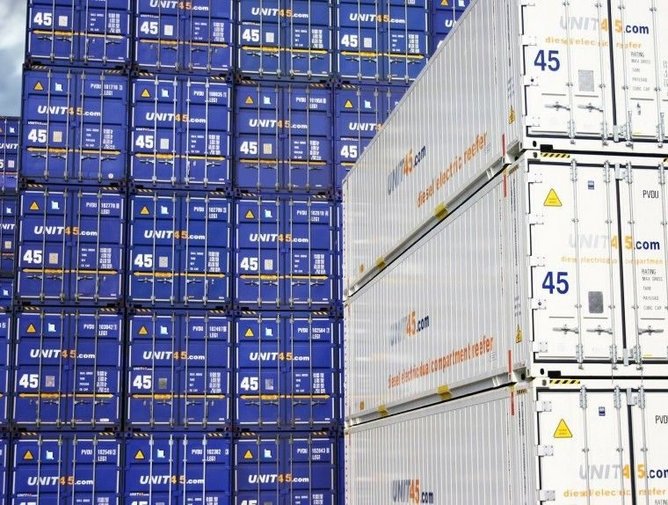 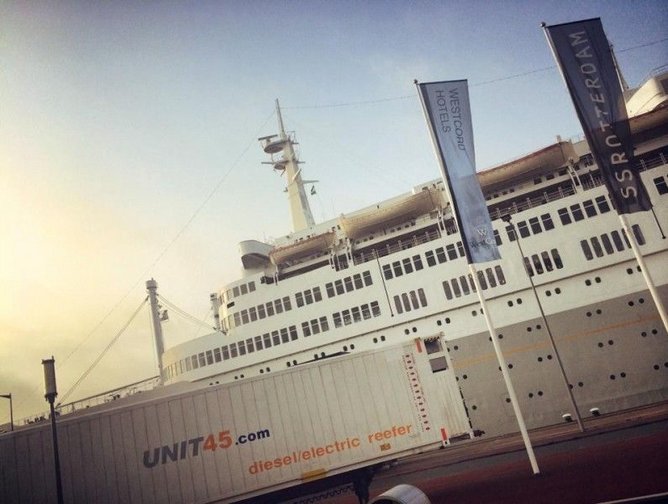