Up for the upstream challenge

Seadrill is a relatively new company in a well-established industry. Founded in 2005 by the Norwegian-born oil tanker owner John Fredriksen and listed in Oslo and New York, it has grown very rapidly by acquisition to become one of the leading resources for global O&G companies, with 68 offshore drilling rigs.  The company’s strategy is to maintain the youngest and most modern rigs, tailor made for its clients’ operations working in both harsh and benign environments, from tender and jack-up rigs for shallower waters to semi submersibles and drillships for deep and ultra-deep water work.  Its operations are controlled from six regional offices round the world and supported by 2 technical centres based in Dubai and Houston. There’s no avoiding the fact that with hydrocarbon prices at rock bottom, these are difficult times for upstream operators. Oil prices may take years to return to the previous levels  but this is a cyclical business as pointed out recently by Per Wulff, CEO of Seadrill: “The upturn will come; it’s just a matter of when. We have the youngest fleet of all the major offshore drilling companies and this, coupled with best in class operation and a sustainable cost structure, will stand us in good stead for the future.”

But this will entirely depend on keeping right at the front of the pack, and finding a way to operate profitably in the real world price environment, a situation that has escalated the importance of IT in managing and improving the key drivers for offshore exploration and production: safe and efficient operations. The strategic nature of IT in the organisation was recognised when Seadrill appointed Kaveh Pourteymour as its VP and CIO in January 2015. He’s a heavyweight business leader who has worked as CIO of BP Global Refining and International Business, as CIO of BOC Edwards, as a partner at KPMG and for the last nine years has served as Adjunct Professor at Imperial College.

IT central to strategy

Pourteymour epitomises the trend we have followed in recent years, in which CIOs have moved from the back office to a position at the centre of the business’s strategy. “The ‘I’ in my job title no longer stands for simply Information,” he says. “My team and I are less concerned these days with IT component management and keeping the lights on’; we have competent partners to see to that. The emphasis of the ‘I’ is now more on intelligence; innovation; integration; influence – and ensuring the integrity of our systems and managing their risk, their security and their compliance!”

Like his CEO he is upbeat about the prospects for Seadrill in the market. “We have good utilisation of our assets, even if day rates have fallen, and we are winning new contracts even if they tend to be shorter term ones than previously.” He sees the response to the difficult market conditions, which have become fiercely competitive by continuing to invest in the best technology to make Seadrill safer, efficient, more competitive and differentiated. One bold outcome of this strategy was the decision to create a strong IT centre of excellence in Seadrill’s new service centre in Liverpool which also houses the shared services for the business’s human resources and accounting functions.

His IT team comprises around 50 people, half of them now based on Liverpool’s waterfront and the other half embedded in the regions close to the operations. The move was an opportunity to implement his vision for the department. “Before our IT transformation agenda, it was not clear what IT does and why it costs so much. There were challenges around system reliability, investing in the right solutions and delivering projects on time so we needed to bring in capable and competent IT professionals to solve these.” Fundamentally, he has built a new structure from scratch since January 2015. “I personally interviewed over a hundred people as we built the team in Liverpool. Technical ability was not enough – we were looking for leaders.” They deliberately targeted talent from a range of industries, not just O&G and as part of their training sent their recruits out onto the rigs to learn about life in the field. “When you are designing systems you need to understand what they are ultimately for and how they will be used. Our systems need to operate in harsh offshore environments, enable integrated operations and be user friendly.”

An O&G industry veteran himself, Kaveh Pourteymour understood the need to look at IT upside down as it were, starting at the sharp end of the business. “Our systems need to enable our rigs to operate safely and reliably. They need to support the agility and efficiency of our supply chain. They enable our onshore back office and administrative functions to operate efficiently. They support collaboration and the capability development of our people. Our business intelligence programme is turning our data resource into intelligence. Vital to this are our communications networks consisting of satellite communications and WANs connecting the rigs and the onshore offices over multiple time zones and carrying large volumes of voice, video and data.”

Seadrill moved its headquarters from Norway to London in late 2012, and following that it was decided to close the former infrastructure hub at Stavanger and to move its infrastructure to a cloud provider. After a process of evaluation, it decided to opt for HP’s private cloud infrastructure, now part of Hewlett Packard Enterprise (HPE). “We started moving our operations to our virtual private cloud (VPC) provider HPE in October 2014. Our IT infrastructure is now 100 percent in a hybrid private and public cloud.” This means that from that point the IT department no longer had to be concerned with component management and keeping the lights on, he emphasises. It is now defined as an organisation that manages the IT value chain, working with its suppliers and business partners to enable business outcome through use of technology.

He instigated a process of consolidating these suppliers into a smaller, more strategic cohort. This is perhaps the real transformation – IT suppliers, even when called partners, are traditionally engaged under the ‘black box’ model: what he wanted was for his partners to be much more integrated with Seadrill. “We see them as extensions of our organisation participating in how we work with our business, understanding their goals and trajectory and helping them to achieve those goals. Partnership means something really close. We proactively share strategies and plans, and their input does help us formulate these.”

Since January 2015 this process has taken place at monthly ‘town hall’ meetings open to key partners, not least HPE, where hundreds of people from the partners’ dedicated teams join the townhall over Skype for Business to hear directly from the CIO about current IT challenges. “The town hall meetings give them privileged insight into our business.” As well as HPE which manages 80 percent of Seadrill’s infrastructure in its VPC, BT is part of the discussion having migrated the company’s WAN network from Verizon in 2015. The two satellite providers, Harris CapRock and Rignet provide Seadrill’s vessels with reliable communications as they move around oil and gas exploration and production regions.

At the same time he conducts performance reviews with these partners. “These communications are frank in both directions, just like the appraisals we do with our own employees. They’re an opportunity to identify what they can do better and what we can do better. When outsourcing,  you are missing a big opportunity if you treat partners like black boxes. They would like to understand the vision, feel part of the team and contribute to the bigger agenda. We wanted to open that opportunity to those partners who are dedicated to our business to feel engaged and get energised by the contributions they make to our agenda.” Effectively, it increases the size of Seadrill’s IT team many fold.

In fact, Skype for Business is now widely used as the main communications technology across Rigs and offices, cutting the time and expense of travel and improving individual and team collaborations.

A new approach to training

The people Seadrill brought in to populate the new IT team, brought with them a lot of high level and very diverse expertise, so keen to make the best use of them in January 2016, the ISIT Academy was established. This is a training unit that aims to continually develop the IT team’s capabilities and competencies. Initially, the IT team  developed their own modules based on the specific needs and circumstances of the business, something that an outside trainer would struggle to do. Already nine courses have been developed, and every member of the 50 strong IT team has completed at least two of these. “The ISIT Academy provides an important platform to develop our capabilities. Our team have embraced their learning and development agenda with enthusiasm.” To further enrich the ISIT academy, they are also looking to bring in outside content.

Upstream oil businesses like drillers, service providers and equipment providers used to work in silos. Pourteymour believes the new realities presented by the low price market provides opportunities for creation of a new and more efficient integrated value chain. In its first ten years the company grew by acquisition and that strategy will continue when market conditions allow. “Our priority now is building a digital platform that allows Seadrill to operate these rigs very efficiently. We have been upgrading our satellite links, our applications and our IT infrastructure, and putting more of it into the HPE cloud so we’re ready to handle more rigs if we need to scale up. That is the beauty of being in the cloud – it is easy to scale the operation in a trice. In our first ten years Seadrill grew very rapidly. I am hoping that when the market returns we will return to the growth mode. The cloud allows us to expand as and when necessary – when we need it. The technology we are putting in place allows us to be able to upgrade, and add capacity as the market dictates.”

With the advancement and maturation of technologies and the market forces in the upstream business, Pourteymour believes this is this the most exciting time to be in IT in the Oil and Gas industry. 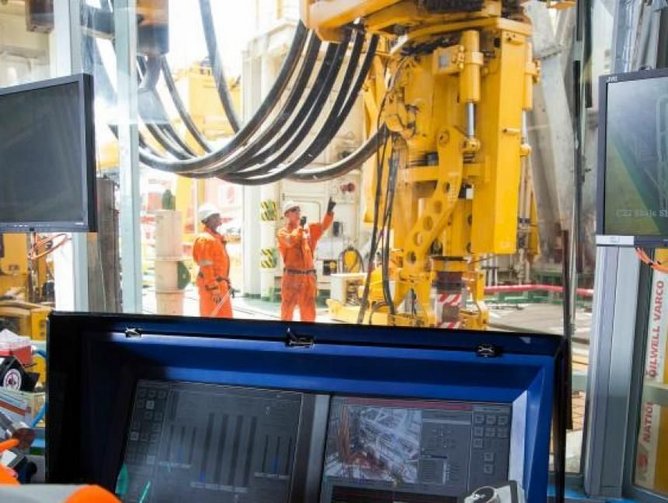 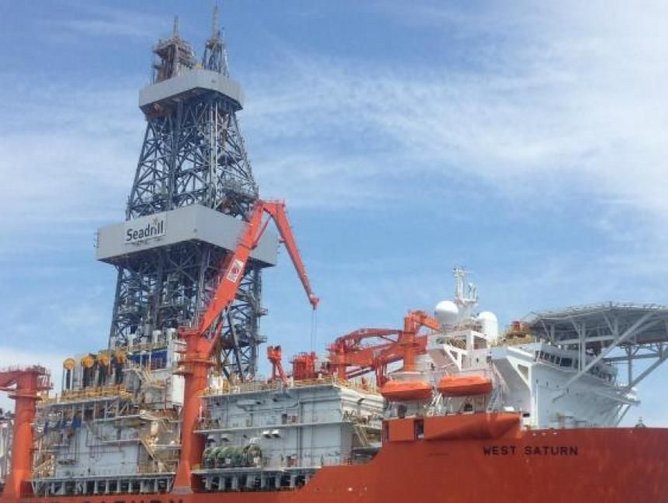 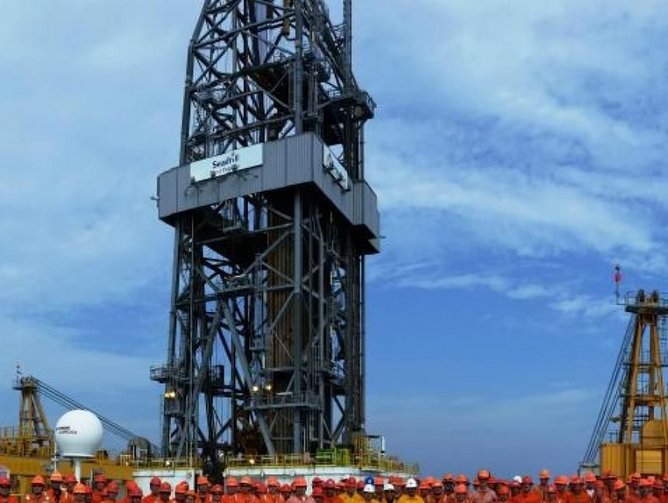 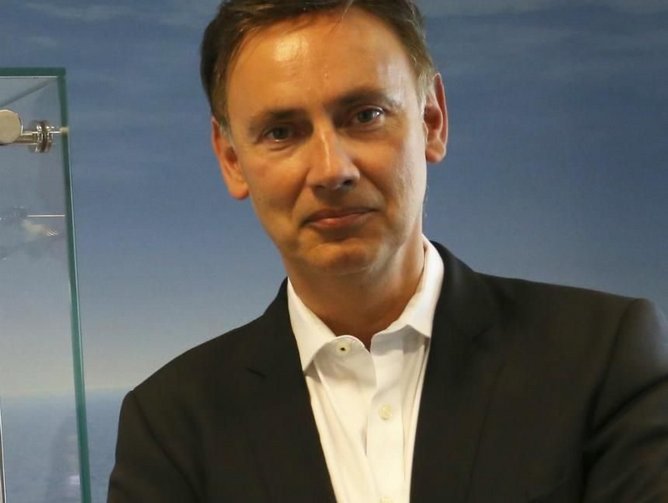 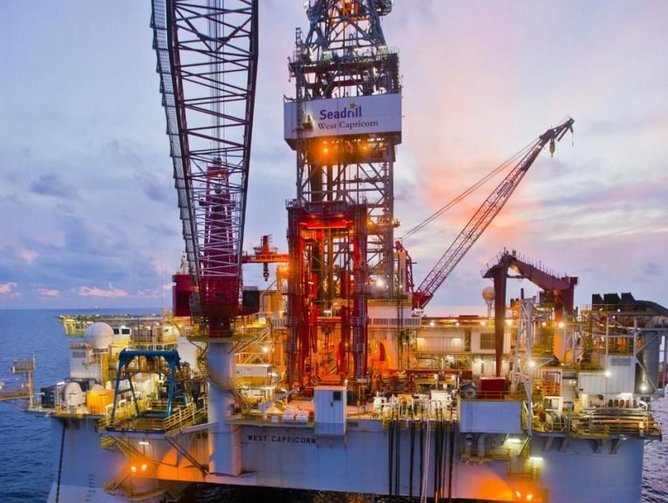