With a vision to serve GCC countries, the GCCIA aims to extend its operations within an efficient power market, providing excellence in power systems integration

Working in collaboration with six different member states, the GCCIA has diversified its operations within the energy and electricity sector, with a desire to expand into further markets overseas. With an increased focus on the development of the grid, the authority is continually looking for opportunities to provide savings and drive market growth whilst ensuring increased energy efficiency.

CEO Ahmed Ali Al-Ebrahim has been a driving force behind the company’s growth since he joined almost 10 years back, stating: “The vision of GCC countries is that more renewables are needed and are being planned. For instance, the UAE has announced their 2050 vision, at which the target is to achieve 44 percent of renewables by 2050, whilst Saudi Arabia is targeting almost 10 gigawatts of renewables by 2023”.

By looking to exchange energy with other regions such as Asia, Turkey and towards Europe, the GCCIA is also aiming to drive business towards Africa, and is considering the potential of hydropower. Al-Ebrahim continues: “The Saudi Minister of Energy has recently announced plans that within the next six years, Saudi Arabia will be undertaking $40-50 billion of renewable investments.” The key question being how the GCC will be able to integrate large volumes of renewables into its current and future strategic framework.

Since its inception, the volume of energy exchange over the GCCIA Interconnector has been increasing continuously, exceeding 1.5 million megawatt-hours of energy in 2016 alone, highlighting an increased emphasis of the importance of the grid and its focus on reliability for member states. By continuing to open channels of collaboration with global leaders, the GCCIA has become members of GO15, one of the largest power grid operators in the world, of which the GCCIA is the only member from the Middle East. By also signing a number of MOUs with global leaders and institutes to exchange experience and support, Al-Ebrahim explains, “we are always working with leading regional and global entities in a bid to bring value and facilitate our role in order to reach and achieve our goals”. Furthermore, the GCCIA has become a member of the Edison Electric Institute, which Al Ebrahim says, “brings a wealth of experience and a network of utilities which can be used as a platform to share knowledge, common interests and ideas”.

Through collaboration with GCC member states, Al-Ebrahim explains that in 2016, the main thing the company saw was “the desire of GCC power companies and utilities to further utilise the GCCIA Interconnector as a power trade platform, not only for emergency support and in-kind exchanges, but also for commercial based deals that result in huge savings in energy cost, as well as operations and fuel costs”. As a result, the GCCIA has encouraged member states to utilise the GCCIA interconnector for the GCC Pilot Power Trading project 2016, which implemented two schemes of trading, in-kind trading and cash trading. Al-Ebrahim commented, “With in-kind trading, users pay back the energy they consumed through providing that volume of energy, whilst cash trading enables users to pay for consumed energy through traditional payment.” This method has enabled the GCCIA to achieve 1.3 million megawatts hours of trading during 2016, the largest ever volume of trading the GCC Interconnector has ever seen. Al-Ebrahim adds: “The GCCIA has a key role in providing these kinds of economic opportunities for the GCC and achieve the level of savings that we have currently achieved.”

Through the possible expansion plan, the Authority is seeking economically viable expansion opportunities to connect with neighboring grids and that can be financeable through international collaboration. These expansions will increase the level of savings that are achievable for the member states. Al-Ebrahim explains: “Now we are averaging around $400 million per year of savings for the Member Countries, but the potential could exceed $1 billion a year, with further utilization of existing and future expansions.”

Cultivating joint collaborations between the GCC member states, the GCCIA plans for the creation of an entity or a power exchange platform, of which several discussions to achieve this goal have been undertaken. Al-Ebrahim adds: “The platform will be primarily a power trade platform, set on a commercial basis that allows members to easily bid and pitch for deals for power trade and exchanges. Power exchange is something we want to achieve this year, because all the deals we had last year were based on bilateral discussions and bilateral deals. We seek to develop our exchange platform based on international practices which will elevate the efficiency and effectiveness of the power trading process.”

The company continues to utilise an “Informed Client Model”, outsourcing maintenance and most services except for core operations, which Al-Ebrahim believes is the best suitable model for GCCIA to deliver the highest possible quality of service while maintaining optimal cost. He explains: “We try to optimise the model by reviewing the scope and required work from time to time, as well as looking for other alternative suppliers.” Every year the company has worked to consistently reduce costs, ensure quality control, whilst continually building knowledge through the collaboration with key experts, engineers and service providers. He continues: “The GCCIA is in a very good standing in terms of maintenance and service operations. With all our work, we ensure it does not compromise reliability – reliability is our number one priority.”

However, achieving sustainability is vital towards the company’s global outlook in order to connect with other regions and provide economic value. To this end, the GCCIA is re-evaluating its financial and commercial model, and is aiming to develop a portfolio of investments to reinforce its position and financial situation. Al-Ebrahim says: “We are open to new channels of business relevant to our activities so that we achieve sustainability on the long-term and so that we can rely on our own income.” It is believed the Authority has saved member countries over $400 million in 2016 alone, at which Al-Ebrahim adds that the company will see every year a delivery in savings, which is “a very encouraging sign that the GCCIA is moving in the right direction”.

With the GCCIA’s long-term goal to expand and diversify, the company is awaiting results from a current study which will highlight the highest economic visibility and provide the best practices in operation and maintenance, not only to optimise the role of the GCCIA, but also to enable the company to take advantage of opportunities which are occurring in GCC countries. In order for this to come into fruition, the GCCIA is also partnering with global leaders in technology, to provide leading smart technologies which provide a world-class grid operations and energy saving.

This year the GCCIA has a change in Chairmanship, which rotates every three years to promote fairness and transparency. In April, chairmanship will move from the UAE to Bahrain, who will then chair the current board for three years.

The GCCIA will continue its role to coordinate all interconnected grid operations and planning with due care to energy efficiency targets and renewable energy development targets for all GCC member states. Al-Ebrahim concludes: “By doing this kind of planning in a collective way we are saving each member state a big percentage of their investment requirement, which was one of the main elements of the economic feasibility of this project – it means we are always reducing the investment requirement as well as the cost of operations of each member state.” 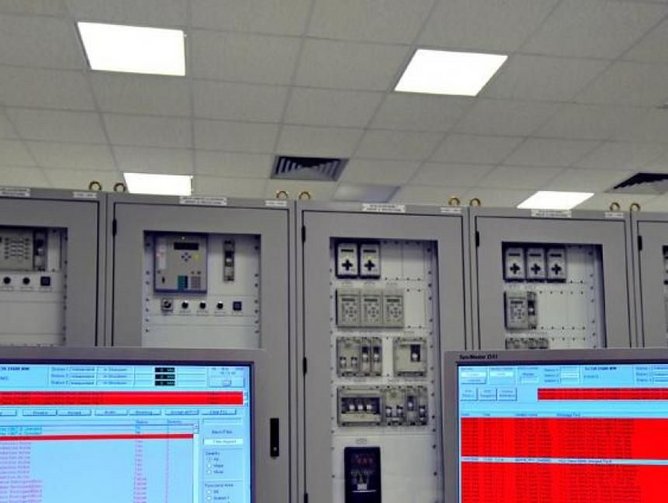 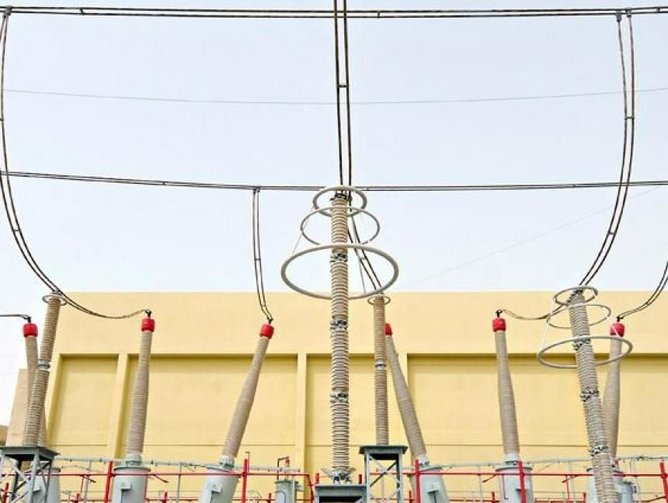 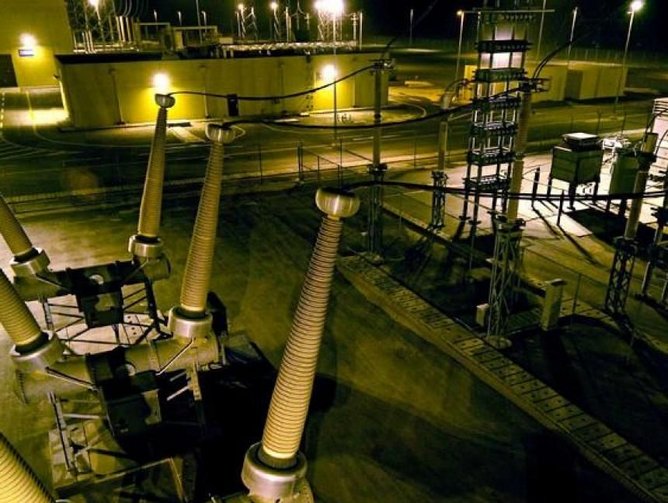 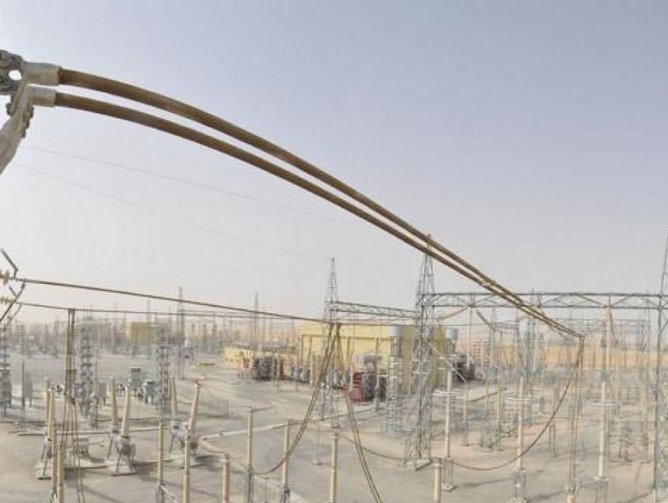