Globally, Xstrata can trace its roots back to Switzerland in 1926 when Südelektra AG, a Swiss infrastructure company, was founded. The name changed to Xstrata AG in 1999 and the management team still in charge today was established two years later.

“From that point, we’ve grown from being a coal company producing around 30 to 40 million tonnes to almost 100 million tonnes via acquisitions and internal growth,” says Tony Mason, Xstrata Coal’s General Manager of Finance and Commercial in NSW.

Among Xstrata’s most noteworthy acquisitions were the purchases of ASX-listed copper and coal producer MIM (Mount Isa Mines) in 2003 and the acquisition of Falconbridge – plus its South American copper interests – in 2006.

Today, Xstrata Coal is the world’s largest exporter of seaborne thermal coal.  In NSW, the company operates 14 mine sites and has become the biggest coal exporter in the state, controlling a third of the NSW coal industry. The company also runs three coal complexes in Queensland, which  produce 25 million tonnes of coal per year.

On a global scale, Xstrata Coal employs 17,000 people in order to produce 100 million tonnes of coal annually. To power its NSW operations, the company requires a team of 5,200; 4,000 fulltime staff and approximately 1,200 contract employees.

“The growth in our company is directly linked to the significant growth in people we’ve employed,” acknowledges Mr Mason.

By applying their own management structures and maintaining a history of communicating directly with their employees, Xstrata Coal negates the need for third-party business involvement. “The correct formula is focusing on people with the right attitude and teaching them crucial skills,” continues Mr Mason.

In Australia, Xstrata Coal aims to recruit its top-notch employees from the local areas when possible, and there are no gender barriers: in fact, the company has set an industry high with women making up 20 per cent of its Mangoola mine team. (The national average is 11 per cent.)

In order to introduce students and university graduates to different aspects of the coal industry, Xstrata has established a comprehensive collection of graduate development programs; vacation/summer internships; apprenticeships; and university scholarships.

“The graduate program has helped us through the growth program from 2005 onward,” says Nicole Brook, Xstrata Coal’s General Manager of Business Development and Technological Services in NSW. “Our strong program through the different disciplines such as health/safety, environment initiatives, engineering, etc. have [shaped these people] into leaders on their sites.”

Thanks to the intensive skill-building opportunities offered through the graduate program, a high percentage of graduates have successfully gained fulltime employment with Xstrata on completion of the two year program.

“Personal accountability is highly valued,” says Mr Mason. “We look for people who show entrepreneurial interests and who are not scared to accept responsibility, [and] then we create an environment where they can exercise those skills.”

This employee value has resulted in a low staff turnover at Xstrata, with many of its senior managers having been with the Australia division since its conception. It’s clear that the company’s visible value of its employees is recognised – and appreciated – by its staff.

To improve safety performance, limit accidents and ultimately prevent fatalities on the job, Xstrata Coal introduced the SafeCoal program to its operations in 2009. The program, instigated by the company’s Chief Executive Peter Freyberg, is comprised of four key elements and focuses primarily on communication across project sites:

“As an organisation, instead of relying on external providers, we have sat down and outlined the value and behaviours we want to propagate and how we want to operate,” says Ms Brook, Xstrata Coal’s General Manager of Business Development and Technological Services in NSW.

For this reason, Xstrata Coal does not outsource its safety program education.

“The key initiative of the program [is for] the actual employee to learn from his/her own people. [Our staff members] are presenting our own material,” says Ms Brook.

“We’ve recognised that over the last few years, underground mining requires more specialised [skill sets], so we have created our own trainee programandestablished an underground training facility to acquaint people with the work,” says Mr Mason.

In recent years, the global expansion of coal mining has begun to impact some existing communities surrounding these mine sites. While this tends not to be an issue in large states such as Queensland and Western Australia where the mines are located a considerable distance away from residences, NSW has closer working quarters. In order for Xstrata Coal to maintain its social license to operate in NSW, the company has implemented a number of different strategies to minimise its impacts on the surrounding communities and contribute something back to these societies.

Each year, one per cent of Xstrata Coal’s profits (before tax) is put into a ‘social involvement’ program fund and is used to fund several programs across the regions affected by Xstrata’s mining operations. Last year, Xstrata partnered with 30 different organisations to spread out its $7 million in funds, and this year they’re looking for programs that will benefit from their $4.6 million pot.

“We target partners who we know make a difference themselves,” says Dave O’Brien, Xstrata Coal’s General Manager for Environment and Community. “It’s a really important part of what we do, and the best part of my role is being able to help these organisations make a difference.” Generally, Xstrata looks to organisations involved with education, job creation, community support and health.

In NSW over the past seven years, for example, Xstrata has maintained a close partnership with John Hunter Hospital, the major teaching hospital for the region in which most of Xstrata Coal’s NSW mines operate. The support has seen $1 million worth of equipment installed in the hospital’s neonatal intensive unit.

And in 2012, Xstrata Coal was honoured with the Research Australia Award for “Leadership in Corporate Giving” for their support of two medical researchers who worked under Professor Maree Gleeson at the Hunter Medical Research Institute (HMRI).

“There are very few health issues or medical illnesses that haven’t touched someone associated with Xstrata Coal in some way, shape or form,” Mr O’Brien said in a media release following the awards ceremony.

“We have supported research into cardiovascular issues in neonatal intensive care, trauma, cancer, mental health, inflammatory bowel disease and emergency critical care.  One of our long-standing partners has been the HMRI, where we have supported two post-doctoral fellowships, one involving asthma research and the other on mental health and suicide in rural communities.”

One particular innovation credited to Xstrata Coal is a set of three vehicle simulators at its NSW mines that helps train people to safely drive and operate trucks and excavators. In addition to learning the mechanics of these vehicles, Xstrata is making an effort to integrate environmental safety features into the training, such as how to detect high dust levels and respond to emergencies on the job sites.

Along with simulation technology, in 2012, Xstrata Coal was awarded the inaugural Global Industry Sustainability Award for Mine Operator Training in NSW for the development of simulation software.

“The effectiveness of our products is continually increased by customer participation and involvement at all stages of the product development cycle – from preliminary design through to feedback on the latest software release.”

In addition to the aforementioned awards, last year, Xstrata Coal’s NSW branch picked up the Australian Exporter of the Year Award in the ‘Minerals and Energy’ category in recognition of its almost $5 billion in export revenue for Australia in 2012, as well as its corporate and social responsibility initiatives.

“This is Xstrata Coal’s 10th year, and over the past decade an excellent team of people have built our company into the largest producer of coal in NSW and a major contributor to both State and national economies,” said Chief Operating Officer of Xstrata Coal Australia, Ian Cribb,  in his acceptance speech.

This year has already been quite award-winning for the women of Xstrata Coal: in March, the NSW Minerals Council Women in Mining Awards recognised Glendell Operations Manager Liz Watts as “Outstanding Woman of the Year” and University of Wollongong engineering student Alix Thornhill, an Xstrata scholarship winner, was named “Aspiring Star.”

Each year, Xstrata Coal reviews its sustainability development strategies, taking into account the health, safety, people, environment and community factors. They look at risks, opportunities and changes; external factors that may impact the business moving forward; and areas where the company is performing particularly well or needing improvement.

“From there, we set up an action plan outlining our key projects for the year,” says Mr O’Brien.

One item on the plan for 2013 is controlling the air quality within the Hunter Valley. This is an increasingly important aspect of the company’s licence to operate, with mining operations much closer to existing communities than in other areas across Australia.

A program that monitors the company’s 14 NSW sites in real time and records the air quality, dust levels and noise volume has been implemented, allowing the company to monitor these areas 24/7 via their own control centres.

A predictive system based off the Bureau of Meteorology’s predictions combined with these air quality models to predict air quality emissions or noise emissions not only “allow Xstrata Coal to react, but also allows us to look forward,” says Mr O’Brien.

Community survey data collected three times per year helps Xstrata’s operations gain an insight into how they’re performing from an environment and community engagement point of view. “We use these outcomes, combined with the results of other interactions, to review our overall strategy,” says Mr O’Brien. Small in-person focus groups are also sometimes used, such as those currently being carried out in conjunction with the Bulga Optimisation project. The focus groups look at a number of aspects including ways to reduce the visual impact of the project while also reducing noise and air quality impacts.

The Bulga Optimisation Project, one of the company’s flagship NSW mines, will also soon lodge an Environmental Impact Statement on a $500 million proposal to extend the life of this mine from 2017 to 2035.

“We’re continually looking at all these projects as ever-expanding,” says Ms Brook. “Over the last three years, we’ve focused mainly on growing our site production. We need to keep running just to stand still.” 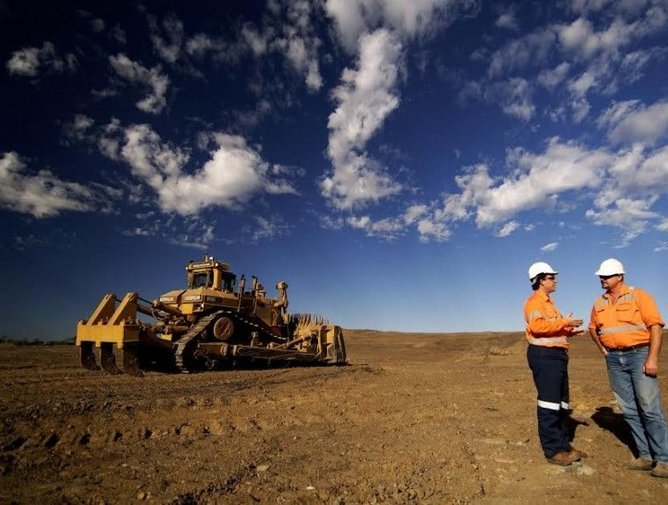 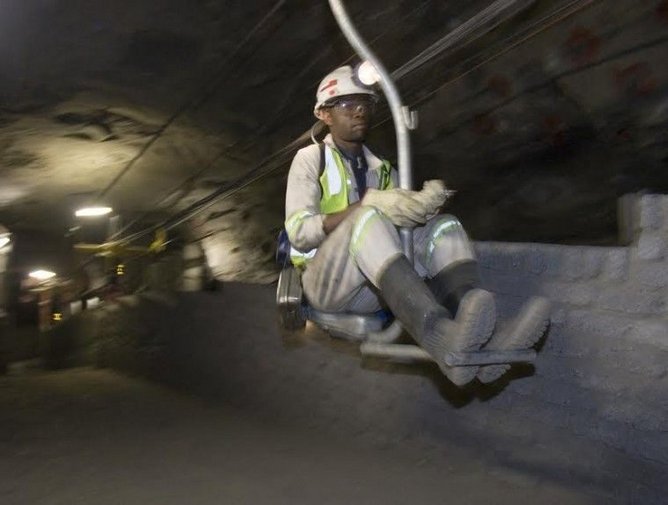 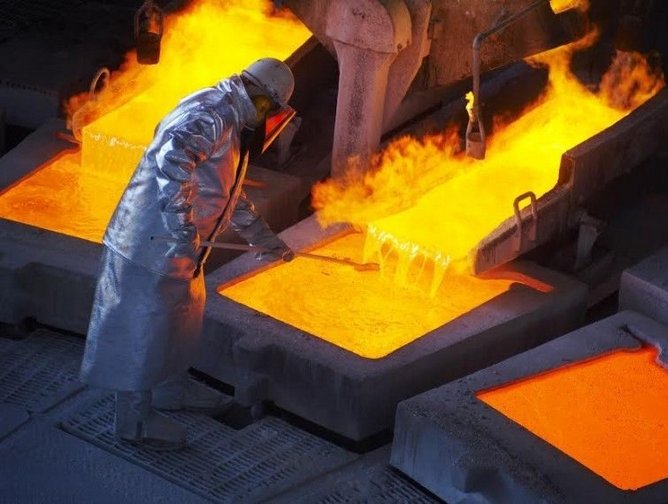 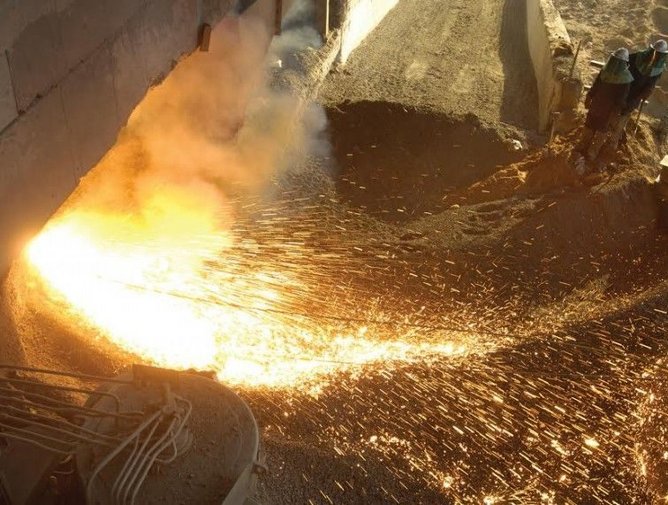 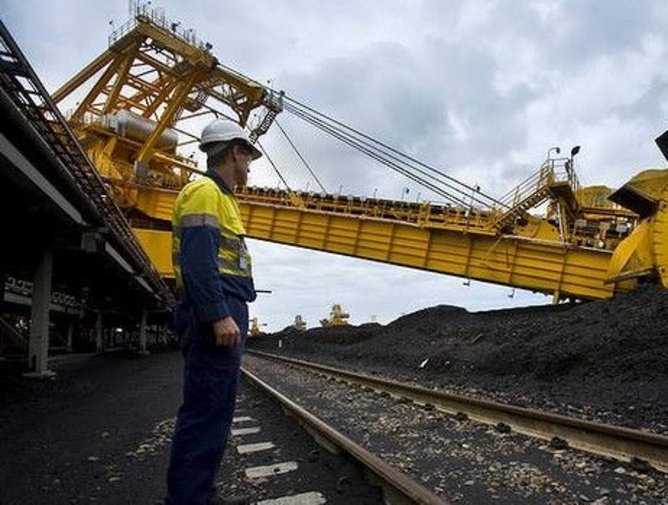 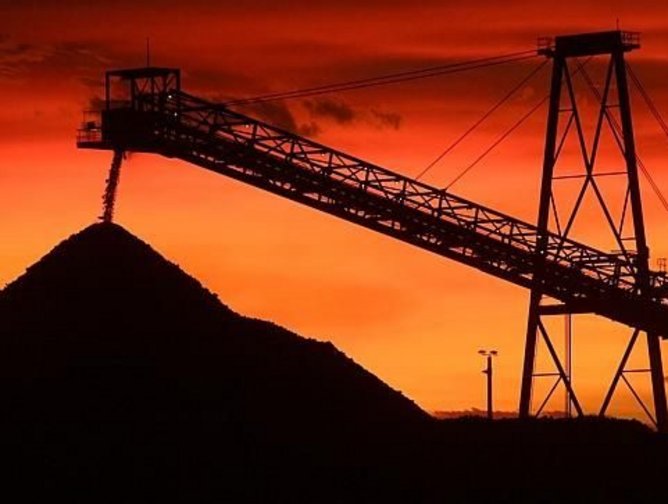 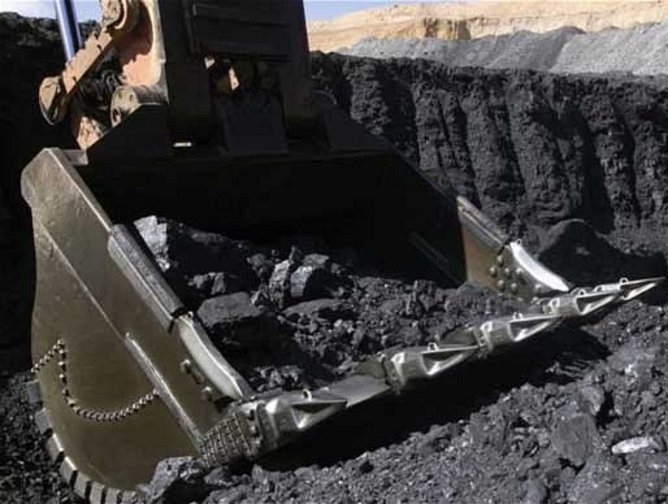 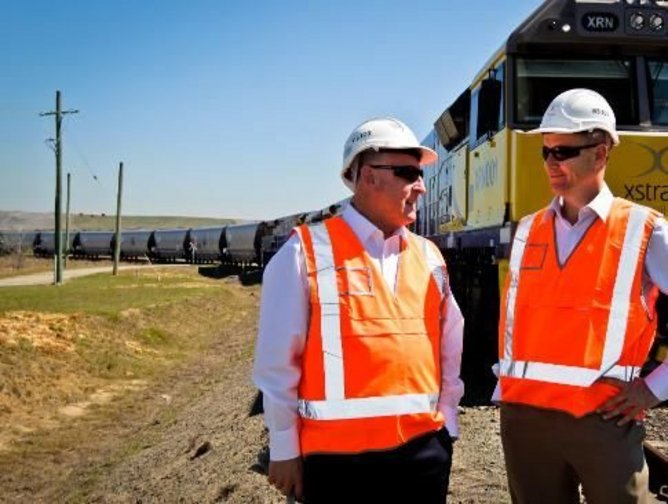 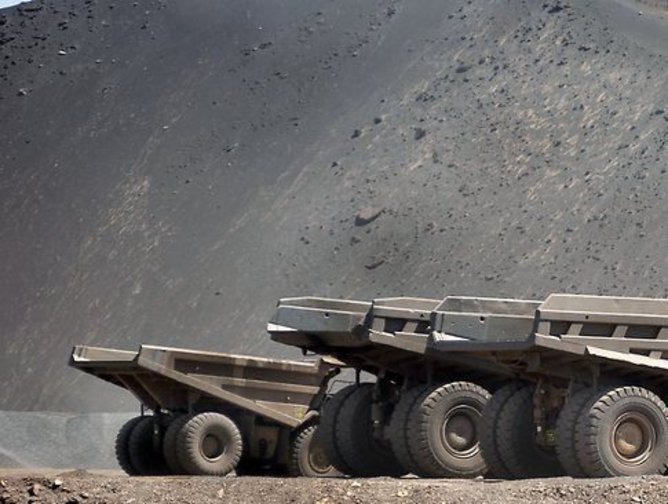 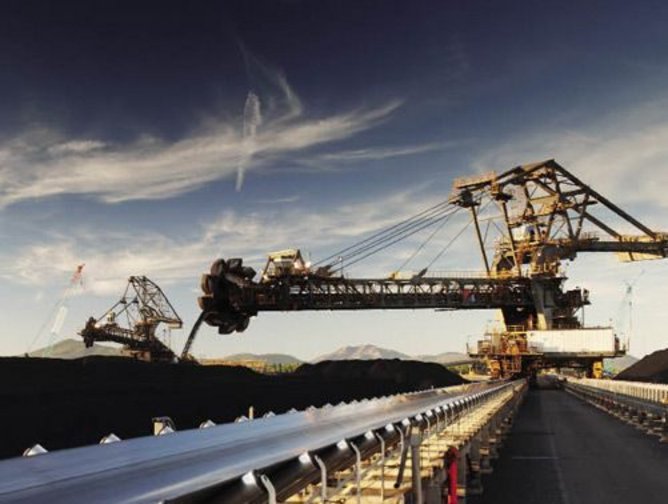 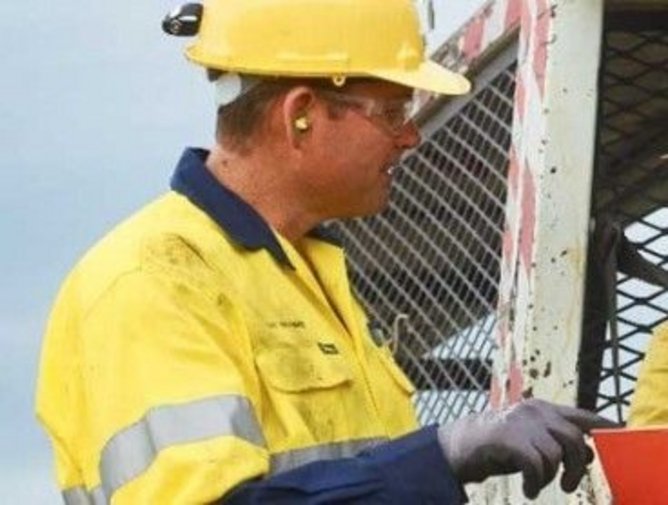 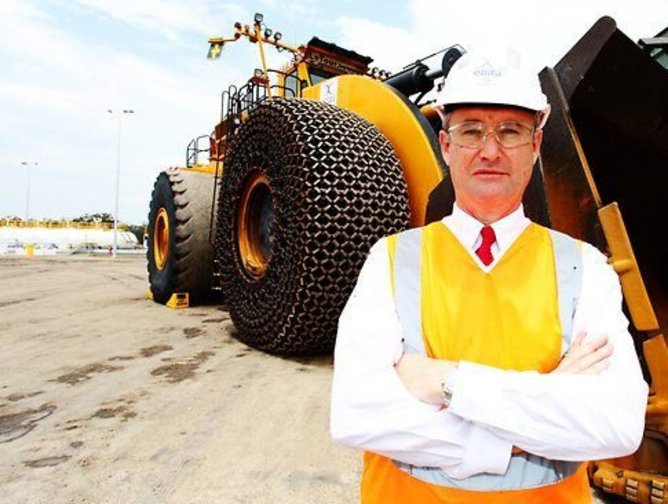 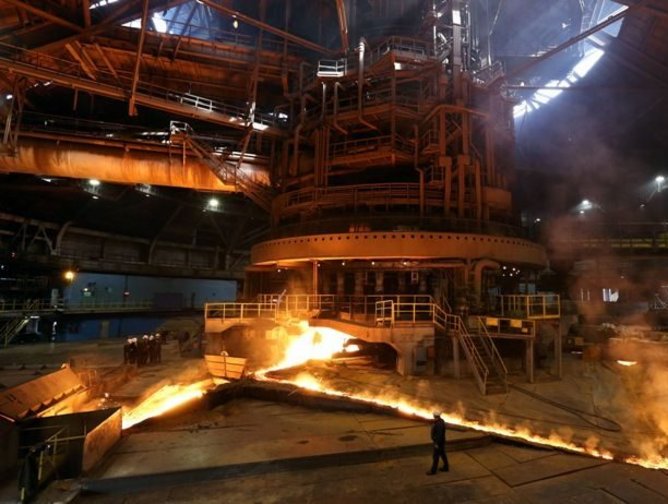