In many large organisations, the sourcing and procurement function is often overlooked. At Zurich Insurance, however, sourcing and procurement is becoming a driving force for innovation, customer value and sustainability, while playing a key role in enabling the business to fulfil its strategic objectives. When Jaime Paiva, Regional Head of Sourcing and Procurement EMEA, first joined Zurich in 2012, the company was in the midst of outsourcing its procurement function. He explains: “The retained procurement organisation was down-sized and predominantly responsible for managing the service delivery from our BPO partner. The model with the BPO was based on the services being delivered out of hubs and so we lost the proximity to our internal stakeholders.”
However, by the end of 2016, the procurement team at Zurich started a full review of the model. “Zurich was about to start a new strategic cycle and we wanted to ensure we were prepared to support our new objectives,” recalls Paiva. Zurich’s Sourcing and Procurement leadership team decided to enhance the function’s capabilities in order to provide more support to the local business units as part of the new strategy. “We did not want to give up the learnings and successes that the outsourcing model gave us, but we knew from discussions with our internal stakeholders that they were expecting more than cost-cutting; they wanted improved capabilities,” says Paiva.

To meet these expectations and to position the function more strategically within the organisation, Zurich started to build its sourcing and contracting capabilities internally. “Our goal was to offer better services closer to our internal stakeholders, with people that would understand their needs and be able to provide specialist knowledge,” says Paiva. “Ultimately, we wanted to have our own resources focused where they were needed and give the business the necessary agility to make decisions according to their needs.”

The transition to in-house procurement:

“As we started discussing our plans with our business stakeholders, we identified recurring ‘pain points’ regarding the outsourced model.” Paiva goes on to list the most frequent ones:

To measure customer satisfaction, the Sourcing and Procurement function also introduced the Net Promoter Score methodology (NPS) to gather immediate and specific feedback from internal stakeholders. “It’s very rewarding to see how our customer satisfaction measurement has evolved since early 2016, increasing from a score of -22 to +74 in 2019,” says Paiva. From the previous operational model, Zurich kept the Procure-to-Pay (P2P) lifecycle outsourced. “We contracted Genpact for operational procurement and accounts payable for a slightly-altered, cost effective Procure-to-Pay (P2P) lifecycle. Zurich also worked on improving the relationship with the BPO partner. “The partnership with Genpact allows us to focus on strategic or business critical topics instead of having resources burned with operational or tactical aspects of the Source-to-Pay (S2P) lifecycle in a cost-efficient way.”

Transition to a new IT platform:

Zurich were using an outdated P2P platform. This platform was implemented in eight different countries more than a decade previously and was customised locally. “In 2017, we ran a benchmark and the conclusion was the maintenance of our P2P platform was very complex and expensive. The customisations went so far that they hindered getting accurate MI on some very basic levels and spend analysis for our category strategies,” says Paiva.

Zurich analysed the marketplace and selected Coupa, predominantly for its user-friendly interface. To compliment this new P2P platform, Zurich also partnered with KPMG to assist with the design and implementation of Coupa in 2017. “It was important for us to have access to best practices from other organisations as well as the technical expertise to help during the multi-year transition to Coupa, and they offered that through KPMG’s Powered Procurement assets and tools,” says Paiva.

Zurich initially focused on deploying the sourcing and contracting modules, phasing out the P2P and employee expenses modules in early 2018. “Moving from an on-premise system to a cloud-based solution required alignment on some fundamental principles,” recalls Paiva.
In January 2018, KPMG hosted a 3-day event in London called ‘U-Collaborate’ designed to increase understanding of the platform, share and agree on core design principles, and to address design and programme challenges. “U-Collaborate was a tremendous success. It quickly brought everybody involved up to speed and aligned us on some principles that still steer the programme today.”

Some of the key principles agreed upon at U-Collaborate included:

“The success of U-Collaborate confirmed the need for excellent change management and communication strategies,” says Paiva, “Changing an IT platform for indirect spend impacts the full organisation and our supply base. To add to this challenge, our end users have been using the same processes and tools for over 10 years, and were accustomed to a high degree of customisation and functionality. We appreciate how difficult it is for end users to migrate to a SaaS application and the need to adopt new ways of working.”

The UK was the first country to implement Coupa, which went live in November 2018, followed by Switzerland in May 2019. Spain and Italy are scheduled to migrate to Coupa in early 2020, along with North America, Germany and Austria later in that year. “Coupa is the Group’s standard platform for S2P and employee expenses and we’re expecting the work to continue for some time after the original countries in this rollout are completed.”

The continuation of the journey:

“We’ve set the building blocks for the function to play a much more important role in enabling the business to fulfil its strategic objectives, evolving to a place where procurement is recognised internally as a driver of the company agenda.” Evidence of this materialising is the role that the procurement team plays in relation to Zurich’s sustainability agenda. In April 2019, the company announced its aspiration to be known as one of the most sustainable businesses in the world. It followed this up in June by becoming the first insurer to sign up to the United Nations’ business pledge to limit the global temperature’s rise to 1.5°C above pre-industrial levels. Then, it set a new Operational Sustainability target to drastically reduce paper and plastic consumption, while also committing to use 100% renewable power in its global operations by the end of 2022.

In early 2016, Zurich UK became the first insurance company to sign up to Social Enterprise UK's ‘Buy Social Corporate Challenge’, which committed 10 large UK companies from diverse industries to increase their spend with social enterprise firms. The ‘Buy Social’ ethos is completely aligned with Zurich’s Purpose and Values. Since then, Zurich has been working directly with organisations like Wildhearts, a stationary producer which uses its profits to fund microloans in the developing world and entrepreneurial training in UK schools; Ninety, an innovation consultancy that gives 90% of its distributable profits back to charity; and From Babies with Love, a promotional items provider that gives 100% of its profit to orphaned and abandoned children around the world.

“It’s important to clarify that social enterprises are not charities, but companies with primarily social objectives whose surpluses are principally reinvested in the business or in the community, rather than being driven by the need to maximise profit for shareholders and owners,” says Paiva.

“Most of the companies we work with are providing career development opportunities to people who otherwise have limited prospects for formal employment or reinvesting a substantial part of their profits into social initiatives or charity.” Zurich’s goal is to embed this practice in the way it does business with its supply base and its supplier’s suppliers. “We have a commitment to ensure fair business opportunities and, in our experience, this is what these companies are asking us for. They don’t want special treatment, just the chance to prove their value, quality and ability to compete on equal terms with profit-oriented companies,” adds Paiva. “Our vision is for our procurement practices to drive positive societal, environmental and ethical outcomes, while playing a key role as an enabler of Zurich’s objectives. It will do this by making sustainability one of the key criteria in our sourcing decision making process.” 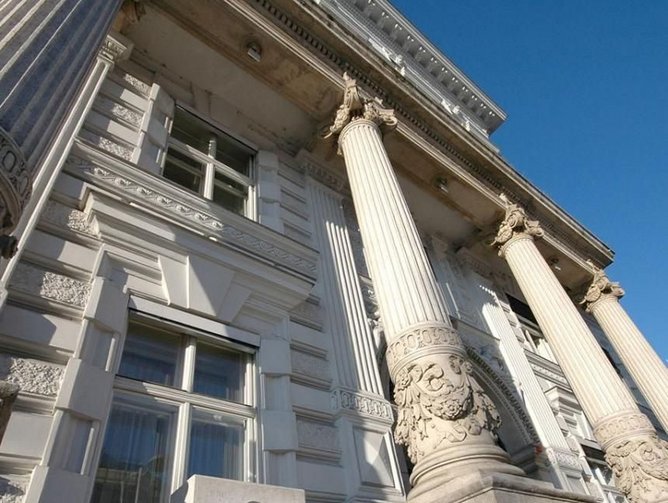 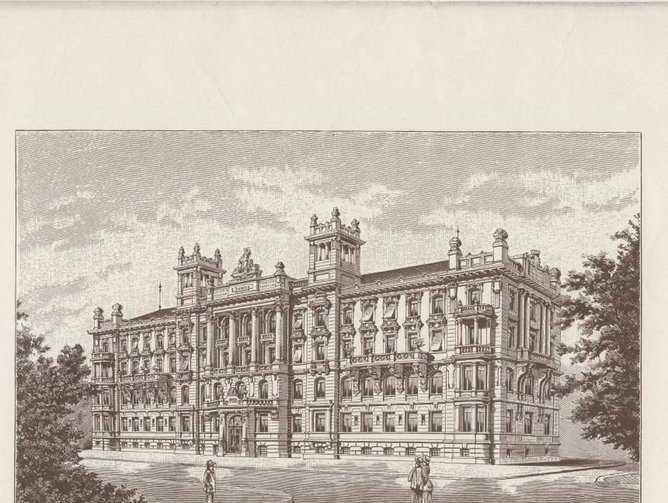 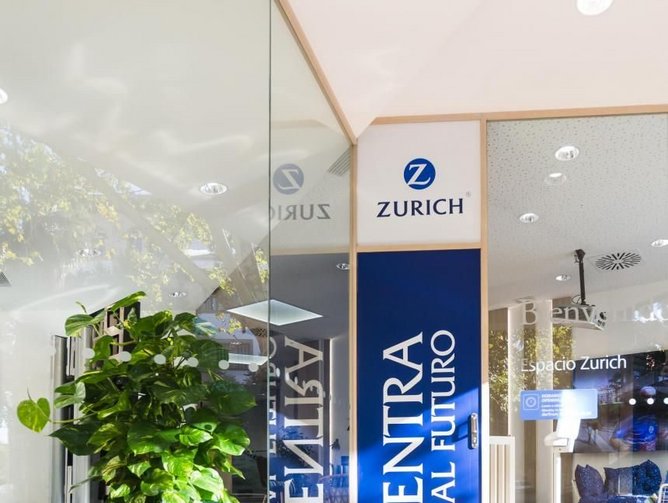 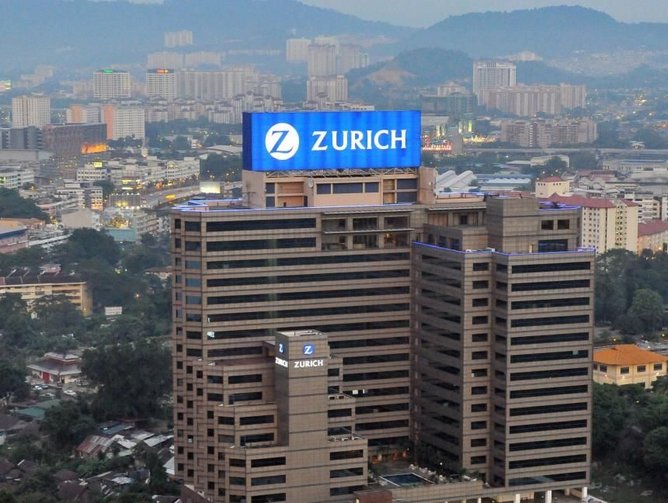