EvobitsIT: flexible and future proof software and infrastructure for the cryptocurrency space

With a collective value of around US$275bn, the rise of the global cryptocurrency market has been one of the most revolutionary financial and technological events of the 21st century. Cryptomining, the process by which transactions for various forms of cryptocurrency are verified and added to the blockchain digital ledger, has helped make billionaires of savvy business leaders, but the lack of regulation in the market often leads to instability and unpredictability. In December 2017, Bitcoin reached its all-time high value of $19,783. By November 2018, the price had fallen to approximately $5,500 per coin, and in May 2019 the coin’s value soared again by over $1,000 in less than a day.

“The biggest issue right now with crypto and trading in general is the market’s vulnerability to manipulation,” explains Silviu Catalin Balaci, founder, CEO and majority shareholder of Evobits Information Technology SRL. “As liquidity is so low, compared with stocks for example, when a large player jumps in, they can pretty much manipulate the market as they see fit. That’s why we’ve seen huge spikes one way or another when there are big trades that completely reverse the trend up until that point.” Coupled with the high initial costs of setting up a crypto mining operation, the capricious crypto market might tempt some prospective miners to try something more predictable (alligator farming or Alaskan crab fishing perhaps), but Silviu, a software engineer and owner of one of the largest cryptocurrency mines in Romania, is confident he has the puzzle cracked.

“I was always wary of the mining business, because it's a boom and bust area. I didn't want to just put up a shed and throw mining machines in there. That would have been very cheap and fast, but not future proof,” he says. For the first three years of operation, EvobitsIT operated exclusively as a software services business, offering full stack programming and consultancy services. “We do start-to-finish turnkey solutions for our customers,” says Silviu. “You tell us the idea, we'll develop it, design it, host it and manage it; you only have to deal with the marketing side.” While working with a client that was also involved in crypto mining, Silviu had his ‘Aha!’ moment. “I was consulting for a client on his mining business. I'd seen the service he was getting from other companies and told him that I could do it better. That's how the entire mining side got started.”

Entering the mining business with a 100KW proof-of-concept, EvobitsIT then built a 1.2MW facility for crypto mining outfitted like a traditional data centre, followed by a 3.5MW facility which opened in 2018. Rather than opting for a hyper-minimalist crypto mining design, the Evobits centres have the possibility to operate as dedicated centres for non-cryptocurrency activity, providing a long term strategy should the market prove unfavourable. Now, Evobits’ 1.2MW facility is nearing completion of a significant upgrade, facilitated by long term partnerships with Vertiv Co and Innova Engineering, and a new relationship with AMD. We sat down with Silviu to discuss the initiative, as well as the importance of strong, collaborative partnerships, and the upcoming launch of Evobits’ innovative new software offerings for the crypto mining industry.

Evobits’ first data centre was initially constructed with reliability in mind. “We wanted to build it in the traditional sense, so we used old school but reliable cooling equipment. They don’t have the best power usage effectiveness (PUE), but they’re like tractors – they’re reliable workhorses,” Silviu explains. While constructing the facility, the first of its kind in the country, Silviu faced undeniable challenges from the market in terms of finding the right partners. “I was just a relatively young guy with no credibility in the market saying, ‘I have a multimillion dollar project. I want to build a cryptocurrency mining business, and I want to do a real data center’. Nobody took me seriously.” As a result, Evobits ended up partnering with a company unsuited to its needs. “It was a pretty bad experience for us,” Silviu recalls. “It's the ugly part of starting a business in a new area that you know little about. It was a growing experience.” From electrical panel overheat issues to poor after-sale support, Evobits was in dire need of a new partner to help ensure the project’s success – enter Innova Engineering. “From the start it was a completely different attitude. Instead of talking to just the sales guy most of the time, the CEO came down and we had a proper discussion,” Silviu recalls. Now, every time we have an issue, they’re working with us to solve it. I'm extremely lucky to have found Innova. I don't think we could have done everything that we did without them.” Through Innova, Silviu found engineering firm Vertiv, who provided cooling solutions for the first and second data centre projects. Given the importance of high-efficiency computer power to a crypto mining data centre, cooling is undoubtedly one of the most critical factors, making Vertiv an immensely valuable partner. “Whatever power you have, you will use 100%, and the less power you can use on infrastructure, the more power you can use for computing, which translates to more mining, more customers and more revenue,” Silviu explains in a statement to Vertiv.

The upgrade of the 1.2MW centre came at an opportune moment. “We had a PUE of 1.4 until now, so 40% of the energy is wasted just cooling the equipment. Which is not that bad for a traditional data centre,” explains Silviu. In 2018, however, Romanian electricity prices increased by around 80%, highlighting more than ever the importance of future proofing. “The 3.5MW facility is equipped with top of the line equipment in every single aspect, including the cooling equipment from Vertiv, which means we achieved a 1.13 PUE last year, including the hot summer,” says Silviu. “We planned to upgrade the first centre anyway but we shut it down three months before the upgrade due to the spike in electricity prices and the crash of the crypto market.” In order to counterbalance the rise in electric costs, Evobits was forced to restructure its energy purchasing strategy. “We were pretty much forced to also become an energy company,” Silviu explains. “We are buying electricity straight from the open market, instead of relying on other companies.” The company is currently buying a mixture of mostly hydroelectric and nuclear power, with plans to purchase a dedicated solar plant in order to compensate for high temperatures in the summer in an environmentally sustainable way.

The 1.2MW facility upgrade will boost its capabilities to those similar to a tier three data centre. “We have everything now: N+2 cooling, N+1 highly efficient Li-ion uninterruptible power supply system (UPS) from Schneider Electric, A+B power feeds, N+1 power generators, redundancies for every system. Our network was upgraded too: dark fibres on separate routes going to the nearest city, local fiber connections from multiple ISPs, as well as rented dedicated transport lines to Bucharest and Frankfurt peering locations so we reduce the latency and increase the quality as much as possible,” lists Silviu. In order to increase the centre’s computing power, Evobits has entered into a new partnership with electronic hardware manufacturer AMD, purchasing over 5,000 cores in the company’s Epyc CPUs and developing a close relationship in order to create custom cloud solutions for its data centre clients. “The next phase will be the launch of an OpenStack-based private cloud in the next two months that is already in the testing phase. This will be exclusively based on AMD Epyc CPUs,” explains Silviu. “The first 100 of our dual CPU servers are ready, racked and deployed. This year we plan on buying another 300 dual CPU servers.”. “Sourcing hardware at a larger scale is not as easy as it seems. Just like when we started with the Data centre business, we were new in this and had to find someone to help us navigate around. There are plenty of hardware distribution companies around, but you can count the really good ones on one hand. This time we were lucky, however, and found International Computer Concepts, a very easy to work with and dependable company. They were crucial in providing our first 100 Supermicro based servers”.

2019 will also mark the launch of cryptocurrency products that are more closely tied to Evobits’ roots as a programming and software services provider. Firstly, as data centre pioneers at scale, Evobits’ staff has had to build a great deal of its software from the ground up, which the company plans to start selling as a service in partnership with Innova. “Using AI monitoring, Google managed to drop their power consumption for cooling by about 40%. We have our monitoring platform completely done. We have terabytes of data from the past year regarding airflow, temperatures of each individual machine in each position, outside temperature and so on. Now we're doing the machine learning part, and we'll start testing that side out towards the end of the summer.”

Also embracing the company’s origins as a software provider is Evobits’ next solution, which aims to address the issue of unsafe crypto trading. “The problem with starting the next PayPal is that you have to trust PayPal,” posits Silviu. “The customer pays you, but your money is actually in PayPal. They will send it to you. If you have an issue with them or they have an issue with you, you're pretty much stuck. The main point of cryptocurrencies is to have a trustless system where you are in charge and responsible.” Operating in closed beta and scheduled for launch in summer 2019, Evobits’ latest offering is a trustless cryptocurrency invoicing platform. “It’s similar to PayPal but for cyrptocurrency coins, and it’s a trustless system, meaning we never touch the money, we just provide all the tools required and peek through the window to detect the payments. We already processed invoices with a value of  over $100mn in 2018.” Silviu explains. Evobits’ platform will provide a complete inventory management and invoicing tools, and  monitor peer-to-peer crypto transactions to regulate the exchange, but won’t require users to trust them with their hard-earned coins. Silviu agrees that, in a market with so little regulation, trustless systems are a large part of the way forward. “You see so many people losing their money when cryptocurrency platforms close, go bust or get hacked. The best way forward is to remove that single point of failure.”

Looking to the future, Silviu is enthusiastic about cryptocurrency mining and the growth of Evobits, but acknowledges that both cryptocurrencies and crypto mining need to mature. “The market needs to be regulated one way or another; it needs to follow the trustless system; and thirdly – this is something that most people in the data centre business complain about – there’s the energy consumption, which is still really high and needs to be addressed,” he says. “As long as those things get fixed, then honestly this industry has a great future.” 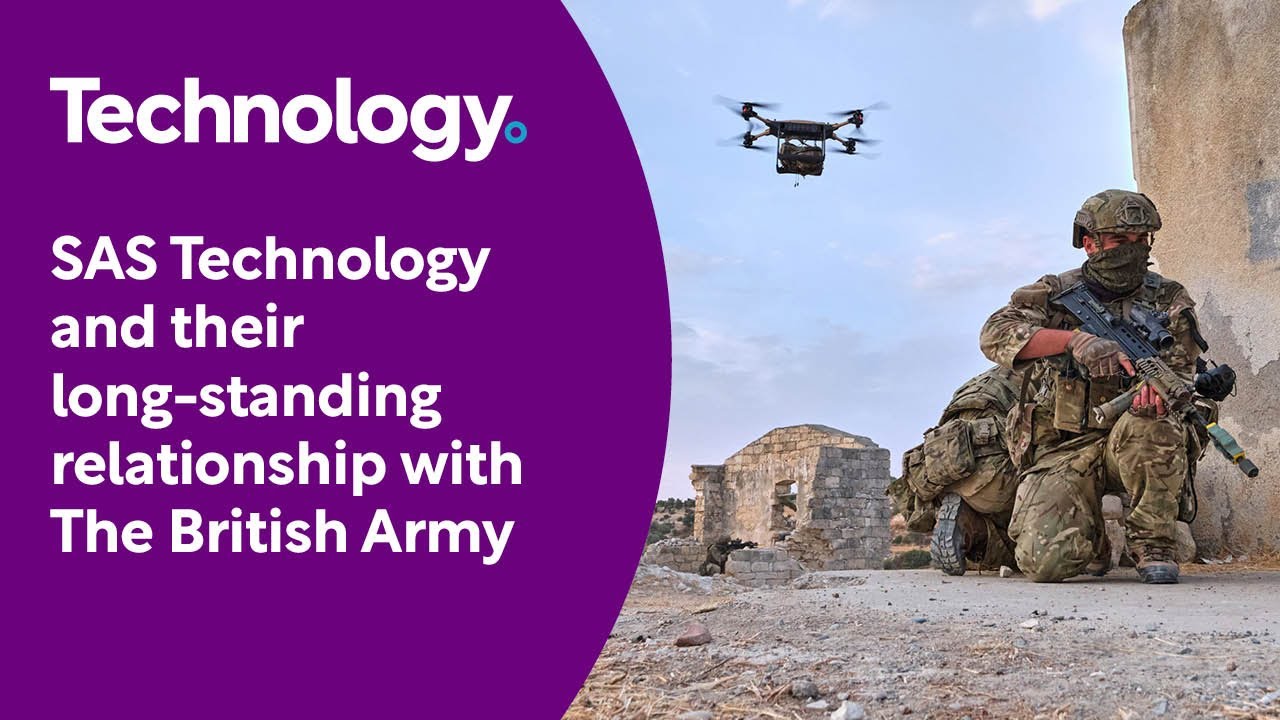