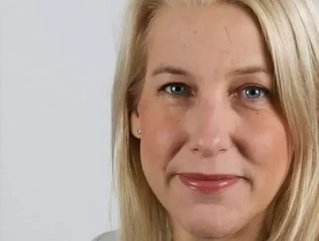 The Low Pay Commission's annual report to government on the National Minimum Wage (NMW) and its recommendations for NMW rates from October 2015 were published on March 17. It will have far reaching implications for the country’s high streets according to Helen Dickinson, Director General of the British Retail Consortium (BRC).

The Prime Minister and the Deputy Prime Minister announced that the NMW will increase by 3 percent to a new rate of £6.70 per hour, effective from October 2015. This is the largest real-terms increase in the National Minimum Wage since 2008, and over 1.4 million of Britain’s lowest-paid workers are set to benefit, the coalition government claims.

Further, NMW for apprentices will increase by 57p an hour to £3.30. This is the largest ever increase in the National Minimum Wage for apprentices and will halve the gap with the NMW rate for 16 to 17 year olds, which will be £3.87 an hour from October 2015.

Responding to the announcement Helen Dickinson said: "Many retailers have already prepared for above inflationary rises in the levels of NMW. The increase in the headline rate will help many employees across the country who have seen their incomes increasingly squeezed in recent times. The retail industry has been supporting ordinary people with the cost of living as shop prices have been falling for two years. The industry also pays the vast majority of its workers well above NMW.
"However, we do have some concerns about the Government's approach to raising the apprenticeship rate. The retail industry employs almost 20 percent of the UK's apprentices and while our research shows that use of the apprenticeship rate is not widespread in the retail industry, the LPC's independence and recommendations are as important to workers as they are to business. They guarantee that those on minimum wage get the fair increases they deserve while ensuring that business and the economy are not damaged by the wage rises. Any significant departure from the recommendations, arrived at after rigorous independent interrogation of evidence from diverse sources, risks upsetting the fine balance struck by the LPC and potentially negatively impacting workers, the economy or both.”