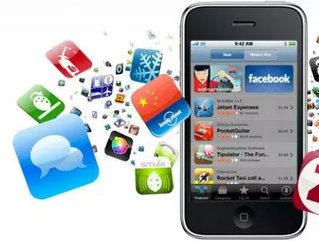 At this year’s Worldwide Development Conference Apple CEO Tim Cook announced that Apple would be giving access to the App Store to 32 new countries, bringing the total to 152.

Of those 32 new countries there are a number in Africa, ranging from countries like Chad with millions of potential app users to remote Sao Tome e Principe with just thousands.

What does this mean for Africa?

This is great news for Africa.  Over the past decade there has been an explosive growth in Africa of mobile devices – much more than traditional computer-based technology which requires a lot of ‘in the ground’ infrastructure.  In fact, Africa has very little in the way of legacy infrastructure.

A 2009 UN Report showed African mobile phone take up rose by 550 percent in five years with a reach across commerce, healthcare and social lives. Between 2003 and 2008 mobile subscriptions in Africa increased from 54 million to just under 350 million – at the time, the quickest growth in the world.

Now imagine all those people who are hungry for communication and information have apps. Imagine what could be unlocked with the power of iOS. Africans are hungry for technology and developers will unlock grass roots development talent all across Africa and develop for local needs, local cultures and with that will come an economic boost.

What will be interesting to see will be the balance between downloads of big hitting current apps and newly developed local apps.  It is likely that there will be more ‘hard’ apps being developed – around agriculture, micropayments and education – than ‘soft’ apps.

What is Apple’s strategy likely to be, and will it work in Africa?

Apple is taking steps which show it means business too, in particular by appointing more official resellers for its mobile devices in Africa in July and August.  Apple has also shown itself to be conscious of the cost of its mobile devices and is investigating hire purchase structures through its African distributors.

What does it represent for Apple

Apple’s steps into Africa show confidence.  That confidence is well placed, given Apple’s net profit for its last reported quarter was over US$8 billion.

Apple’s business model is solid – of all the players in the market, it is the most integrated into modern life.  (Look at how many people use Apple products at home but have also switched from Blackberries to iPhones and iPads at work.)  Apple is maintaining its place in the market as the hype continues to grow around the launch of the iPad Mini - a direct rival to Google's Nexus 7 and Amazon's Kindle Fire. Apple is widely expected to unveil its new smaller iPad at a media event on October 23. Apple will also release a new version of the existing iPad, which will be compatible with mobile provider EE's 4G network.

What this African expansion represents for Apple is the opportunity to harness significant revenue as African emerging markets flourish.  All adds to the bottom line, and the bottom line in existing Apple territories is less grow-able.

Vanessa Barnett of City law firm Charles Russell is a leading technology and media lawyer with a focus on Internet and mobile business.  She has advised a number of leading online brands.  She is the only technology and media lawyer on The Times’ Legal Panel, a group of thought leaders in law.  She is on the editorial board of e-commerce law and policy and ranked as a leading lawyer in Legal 500 and Chambers.  She blogs at vanessabarnett.wordpress.com and tweets @vanessabarnett.