Has WhatsApp broken its no advert promise? 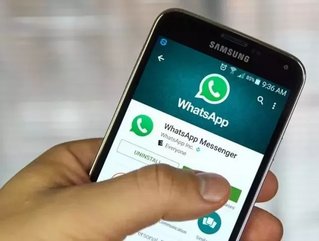 Facebook will be farming data from users of its instant messaging app WhatsApp.

Mark Zuckerberg’s social media giant has justified the move by saying that such data sharing will enhance the ‘ads and product experience’ on Facebook, while WhatsApp say it will be a useful tool for customers of airlines or banks who can use your number to warn you of delayed flights or fraud.

But has WhatsApp reneged on its promise it made not to sell or share numbers with advertisers? It may seem all too fresh in the memory given how recent the promise was made, but technically speaking the answer is no – there are ways to stop this from happening.

Many forums and websites have already revealed how to prevent ads from appearing on your WhatsApp, the main way being to open the new Ts and Cs sent by the IM service and untick the box that says ‘Share my WhatsApp account information with Facebook’.

Even if you blindly accept these new terms without unticking, there are still 30 days to have this changed, although it is common knowledge that most people do not choose to opt out. This has led to calls that the data sharing should have been an opt in instead.

Technicalities aside, this is a significant move for WhatsApp and its business model, used by more than a billion people all over the world. It was surely part of the plan Facebook hatched when buying the company for $21.8 billion two years ago.

Crucially, WhatsApp has confirmed that conversations will still remain absolutely private, though the temptation must be there as this would re-define the term ‘targeted advertisement’. Privacy will surely win the day on this one however, if it were to come to the Facebook and WhatsApp boardroom table.