Change in attitude to boost Tanzania’s engagement with AGOA 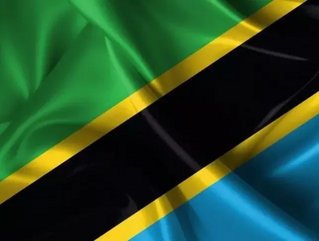 Tanzanians are appealing to their government to initiate measures to boost flagging trade in the preferential zone set up by the African Growth and Opportunity Act (AGOA).

AGOA is a trade deal which aims to bring Africa into the international market through free trade agreements with the United States.

Tanzania's level of trade within the preferential zone has steadily decreased in recent years, from 18.8 percent in 2000 to 4.1 percent in 2015; it comes as little wonder that business owners from across the country are calling for decisive action to reverse the worrying trend.

Dr Harrison Mwakyembe, Minister for the East African Corporation addressed a concerned audience in Dar es Salaam recently, and noted in comparison that Kenya’s trade within the AGOA zone had drastically increased over a similar time period: it was 56 percent in 2000 and by 2005 it had leapt up to 83 percent; today it stands at over 95 percent.

Also present was Deputy Minister for Trade and Industries, Janet Mbene who said: "The time has come for deliberate awareness campaign to help Tanzanians build confidence and clear knowledge on utilisation of the markets under AGOA initiative. Kenyans are doing well because they add value to their products some of which come from Tanzania."

MORE ON AGOA:
UPDATE: Tensions between USA and SA continue to rise over AGOA trade deal
US and South Africa in AGOA chicken trade row

The US has recently passed a Bill to support continued preferential free trade agreements through the AGOA Extension and Enhancement Act of 2015, but it remains to be seen how Tanzania will figure in the coming years.

It is clear that the solution to Tanzania’s falling engagement with AGOA requires a two-pronged approach: trade ministers need to step up talks with their American counterparts, whilst Tanzanian business owners need a shift in behaviour to ensure that their products supply US demands.