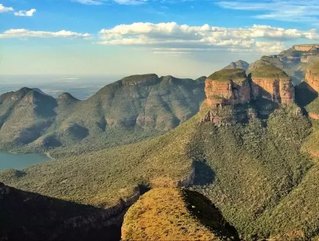 Shenzhen Hoi Mor Resources Holding Co. has signed a cooperation agreement with the South African Limpopo Economic Development Agency that has provided the Chinese conglomerate with an operating permit in the Musina-Makhado special economic zone (SEZ).

The permit will authorise Shenzen to develop, operate and manage the South African (SA) energy and metallurgical zone, with the company investing $3.8bn into the region in order to achieve this.

“This cluster provides a golden opportunity for our skills upgrading and technology transfer and has demonstration effects,” said Richard Zitha, Project Executive of the Musina SEZ, speaking to ChinAfrica.

“These dynamic effects have the potential to contribute further to regional development, especially in the long term.”

It is understood that the metallurgical industrial cluster consists of 10 projects including a power plant, ferrochrome plant, coking plant and steel and stainless steel plants.

“The implementation of various projects over the next five years is expected to create more than 21,000 jobs,” said Ning Yihai, Chairman of Shenzen Moi Hor Resources.

“Capacity building and skill development are the key areas we will focus on in our cooperation, and we will also increase value-added production.”

SA Trade and Industry Minister Rob Davies also praised the agreement, stating “the development of this SEZ is intended to accelerate economic growth, attract foreign and domestic direct investment, expand the manufacturing sector and mineral beneficiation, as well as create employment in the region”.

The move comes in the wake of SA being announced as the host nation of the 2018 BRICS summit, with President Jacob Zuma revealing that the country is looking to foster investment opportunities and partnerships with BRICS nations during this time.