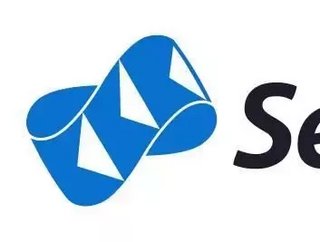 The leading API company and email delivery platform SendGrid, today released a collection of data on email open and click rates across Europe by device. The data was collected over two ten-day periods in 2014 and 2015, and spans ten billion emails sent across SendGrid’s database of over 200,000 companies.

Top trends that emerged include a fall in iPhone and iPad open rates in Europe and the steady growth of Android-based email engagements. The research findings show that in 2015:

In the UK, SendGrid’s largest European market by emails delivered, the iPhone still makes up almost a quarter (24 percent) of email opens and clicks, but this is an 8 percent decrease on 2014. This is despite iPhone opens and clicks rising overall across the EU by 8 percent, demonstrating a mixed result across the continent. Countries which appear to be moving away from using iPhone devices include Slovakia (-38 percent YoY), Luxembourg (-21 percent YoY) and the Netherlands (-14 percent YoY).

The iPad saw a more significant decline of 15 percent year-on-year, averaged across Europe. The most notable figures came from the Czech Republic where open rates fell by 52 percent year on year, closely followed by Latvia and Greece (both falling by 49 percent). The UK was one of the few exceptions with open rates on the Apple tablet increasing by 5 percent. Overall, iPhone and iPad email use in Europe was relatively stagnant, with an average growth of only 1 percent between 2014 and 2015

...while Android usage goes up

Email opens on an Android device rose by an average of 68 percent across the EU. In the UK, Android open and click rates grew year-on-year by 23 percent, while the growth was much more significant in Bulgaria (+364 percent), Poland (+309 percent) and Luxembourg (+178 percent). Overall, 22 of the 28 EU member states saw an increase in Android email usage since 2014, significantly overtaking Apple devices for user engagements in year on year growth.

iPhone usage is now most popular in Croatia

Despite stagnant rates throughout Europe, the iPhone still dominates as the most popular device for email in some EU countries. Croatia saw almost three quarters (or 70 percent) of SendGrid-delivered email opens and clicks on an iPhone in 2015, a significantly higher figure than any of its European counterparts. The iPhone was also the most popular device in Denmark, with a 37 percent share of email usage in 2015.

The UK experienced 71 percent growth year-on-year in email opens and clicks on a BlackBerry device, one of the highest rates across the EU. The most considerable growth trend was seen in Poland (+238 percent) and Croatia (+218 percent). BlackBerry open rates also rose for Sweden (+59 percent), Italy (+32 percent), Belgium (+19 percent), the Netherlands (+19 percent) and Spain (+11 percent), and fell in only 4 of the 28 EU member states, most notably in Austria (-60 percent year-on-year).

Aaron Beach, SendGrid’s Senior Data Scientist, commenting on the data findings stated: “Since the very first corporate email was sent a little over 33 years ago this week, we've seen it become the ‘de facto’ business communications tool of the modern era, more recently consisting mainly of mobile-based communications. Email has now become the dominant platform for sending and receiving corporate email. Our data indicates that tablet usage just hasn't taken off in the same meaningful way.

"However, whilst Apple devices remain the most popular business communications platform, we've seen Android steadily catch up in our year-on-year data for all device platform clicks. Apple will have some work to do to maintain their dominant position.

"During 2015 SendGrid has observed growth in European markets at two to five times the rate observed domestically within the US, and slightly higher growth than that observed across the globe, making Europe one of  SendGrid’s fastest growing regions.”