Cyber crime and the weaponisation of IoT 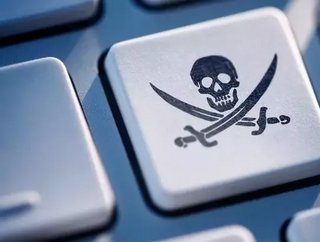 2016 seems to have been the year of the IoT botnet. Currently, various organisations estimate that there are between six and 12 billion IoT devices out there, and this number is expected to grow beyond 20 billion by 2020.

IoT devices, by their very nature, have to be easy to deploy and use and this can mean they get very little consideration from their users when it comes to security. Fundamentally, IoT devices are small computers that in some cases are directly connected to the Internet without firewalls. How many of us would plug our laptop into the open Internet without any security enabled, or any patches installed on top of the original operating system and applications? Not many, but some people don’t think about IoT devices in the same way.

The sheer number of IoT devices now available, and their lack of security features, makes them an ideal target for attackers looking to build out botnets. IoT botnets are nothing new, they have been with us for a few years, but last year saw a massive increase in the recruitment of IoT devices by bad-actors around the world. And, we all know what happened next; large scale botnets were built and weaponised so that they could be used to launch DDoS attacks.

Distributed Denial of Service (DDoS) attacks are attacks that target the availability of an Internet connected service, application or business. Last year IoT botnets were responsible for sustained 540Gbps attacks against organisations affiliated with an international sporting event in Brazil in August; attacks against security journalist Brian Krebs in September, which peaked at 620Gbps; and high-profile DDoS attacks against authoritative DNS provider Dyn in November.  The Krebs and Dyn attacks both received significant media coverage due to their effectiveness and persistence. The large international sporting event did not because it was effectively dealt with by the service providers involved.

The DDoS attacks from IoT botnets contributed to the strong growth in the scale, frequency and complexity of DDoS attacks last year. According to Arbor Networks’ most recent Worldwide Infrastructure Security Report  peak DDoS attacks sizes have grown rapidly, with a CAGR of 68percent over the past five years.  Average attack sizes also grew by 23percent just in 2016, and there was a big jump in the proportion of organisations seeing the most complex multi-vector attacks last year.  As more organisations become dependent on Internet connectivity, data and application services for day-to-day business continuity DDoS represents a significant risk. This is being addressed by many businesses and the same study also shows that 66percent of enterprises are now factoring the DDoS threat into their business risk management processes, so that it gets the right focus.

Mitigating the IoT and DDoS threat

Even if all IoT vendors suddenly decided to harden their devices and implement proper security measures many devices would never be patched or upgraded. Going forward better security within IoT devices is a must, but businesses and individuals need to be protected from those that are out there today.

The first thing we should do is prevent our devices being leveraged by attackers. Individuals and businesses should implement best practice, segmenting their networks and putting appropriate access restrictions in place so that IoT devices can only communicate with relevant services and users.  Default passwords should be changed and where possible the latest firmware updates installed to remove vulnerabilities.  Monitoring should also be put in place so that unusual network activity can be identified and investigated quickly.

The above will ensure that our own devices are not a part of the current problem, but we should also ensure that we have the appropriate services and solutions in place to protect the availability of our Internet connectivity from DDoS attack. Layered protection, incorporating a network perimeter component and a cloud / service-provider based services is best-practice and can defeat DDoS attacks, maintaining connectivity and service availability – protecting business continuity.

The use of IoT devices to launch DDoS attacks is nothing new, it is the scale of the problem now that has brought this to the mainstream.  IoT devices need to be engineered with better security in mind, and purchasers of these devices need to insist on this. What we have seen thus far is one kind of threat from IoT – but there will be others. Malware that hunts for IoT devices inside our networks already exists, allowing a compromised PC to spread an infection onto IoT devices that may not be accessible from the Internet.  We are just beginning to see the impact IoT will have on security.