Achieving firsts with the second revolution

Assuta Medical centers is Israel’s leading chain of private hospitals, preforming nearly 100,000 surgeries a year. Furthermore, it is the second largest imaging institute in Israel, performing nearly 1 million studies a year. It has been running since 1935, and since then its high standards have become renowned across the Middle East. Assuta has maintained its reputation as an advanced healthcare firm for 82 years. Thus, it could easily choose to uphold its tried-and-tested place in the private elective system. Why then, is Assuta about to open a public non-elective hospital? And why is its CIO building brand new IT solutions for the development?

“In the new hospital, we will have things that we don’t have in the elective system”, Admon says. “For example, we’ll have an emergency room, birth and maternity services, internal wards, geriatric wards and things we aren’t familiar with in our private elective system.”

Admon explains that although the new venture is radically different, Assuta has a history of digital innovation. “Up until 2006, Assuta didn’t have computer solutions. They had some solutions for billings and the like, but you couldn’t call it IT,” Admon says. Bruno Lavi, the former CIO of Assuta led a team of IT professionals, including Admon who served as his right-hand man, into Assuta’s “first revolution”. Over five years, Lavi and Admon’s team installed ERP throughout Assuta, including billing systems, booking management operations procurement and more ERP modules built especially for hospital environments. Admon adds: “In parallel with the ERP system, we have installed end to end EMR solution connected to a laboratory information system, radiology information system & PACS. Along with CRM and other core systems all integrated one to another”

Next came Assuta’s “second revolution”. “This practically led Assuta to the digital era,” Admon says. “We have opened Assuta out to the world, we have developed solutions so patients can get their medical records and the like, we developed an application for doctors so the doctors will get online updates regarding their patients’ medical state. This is all prior to building the new hospital as the 8th medical center in Assuta’s chain of medical centres.”

Chairman of the board Professor Joshua Shemer added: Assuta Medical Centers is a dominant player in the Israeli healthcare system setting standards and trends that place us at the forefront of medical care.  Assuta is a dynamic and professional network – our human capital is our greatest resource providing the best patient care with sensitivity, dignity and privacy.

Assuta will also achieve another first. “We’re going to be connected to one of the largest HMOs [health maintenance organisations] in Israel,” Admon tells us. Assuta’s new hospital will be the first Israeli hospital to be digitally integrated with community health and welfare services. “We’re going to give the patients the best medical treatment and customer service we can,” Admon continues. “When a discharged patient is in the community and he needs something from the hospital, everything will be held in a computerised way. When the patient comes to the hospital, we will already know everything we need to know about his medical history.” Similarly, Assuta will make sure that discharged patients have access to medical services within the community. For example, hospital staff might schedule an appointment with a physiotherapist via a digital interface, on behalf of the patient.

Assuta has already hired most of the staff needed for the new hospital. We ask Admon how he plans to train these employees in the hospital’s new IT system. “We have built a training environment with all the systems that are going to operate in the new hospital,” he answers. “We hired a company in Israel that is expert at assimilating IT systems and has done such projects in other hospitals. Dozens of our own IT professionals are going to teach the staff how to use the systems.”

As for the person leading the digital transformation, Admon is certainly qualified for the job. He tells of his 15+ years’ experience in healthcare IT, including a CTO role at Sheba Medical Centre – the largest hospital in the Middle East. Admon also has the zeal and optimism needed to carry Assuta’s new project through. “I’m lucky because I’m the only CIO in Israel that has to face such a challenge,” he says. “Other healthcare CIOs don’t have to build a new hospital from scratch. So even though it’s challenging, it’s also something that leaves my mark on history.”

Admon operates on pride and passion, but when developing complex IT systems, he also uses thorough R&D. “We did a lot of legwork,” he tells us. “We went to public hospitals, and we researched medical, administrative and billing processes, everything that the public hospital owns. We hired consultants that are familiar with the public sector and studied the differences and the similarities between the public and private systems.” After that, Admon’s teams characterised the solutions. They checked the maturity of the systems in relation to its public hospital setting. Admon explains: “Most of the systems had 80 percent maturity and the ability to operate in a public hospital because the processes are not so different. Healthcare is basically the same, even if it’s in a private hospital.”

Admon admits that an untroubled transition is too good to be true. When we ask about challenges, Admon laughs. “It’s been an intense few years, peaking now, with the opening of the hospital we worked so hard to plan and build. The new hospital practically duplicates our IT facilities. We have to operate the existing medical centers while supporting the new-born hospital in its early stages.” These “early stages” will last for over a year, thus Admon and his team will continue working around the clock. Regardless, Admon is excited. “It’s a huge challenge that will be marked in the history of Israel’s healthcare system.”

Admon has various other visions for the future. He explains: “The first most important thing is a smooth operation of the hospital from day one. The second is to see that care based on integration with the community and welfare services is making the meaningful change on health services in Israel. Maybe other countries in Europe and US will adopt this revolutionary vision.”

“Assuta is poised to change the face of Israel’s public healthcare sector with the Assuta Ashdod Public Hospital,” Shemer says.  “Assuta Ashdod will realize our vision of a truly integrative patient care model – the first of its kind in Israel.”

Admon also aims to integrate cloud technology into the Assuta’s IT strategy. Due to regulatory issues, Healthcare providers are currently not allowed to use the public cloud. “Most of the public cloud solutions use nodes abroad, and medical information is not allowed outside the borders of Israel,” Admon says. Despite these restrictions, he is preparing Assuta Medical Centers to be “cloud ready”. After doors open, Admon’s team will build infrastructure to allow information to be transferred to a cloud if the laws change.

On 4 June, Assuta opened the first services in the new hospital and is well underway to leading. the Israeli healthcare sector with its innovative IT strategy. The new hospital will be the first public hospital built in Israel in the last 40 years, and Admon’s new system will demonstrate how far healthcare technology has come since the last launch.

Shemer neatly summarised: “Assuta is a model for Israel’s hospitals, we don’t just raise the bar, we set the bar.” 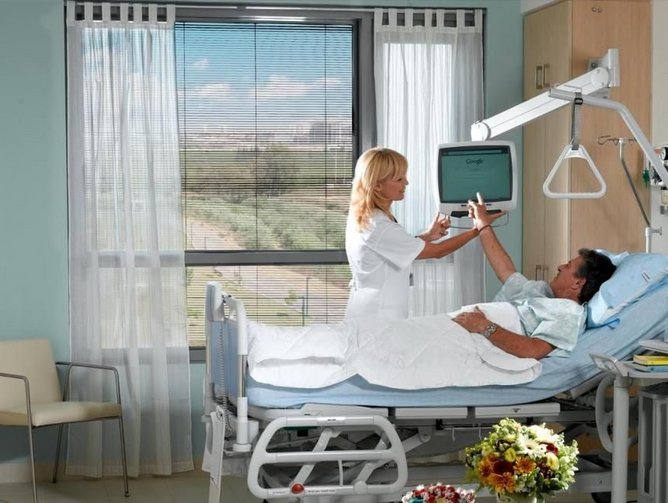 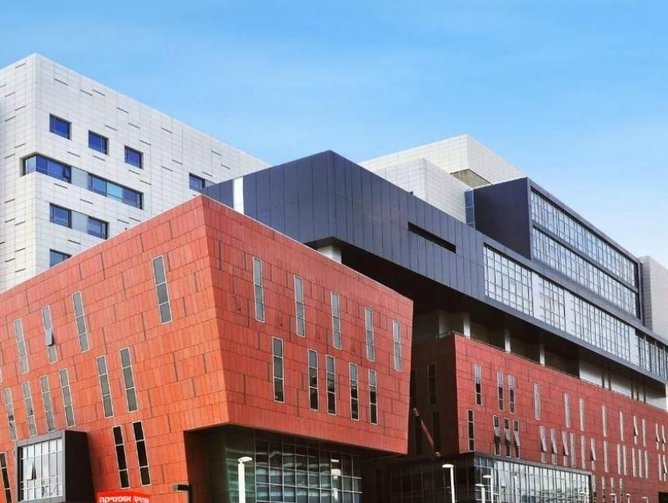 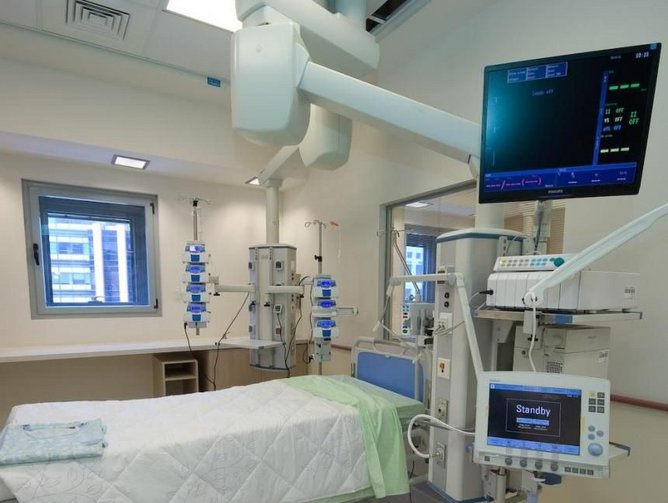 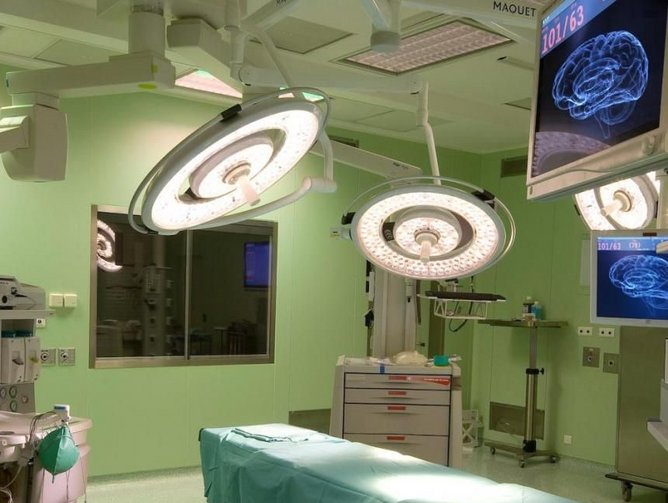 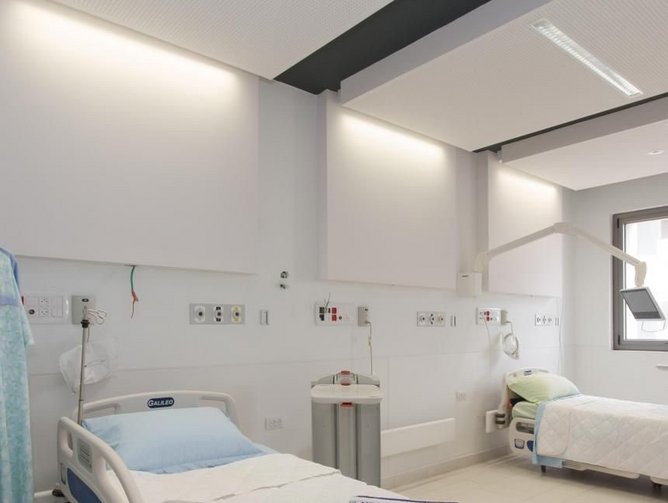