Up in the cloud

Business Review Europe speaks to the CTO of Travix International, Rob McDonald, about how his team has transformed the company’s IT processes and, as a result, the business.

Sometimes, when multiple businesses come together with the view to form something bigger and better, it’s difficult to get themselves organised in a way that best utilises the combination of their strengths. Consolidation isn’t easy, and it is at this critical point where companies often employ somebody with experience in business transformation to guide the way.

Enter Rob McDonald, CTO and CPO at Travix International, one of the leading global online travel agencies which is part of the BCD Group, and operates under the brand names CheapTickets, BudgetAir, Vayama, Vliegwinkel, and Flugladen. As well as flight tickets, Travix offers attractive pricing for hotels, rental cars, insurance, parking, and transfers, and operates across 35 countries with over 500 multi-national members of staff. The company mantra is ‘we move people’, and aims to provide the full package of services necessary for travellers who choose it.

Travix is the combination of three businesses (CheapTickets, BudgetAir, Vliegwinkel) merged into one in 2011, yet they each continued to operate separately until McDonald stepped in two years later.

“It was pretty challenging,” McDonald admits. “At that point there was no real integration yet; nothing had changed on either the IT or the business side. Once I joined, we made some quick decisions and said ‘this is what we now need to do’. We changed our strategy and short-term plan accordingly to focus on optimising what we had, so we could drive the maximum business value from our existing platforms. The technology teams were instantly on board and excited to be part of the plan for a big future.”

While McDonald was forced to build an entirely new business process, this wasn’t entirely new for him. Prior to joining Travix in 2013, he had worked on front end and middle-tier level platform-building, but the huge end-to-end scale of this project was uncharted territory. McDonald admits he sometimes became frustrated that the process couldn’t move as quickly as he desired, due to the sheer number of elements involved, but that was a part of what made it so satisfying: “The team was totally engaged and up for the challenge. In a large scale program like this there are many opportunities for teams to step up and make a difference, and that is what I saw.  We were able to adopt new technologies and really up our game across the whole technology stack.”

Prior to Travix, McDonald’s career was predominantly in the travel agency sector, beginning with Online Travel Corporation PLC, a start-up acquired by lastminute.com which he then moved on to, and followed that with a role at the company lastminute.com was bought by, Travelocity. He then worked for five years for Rank Group PLC, deviating from the theme by delving into the world of gambling with brands like Mecca Bingo and Grosvenor Casino, before stepping into his current role.

McDonald joined Travix prepared for a sizeable challenge, and fortunately the existing staff were ready and willing to take on whatever was needed.

“It was pretty obvious what needed to be done,” he explains. “It was just a matter of making a decision and moving forward. I got the senior team on board and said ‘this is what we need to do’, and just went in that direction. The technology teams knew what to do but had previously not been allowed the freedom to go that route, and so the inevitable had been deferred for a long time. Once we got stuck in it took about two and a half years to complete the consolidation of the technology platforms.

“It was very much a consolidation integration story. We had a very successful and sizeable business, but so much complexity in the technology area. The moment I started we made a big change around in terms of the teams, focussing on our ability to deliver in three layers; front end, platform, and back office (ERP). We had to accommodate all the functionality we needed from all three businesses to make sure that when we migrated, we were ready to go. We didn’t have one system that would work long-term so we re-used parts of our business logic layer, and then for the most part built it from the ground up.”

A major challenge that struck during the transformation was in trying to integrate truly global requirements into a single system. One of the platforms had been built from the ground up to suit the North American market: “The US business model for travel is very different; they had a lot of complex functionality and capabilities that we don’t necessarily use in Europe,” McDonald says, “so when we had to migrate their platform – the hardest platform we had to work with – the stakeholders were managed very carefully so we didn’t miss anything. They were relatively happy with what they had and didn’t want to lose anything, but at the same time wanted to take advantage of everything they’d get on the new platform.”

Once the platforms were securely consolidated, the focus turned to tooling in order to streamline each smaller process. Teams were having to use multiple systems for every job, so if somebody in Amsterdam was working on the US or Asian site, they would require different tools for each one.

“Having to learn systems in triplicate or more lowers operational efficiency, and with that, once you smooth it down to a single platform it’s much easier for you to measure the success of the changes you’re implementing,” McDonald says. “The finance operations team went from using three different accounting packages and back office processes to a single platform, which means we can actually report properly as one company, and that makes a huge difference to our business operations.”

Now, the company can track what is happening day-to-day, hour-by-hour, whereas previously the team had to wait until the end of each month to gauge its performance. From the perspective of the customer, the changes that the company has undergone means it can roll all of its services out globally with ease, whereas such a thing would not have been possible historically; Travix would have had to build the same product several times – one for each country. The time to market is dramatically improved with this new and improved structure.

The challenge of driving systems consolidation does not necessarily have to slow down innovation entirely. During this period McDonald and team were able to add hundreds of new features in parallel, which allowed the business to continue its high growth: “A couple of things stand out for me – the first was that we embedded a highly powerful new rules engine into our platform, which allowed the business teams to be extremely creative in how the system behaved. The rules engine controls pricing, filtering, sorting and content sourcing – which means that features which previously had to be built by developers are now controlled and implemented by business teams.”

Travix uses the Agile Scrum methodology for its software development. Scrum allows the delivery of features and functionality in short time cycles, meaning the company can prioritise work and break it into smaller iterations of 2 weeks, continually releasing until the feature or product is finalised: “So we build the most important features in cycles of two weeks and put them live when ready,” McDonald explains. “The thirteen development teams were focussed almost entirely on this migration project, and the overall goal was focussed around either front end technology, the platform, or back office finance processes.

“As we got to the end of the program we were able to turn those teams from technical teams to product or features teams, the idea being that each of those teams could then start to deliver features directly into the new platform on their own. Then it became more aligned with the overall business, with a product team working on flight features, one on call centre technology, and so on. They’re all able to deliver specific products and features in their specialist areas, and employee engagement is at an all-time high.”

Technology partners are key to large scale programs of this nature: “We are at our heart a flights business, and our partnership with Amadeus has meant that we can innovate across our systems to add new customer experiences and exciting new features. For example we were the first company to show airline branded fares on our sites, which opens up the complex world of airline products in a new and exciting way.”

Another partnership Travix particularly values is that with Google. McDonald and his team decided early on in the transformation process that they would move straight to the cloud as soon as possible (something which went live nearly 2 years ago), and so Travix partnered with Google, predominantly due to the fact that this meant the business would be immediately influential on the roadmap.

“We built a whole platform new front end platform which would run easily on their cloud platform, and worked closely with Google using the alpha version of their Kubernetes container management system,” says McDonald. “While it’s a little risky to do that, the upside was that we were able to work very closely with Google engineers to fix faults in the platform and help them build key features that would really benefit us. Through that we formed a really close partnership with the Google cloud team; that’s a big differentiator for us certainly as we grow globally. We need to be closer to the customer so they get the best experience. The more time we can strip off the process of searching for flights and payments, the better the customer experience. Google helps us work globally and optimise performance.”

This streamlining has proven invaluable for Travix, and the customer response has been overwhelmingly positive – and rightly so. After all, McDonald says, “the customer has always been our main focus. The challenge is to serve them consistently when you’re basically rebuilding functionality from one platform to the next. That doesn’t add value to the customer until the customer is able to use the new platform. There’s a transition period that we have to accommodate there but everything moves much quicker, and all the benefits you have from a single platform kick in.” 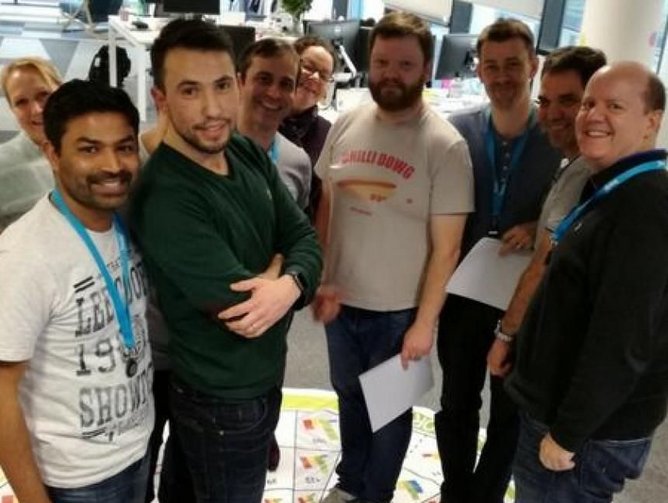 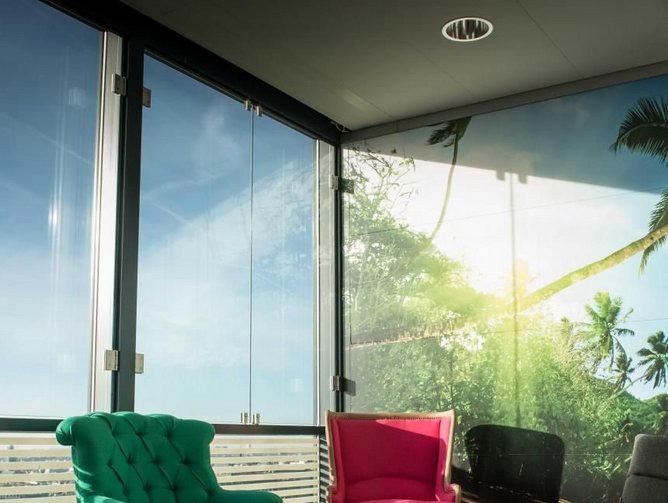 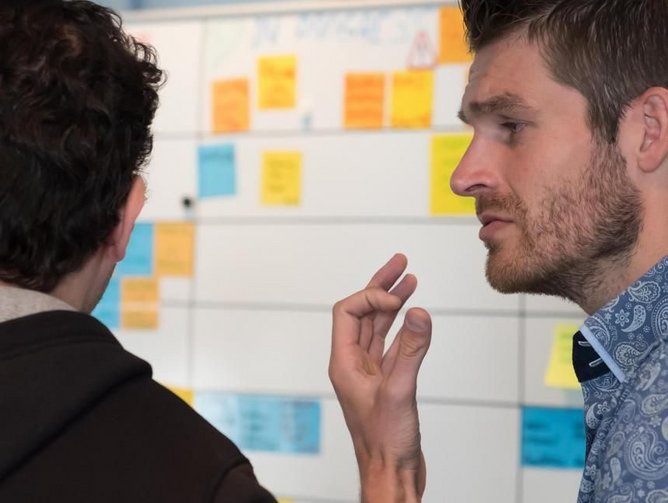