Dutch dairy co-operative FrieslandCampina is one of the leading dairy co-operatives in the world. It produces and sells consumer products (e.g. dairy-based beverages, infant nutrition, cheese and desserts) in Africa, Asia and many European countries. Dairy products are also exported worldwide from the Netherlands. In addition, products are supplied to professional customers, including cream and butter products to bakeries and catering companies. FrieslandCampina also sells ingredients and half-finished products to manufacturers of infant nutrition, the food industry and the pharmaceutical sector around the world.

FrieslandCampina was among the first multinational companies to enter Middle East market in early 50s. Since then, the company hasestablished a strong position in the market. Its brands, such as RAINBOW® and OMELA®, have become household names in the region.

What is FrieslandCampina’s secret to Middle Eastern success? “I think it is about consistently striving for the best quality,” explains Bas Roelofs, Managing Director for FrieslandCampina Middle East. “Being here for more than 60 years, allows us to have a strong heritage in the region.”

Before becoming Managing Director of the Middle East, Roelofs spent four years as a Director of Sales and Shopper Marketing for FrieslandCampina. Supply Chain Digital speaks to him about how FrieslandCampina is building on the region’s positive economic and social changes, and how they plan to further expand and invest in Middle East.

Co-operative Company
FrieslandCampina is a proud dairy co-operative. “We have 19,000 member farmers who have from generation to generation owned this company, and that’s different than having a stock-market listed company, of course,” Roelofs comments. He also insists that the firm’s co-operative status distinguishes it from competitors; that its farmers’ joint entrepreneurial mind-set separates FrieslandCampina from stock-market listed companies.

“When we started back in 1871 we had a small group of farmers forming a small company, now we are one of the top global dairy multinationals,” Roelofs asserts. This small group of farmers has expanded over the Netherlands, Belgium and Germany. Roelofs believes that FrieslandCampina’s success as a co-operative has allowed it to reach out to several foreign regions, including The Middle East.

Staying Fresh
The company has a unique ‘grass to glass’ business model, ensuring it adheres to the highest quality standards in the dairy industry. The model is anchored on our ability to have full control of the whole chain: from the farms (grass) to the final product (glass). With more than 140 years of knowledge on farming, food production, food safety, sustainability, health and nutrition as well as in depth knowledge of the market, FrieslandCampina believes it is well placed to be part of the fast growth of this region.

Roelofs describes the process: “That all starts with collecting the milk directly from the farms, where we keep them in a chilled truck to get it to the production facility. It all happens in a short time frame to make sure the milk is fully fresh when it reaches our facilities.”

From this point, different products follow different chains. “We have a supply chain where the finished product doesn’t have to be chilled, like with Rainbow evaporated milk. We also have products that need to be fully chilled all the way to delivery in store (like cheese), which has to be kept between four and seven degrees. We have our Friso brand (infant formula) that has to be kept at a very stable temperature as well,” Roelofs adds.

After production, the products are transported in chilled containers on boats, to the receiving region. FrieslandCampina tracks deviation in temperature throughout the journey, from harbor to store.

Progressive Plans
FrieslandCampina is determined to maintain a culture of innovation. A newly opened state of the art R&D center in Wageningen Campus, the Netherlands, invests in unlocking maximum potential in dairy and creating new concepts.

FrieslandCampina Middle East realises that along with consulting its Dutch R&D center, it must carry out its local consumer research in the Middle East.

“In order to reflect the local needs, our consumer research is done locally. We listen to insights from key stakeholders, or it could even be government requirements or consumers calling our consumer care line,” says Roelofs. “We link that back to our R&D center and make the maximum use out of that so we can always be close to consumers’ needs”.

FrieslandCampina Middle East also focuses on what Roelofs calls “commercial innovation”. Current engagement with stakeholders and consumers is different from the company’s strategy two or three decades ago. For instance, FrieslandCampina is currently running a big digital campaign for its Frico cheese brand – this would not have been possible five or ten years ago.

Neither would it have been possible for FrieslandCampina to produce a widespread media campaign with celebrity chef Sanjeev Kapoor. Kapoor is the protagonist of Rainbow evaporated milk brand communication running across major UAE TV and radio networks. Kapoor promotes Rainbow’s capacity to enhance the taste of traditional Asian karak tea.
Another commercial innovation centres around the activation of Rainbow flavored milk, a product produced in FrieslandCampina’s Jeddah factory. “We recently won the Guinness Book of World Records in the Jeddah Red Sea Mall, where we had the world’s largest gathering of kids dressed as Ben Ten,” Roelofs comments. Ben 10 is a much loved character from Cartoon Network EMEA, who partnered with FrieslandCampina Middle East.

Roelofs acknowledges current conflicts in the Middle East: “Of course, often covered in the news lately are the wars in Iraq, Syria and Yemen. That gives a completely new and different challenge”. Roelofs also recognizes the instability of oil prices and the geographical complexity of the region. However, he ultimately believes that the benefits of operating in the Middle East far outweigh the risks. Roelofs sees the Middle East as vibrant, and feels FrieslandCampina can learn from and contribute to the region. We have a lot to offer the diverse nationalities and cultures.

Roelofs adds: “This region has a population which is growing, notably a young and educated demographic with high investment both in the public and private sector. Personally that gives me energy.”

He believes that in the coming decade the region will see strong economic and personal growth. Roelofs ultimately recognizes that it’s a privilege for FrieslandCampina to operate in the region, despite its challenges.

Expansion and Investment
The firm has big plans for the future. Firstly, it is investing in its Jeddah factory, where it produces Rainbow ready to drink milk.

Sustainability is another area which is seeing heavy investment. “One of the things that we’ve recently announced is our commitment to massively invest in biogas equipment, meaning that our farmers will be able to use the manure to get electricity for the farms. As such we know that we can get more milk, more growth and a lower carbon footprint,” Roelofs notes.

FrieslandCampina Middle East is also reducing wastage of energy and water in its Jeddah factory.

Roelofs believes that FrieslandCampina Middle East will maintain its success over the coming years. “Aim for the stars while keeping your feet on the ground” he states, a motto that aptly summarizes the co-operative’s future plans. 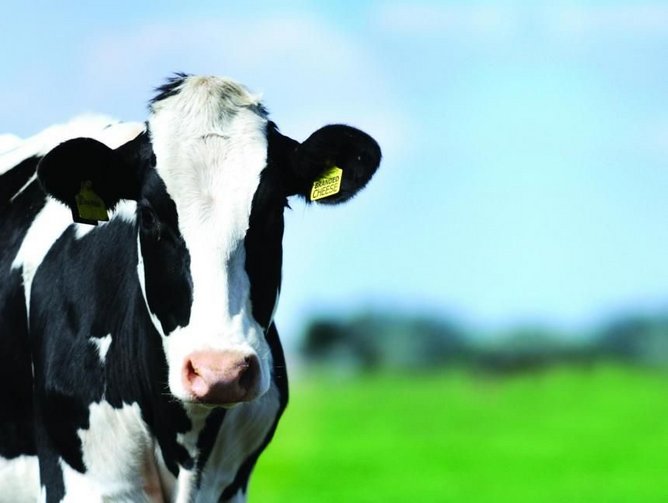 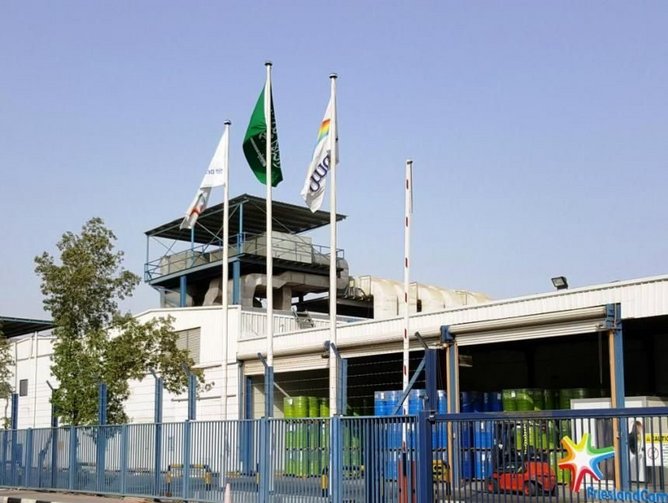 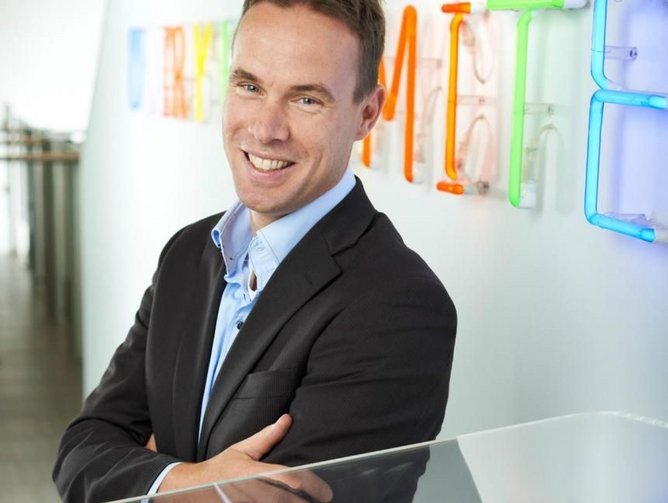 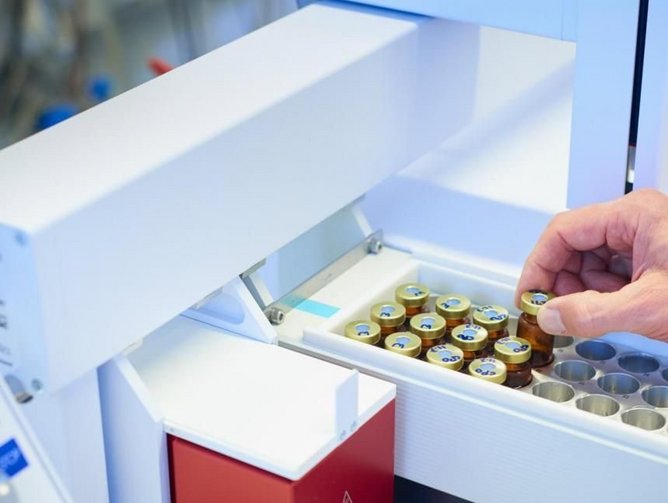 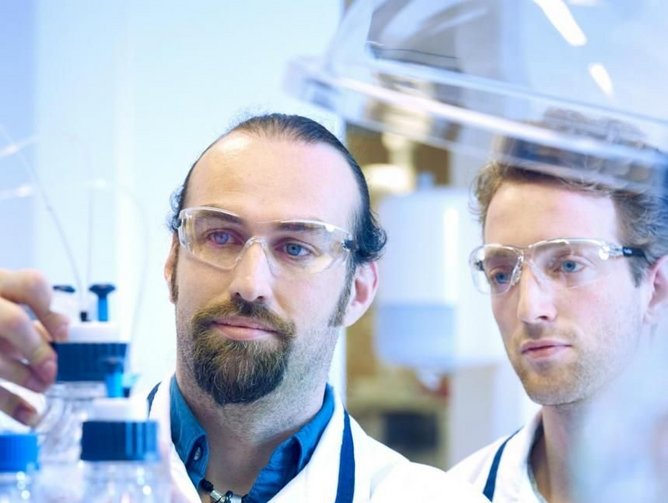 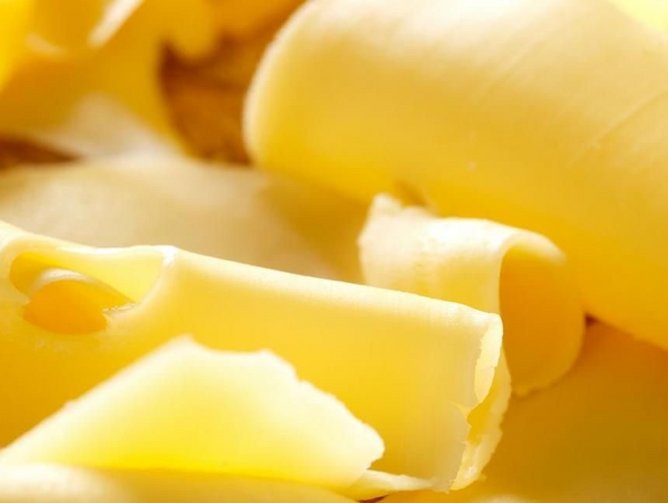 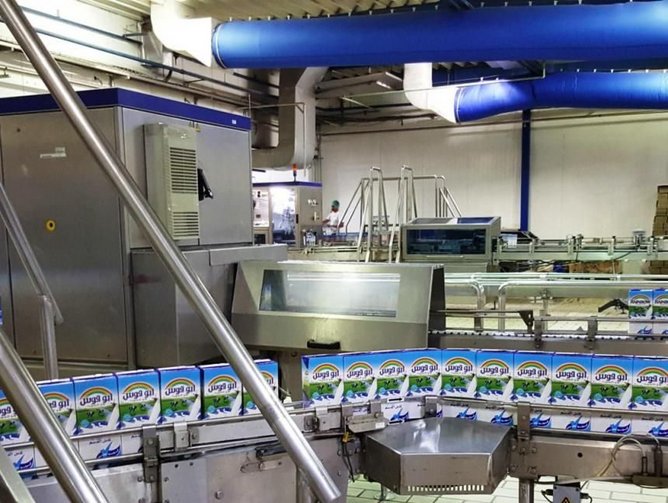