The West African country of Guinea may seem small but scratch under its surface and this fast-emerging nation is set to become a frontrunner in the mining industry – and it’s all thanks to its abundant asset, bauxite.

Sitting on top of about a third of the world’s total bauxite reserves, the small, yet-resource rich country of Guinea is the second largest provider and exporter of the ore in the world.

With exports set to soar in comings years, Guinea is on track to continue on an upward trajectory and, by extracting bauxite from the heart of the country’s Boké region, Compagnie des Bauxites de Guinée (CBG), is positioned to play a key role in this future.

In the 1970s, the company’s first ship left the port of Kamsar with 19,000 tonnes of ore on board after a total loading time of 125 hours. Today, the Compagnie des Bauxites de Guinée has the ability to load 75,000 tonnes of bauxite on boats in less than 20 hours.

Production hit 15mn tonnes for the first time back in 2013 – and the numbers are still rising. As such, the historic company is keen to maintain momentum.

In order to meet the pressing demand for this valuable mineral, CBG has embarked on an ambitious US$1bn project that’s set to drastically expand its operations.

By investing in its plant and port in Kamsar, the Guinean miner hopes to grow its production and export capacity in two phases: the first phase aimed to increase production capacity to 18.5mn tonnes per year as of December 2017, followed by a second phase with an increased capacity of 22.5mn tonnes by 2022.

Through the massive multi-phase expansion project, CBG intends to increase the production capacity of its railway, power plant, and port treatment plant, to boost revenues and enhance the mine’s efficiency.

Yet, although CBG is ambitiously trying to double its production capabilities and scale up, it isn’t going to compromise its values to do so.

Under the guidance of General Manager Souleymane Traore, CBG has redefined its strategy, balancing speed, compliance, sustainability and spending to lead an exemplary operation in Guinea.

By all accounts, health and safety is CBG’s top priority. Therefore, the mining firm is keen to ensure that the bauxite is extracted, treated, and shipped in the safest of conditions and that it has “strict compliance” with the highest national and international practices.

As one of its the region’s most prized resources, bauxite production is of strong economic importance to Guinea, accounting for roughly 20% of the country’s gross domestic product and 80% of its exports.

Therefore, the mining giant’s US$1bn expansion plan will not only create a lasting legacy for the company, it will also create a positive future for the country at large.

Throughout its 45-year history, the Compagnie des Bauxites de Guinée has continued to make a meaningful contribution to the region’s local economy.

In fact, CBG is currently the single largest contributor of revenue to Guinea and the US$1bn project expects to add further revenue through additional tax and dividend payments.

As well as this, the company has cemented itself as one of the key drivers of employment in the Boké region, currently standing as the largest employer in the country after the state.

These are impressive statistics, but beyond the figures, it is clear that CBG is having a profound and meaningful impact on the lives of everyday people in Guinea’s mining communities.

Indeed, since 2010, the mining giant has partnered with local authorities to help promote the creation, training, and supervision of small and medium-sized enterprises (SMEs), especially if these are in areas such as sanitation, public works, rehabilitation, and reforestation.

To date, this policy has created a dozen SMEs in the Sangaredi and Kamasar region. In doing so it has helped to employ over 950 people and perhaps, more importantly, it has assisted in creating social security and peace in the area.

As a local Guinean miner, the Compagnie des Bauxites de Guinée takes an authentic, grounded approach to corporate responsibility. It prides itself on developing lasting relationships with communities based on mutual trust, transparency, active partnerships and commitments.

As a result, the company makes sure that its community investments are genuinely aligned with the priorities of local people and collectives, with projects often focused on key issues such as health, education, and basic infrastructure.

One such health project that has seen visible results is the company’s commitment to counter the spread of malaria, a high risk to Guinean families throughout the year.

The repercussions of the mosquito-transmitted disease are painfully felt by local communities and so, to combat this, the Compagnie des Bauxites de Guinée launched a malaria control programme in 2016 in collaboration with the National Program for the Fight Against Malaria.

Helping the employees and communities which are so intertwined with the mining operation, CBG’s programme focuses on three main pillars: the distribution of mosquito nets, intra-domiciliary spraying, and community awareness courses about the disease’s symptoms.

Through such projects, the Compagnie des Bauxites de Guinée not only positions itself as an impressive mining leader; it also showcases its impressive moral code, ethical standards and commitment to the local people.

This ethical stance extends not only to the country’s people but to Guinea’s local environment and habitats.

Sustainability sits at the heart of CBG’s vision for its mining operations and, like many in the mining industry today, Traore and his team are keen to balance its mammoth expansion programme with the need to preserve the nation’s environmental integrity and biodiversity.

To this end, CBG has created a pioneering Biodiversity Management System to oversee and manage the project’s biodiversity impact. This crucial programme outlines the company’s key environmental strategies and these include: creating a buffer zone around the habitats of critically endangered and endangered species; offsetting any impact to the country’s endangered chimpanzee habitat; reducing noise pollution by using surface mining techniques and avoiding dredging during species’ breeding season.

With its burgeoning operations and proactive sense of social responsibility, the Compagnie des Bauxites de Guinée is, by all means, a mammoth operation. The day-to-day running of CBG is a challenging feat but thanks to the company’s committed workforce and adept management under Traore, CBG has established itself as a major player in the mining sector.

The team at CBG is a tightknit one but this sense of togetherness hasn’t been closed off to CBG and its employees – it’s a philosophy that is ingrained in its relationships with the mine’s partners and suppliers. Whether its gaining industry knowledge from partners like HyMex, enhancing the railway system with Canarail Consultants Inc, or handling materials thanks to equipment from Takraf, Traore and his team understand that the company’s partnerships are an integral component of its success.

CBG’s operations are, by all means, on a global scale. Therefore, by gaining only the best expertise from industry partners like TIG+, Vinci Construction, Tecnasol, MTN Business Guinea Conakry, Transco and Aden Services, CBG has continued to evolve over its 45-year history and has kept up-to-date with the latest industry know-how.

Unquestionably, the Compagnie des Bauxites de Guinée is helping to reinvigorate the African country’s natural resources sector, signing a succession of impressive contracts along the way. In November 2017, it signed a historic agreement with Mubadala Development Company whereby it agreed to supply the United Arab Emirates with a lengthy supply of bauxite. This was a huge victory for the firm and it seems the company has many more ground-breaking deals to come.

Extending across Guinea’s mining heartland of Boké, CBG’s US$1bn expansion plan has yielded promising results so far. It seems that, as the world’s biggest bauxite exporter, CBG will continue to have a pivotal role to play in both the West African country’s future and, indeed, the future of the aluminium industry.

Forming one of the crucial minerals needed for aluminium production, Guinea’s bauxite reserves are an indispensable asset for the aeronautic, automotive, building and packaging sectors, and beyond. Therefore, Guinea’s role on the world mining stage cannot be overlooked.

Yet, although Guinea ranks first in the world for its bauxite reserves, the potential of this in-demand resource has not been fully revealed. The West African country ranks sixth in the world for its extraction of high-grade bauxite but, through its mammoth US$1bn expansion plan, the Compagnie des Bauxites de Guinée hopes to change that – and it seems it’s well on its way.

Guinea’s bauxite reserves are amongst the highest quality worldwide, making it a valuable resource in the global market. By balancing its vast expansion plan with extensive CSR policies, the Compagnie des Bauxites de Guinée has cemented itself as a definite ‘one to watch’ on the global mining stage. 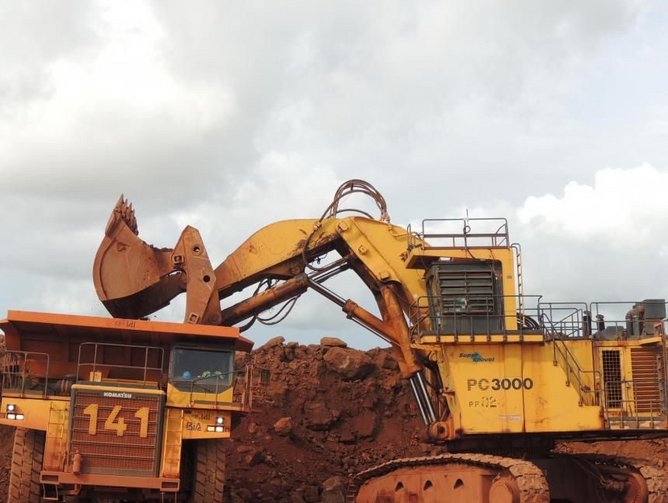 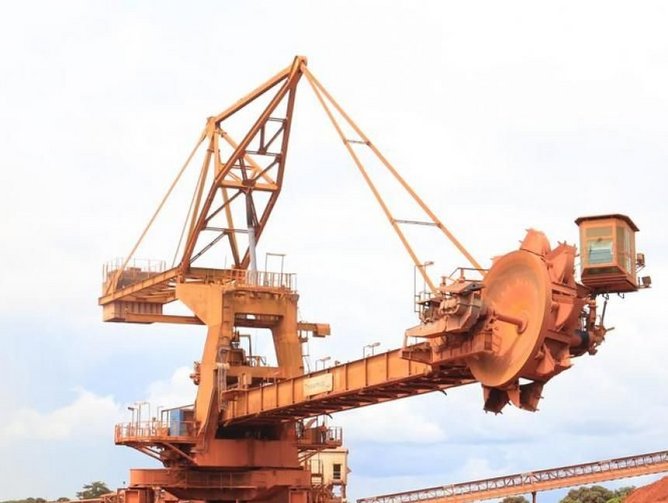 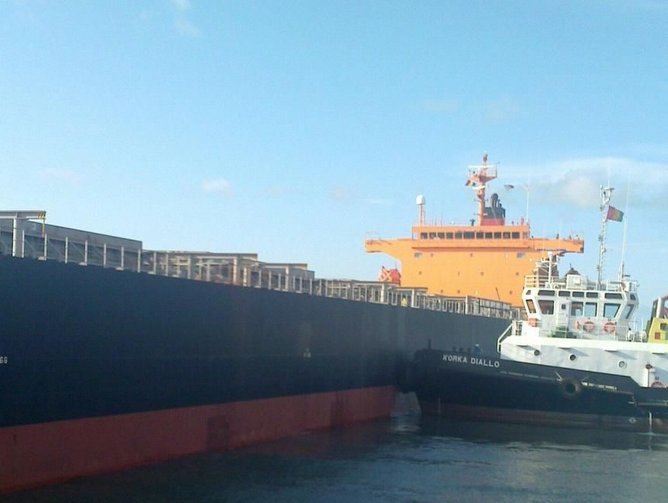 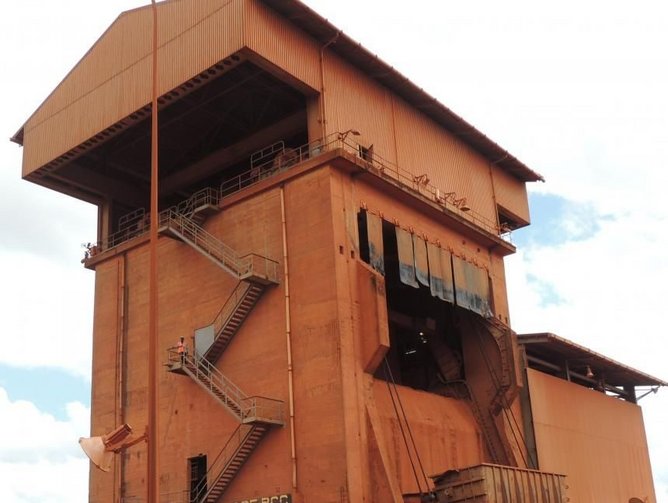 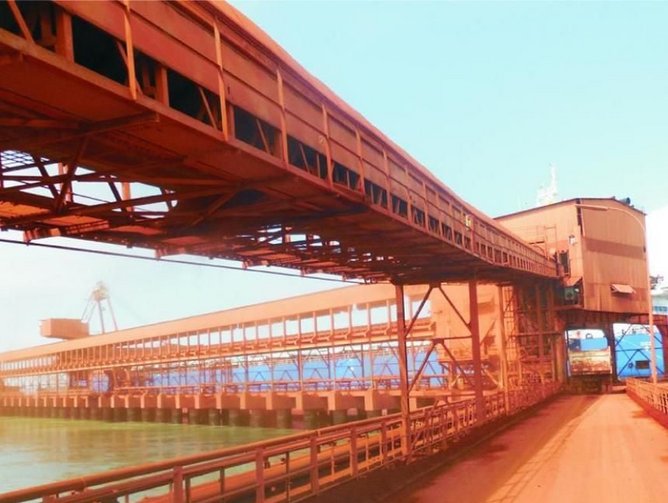 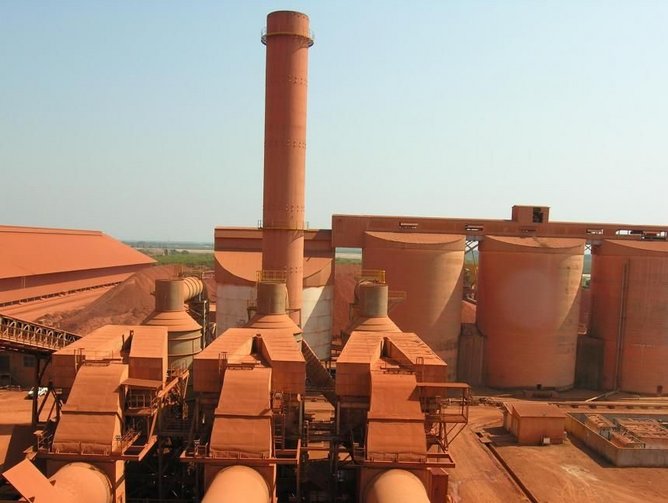 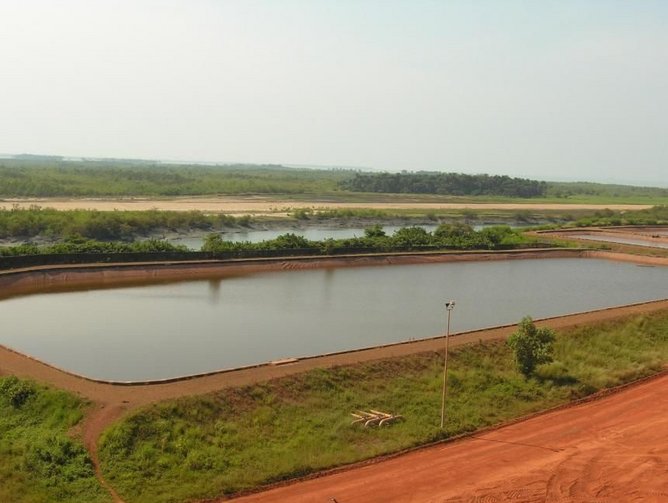