HP PPS Logistics is transforming the high tech supply chain by specialising in direct shipping to customers via regional gateways and by utilising all forms of transport and intermodal exchanges.

Encapsulating this move and showcasing many of the advancements being made is the newly established hub at Piraeus on the west coast of Greece, where HP is the first high tech company to harbour its enormous potential as a logistical base.

Also helping to streamline ever-complex processes across the region as a whole is technology, with the logistics team and their distribution partners benefiting from HP’s expertise in real time and cloud solutions along with transport management systems.

Not only are these moves economically sound and driving down all-important turnaround times, they are also helping to develop a sustainable logistics operation, a key mantra behind the work of the HP PPS Logistics unit.

Ultimately, by continuing to offer operational excellence and further expand its network, its ambition is to provide a competitive distribution advantage to the wider company, adding further enticement to use HP beyond its product excellence.

Key to fulfilling this duty in the most effective way possible is a move to direct shipping and cutting turnaround times, which also frees up cash flow as fewer unsold products remain in storage.

“We are building more direct, smaller shipping lanes, for example from Asia to Dubai, Russia and into Western Europe,” de Winter said. “In most areas we have a dual delivery of air and ocean freight so we can be flexible with customers.

“We can build to order so we no longer have to second guess what the customer needs.”

The need for direct as opposed to traditional routing came around the turn of the century. HP’s Regional Director for EMEA Logistics Ronald Kleijwegt explained: “Since around 2000 a lot of manufacturing has moved from the US and Western Europe to Asia and parts of Europe further east.”

“We needed to move to direct routing and use alternative gateways reducing volumes moving via Rotterdam and Hamburg, which remain important nonetheless.”

The company is a forerunner in this respect, being the first tech business to exploit the Greek port’s huge potential, with massive expansion in activity planned for this base.

“We started using Piraeus at the end of last year and are looking to ramp up the volume going through there in the next few months, from 20 containers per month to 300,” de Winter said.

“It is a more attractive solution in terms of turnaround time, especially when serving the Mediterranean countries where it is far easier to sail here than into the more traditional western European ports.”

The port has seen enormous investments from China in recent times, part of a process which has witnessed a logistical Eurasia region gather momentum as Asia moves west and Europe further east.

Kleijwegt added: “Economically, people have talked about Greece negatively but our experience has been very positive when working with the government and Chinese firm COSCO.”

“These days Piraeus is one of the most sophisticated ports in the world and we use it for the Balkans, Central and Western Europe and significant parts of Africa.”

“With Russia, the traditional route was always via Rotterdam or Hamburg into St. Petersburg but now because of Piraeus we have a coastal service into the Black Sea and straight to Moscow, cutting turnaround time by seven to eight days.”

Another major development at Piraeus which HP played a prominent part in is the establishment of a rail link all the way to the Czech Republic, home to a major HP desktop assembly facility.

“The rail track has been extended to the northern infrastructure in Greece and we are expecting the first containers imminently, taking us beyond the 300 a month we projected,” Kleijwegt said.

Rail is becoming an increasingly important mode of transport for HP PPS Logistics EMEA, reflected by the success of the China-Germany line since late 2011.

Kleijwegt added: “We began with 10-11 pilot trains and since then we have run about 80 from China into Duisburg, each carrying about 40-50 containers.

“HP has taken the lead here and other multinationals are following us. We are always looking for opportunities and will be looking to get trains into other European destinations.”

Continuing the shift to sustainable and intermodal methods, the company has also moved a lot of operations from air to ocean freight in the past five to seven years and is looking to work with the most innovative logistics partners.

“Our preference is to work with creative providers who think in the same spirit as we do,” Kleijwegt said. “We are dealing pretty much with the top 10 logistics companies in the world simply because of our magnitude and these big providers are also some of the most innovative.”

The shift to alternative and intermodal transportation demonstrates a commitment to sustainable practice seen right through the PPS Logistics operation. Technology is another area in which processes can be streamlined and made greener.

“We are just introducing a new Transport Management System across Europe which will improve fill rates in trucks,” de Winter said. “We can increase fill rates by about 30 percent which means fewer trucks on the roads.”

Kleijwegt also pointed towards the use of biofuels on carriers and solar panels on some of HP’s distribution centres as other sustainable initiatives, as well as incorporating the company’s expertise in IT and cloud solutions.

“We are motivating our suppliers to go into this environment and become more efficient,” he added. “We want to have real time visibility all the time and are looking for paperless solutions in the logistics chain.”

In becoming more efficient, direct and sustainable, the supply chain is presented with challenges which demand an inventive workforce on top of the advanced technology and methods of transport.

HP set up its Supply Chain Academy one and a half years ago, bringing benefits to the 60 workers involved in PPS EMEA Logistics operations.

“Our people are given a business challenge that we need to solve in say six months, something which we are yet to solve ourselves,” de Winter said. “This helps them to further deploy their talent and expose them to senior management in the company and deal with very complex operational issues.”

With the right people on board, HP’s PPS Logistics team looks set to serve its customers in innovative and efficient ways while adopting increasingly sustainable practices.

Kleijwegt also hinted at the exciting times which lie ahead in the region, particularly in sub-Saharan Africa where the company is looking to build on its existing presence and emulate the infrastructural success it has seen in Piraeus.

“It is only a matter of time before we see development there,” he concluded. 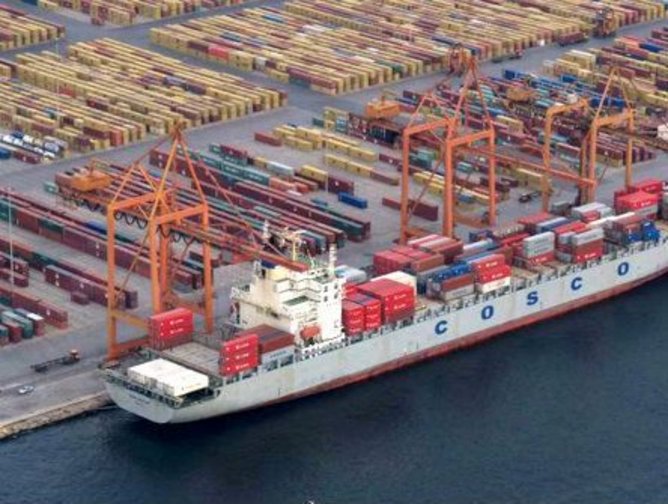 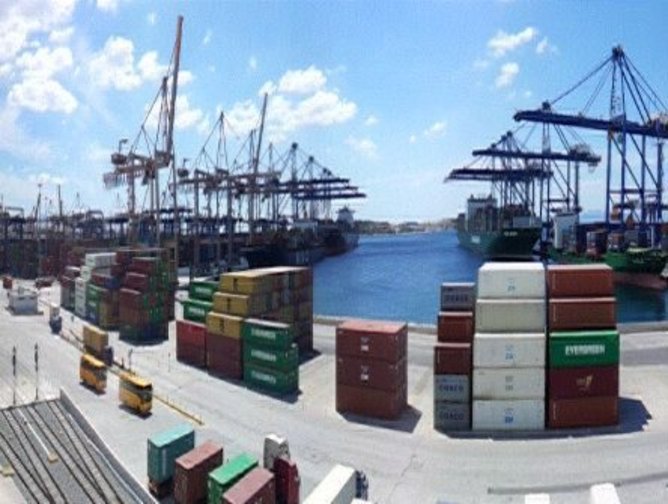 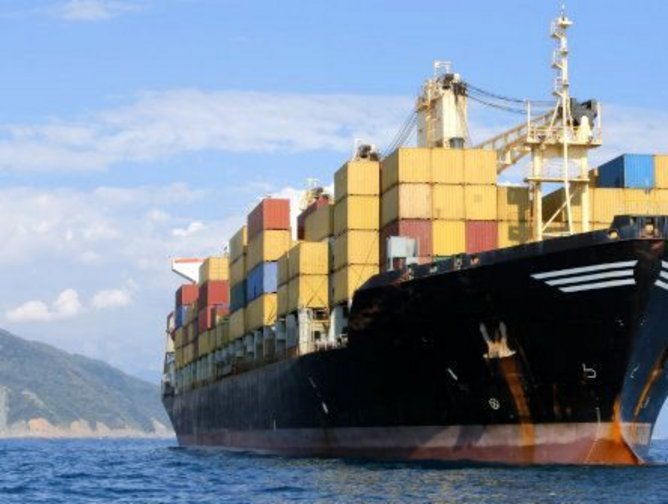 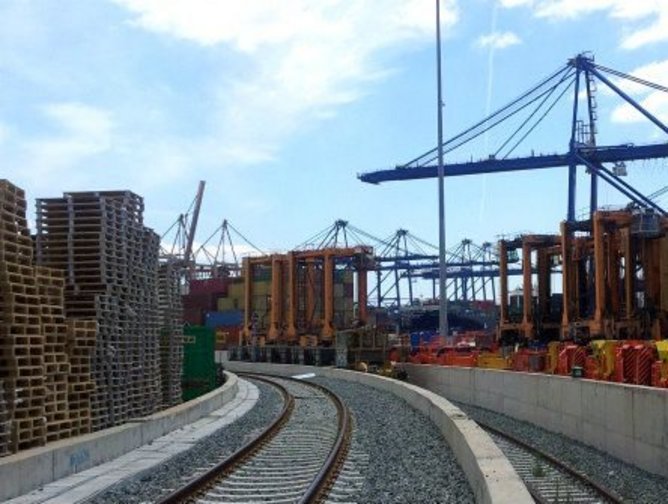 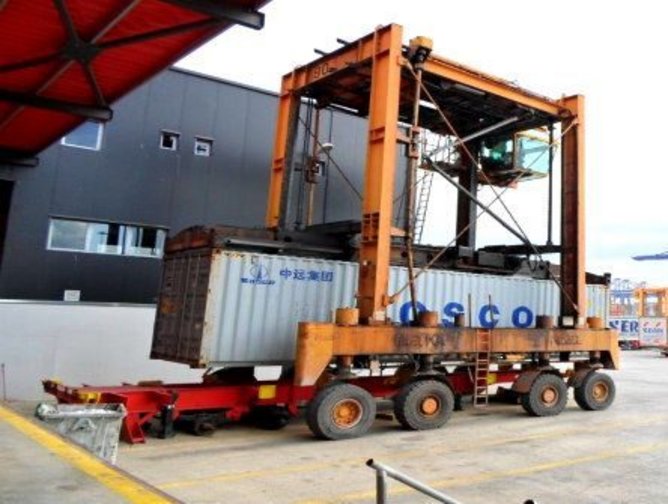 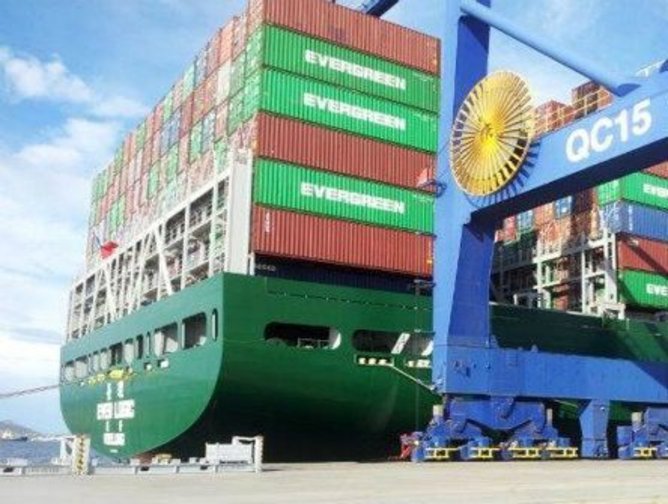 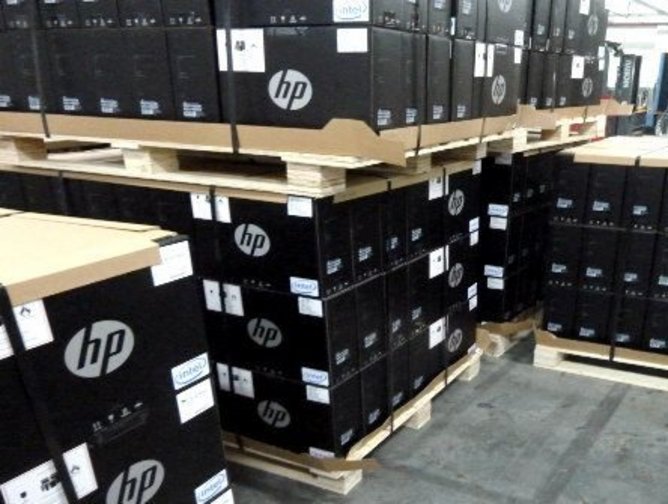 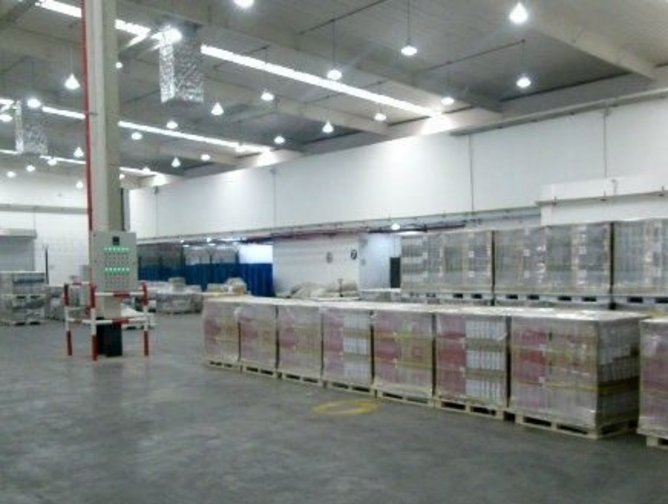