Nestled in the verdant hills of south eastern Macedonia are the villages of Ilovica and Shtuka which together sit on one of the nation’s largest copper-gold porphyry deposits. Spotting the opportunity to develop this lucrative resource back in 2012 after selling European Gold Fields to Eldorado Gold Corp, Canadian-owned Euromax Resources stepped up to the challenge and the current management team moved in. Four years down the line, and with all but one of the necessary permits and assessments completed, construction of a bulk tonnage open pit mine is almost ready for the go-ahead. Business Review Europe speaks to Patrick Forward, Chief Operating Officer at Euromax Resources, and examines how the project has been engineered to be a profitable success, and how the company has placed sustainability at its core.

“We recognised it was actually a business necessity to get the project finance we want, but it is actually, I think we have proved it, relatively easy to do that.”

The long term goal of Euromax is to grow to become Europe’s leading gold and base metal mining company, with the Ilovica-Shtuka mine as its flagship project that will employ 500 locals. In line with this ambitious goal, the company and its experienced teams are looking to lead the European mining industry for social and environmental responsibility, and for health and safety.

The mine, which has proven sulphide ore reserves of 198.1 million tonnes, is optimally situated, as Forward explains: “We like the area and we like the deposit particularly because we like the copper porphyries. It has got good infrastructure, a well-educated workforce, good logistics, proximity to a smelter and we knew how important all of that was from developing the Skouries deposit further to the south when we were at European Goldfields.

“The deposit has great continuous mineralisation and it is very amenable to open pit development. It was a perfect combination of being on entirely state owned forestry ground, a little bit up in the hills and only 17 kilometres from a reasonable sized town. We weren't looking at displacing anyone - there is a good workforce available and good infrastructure locally. That's what attracted us in.”

With construction at the mine billed for completion in the next two years, Euromax is working with key industry partners to ensure that it is not only delivered on time and on budget, but also to the satisfaction of the local community and to international environmental standards.

The fact that it already had an approved EIA indicated that there was much approval for the project, both locally and in the country as a whole. “Although we had been working in the area, we didn't know Macedonia itself; what we found was a country that really wanted to develop its natural resources,” Forward says.

“When we sat down with ministers and the Prime Minister, we immediately realised that there was a desire to attract foreign investment and develop their resources; a project of this size can add percentage points of the GDP of a country that size.”

For Euromax, measuring the successful construction of the project hinges on delivering an operation that has as little an impact on the environment as possible and, moreover, makes a positive contribution to society at large. To achieve this end, the miner has examined every link in the chain – from studying the social and archaeological impact of the project, all the way through to engaging with specialist partners to deliver on key outcomes.

Forward explains: “We have through the local technical university got experts on air and water, dust, noise, and socio-economic professors as well. For water services, we worked with WSP Parsons Brinckerhoff; we particularly chose to have them as dedicated water experts who would be able to talk to all the engineering needs of the project and the environmental impacts.

“They manage water on-site but also talk to the environmental and social impacts of the project and make sure that all of the other stakeholders are taken care of with respect to water. WSP has been absolutely brilliant in training up our own people.”

An important partner was Geops - a drilling contractor used for the project’s drilling, resource, geotechnical and hydrological work. “Geops has been responsive, offered very competitive rates and world class quality,” says Forward. “They have also managed to train up local people as part of their drill operating teams and help us manage community issues relating to drilling.”

SGS was another key partner, Forward explains; its expertise was vital to delivering metallurgical test work over the four years of development. “This has included helping us optimise the process route, establish recoveries and reagent levels, characterise tailings and characterise waste rock,” he says. “The characterisation of tailings and waste rock is a vital part of making sure that our mining waste facilities, including the tailings management facility conform to the highest international standards.

“The fact that all of our mine waste is used in the construction of the embankment for the tailings management facility means that we have a reduced footprint,” Forward explains. “The embankment is entirely rock filled and uses the ‘downstream’ construction method which is the most conservative approach available.”

In the four years spent developing the Ilovica-Shtuka mine, Euromax has demonstrated that sustainability isn’t simply a matter of compliance, more an active, positive contribution to the locality. By developing the project in line with the highest international standards, and through working with local and national stakeholders, Euromax has ensured that the project’s positive legacy is secured for the long term. 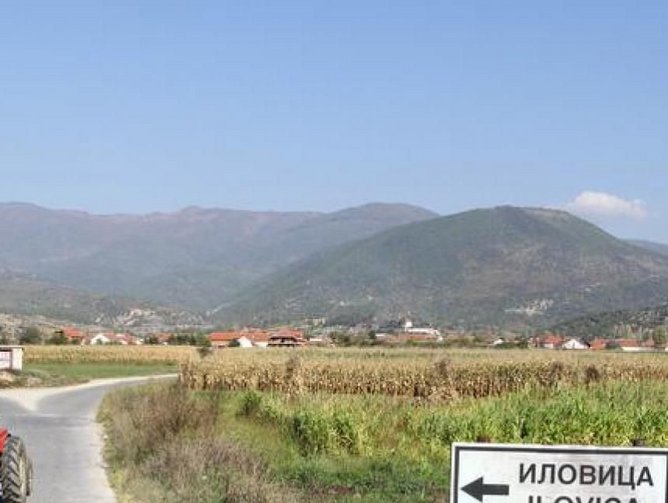