Fairline's riding the crest of a wave after navigating the storm

Luxury yacht manufacturer and the last substantial boat company left in British hands, Fairline Boats, has completely transformed its entire operation in a drive to become leaner, fitter, more agile and resume its rightful place as leader in an industry hurt by the recession.

Based in Oundle, near Peterborough, UK, the company is getting set to celebrate its 50th anniversary with a showcase of its latest developments in boat craft at the London Boat Show in January.

This will mark the culmination of a two-year period which has seen the maker of £2 million yachts – which counts heads of state and Formula 1 racing car drivers among its clients – revamp almost every facet of its organisation after suffering a heavy hit in the recession.

Major internal and external investment, the introduction of new manufacturing techniques and a focus on its dealer network and brand promotion have all been part of a drive to become more efficient and capitalise on what made the Fairline name renowned across the world in the first place.

Charged with ensuring these changes bear fruit is former Managing Director of both Porsche and BMW in the UK, Kevin Gaskell, one of a group of new shareholders lead by investors Better Capital, which came in after the company began losing money around five-six years ago.

Gaskell said: “The company had some really tricky years, making substantial losses, but we have turned that around and are back into a growth phase. An investment has been made in the strong belief that we are going to rebuild ourselves to be a stronger, fitter, leaner business.

“It is a great product and a great brand. What had happened was the cost base was too high and the new product wasn’t coming through as quickly as it needed to. You need to have new products to go to market; you need to have an efficient, manageable cost base and a quality and productivity up there with the best.”

Fairline has just launched the Squadron 48, a boat that boasts a revolutionary weight saving technique and a new structural headlining, with the frame now designed as a monocoque. In the past, the strength was in the hull and the top was fixed after the hull’s construction, now the top is integral to the overall structural integrity of the vehicle so that it is a very strong, agile boat.

Whereas previously the hull fabrication process was labour intensive, after 49 years it has been brought into the 21st century with a move towards resin infusion.

The 48 has been well received by boating magazines and reviewers and has already garnered a lot of interest from customers. But more than that, for Fairline it represents a vindication of the changes to the manufacturing techniques, production line and the investment that has gone into them and the revolutionary technology.

Around £3.5 million was invested in the new boat and a similar amount on the production line. The major change involved a move towards a ‘mixed-model line’. Traditionally each size of boat was made on individual lines unique to that particular product. Now, Fairline has the capability to build different size boats one behind the other.

This gives the company greater flexibility, allowing it to respond much more rapidly to the changing trends in the marketplace, with some smaller boats being turned around in eight-10 days.

Joseph Anwyll, Interim Director at Fairline, said: “The business has moved very rapidly from a traditional cottage-type industry to a much more modern technologically advanced business.

“The market place and the economy have changed for everybody and this has brought a new focus within Fairline, where we have to be better at what we do. We have to be slicker, faster and stay ahead of the curve, certainly for launching a new product.

“We have just proven with our new 48 that we are ahead of our competitors in every respect. Fairline has grasped the challenges and is making sure we stay ahead of product development and technological advances within the industry.”

This, along with the general drive to become more lean, has lead to significant changes in the way the company deals with its suppliers.

Due to the nature of the product, Fairline has a very diverse supply chain; low-volume but high complexity and its largest single expenditure is managed through the supply base.

In the past five years the company has globalised its supply base, moving fabricated stainless steel products to Eastern Europe and China for casting. Year-on-year it has achieved a two percent cost reduction in terms of inbound materials supply.

But also, as Operation’s Director Julian Dudley-Smith explains, the multi-million pound changes to the factory have also lead to a stricter approach to its handling of existing suppliers.

“One thing Fairline does well is it is quite open and communicative with its suppliers and I have made sure to communicate with them about changes in the business to ensure they are attuned with them,” said Dudley-Smith.

“We have reduced the forward visibility of demand because we have created flexible production systems. That means the suppliers need to have lean processes within themselves so they are able to provide batch quantities and can turn around orders in either 10 or 20 days.

“We monitor their performance through monthly vendor rating. The vendor rating is based 40 percent on punctuality and full delivery, 40 percent on in-bound quality, 10 percent on administrative performance like invoice processing or returning queries and 10 percent is a subjective measure that the buyers give them. Any supplier scoring less than 85 percent is put in ‘non-preferred’ supplier status. We would then look at what the problem is and either help them solve it or find another supply chain that is able to perform to that level.”

Going forward, the company is looking to expand its customer base in America, South America and East Asia, where it is experiencing a rapid growth in demand from customers.

This has lead Gaskell to search for dealers who can “demonstrate the boats effectively and display the value that we consider the brand experience should be.”

He added: “This is an experience, nobody has to buy a £2 million boat, it is a lifestyle and experience people are buying and I need to make sure I can confidently look at my dealers and that they can actually support that experience.

“Our heritage is incredibly strong, the engineering in the boats is incredibly strong, we build a super product and I think one of the weaknesses of our business is that we’ve not been as strong in promoting the brand as we could have been. Many people will quote Sunseeker at me as the brand they know; they should be quoting Fairline, because Fairline is the British brand, so my job is to make sure that our visibility is improved.”

Gaskell said he would like to see substantial revenue growth in the long-term and believes Fairline can easily become a more than £100 million turnover business, generating substantial profits.

“The feeling around the place is that we have ridden out the storm, we are in a good place with our new boat being incredibly well received. We have got two more new boats in the pipeline and we will have something really exciting to show at the London boat show,” he said.

“The feeling is optimistic and positive. It is still very hard work, but people are smiling again. My job is to get people smiling and having fun, if you can’t have fun selling products like this then there is something wrong.” 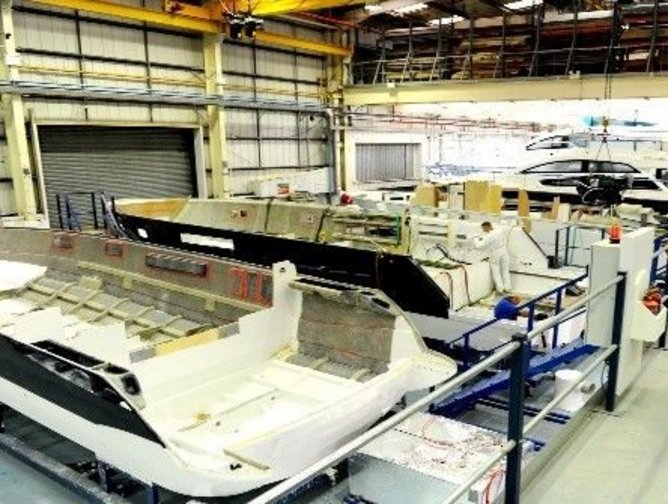 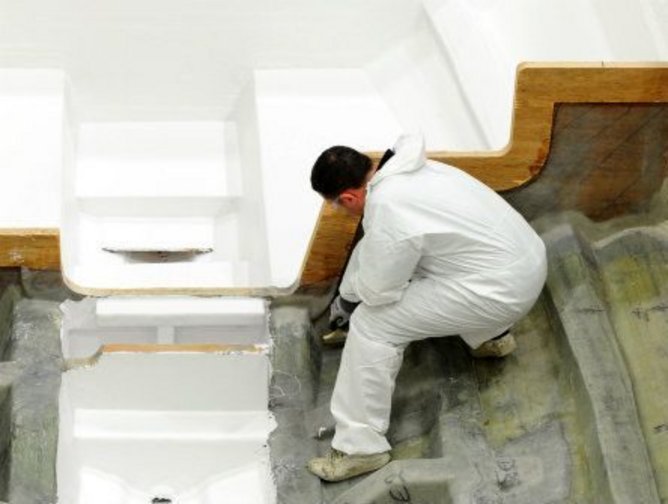 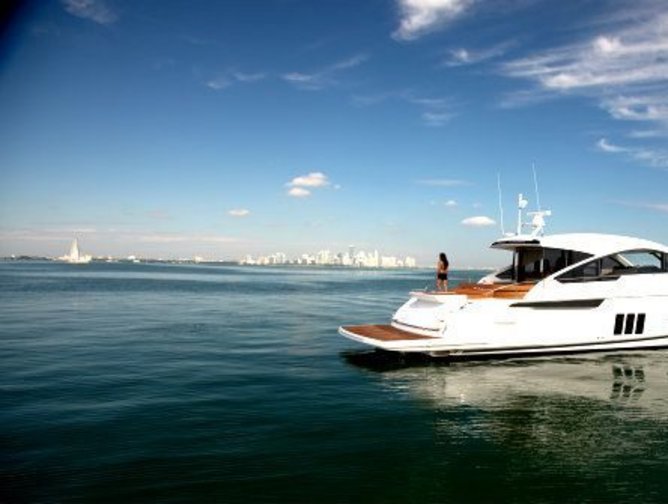 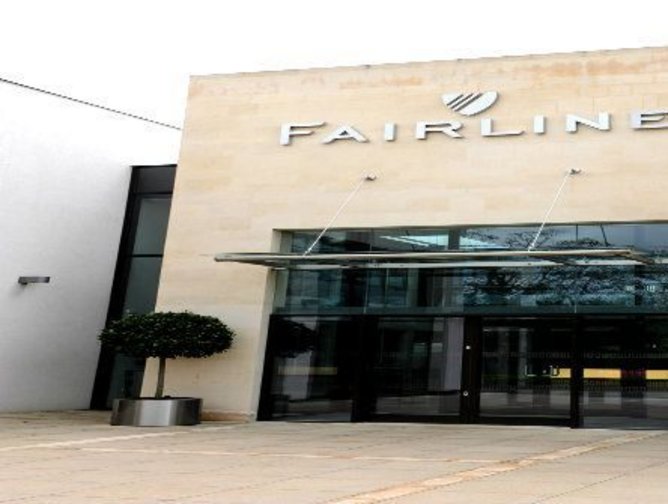 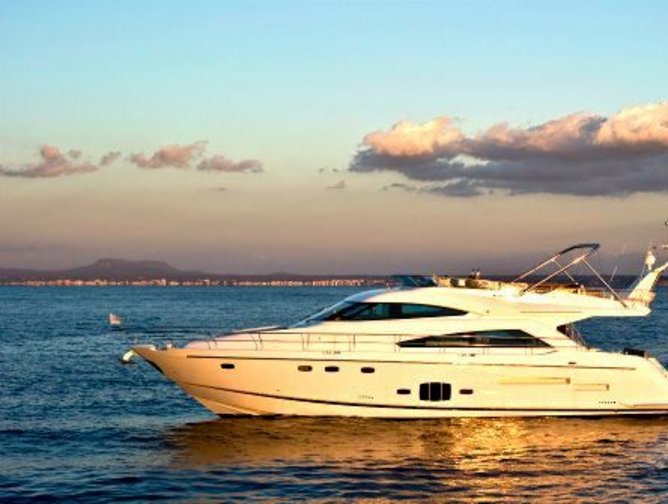 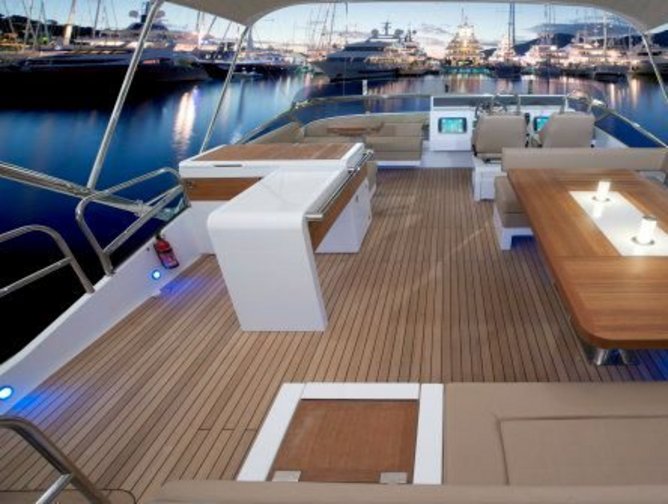 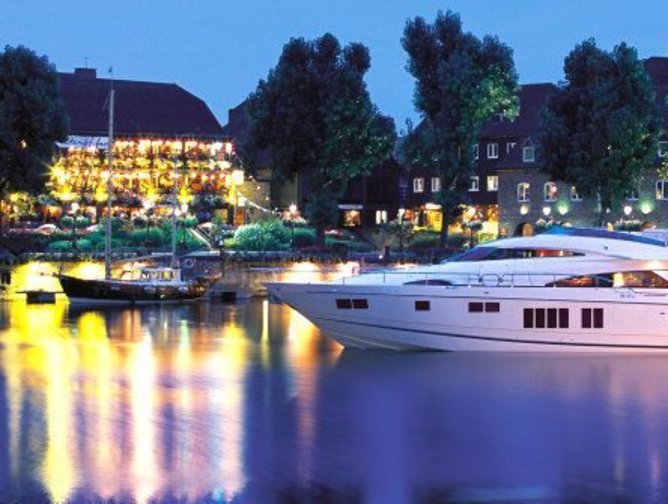 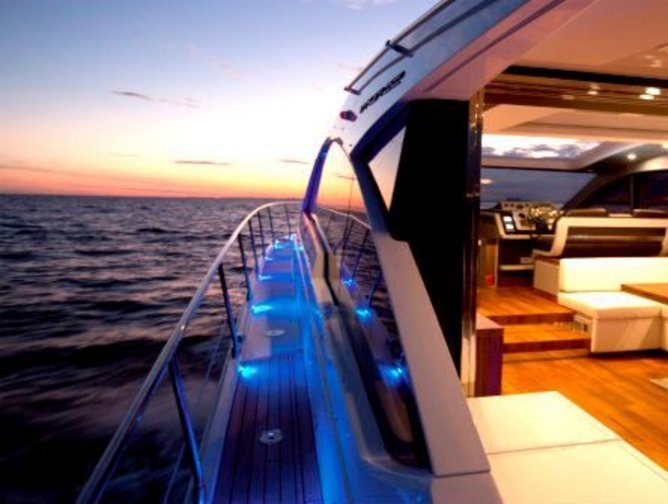