The job of an IT Director is hard enough at the best of times, especially when the organisation is working across a number of locations. But most will at least be able to rely on their points of interest being fixed. Not so at Fred. Olsen, where IT staff have to contend with offices that travel back and forth across the oceans.

The organisation has interests in a number of sectors including renewable energy, marine power, and wind technology. But it is with the company’s cruise business – offering travellers holidays at sea, from the snowy wilderness of the Arctic Circle to the white sand beaches of the Caribbean – where Damon Impett, Group Head of IT in the UK, and his team take on some of the toughest challenges.

One such example is the demands of cruise guests, who expect the same ultra-fast wifi speeds they enjoy at home to be replicated out at sea – and for free. That demand has seen Fred. Olsen invest in faster speeds on its ships with a view to implementing further improvements in the near future.

“Three years ago we were operating on about 800Kbps, covering the guest wifi and corporate productivity,” says Impett. “We recently upgraded to 3Mbps, which included a significant upgrade to our ships. We had to carry out a retrofit to all of our ships to enable fully-pervasive wifi throughout, involving around 56 miles of cabling and hundreds of access points (APs).

“While that upgrade was substantial, we have just signed a contract with Speedcast to update that offering to 10Mbps per ship as we know we can offer more - although, as all operators will know, it doesn’t matter how much you increase your speeds by, as customers will always take your offering to the limit. What we’ve got to try to be is a little bit smarter about how we manage the networks.

“That 10Mbps is actually expandable to 20Mbps, in cases where there is additional capacity available on the satellites we are using.”

The capability of bouncing from one satellite technology to another taking advantage of extra capacity is an example of providers becoming more proactive, says Impett, adding that a number of new satellites are due for launch this year, with more to come in the following few years.

“I expect the overall cost for bandwidth to come down over the next two or three years,” he comments. “I think we’re seeing a trend towards providers using their bandwidth more sensibly and effectively than in the past. There is also new technology that will help us utilise C-band, Ku-band and cellular frequencies automatically, which all offer their own advantages. All of this will help us with the capacity that we need.”

The organisation has also invested in the latest generation of behaviour-based software technology in a bid to keep the ever present danger of cyber-attack at bay. The Bitdefender product was chosen from a number of next-generation solutions after a “rigorous evaluation of all of the next-generation products that are available,” Impett comments.

“It’s very easy to alter a piece of virus software to then be slightly different to get through defences, which is why this next generational machine learning is key. It looks at a machine and recognises when something is not right or something unexpected happens. Traditional anti-virus technology is based on known viruses that can then be blocked, whereas on ‘Day Zero’, it has never been seen. The idea is that unexpected behaviours can be recognised and blocked until the purpose of that change is known.

“There is an inevitability when it comes to attacks; it will happen at some point. What is more important is how you can react and stop the spread across a network or networks. It’s about knowing that you can halt the problem at an end point and ensure it doesn’t spread any further. If you take the recent spate of cyber-attacks, the problem – apart from the outdated software – was that they struggled to limit the attack, so it spread quickly across the network. It’s also about knowing what has been lost, and how information can be recovered.”

The investment adds to the outlay spent on Nexthink earlier this year, which allows Impett and his wider team to monitor all end-user machines across the group, helping to flag up issues in real time. It is, he says, all part of the ongoing effort to keep the organisation’s network and devices as secure as they can possibly be.

Impett also oversees a hybrid system where some of Fred. Olsen’s systems, programmes and processes are held in the cloud, while others are on premise, although he believes it is inevitable that more and more organisations will have to migrate to the cloud, as the likes of Microsoft price their services at a point where customers have to jump.

While advancements in technology have brought some challenges, Impett says that developments such as the Internet of Things will be embraced by the business in the years to come.

“We are looking at smart cabin capabilities, from being able to switch off lights to controlling the air conditioning. One of the biggest challenges with a cruise ship is the fuel we burn, so being able to be more intelligent with utilities, such as air conditioning is a really important issue. If we can look to use software, to connect customers with their rooms and control air conditioning, lighting and other services, that’s going to really help us reduce our footprint. Any ships we go on to invest in will likely have those capabilities.” 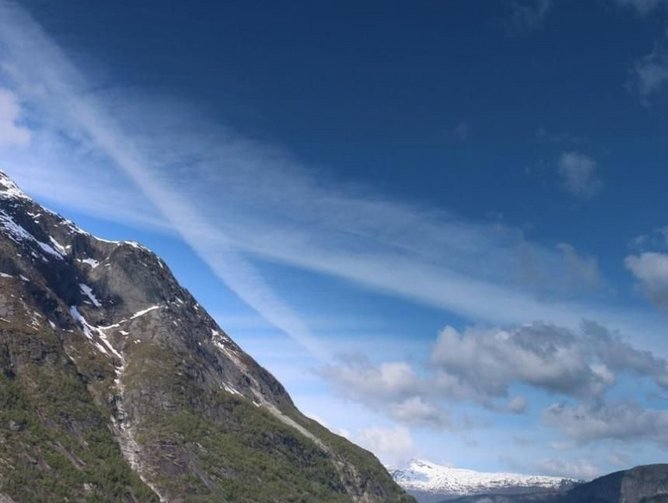 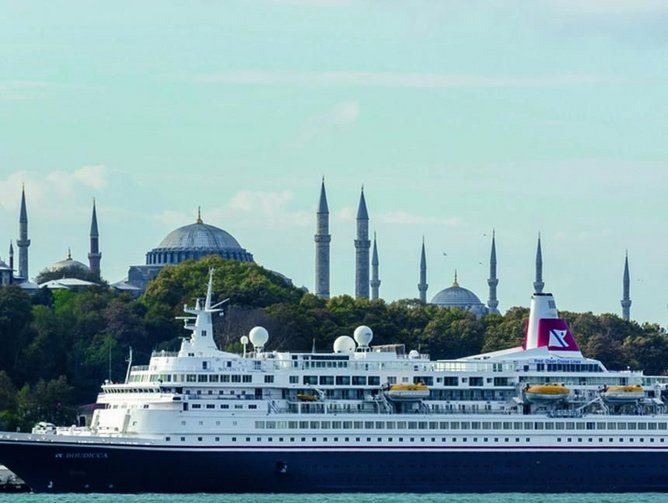 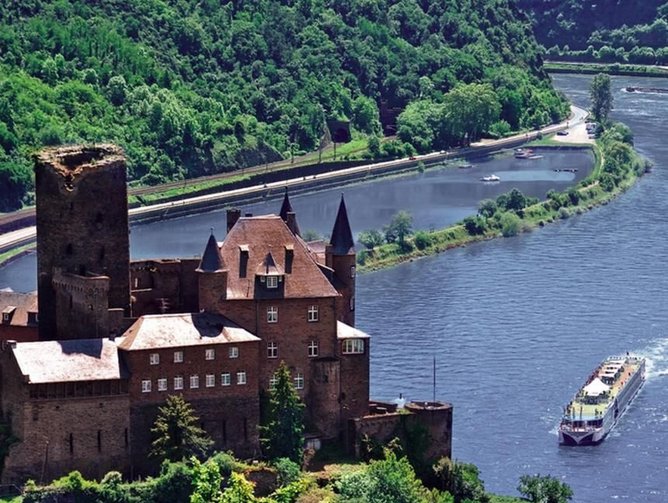 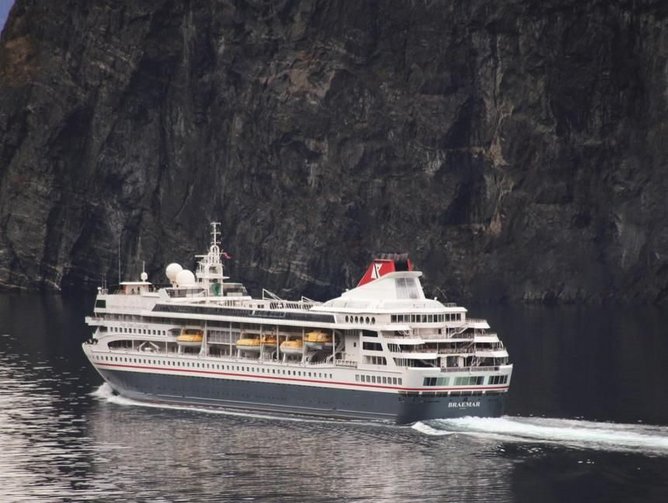 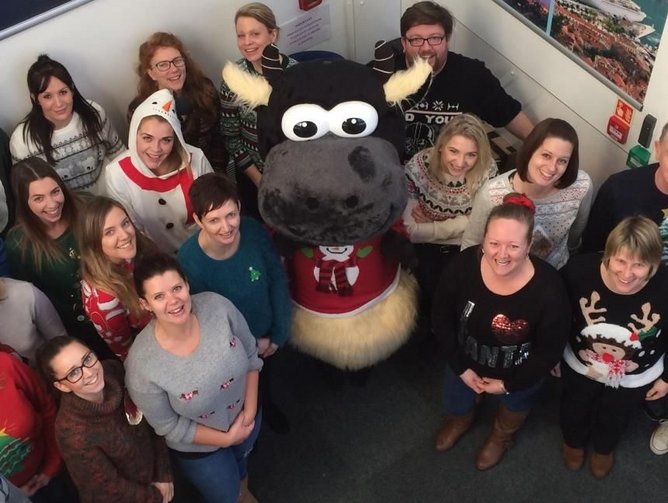 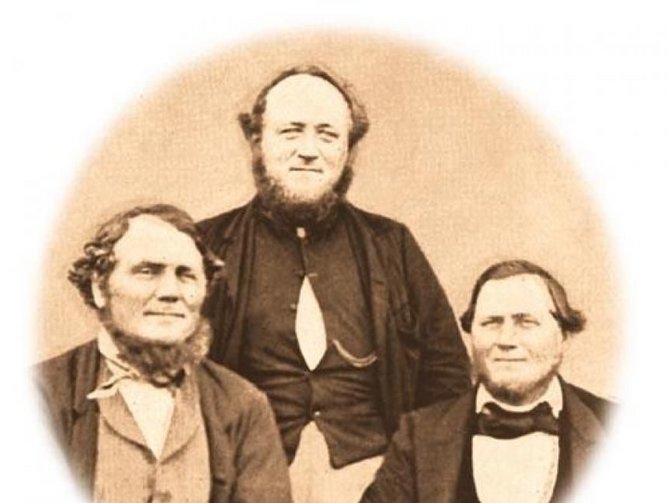