Taking off from runways across all six continents, the burgundy logo of Qatar Airways has become synonymous with luxury, excellence and customer service.

The Doha-based firm has tirelessly earned its stripes as a five-star airline, gaining accolades for its service time and time again, but perhaps the most distinguishing feature of the Qatari airline is the pride its staff reserve for the company.

“Before being a buyer, we are an ambassador of our brand,” says Mr. Liazid Benkoussa, Senior Vice President of Procurement and Logistics – and perhaps it is this belief which is helping the company raise the bar in procurement.

Today, procurement is a pressurised discipline to be in, with departments under ever-increasing pressure to reduce costs and sustain genuine supplier relationships. However, the pressure is perhaps tenfold for the team at Qatar Airways.

It’s been nine months since four of its Gulf neighbours – Saudi Arabia, UAE, Bahrain and Egypt – imposed a blockade on Qatar, posing a challenge quite like no other for businesses across the country.

Despite this, Qatar Airways has deftly tackled the upheaval and, in doing so, it has demonstrated the talent, expertise, and resolve of its staff.

“The blockade has definitely had an impact on us,” notes Benkoussa candidly. “It currently prevents people from having the luxury and the freedom to choose the airline they want to travel with. We would like to enable any kind of client to experience Qatar Airways no matter where they are living.

“The blockade not only affects our clientele, it also has a huge impact on procurement activity because we had some key suppliers based in those countries,” he continues. “Fortunately, we’ve been able to work with our suppliers to mitigate this.

“We were proactive. We asked our suppliers to change their company registration or asked their sister companies, based elsewhere, to procure the product and this was done very efficiently.”

The airline also closely monitored its inventory to ensure that all the equipment needed for its economy class, business class and first-class operations was available and it is this proactive approach which has shielded the company from major disruptions.

“It was very challenging but it’s with great pride that I can tell you that none of our flights departed without the original Qatar Airways products that we requested,” Benkoussa adds.

In the dynamic city of Doha, the blockade may have seen an insurmountable challenge to overcome, but it is possible, and Qatar Airways made it happen.

In fact, the firm actually used this event as a catalyst to accelerate its existing five-year plan. Where it may have taken other airlines a few weeks or months to recognise the urgent need to adapt, Qatar Airways wasted no time in launching new and far-reaching routes to Turkey, Russia, Oman, Thailand and the Czech Republic, amongst others.

After overcoming such mammoth hurdles, it’s clear that the importance of the company’s procurement function cannot be underestimated.

“It's really linked to the vision of our Group Chief Executive, His Excellency Mr. Akbar Al Baker,” Benkoussa explains. “He has the drive to innovate and evolve our products, but he is also a businessman.

“Therefore, he asked himself, ‘how can I upgrade my product, whilst also maintaining cost-efficiency for both the airline and its board members?’

“There's only one department that can do that, and that’s group procurement. That’s why it’s so important.”

As the national carrier of the State of Qatar, the firm has undergone rapid expansion in recent years, proudly standing as one of the world’s fastest-growing airlines.

“I work for an airline that is one of the rarest in the world as it has consistently grown in the market,” says Benkoussa proudly, and it’s clear to see why.

The national airline has consistently strengthened its fleet with new acquisitions and it was the launch customer for the coveted Airbus A350-900 and most recently A350-1000. Qatar Airways was the first airline to operate the Boeing 787 in the Middle East, is a launch customer for the 777X, and has twenty 737 MAX airplanes on order. In 2016 the airline placed a record $11.7 billion order with Boeing for 30 B787-9 Dreamliners and 10 777-300ERs.

This is not only indicative of the company’s growth, but also of its reputation and standing within the aviation community.

As you would expect, this accelerated growth has also had a knock-on effect on the company’s procurement strategy.

Today, the Qatari airline has consolidated all its entities and subsidiaries into one procurement group which allowed it to order mass volumes of product and secure competitive prices for the organisation.

What’s more, it is also leveraging modern technologies to prepare its procurement function for the digital age.

“We are in the process of migrating to SAP Ariba,” Benkoussa says. “This procurement system will give end-users within Qatar Airways access to their contracts, their data, and the volume of product they need to target on a monthly or yearly basis. It’s a fully-automated and innovative procurement tool which will definitely enhance our process.

“It’s also important to bear in mind that we are the only airline that will introduce such consolidated IT tools in the aviation industry,” he adds. “How do I know that? Because SAP Ariba is conducting this exercise for the first time with Qatar Airways.”

However, aside from this, the key to the company’s procurement transformation perhaps lies in the way it creates sincere and genuine relationships with its suppliers.

Ensuring consistent communication and setting ambitious KPIs for its vendors, sustaining supplier connections is definitely high on the agenda for the Qatari airline. When customer experience is at the cornerstone of its operations, it's clear that Qatar Airways can’t accept anything less than the best for its customers.

“We are meeting the clientele’s demand and supporting group procurement by interacting with our suppliers in a much deeper and professional way,” says Benkoussa. “But it’s important that, when we’re developing these relationships, we clearly present and reflect what a dynamic and innovative company Qatar Airways is.

“It’s not possible to secure our cost-efficiency if you are unable to show the supplier the exact type of airline we represent,” he adds. “We need to be the sellers of Qatar Airways before being the buyer.”

Benkoussa also highlights how the national airline takes a fair but thorough approach to ensure that suppliers share the company’s ethical practices. As such, Qatar Airways takes a zero-tolerance approach to vendors who are associated with major issues such as child labour, environmental concerns, bribery and discrimination.

“We wholly reject these kinds of unethical practices,” says Benkoussa. “We are very fair when we tender a supplier and don’t discriminate based on its location. We make sure we give suppliers the chance to introduce the best offer and best practices that they can for Qatar Airways.”

Qatar Airways’ suppliers also recognise its underlying desire to innovate. By meeting its demands and developing new and exciting products, it is these relationships which are helping to propel the company forward, distinguishing it as a customer-focused, customer driven-airline.

None of the company’s products exemplifies this more so than its highly-anticipated Business Class Q-Suite.

Debuting a year ago at the ITB travel trade show in Berlin, the pod-like suites promise more privacy, choice and personalisation to travellers. Benkoussa says that it’s products like the company’s Q-Suite which are helping to up the ante in the travel sector.

“Although it’s in business-class, it is very much a first-class product,” he notes. “Qatar Airways is always enhancing and innovating the latest trends in the aviation industry and that is thanks to the relationship we have with the suppliers as well as the entire team at Qatar Airways.”

Benkoussa says that this is clearly illustrated by the company’s new and improved economy class menu, which is going the extra mile for its customers.

“We introduced cost-saving measures but we also upgraded the product itself,” explains Benkoussa. “The quantity will be upgraded and there will be 30% more food than any other airline in the world.

“It will have more expensive items such as salmon and asparagus which is quite rare for economy class,” he continues. “We decided to dedicate a little bit more effort on our economy clients who decide to fly often with us and value our product. We respect them and so we decided to enhance the product for them.”

When upholding positive procurement practices or maintaining supplier relationships, all roads lead back to the customer, says Benkoussa. By putting customer service at the forefront of its vision, Qatar Airways has reinvented its procurement strategy and carved out a path as one of the leading airlines in the sector.

Gaining countless awards for its cabin service and more, it is clear that the airline’s sincere, hands-on approach to its customers is what gives it a competitive edge.

“You can see that the relationship between Qatar Airways and its own clientele is quite focused and attentive,” Benkoussa explains. “That's the reason why we like to be innovative in order to gain our customers’ attention and make sure that Qatar Airways always exceeds their expectations.”

Guaranteeing that it is meeting these high standards, Qatar Airways takes on internal and external audits to ensure there is no degradation of service and also consistently collects feedback from its customers.

By evolving and adapting, the Qatari airline has side-stepped the series of hurdles in its path and cemented itself as a major player in the fiercely competitive airline sector.

The latest chapter in Qatar Airways history is one which has been defined by the national blockade, but looking ahead to 2018, Benkoussa is optimistic about the company’s prosperous, dynamic future.

“It would be very difficult for me to even consider working for another airline after working for Qatar Airways,” says Benkoussa. “The demands and the expectations at the company are so high that I think it would be unsatisfying to work for another entity.

“Qatar Airways will always have a prosperous future because this company truly understands the needs of the client,” he adds. “We evolve because we want to attract a wide demographic of customers – whether it’s economy, business or first-class travellers. No matter their profile, they are most welcome on the Qatar Airways to experience our five-star product. We’re successful because the clients evolve, the clients demand more and Qatar Airways always listens.”

Against the backdrop of the blockade, the state of Qatar has proved that business is open as ever. The national airline has handled the situation with grit, innovation and dignity, and although the challenges are far from over, it seems that Qatar Airways is in it for the long haul. 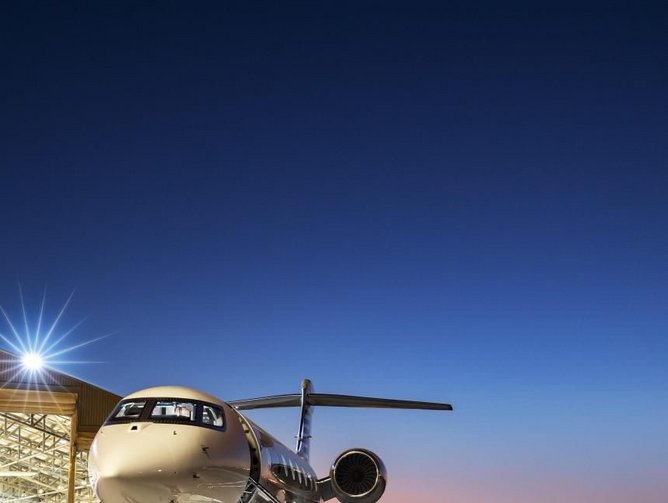 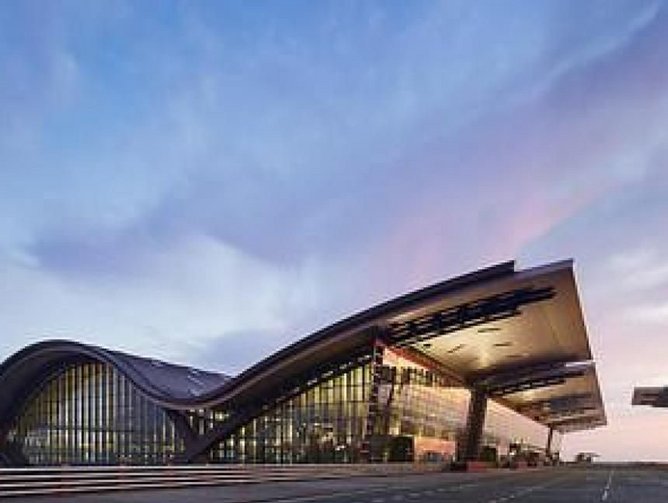 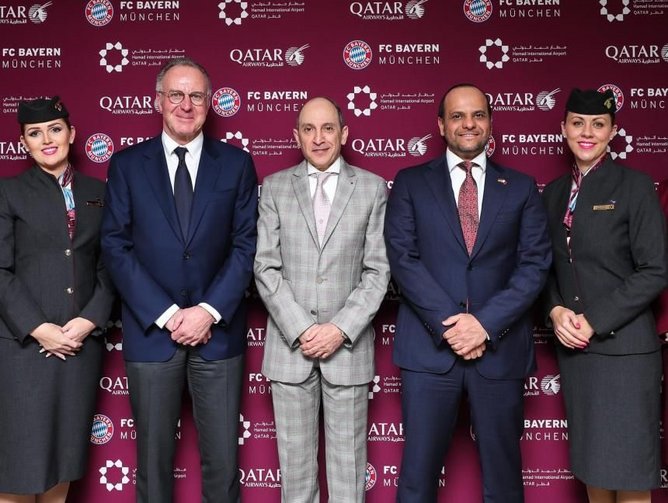 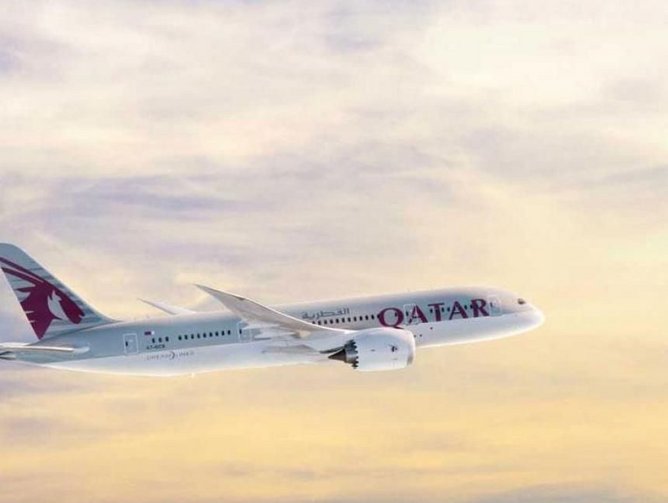 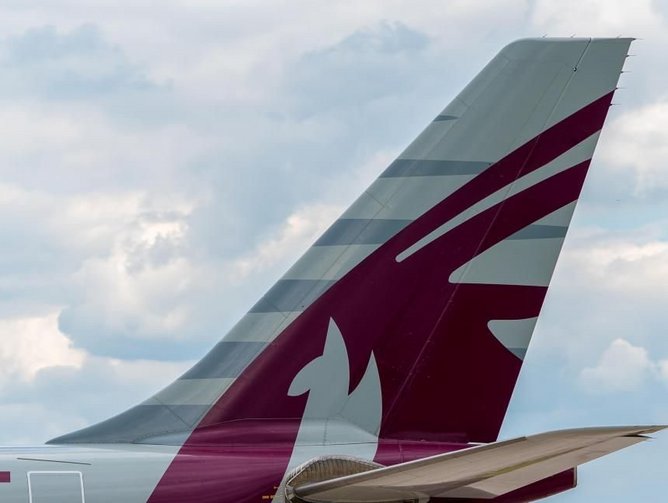 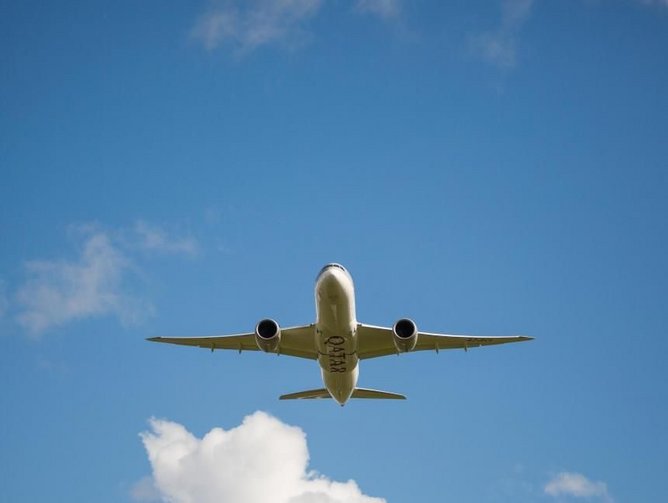