How would we set up the company if we were starting from scratch? If we were a startup, what would we do?

These are the wide-reaching questions that Cadent Gas asked itself when the firm decided to diverge from the National Grid last year and carved out its own path in the utilities sector.

With an invigorated startup mentality and technological ingenuity, the UK-based company has developed a strong tech strategy and is set to become a frontrunner in the competitive utilities industry.

With over 18 years’ experience in the energy and utilities business, the task of developing a brand new digital roadmap has fallen into the capable hands of Chief Technology Officer James Houlton, who described the company’s separation from the National Grid as a crucial catalyst for change.

“The biggest change I have seen is that we now have a real startup mentality,” observes Houlton. “Separating from National Grid has allowed us to lose the shackles of such a large utility organisation. It’s allowed us to ask ourselves ‘How would we set this up if we had a clean slate? If we were startup what would we do and how would we do it?’

“This mentality is helping our team drive performance, drive efficiency, and really care about the lives of the people that we affect on a daily basis - our customers” he adds.

Re-evaluating its industry standing has allowed Cadent to reimagine a new technology pathway. Understanding and adopting practices followed by major technology players such as Amazon and Microsoft is one way we see giving Cadent a competitive edge, says Houlton.

“It’s about understanding what we are we driving for, what our goals are and what type of organisation we want to be.”

Technology has, by all accounts, become a fundamental element of Cadent’s operations. It’s no longer the job of the IT department, it’s the responsibility of everyone in the organisation. It’s no longer a supplementary function, it’s a driver of change.

In many aspects, technology is changing the operating model of the organisation, says Houlton.

“In some cases where we’d traditionally turn to human resources to do things, we're asking, ‘could technology deliver that function in an easier, consistent and more efficient way?’" Houlton says.

“Through robotics and automation, for example, we’re looking at how we can be more effective and readily available because technology can run 24/7, whereas humans can’t,” he adds. “It’s also about improving the quality and efficiency of delivery, so where a human could make errors, automation and robotics could eliminate these.”

The origins of the firm’s digital transformation can be traced back to April 2017, when National Grid sold a majority stake in its gas distribution business and became Cadent, an independent, privately-owned organisation.

As part of this division, Cadent also has to separate all of its technologies – its networks, the data centres, applications and more – by March 2019. It is a mammoth task, but Houlton says that it’s helping the Cadent team to focus on what matters – “being as efficient and effective as we possibly can, maximising performance and productivity, and delivering a great service to our customers.”

But when technology is ever-changing and constantly improving, how does Cadent keep up with the pace of innovation?

“I'm a great believer in the fact that you can't really future-proof technology because of the pace and the rate that things are changing today,” Houlton says. “Our strategy was to create a foundation that allowed us to be agile and fast-moving so that we could respond to the changing demands of the business.”

To this end, Houlton says that the company’s move to a public cloud, specifically Amazon Web Services (AWS), was “fundamental” to give the company the scalability and flexibility it needed to deliver solutions quickly.

What’s more, Cadent’s strategy has also involved looking at the areas where it equaled competitors in the marketplace such as its back-office operations, HR, finance, procurement, and its ERP system, and standardising the back office to maximise efficiency and value. Keen to deliver an effective SAP transformation, Cadent is moving to SAP S/4HANA for its back-office functions. They key is simplification – removing the complexity built up over multiple years and adopting best practice driven by our technology.

“It's been an interesting shift in culture and conversation,” Houlton says. “Those areas of the business are very keen to standardise the way they operate and their back-office processes around the technology. This is driving standardisation of the business processes and is shifting the way we operate, our attitude and our mindset.”

Simultaneously, Cadent has also highlighted the core areas which differentiate the business, such as its field technology, its customer experience, and its Critical National Infrastructure, and is ramping up technological investment in these areas.

Such investments have seen Cadent explore the use of modern innovations such as virtual reality, mixed reality, sensor technology and the Internet of Things, to add value to the organisation.

“If we didn’t take a look at these technologies which offer flexibility, agility, and scalability, then we'd be left behind,” says Houlton. “These technologies are key to help us achieve our strategy, but they will also ensure that Cadent pushes to the top-of-the-pack. We are a new organisation, we want to do things differently. We've got a massive focus on efficiency and these technologies in the marketplace allow us to achieve that by reducing costs and reducing waste.

“We've tried to create a culture that showcases how technology can make us fast-paced and agile,” he continues. “It doesn't always have to be a multi-year, or multi-million-pound technology to deliver a quality service. We can turn things around very quickly, we can use digital technologies and it doesn’t have to be costly.”

Such a root-and-branch transformation of Cadent’s digital capabilities wouldn’t be possible without its strong strategic partnerships which are helping the company on its journey to become a technology-enabled, technology-driven organisation.

“We can't do it alone,” notes Houlton. “We need to be close to what's happening in the technology sphere, and utilising our partners is helping us achieve that by accelerating our performance and growth. We have capability, but we can't attract the talent or the investment that our strategic partners can. Without those partnerships, we wouldn't be as successful as we are going to be, and we have been so far.”

Houlton says that that the company’s five-year partnership with HCL Technologies will be vital for its digitisation strategy. “HCL Tech is our main application support and delivery partner,” he explains. “The firm has a wide breadth of experience and a large client base which we can really make use of. In terms of the thinking that's out there, some of the solutions that they’re delivering for us are really accelerating our route to market and helping us grow.

“SAP has also been a key partner as we've got a large SAP footprint,” he continues. “Changes in that space, in terms of engineering capability, are going to be key. Therefore, we’re utilising its global experience and the breadth of its customer base to really understand what other people are doing, how they're really being performed, and bringing that back in. It’s really accelerating our thinking and our innovation.”

On top of this, Amazon and Microsoft are key partners which Houlton describes as key accelerators for technological innovation. “Amazon’s cloud platform AWS has been fantastic and we’re also working with the company to explore how they achieve customer excellence because they are stand-out in this area,” he says. “We're working closely with Amazon to see how we can drive innovation across the company more than we could do if we were doing it alone.

“We’re also talking to Microsoft about our challenges and how we could better innovate,” he continues. “We're talking to them about analytics, so for example, how we could use the Office 365 platform to really draw out some great analytic insights which could promote employee productivity.”

Cadent’s startup mentality, technological ingenuity and strong industry partnerships have culminated to create a firm which has achieved meteoric success in its brief history. The UK firm is quickly becoming one of the top gas distributions companies in the country, but for Houlton, it’s also about setting an industry-wide standard of technological and business success.

“We would like to see Cadent standout as an industry leader and a technological leader,” he reflects. “We want to be a shining example that industry leaders and our strategic partners use as a reference point as to how companies can use technology to maximise value for their customers and derive benefit for the organisation.” 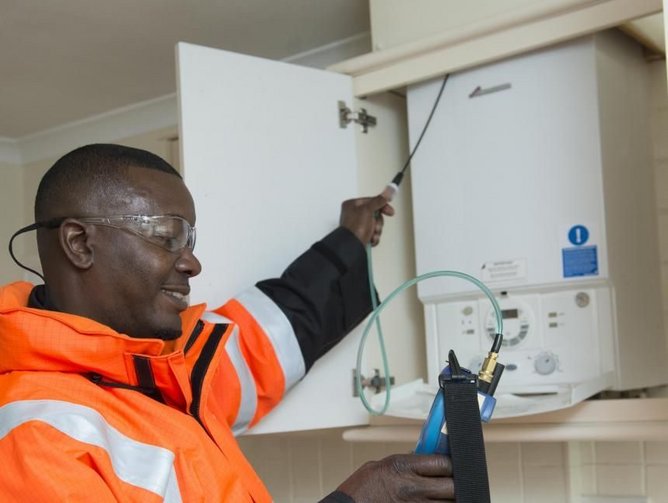 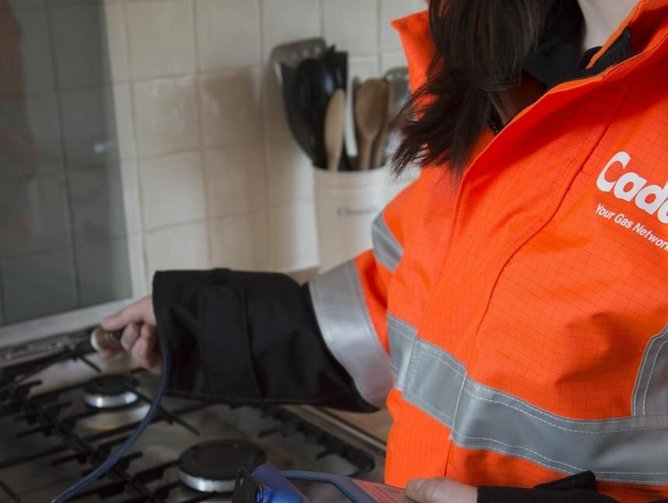 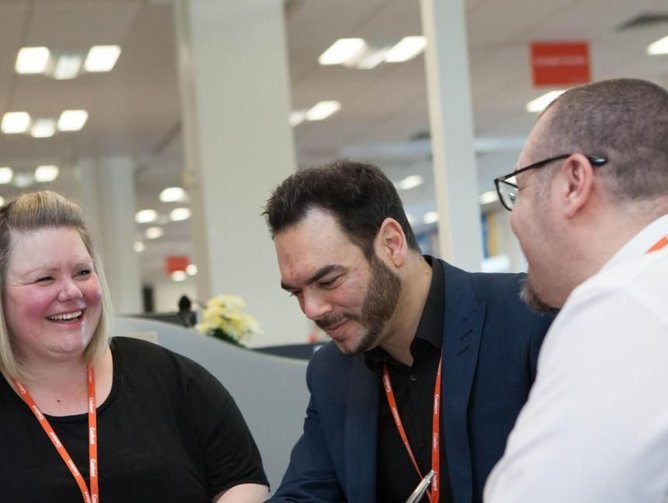 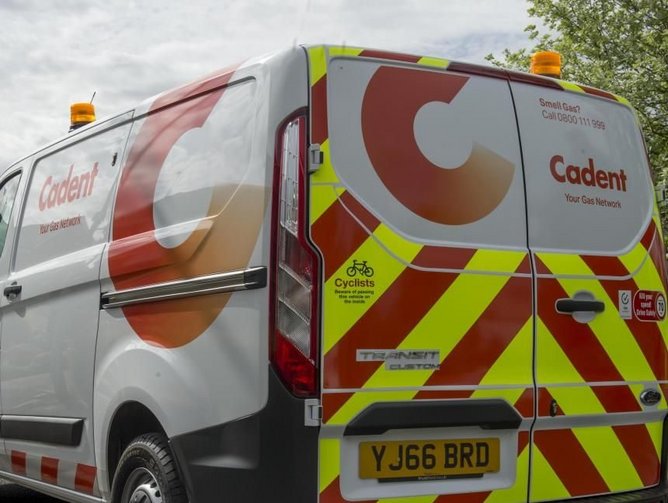 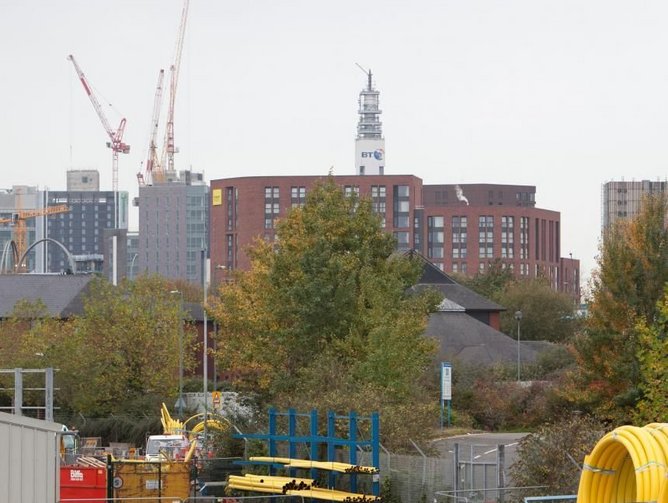