How Songas is working to bring more clean, reliable energy to a nation where it is sorely needed

“It’s very important for everybody to have access to reliable electricity, and I think that Africa generally suffers in comparison with the rest of the world.”

Nigel Whittaker, Managing Director of Songas, holds these beliefs that mirror those of his company and its parent company, Globeleq. Songas is a major player in the electricity sector for Tanzania, and has been since it became operational in 2004. The company uses natural gas from Songo Songo Island and processes it on location, before transporting it along a 225KM pipeline to the Ubungo Power Plant in Dar es Salaam, owned and operated by Songas. The gas is then converted into electricity which is sold cheaply to TANESCO to sell on to its customers.

In a nation which relies heavily on hydroelectric power via precious water supplies which are subject to droughts, and expensive fuel oil must be imported, Songas’s presence is a necessity.

“Only around 30% of people in Tanzania have access to electricity, but the government has a plan to increase the industrialisation of the country,” says Whittaker. “In order for that to happen, reliable electricity needs to be available so that industry can thrive.

“Currently there’s about 1,100MW of electricity available in Tanzania, and the government wants to increase that to 5,000MW, to develop industrialisation and improve access to electricity. We support that. We want to be a part of that program, because we’re part of the solution in Tanzania.”

Whittaker has 35 years of experience in energy, including 25 in power generation. Having worked for big industry names like Powergen, E.ON, and Sumitomo, Whittaker took on his current role with Songas in 2015, and has been applying his expertise to the well-established company ever since.

When Songas’ business began, it was the only gas fired generator in the country and it supplied between 30-50% of the electricity in Tanzania.  While it is more like 25%, the company remains an extremely important part of the local electricity generation sector. This is due in part to its very high availability (98%) and a load factor of 92%.

“Songas is very important to Tanzania because it’s reliable and we’re constantly generating,” explains Whittaker. “We are running 24/7, and our electricity is the cheapest thermal generator in East Africa; we sell to TANESCO at about six cents a kilowatt.”

This not only benefits citizens wanting electricity from a clean, reliable, cost-effective source, but ensures that Songas remains a top choice as a supplier. Globeleq, one of Songas’ shareholders, is dedicated to power development in Africa and works hard to supply electricity on the continent, a known driver for social and economic development.,

Using Tanzanian gas, Songas can continue to provide electricity more economically than the fuel oil generators which have to import the gas into the country; this has saved Tanzania billions of US dollars since its operations began in 2004. Songas uses reliable infrastructure which means that there is no need to constantly update its technology.

“The company has not changed a lot since we went operational in 2004,” says Whittaker. “Prior to that there was a lot of time and effort involved in developing the gas process and the building of the pipeline, upgrading the old plant by converting it to gas, and adding new units. Since then the plant has been running in a stable operation.”

While stability is something to aspire to, it can never be quite enough when a business can do so much more and with its excellent service in a nation with low rates of electricity consumption. So how can Songas keep doing what it’s doing, but do more of it?

The challenges for Songas are external, and things which will take time to change. Both TANESCO and the Tanzanian government are dealing with struggles which affect Songas, but Whittaker is hopeful.

“The government is hoping to organise a financial package with the World Bank which will alleviate TANESCO’s financial issues, making it financially viable going forward,” he says. “We’re anxious to see the outcome because it’s important not just for companies like Songas, but the whole financial electricity sector generally.”

Songas is developing a plan to upgrade two of its six units which will enable it to produce more electricity. It’s simpler for the company to upgrade existing units, as the site contain all of the necessary infrastructure already, than to build entirely new facilities, and generation capacity could increase from 180MW to 240MW if the government grants approval.

“Songas is a thriving business, it runs very well, the plant performance is very good, and the electricity price is low. We think we’ve been a fantastic asset for Tanzania. Pan African Energy Tanzania (PAET) recently put some calculations in the newspaper saying that Songo Songo Island gas has saved the Tanzanian government $6.2bn since operations began – money that would otherwise have been spent on producing the same amount of energy with imported fuels. So Songas has been very successful, not just for the shareholders but for Tanzania as a whole.”  54% of Songas’ shares are held by Globeleq and 46% are held by the Government of Tanzania through holdings by TANESCO, TDC and TDFL.

Songas sees a future in which its generating capacity is expanded by about 30%, and its parent company, Globeleq, is extremely interested in pursuing other power development projects as soon as it gets the go-ahead. The gas at Songo Songo Island is sufficient to meet the needs of Songas’s future growth, and the infrastructure is not fully utilised. So while Songas does have to wait for precisely the right environment and the necessary approval, the future certainly looks bright.

“There are enough resources on Songo Songo Island for us to introduce, improve, and increase electricity generation,” Whittaker concludes. “Tanzania will be a very interesting market for us once we can see there’s some stability returned to the electricity sector here.” 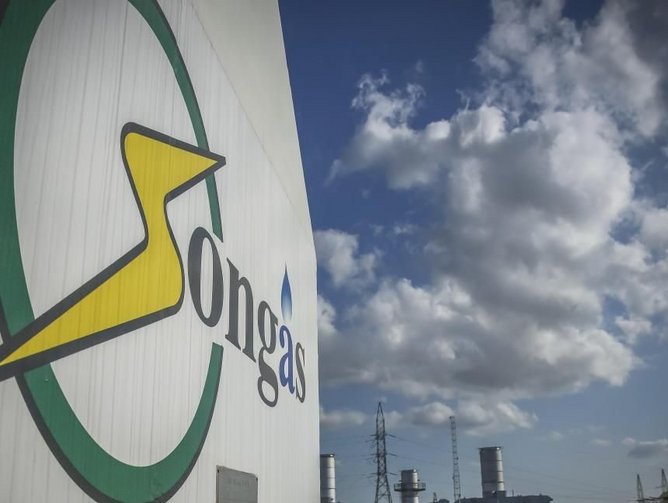 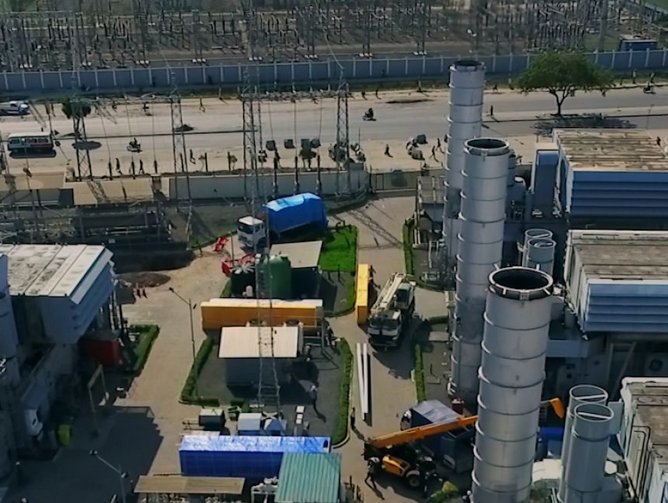