With about 36GW of generating capacity, Uniper has earned its stripes as one of the world’s largest global power generators. The Düsseldorf-headquartered firm was founded in 2016 after it carved out its own path from E.ON and since then, it has grown to become a global powerhouse in the energy space, expanding its operations across 40 countries and attracting 12,000 employees to its doors. Technology has obviously played a vital role in this rapid ascension and, more specifically, Uniper’s data analytics plan has been a real tour de force.

When it first hashed out its digital roadmap Uniper set itself an impressive goal: to become a more data driven company. This may seem like a straightforward task – that is, if you don’t take into account the scale of Uniper’s operations. The company not only generates power, but it also procures, stores, transports and supplies commodities such as natural gas, LNG and coal, as well as energy-related products. With this in mind, Uniper has reams and reams of data at its disposal – but how to draw real value from this was another challenge it needed to tackle.

The problem with data analytics, particularly at this magnitude, is that it’s often isolated and difficult to utilise enterprise wide. “Whether it’s power plants or gas storage, these sorts of assets are actually quite digitised already,” muses Dr. Stephan van Aaken, VP responsible for Digital Transformation of the Asset Business at Uniper. “Nowadays you can hardly run a power plant without sensors or the industrial internet of things (IIoT) but none of these are perfectly utilised. Often information is siloed and organised in different places which means the whole organisation can’t reach its optimum capability.”

There are many forward-thinking questions facing today’s utility and power giants. How much coal or gas do they need to produce today and in the future? Is the market going to pivot in a completely different direction? How can they maximise profit? These queries are daunting yet necessary, and by offering evidenced-based predictions data holds some of the answers. Yet, before you can draw any insights from data, it has to be organised. As such, Uniper sought to standardise the way it collected and organised data, which van Aaken aptly likens to “cleaning up the kitchen before you can actually start to cook your meal”.

Wanting to break down its data silos, the firm set about the mammoth task of reshaping its architecture. “We started to think about how we can drive value and money from our data at an enterprise scale,” explains Rene Greiner, VP of Data Integration. “From the first moment, it became clear we needed one fundamental thing: a ‘single point of truth’ whereby we can let data flow from one domain to the other.” To this end, Uniper worked closely with an intricate ecosystem of partners to create a cutting-edge data analytics platform. Over the past several years, the energy giant teamed up with Tableau and Talend to integrate more than 120 internal and external sources into a Snowflake central data lake in the Microsoft Azure Cloud. Greiner speaks warmly of the strong partnerships Uniper has formed with Snowflake and Talend, highlighting how “it’s different than a traditional partnership”.

“We’re very close to their network and in terms of knowledge sharing I’d say we’ve created a very open-minded culture,” he says. “If we have a problem or a question, we can immediately get in touch with them to solve it.” It’s this same ability to go the extra mile that led Uniper to adopt OSIsoft’s PI System software. “They don’t want to just close a deal and run off – they want to see us succeed,” Greiner affirms. Similarly, he praises Tableau’s “best in class visual analytics capabilities” noting that it “perfectly supports Uniper’s digitisation journey.”

Embarking on a root-and-branch transformation is no easy feat, but developing strong industry ties has helped Uniper sidestep any pitfalls. This has not only applied to the way the firm has overhauled its software but can be seen in the hardware side of things too. “DXC Technology is really our backbone from an infrastructure point of view,” explains Greiner. “We have a cloud first strategy but some parts you can’t put in the cloud and that’s where DXC Technology comes in. They’re not just providing us with technology though; they’re also supporting us as a technology advisor.”

Working with these industry leaders, Uniper is already reaping the fruits of its labour. Thanks to its data analytics platform, the company can supply data 10 times faster and 10 times cheaper. “In almost every process use case, we can also ‘free up’ people from data collection and processing,” Greiner says. “Because the platform is supported by cloud technology, we can even reduce the cost of storing and preparing our data.” Van Aaken also highlights how the platform is empowering the workforce by giving them more input and control. “We’ve seen that this platform is bringing the data and people closer together,” he says. “In the past, when you wanted to analyse data you were kind of stuck. You needed to talk to IT professionals, set up a big project and then maybe six months later you had the data you needed. This platform turned this around. It’s changed our way of working significantly.” Speed is another key advantage underlined by the pair. “In the past when we wanted to integrate data it was an intensive, long and expensive process,” Greiner adds. “Today, we are able to do it within days if not hours. This drives value as you have more time to dig into the data and gain insight.”

Demand in the utility and power market fluctuates daily. As you can imagine, a colder winter season will see more people turning on their heating for longer spells, whilst a heatwave could see a spike in air conditioning use. By using predictive data analytics, Uniper plans to use its portfolio, safely, to its utmost capability. “A major driver of the profitability of your portfolio is, of course, how you manage your assets,” explains van Aaken, noting that when the firm is planning to invest and maintain its assets, it is doing so on a portfolio basis rather than looking at individual power plant sites. “We have a strategy for our power plant portfolio and the maintenance of our components,” he continues. “These components are stressed differently according to how you operate your power plant, and that obviously depends on the market and the strategy of the traders. Now, for each component, we can collect data about how it is operating through our digitisation strategy.”

Combining data about how a component was run with predictions about the future energy market, Uniper can now forecast how power plants will run in the future and when they will need to undergo maintenance. Van Aaken likens this to maintaining a car, noting: “You could change the tyres of a car every two years and you would probably be safe, but what if half of the time the car is parked and you’re only driving short distances within the city? Changing the tyres every two years would be a waste and you wouldn’t be using up the lifetime of the components.” On the other hand, he adds: “What if the car suddenly needs to drive longer distances the next year? Then you’d have to change the tyres more frequently. In power plants you have a similar system – you need to ensure that it’s well maintained.” By being able to see how changes in the market will impact its portfolio, this resourceful strategy is helping Uniper keep a close eye on its maintenance budget and capital expenditure.

This digital transformation journey has no finish line, and van Aaken and Greiner are proud of what Uniper has achieved so far. For the business, it’s not just about technical advancements: Van Aaken points out how a vital piece of this transformation involved creating a culture shift and enabling the workforce. “In the end, one of the biggest challenges involved is around enabling the people,” he says. “In my lifetime, technology has developed more quickly than people can follow – it’s a game changer. It also means that technology changes quicker than people’s mindsets. We have to take care to ensure that people are ready to take on this journey because the people have the actual knowledge. If you lose them, then even your greatest product won’t help you.” This is perhaps best exemplified by Uniper’s hydro business, where workers now use mobile devices (which are linked to SAP Plant Maintenance) for daily maintenance operations. Working across different power stations, these workers often used pen and paper when conducting surveys. However, this caused problems: it was laborious, susceptible to human error, and inefficient. To change this, Uniper developed a seemingly simple app, where employees could send their notes directly to the SAP PM tool. “It’s interesting because we included the workers in the development of the app,” says van Aaken. “They really bought into the technology because they could see it was really making their life easier. This strategy also focuses on the benefits for the people.”

When it comes to digital disruption, Uniper is keen not to slow momentum. The world of technology is unpredictable but over the coming years, one thing is certain: Uniper will work hard to ensure that it maintains its position as a digitally savvy energy leader. “We want to carry on with this journey,” adds Greiner. “We need to make digital part of our DNA. We need to take our digitised legacy and move towards becoming a more digital business. No one knows what is set to come in the future, but by preparing our teams and our organisation, we're well equipped to take it on.” 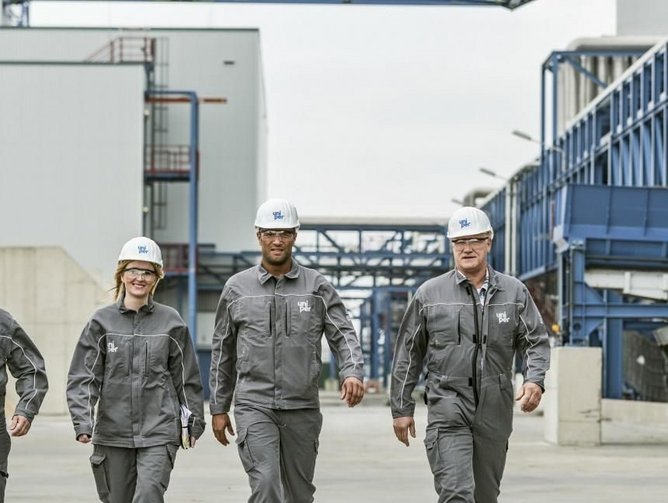 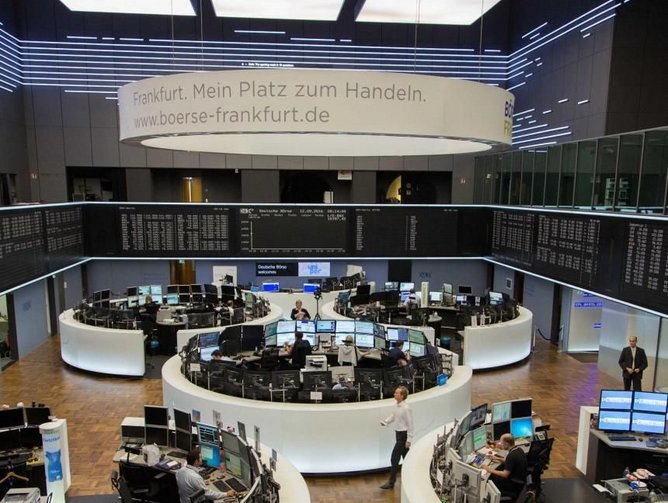 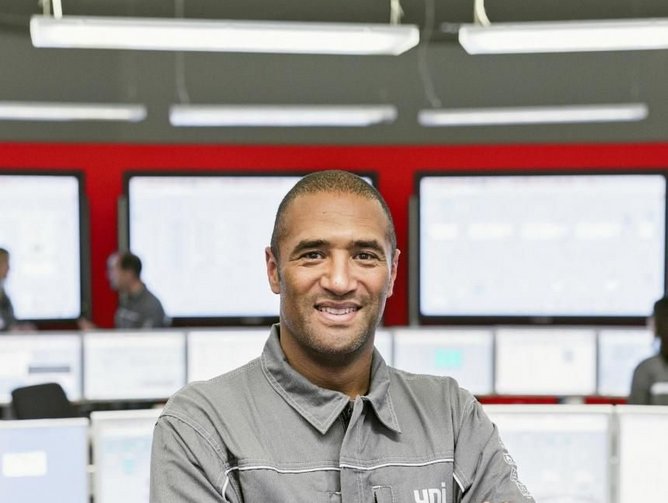 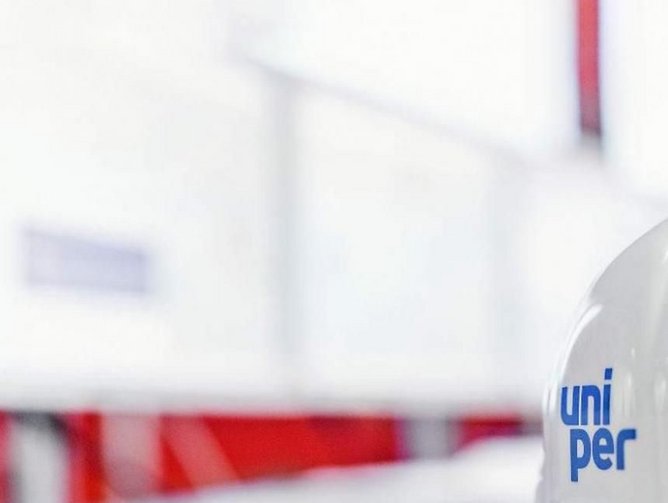