Hudson Resources celebrated the safe arrival of the first bulk shipment of anorthosite (calcium feldspar) from its White Mountain (Qaqortorsuaq) Greenland mine in August this year. It’s set to be the first of many shipments taking advantage of a unique orebody with a +100-year mine life.

“The journey to the commencement of production of the anorthosite at White Mountain in February 2019 has taken seven years,” explains President and Director Jim Cambon. With a 50-year permit in place, we embarked on our 12-month plan to develop the mine site in 2018. The creation of the mine and associated infrastructure was a CA$45M construction project utilising a modular approach, with 1200 tonnes of steel brought in to the remote Greenland location by barge. “That barge is now our dock at the deep-water port,” adds Vice President of Operations, Jerry Janik, who recalls the logistical challenges of commissioning the process plant during the Arctic winter. “It was -40°C when we first commissioned the site – 12 months earlier the plant was just a slab of concrete. The execution of the construction phase was a great success and met all of our expectations from a safety, cost and scheduling perspective. It’s a great reflection of the excellent team we assembled, boosted by the skilled workforce here in Greenland and the engineering led by CWA Engineers in Vancouver.”

Greenland is a self-governing administrative jurisdiction of Denmark with control of its mineral rights. With no land claim issues, Hudson deals directly with the Greenlandic people and has very strong support from the local communities. Greenland is a mining friendly jurisdiction with a competitive fiscal regime that provides a sound financial basis for the future of White Mountain. The Greenland School of Minerals and Petroleum Råstofskolen is also located near White Mountain; it has toured the facility.

Anorthosite, which is 30% aluminum, offers Hudson the opportunity to develop products with multiple revenue streams. Hudson’s GreenSpar is derived from the igneous mineral plagioclase, which yields the hardest feldspar with the highest refractive index, and offers a distinct advantage as a premium mineral extender for interior paints requiring very good abrasion resistance. Its use can also result in a stronger finish and cost savings as resin filler in clear coatings. The paint, coatings and polymer industries are forecast to become a US$31.8bn industry by 2023.

GreenSpar can also be used as a replacement for kaolin in the production of E-glass fiber most commonly used in the reinforced polymer composite industry in high-end fiberglass for wind turbines, cars and boat parts, and sporting equipment. Hudson has already signed a 10-year off-take agreement with a leading fiberglass producer in a market expected to be worth $17.4bn by 2024. It can offer significant technical, financial and environmental advantages, including: energy savings in excess of 10%; reduction of melt times by up to a third; a lower heavy metal content; reduced wear and tear on refractories and reduced NOx, SOx and CO2 emissions.

GreenSpar also offers a source of alumina and could be a replacement for bauxite, without producing any of the associated waste and tailings. The global high purity alumina market was worth $1.8bn in 2015 and is expected to rise to $5.8bn by 2022. In addition to this trio of established markets, Hudson has also discovered that, by adding phosphoric acid to its anorthosite it can produce strong, heat resistant white cement (Anocrete).

The White Mountain mine is the source for all of these opportunities. “There are some competing minerals out there, potentially, but there are no competing orebodies for anorthosite,” reveals Janik. “White Mountain is unique in its size, the orebody itself is 8km long, it’s massive, it’s homogeneous and has very few contaminants – which is key for industrial mineral projects. We could deliver shipments consistently for over 100 years with this deposit. Even though Greenland is logistically challenged, being on tidewater offers excellent opportunities to bring anything in by ship and load out to Western Europe or the US for $25 a tonne. It’s extremely cost effective.”

Technology has played a big part in operations planning at White Mountain, where the management team knew that the remote location would offer limited workforce resources. “The entire process plant is automated,” explains Janik, “to the point where you can run it off an iPhone or iPad. I could walk around the plant and see it fully controlled. You could actually be in a loader filling rocks into the plant feed hopper and still be able to monitor the plant and see how it's running. We also have an internet link directly with our automation consultant in Denmark, so if we do have any issues, they're able to log in from Denmark and help us troubleshoot online.

The green benefits of White Mountain are highlighted by the fact that Cambon believes it will be a zero-waste facility in the future. “We are running as lean as we can energy wise,” he says. “We're also looking at putting in a wind turbine and solar panels in the future. We’re even looking at tidal energy because we are on a fjord that has significant tides – there's an opportunity to harness that energy.”

Hudson has been able to quickly progress White Mountain to the production stage with the help of some key partners. “As it’s such a major component in the operation, we engaged Thor because we needed help with ship loading,” explains Cambon. “With our floating dock, we required a system to take material out of our warehouse, transfer it to the dock, and then into a ship’s hold. We worked with Thor to produce a simple system robust enough for the Arctic, and it did an excellent job delivering a solution beyond the capacity of what we need right now. It allows for expansion – we can load a ship at a thousand tonnes an hour with the equipment Thor provided.”

Weir was also commissioned to supply the in-plant crushers. “The ones we’re using are high pressure grinding rolls,” reveals Janik. “They're somewhat different than what you'd normally expect. The fine dust can interfere with the magnetic separation. What Weir provides is unique, enabling us to generate sand and less dust during the second stage of crushing.” Elsewhere, Lillegaarden was employed to head up the electrical work at the plant. “I’ve been in this business for 30 years and can say it’s the cleanest, most high-quality layout I’ve ever seen,” confirms Janik. “In fact, they're so good we stole one of their project managers to become our own site manager,” he laughs.

Hudson has big plans to increase capacity and grow the markets, as Cambon believes demand will outstrip supply in the next 24 months. “We are in discussions with a number of groups about potential strategic partnerships going forward, which would give us more horsepower. That's something we'll look at as a way to grow the company and add shareholder value,” he says. “We’ve got 14,000 tonnes of product sitting in a warehouse in Savannah, so what we’ve accomplished on such a skinny budget with a small team is remarkable.”

Long-term, Cambon believes it’s important to have sustainable rare earth supplies outside China and suggests Hudson is well placed to advance another of its Greenland projects with a high ratio of neodymium at Sarfartoq. “The Chinese have control of the market and are even investing in rare earth projects outside of China to further control it. Because of the value of neodymium in creating these super magnets you need to have that supply outside of China. I think it's just a matter of time. We keep going through these cycles where exploration ramps up, but then the Chinese lower rare earth prices. Eventually they will run out of material, or will want to use it internally, and that's going to be a huge problem for the rest of the world. Realising sustainable, green, environmentally friendly rare earth projects is an important challenge to meet and one where we’ll look at finding the right partners to tackle.”

Next year, Cambon expects White Mountain to be producing material for paint and E-glass customers, and hopefully rockwool too. “We are in detailed discussions with a fair number of potential off-take partners,” he says. “I think by 2021 we'll be sold out. We won't have the ability to take on new customers until we can expand; it’s a nice problem to have. By year three we’ll be looking at doubling the size of the operation. I think that's just the reality of the demands we're going to see for anorthosite.” 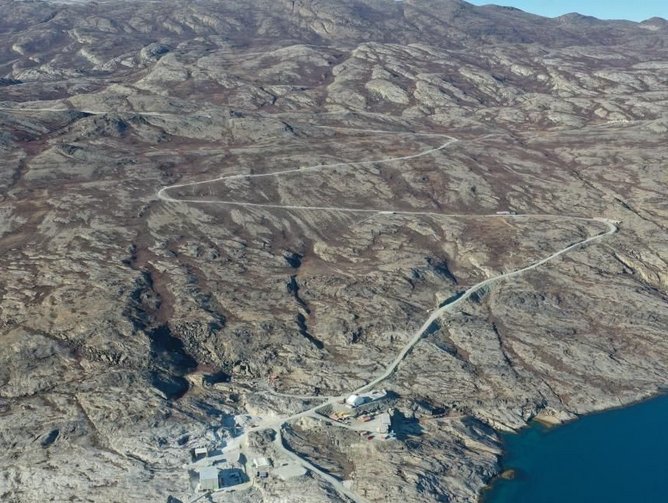 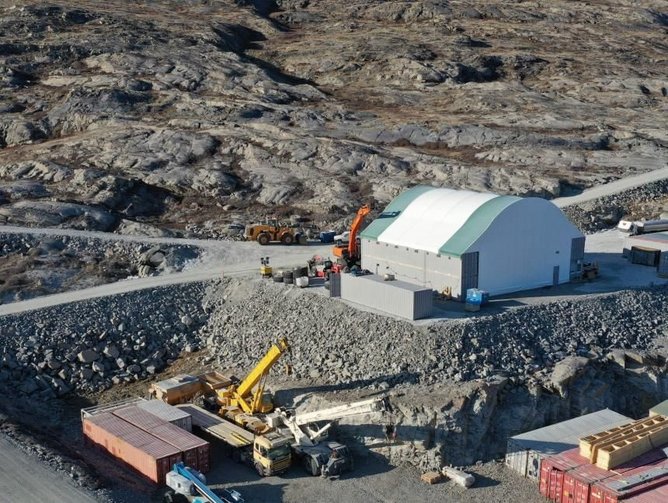 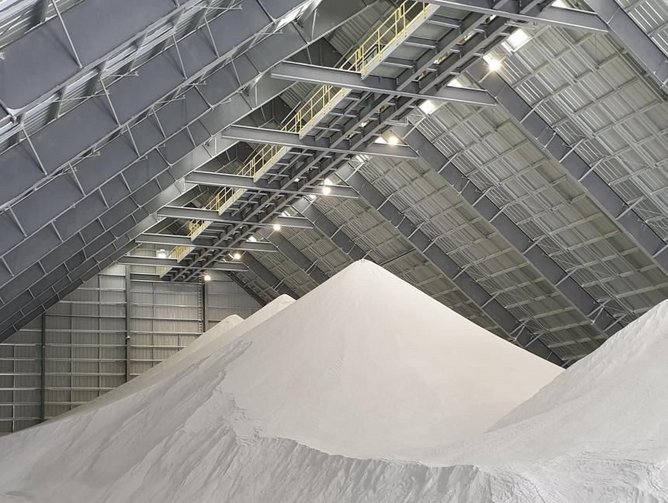 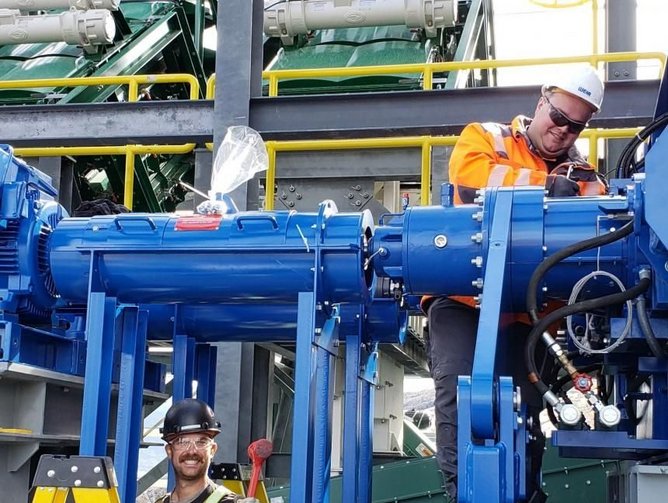 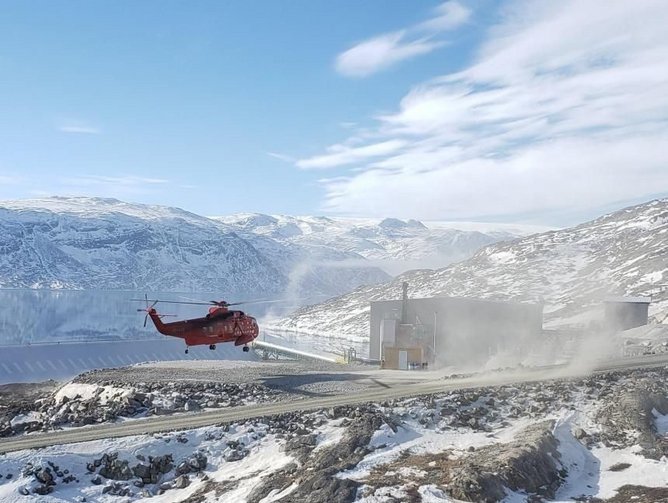 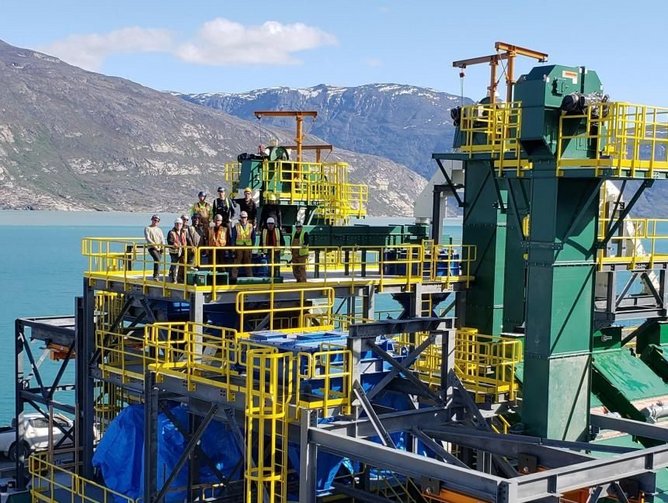