Procurement is all about the right players, says Ulrich Piepel, choosing a football analogy during World Cup 2018 from his office overlooking Borussia Dortmund’s Signal Iduna Park, where he regularly attends matches.

Since drafting in Piepel in 2003, innogy has transformed procurement into an important strategic function which adds significant value and innovation to the organisation – and together with the right players and partners, the procurement function has been instrumental in transforming innogy into one of the largest providers of renewable energy in Europe.

RWE is a major European energy company dating back over 100 years; in 2016 amid policy and market changes, RWE decided to split the generation part of its business from the rest of the company, making innogy (innovative energy) a separate entity. “innogy has everything besides conventional power plants,” explains Piepel, adding RWE itself still owns gas, lignite, coal and nuclear, as well as mining. “All of the rest of the company – roughly 2/3 of the people, volume and revenue – is now innogy.”

This actually makes the subsidiary bigger than RWE, and it owns retail operations across Europe, including the UK, Germany, the Netherlands, Czech Republic, Poland, Hungary, Slovakia and Austria. “Our renewables business is solar, onshore and offshore wind, as well as some biomass energy production. There’s also some new business because the energy market is changing rapidly and we’re seeing developments like electric cars and smart homes,” Piepel adds.

Procurement to the fore

“Let me ask you a question. If you had €50,000 to invest, would you give that to someone who isn’t capable, and lacks a degree or expertise in spending or investing money?” Of course not – but Piepel argues that’s exactly what many companies are still doing when it comes to procurement.

“Decades ago, procurement wasn’t seen as an important function. Perhaps in retail it was known that making the right price point was vital for success, but other industries didn’t pay attention, meaning a large chunk of costs weren’t managed professionally. In the 80s when I left university, procurement was the fifth wheel on the wagon. It was just transactional work.”

‘Procurement engineering’ for Piepel involves bringing together processes, measurements and set-ups to go through one department. “This helps you make sure your organisation is following the best in class processes, with the same set of KPIs,” he says. Perhaps unsurprisingly, the most important KPI at Innogy is return on investment. “In the past, when procurement was transactional, people only looked at the cost involved. You have to keep that in mind, but the most important thing is to establish RoI as a key factor to ensure we’re saving a multiple of what we’re spending. This is long-term added value.”

Procurement is so vital in value creation that it’s hard to imagine how innogy functioned without this strategic department. Piepel is adamant that procurement savings must be recognised as vital to profitability. “If a salesperson made 30% more sales, they would be seen as the hero of the company, but if procurement makes savings with the same effect, which will also be sustainable over the next year, nobody really notices. You have to make the organisation aware of your bottom line savings and innovations from suppliers as well. This helps senior management and the board understand how important procurement can be. And in the age of digitisation, it is our job to scan the world market for disruptive and digitised solutions, services and products to bring them into the business.”

With Innogy operating across a multitude of locations, it’s important to ensure procurement organisations are independent parts of a well-run whole. “We structure procurement not according to countries but according to categories across a global market,” Piepel explains. “We allocate experts to each category who may work in different countries, but the negotiation and strategy can be done centrally. You can then apply the same best-in-class process whether in the UK, Germany, the Netherlands or elsewhere.”

The energy giant deals with a variety of product groups, and Piepel has worked to centralise these in order to make the most of resources, thus increasing the knowledge within each category dramatically. “In the past, we had maybe 15 buyers for cables for example, but why not concentrate this to a single buyer with the right knowledge of markets, suppliers and cost points? To create a great organisation, you must centralise procurement as much as you can. We need these experts who focus on a few product groups, rather than covering many categories in a decentralised organisation with little knowledge.”

Experts are indeed vital in procurement if it is to cease being an add-on or ‘fifth wheel’. “We just had the World Cup, for example: at the highest level, you need great players. If you want to have great players, you need to pay, educate and motivate them. Attract them, even, as a large organisation with a lot of spend and leverage. Nowadays, procurement is one of the most complex jobs you can have – you need to understand the business, processes and the latest innovations in an increasingly digital world. You need to understand the products and costs involved, compliance, purchase-to-pay processes, even health and safety and data security,” says Piepel.

Amid rapid digitisation and transformation, roles can change quickly so it’s not always about employing those with the best ‘technical’ skill or the most specific qualification. “It’s important to have the right people with the intellectual capabilities to adapt to new situations. You need smart people – it’s about brains and, very importantly, passion. We then try to give the highly skilled people freedom and trust. A buyer has to have room to negotiate, find new and innovative suppliers worldwide and interact with technical departments. You also have to reward staff, recognise who is doing a great job and encourage them to be braver, even get into arguments with technical people because they may have a better and more digital solution.”

Automation – getting down to business

Procurement involves a number of processes in any company, and as innogy was quick to recognise, automating as much as possible means more time is freed up for staff to make the most of their talents.

“Take tendering for example,” says Piepel. “Previously, people would mail out tonnes of paper to the suppliers, and time was wasted when files came back to do research, comparison and benchmarking. Now, we do most of our tendering electronically with software like myFUTURA, which has helped us reduce cycle time and become way more efficient.” MyFUTURA allows for automatic comparison of various quotes and price allocation, and is a fully compliant with innogy’s back end systems, as well as being faster and easier for buyers to use, according to Piepel.

More surprisingly, negotiation can also be automated through electronic auctioning tools. “Electronic auctioning brings us way more savings because we take away the personal element between supplier and buyer, which isn’t always needed when talking about facts and figures.” While this was a challenge to introduce to some staff who felt negotiation was their biggest strength, Piepel persevered. “Now, people love it. We’ve done thousands of e-auctions, and have in some areas up to 80-90% of our spend going through e-auction tools. It’s been a big boost, but also one of the toughest things to introduce, as there was resistance from buyers, technical departments… and suppliers who know it’s tough.

Call-offs notoriously involve a lot of paperwork which can be a huge drain on time and resources. “We needed tools, like catalogues, which cover 75-80% of our orders. We implemented catalogues around 12 years ago and then found we shouldn’t do the hosting and management ourselves, but give this to someone who is even more capable than us. We therefore invited Mercateo to join our procurement transformation journey – we were one of their first customers so were really able to help them grow their platform, and now Mercateo is a major company in electronic catalogue handling.”

Mercateo is one of several partners that Innogy sees as vital to success and growth. “When you want to create such a successful and powerful organisation, you can’t do it alone,” Piepel continues. “We have ideas, but need strong and innovative partners to follow these through with. You can develop things better as part of a partnership rather than looking for a specific tool. We have also been working with many consultants which specialise in procurement for the last few years, for example Boston Consulting Group, which has helped us shape our ideas, strategy and cost savings. It is fundamental that we benchmark with each other, as they know what is going on in the market.”

Call-offs have also been supported by software giant SAP. “We now have, with SAP, a supplier and procurement platform to cover all countries. SAP enables us to create call-off orders automatically, which we call ‘no touch procurement’. All contracts with all details are entered and stored within the system, so people in the business can now call off without even involving procurement. This takes most of the transactional work out of your organisation and pushes this capacity into the more strategical, value-creating procurement work. We also have a lot of processes in our organisation which is tough to subtract the data out of, so we have implemented Celonis process mining, which utilises big data to help us see where our processing is not according to standard. This tool made us even better in streamlining processes and becoming leaner, faster and more agile.”

Tradeshift’s platform has also filled gaps in innogy’s purchase-to-pay process, freeing up time and skills. “We do a lot of self-billing where possible, but found out that we still receive a lot of invoices which aren’t up to standard for us to process. Tradeshift is an effective, fast-growing tool, which helps us to automate complex paper invoices. The software automatically reads all invoices and reduces transactional work significantly.”

Automation has been crucial in removing transactional work over the years, says Piepel, especially if the procurement department is to lead by example. “You cannot add a couple of hundred people to procurement and add this to costs. You have to transform to ensure all costs are under control – automation transforms transactional work into space for strategic work,” comments Piepel.

Innogy’s transformation looks set to continue, with the company showing an ongoing commitment to maintaining partnerships, automation and digitisation. “We have two main strategic directions: digitisation of procurement and digitisation of the business,” Piepel outlines. “In procurement, we are investing in evolving tools such as data transparency with artificial intelligence and will also implement a highly strategic digitised source to contract software solution. With these tools we will support our buyers through decision making, and to make the process faster and more transparent. In a global market, it’s tough for buyers to see what’s happening in Israel or China for example, so they must be supported by digital tools with AI elements.”

It is also very important to ensure buyers understand the digitisation of the business itself – and indeed, the renewable energy industry. “Our buyers need to understand the needs, developments and innovations of the market,” says Piepel. “They have to challenge the business sometimes, or support it with these kinds of tools and digitised, disruptive solutions.”

We can expect to see constant improvement across innogy, led by a strategic procurement department. “We want to learn from other organisations and develop an even greater network of buyers. We must continue to push digitisation, even if there is some resistance – we must make people understand it’s not threatening their job, just changing and maybe even supporting it. Mainly, we are looking at all the latest trends and getting the best people on board.” 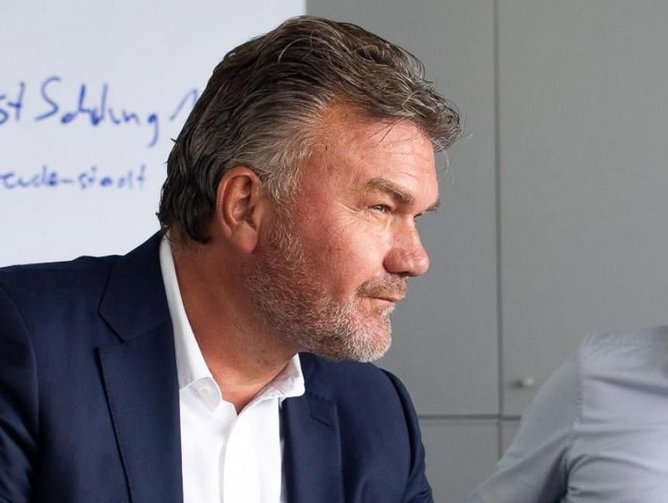 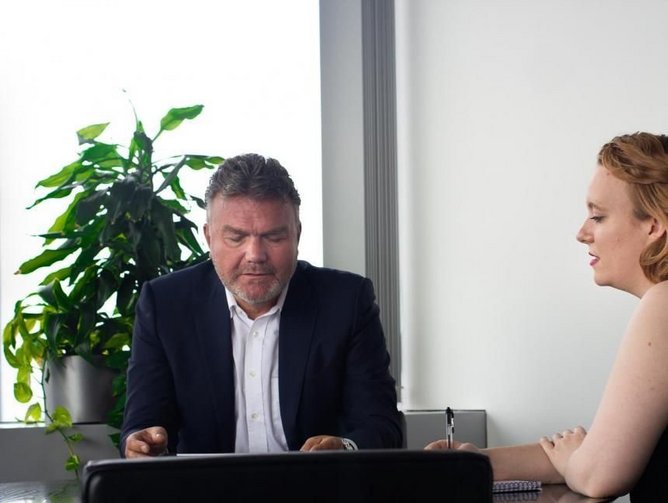 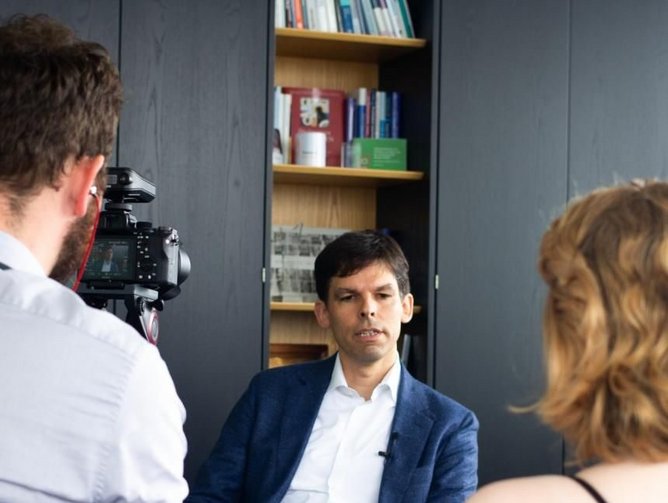 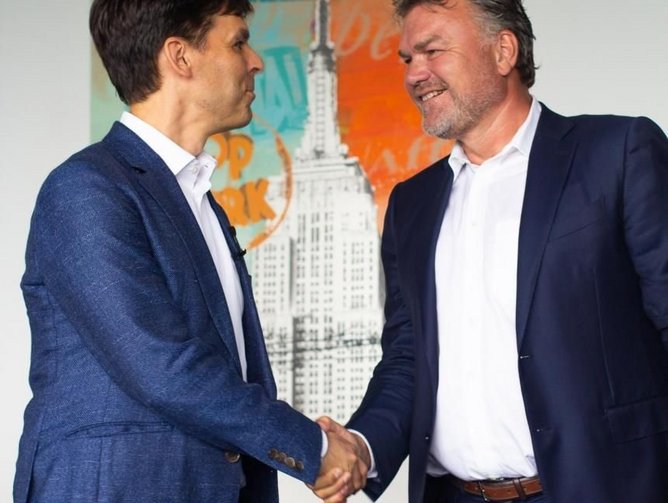 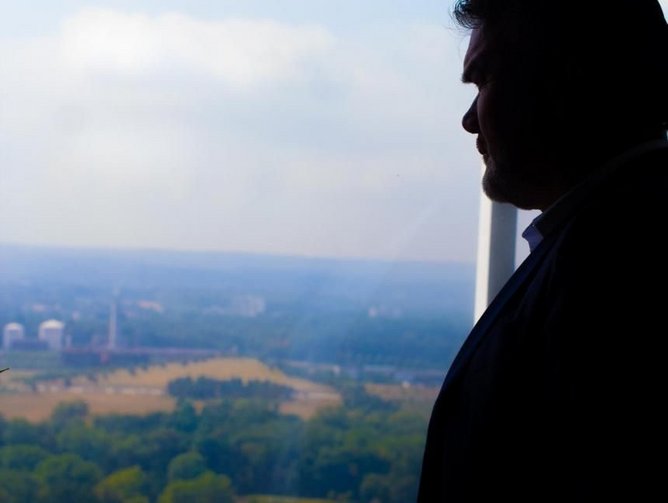 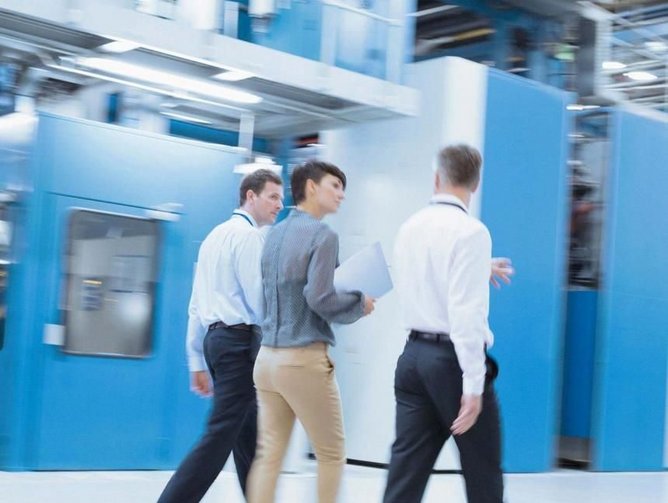 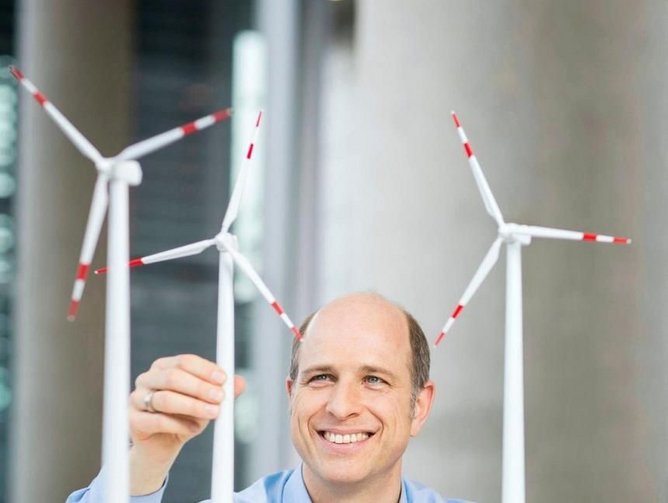 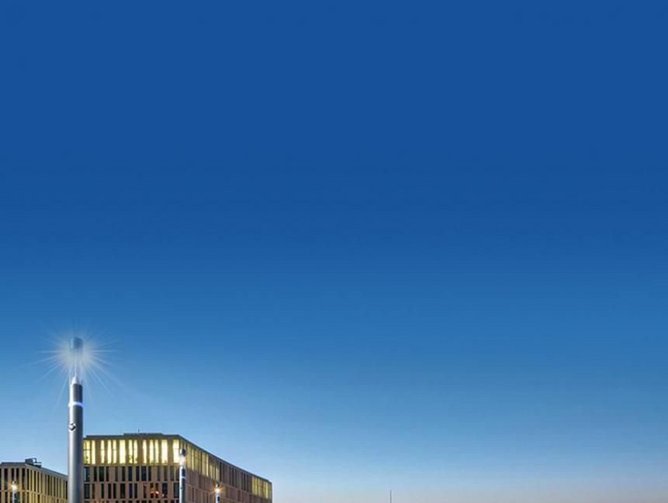