With a modern digital strategy and a well-known legacy, Orange Egypt is truly disrupting the telecom market

Home to one of the largest telecom markets in Africa, Egypt is a country that is brimming with potential.

As of last year, the North African nation had almost 29mn smartphone users according to Newzoo’s Global Mobile Market Report, with smartphone penetration reaching around 30.4%.

Now, with even more devices at the country’s fingertips, telecom operator Orange Egypt is shaking-up the sector.

The subsidiary of French telecoms group Orange launched its 4G service last year under the slogan “4G for everyone”, investing around EGP£8.6bn (US$487mn) in the 4G license.

Hisham Siblini, the company’s Chief Technology and Information Officer, says that the company’s competitive pricing and digital experience means that the technology lives up to this slogan and is suitable for all of the nation’s needs.

“I believe there are multiple factors that make Orange Egypt successful like the network’s perception, the products and services we offer, as well as our customer service,” he adds. “But I believe the most important factor is how we make our customers loyal to Orange. There’s no magic formula but the service we provide and the consistency of this service is really a key differentiator.”

For any mobile operator, voice connection and data connection are the core products to be sold, which makes Siblini’s role an integral one.

“The network’s quality, and the products and services we offer are what’s important to our customers,” Siblini says.

An ambitious digitisation strategy is helping Orange Egypt deliver the best customer experience in the country.

Yet it’s important to note that technology is not just playing a technical role at Orange Egypt, it’s also actively revolutionising the way the firm communicates with its customers, elevating the consumer experience
to new heights.

“The customer journey across all our touchpoints is key,” Siblini says. “At Orange Egypt, we have developed a very powerful customer experience management (CEM) tool which is vital as it allows us to monitor the user experience from all the touchpoints. It’s definitely a key differentiator from our competitors.”

This month marks the company’s 20th anniversary and whilst it has set
a strong precedent in the telecom market, Siblini is more excited about the innovations and technologies that lie ahead.

As customers’ practices and needs evolve and grow, Orange Egypt’s strategy has remained a simple one: to be “always in touch to connect what’s essential in your life”.

With this in mind, the telecom giant is working diligently to make its network digital from end-to-end. In doing so, it has created a streamlined connected service, that’s well-equipped for today’s digital era.

“When you look at younger generations they don’t want to go to
a shop, they want to have a peer-to-peer chat online to address their requests,” Siblini notes. “Today, I believe this is an important trend that we need to explore.”

It’s a transformation which Siblini says will have a huge impact on the way the company’s operates.

“Whatever we do we always think about the future,” he says. “The virtualisation of the network is actually important for many reasons. It’s going to have a direct impact on our costs both from a capex and opex perspective and it will also help us see a massive improvement in terms of our time to market for introducing new products and services in addition to improving the network quality and perception. On the other hand, the introduction of software-defined networking (SDN) and network function virtualisation (NFV) technologies is also a good step towards preparing the network for 5G technology.”

5G is set to be a game-changer for industries across the globe. It will be faster, more stable, more versatile and in some cases, could even replace home wi-fi networks. What’s more, it will also play a critical role in how the internet of things (IoT) is applied to industries such as the automotive sector.

Like most telecom operators today, Orange Egypt has its eyes set on this new innovation. With every digital tool needing to be future-proof, Siblini says that collaboration is important when preparing for this shift.

“We are working with leading technology companies and the government to help them enable big projects such as smart cities and
IoT because this offers invaluable experience,” he says.

With around 35mn customers under its wing, Orange Egypt has tirelessly earned its stripes as the fastest network in Egypt and as the country’s second-largest operator.

Along this journey, Orange Egypt has had to overcome a series of hurdles, especially when rolling out its highly-anticipated 4G network.

“One of the biggest challenges we faced was rolling out the network in
a fast and efficient way,” Siblini says. “We focused our attention on key areas and rolled out the technology where there is high-traffic and more customers. Using our customer experience management platform
has been extremely important for instigating this.

In today’s economy, cost efficiency is a key priority for any firm. At Orange Egypt, Siblini has used the country’s difficult economic climate as a catalyst to launch a pioneering cost transfor-mation programme.

“There’s been a big shakeup at the company,” he observes. “One of the biggest challenges facing the firm has been the devaluation of the Egyptian pound, the rate of inflation and rising utility and fuel costs.

“In this context, controlling our costs has become a key concern and that’s why we’ve launched a transformation programme that aims to change the way we operate by using energy manage-ment, for instance. It is a very active programme which is driving efficiency across the company.”

Launched in 2008, the service is now present in 17 countries in the Middle East and Africa under the Orange Money name.

According to the Central Bank, only 32% of Egyptians have bank accounts, and so Orange Money offers a simplified, secure way to transfer money in the region.

“Egypt is a very large country so this service allows someone who works in Cairo to transfer money to their family, for instance, in a very convenient way,” says Siblini. “It’s a flexible platform and so technology definitely plays a key role in the service.

“The difficulty of developing Orange Egypt comes from a regulatory perspective. We are trying to explore the idea of utility payments, for example, but we need the regulations to evolve and allow us to do more.”

Headquartered in Cairo, Orange Egypt has emerged as a leading telecom provider in a country which is ripe for development.

Over the past two years, the Egyptian subsidiary has rolled-out its long-awaited 4G network which Siblini says wouldn’t be possible without two fundamental assets.

“I think at Orange we have two major assets: the quality of our people and the Orange brand,” he says. “The quality of education in Egypt is incredible and there are a huge number of qualified Egyptians who live abroad, who have strong experience in the Telco domain who we are able to attract to come back and work in a professional environment.

“On the other side, we’re also a part of the Orange family. The group operates in Europe, Africa and the Middle East and because of this, consumers trust the brand, we attract the best talent and expertise and we have a rich experience in the sector.” 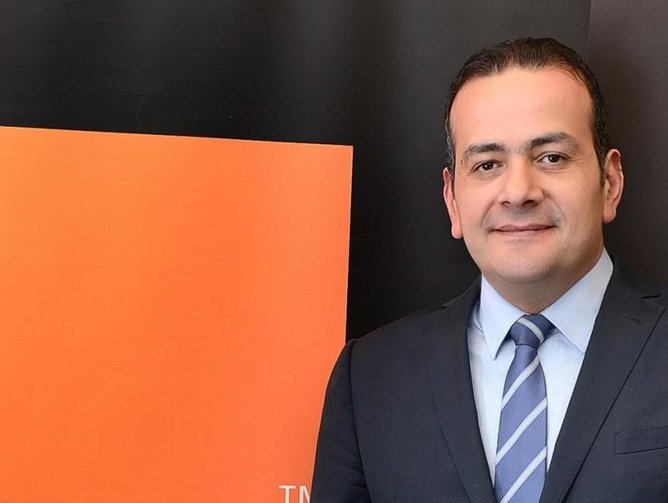