Visitors to National Trust properties are invariably charmed. From arrival to departure members and non-members alike are supported by staff and volunteers who are there because they love their heritage. Car parking, access, help for the disabled and children are all managed with dedication, and once inside the property, the Trust’s room guides demonstrate and share their profound knowledge.

There are a million reasons to love the National Trust, and one of them is that its need to make money to plough back into saving endangered houses and landscapes, and maintaining those it already has, is never in your face. However the Trust is a business and needs to work properly. When in 2010 Sarah Flannigan was brought in to transform the National Trust’s IT strategy, a lot of things were wrong. From the visitors’ point of view, this might be seen in membership cards not getting issued, or taking ages to arrive, difficulties in joining, and the inability of reception staff to check online when a member turned up without their card for any reason.

There were three main areas that needed immediate attention. The first was a CRM system that was causing problems at the point of sale, the second the ‘cuppa tea’ syndrome that pervaded more than 400 locations (average logon times were in the region of 45 minutes), and the third a culture of suspicion within the business, and little confidence in the ability of the IT department to deliver change.

Right at the beginning, she says, the need for a thoroughgoing IT transformation was apparent in an organisation working its way around a babel of outdated legacy platforms, and the vision of the Systems Simplification Programme (SSP) started to form. However nothing on the scale she envisaged could be started till the underlying problems had been tackled. Her first three years in office were spent doing this. “We spent a lot of time fixing the CRM and membership servicing problems,” she says. “What I found when I joined was that we had a big problem around how we were servicing our membership. At the time we had 3.5 million members (now it’s 4.5 million). Our members are our lifeblood.”

Then she moved on to essential infrastructure. The properties are largely rural, and few were served by high speed broadband, let along fibre-optic. “We invested £15 million putting in place upgraded infrastructure to our properties. Where BT could install fibre at a sensible cost we paid them to do that. Where that was impossible or too expensive we turned to microwave or satellite solutions or put in network optimisers to make things work more quickly.” This, together with computers upgraded to Windows 7 and weeding out apps that had accrued but were slowing the system, has created an effective network across the Trust, though this was a painstaking process – each property had to be treated as a separate case.

At the same time as addressing these nuts and bolts projects, Sarah Flannigan knew she had to establish a new relationship between the IT department, and the rest of the organisation.

One of the most hard-won successes to date has been establishing the credibility of the IT department. That took some inventive thinking.  She insists that every member of her team puts in at least five days each year doing work experience at a property. “They can choose the where, when and what they want to do but they are not allowed to work for me unless they do this property work experience and embrace all that the Trust stands for !” This goes down well with the IT people, who come back with knowledge and respect for the people who conserve and manage Trust properties or work in the shops and cafés. Each person is accompanied by a minder – the IT Teddy (‘IT Loves special Places’) - and comes back with a location photo, but above all re-energised and with new ideas. “It is a spiritual refreshment,” she says.

Having restructured the team itself, she looked for ways to convince the management about what IT can do for them. At the time they’d struggle to access information on which to base decision making. They were used to waiting six weeks to look at critical KPIs like visitor numbers, energy use, staff and visitor satisfaction scores, and to compare performance between properties was laborious. “We created what we call the MI Dashboard, a tool designed at the time by property managers for property managers. Now, in one place, they are able to see all of their property management information; not just day to day visitor numbers and takings but also their non-financial information, which is crucial to how we run the Trust.”

A small number of ‘hero’ projects like this helped create confidence that a larger structural upgrade was deliverable. In a strategy paper Sarah set out a roadmap for transformation, promising that in three years the landscape would be different – with IT a trusted resource, basic problems fixed and the way open to choose whether to invest further in IT or simply use the funds for conservation. The foundations had been laid for the introduction of SSP. “Different parts of the business have legitimate requirements and the role of the CIO is to spot where they join up,” she explains. “For example the marketing teams were very keen to find out exactly who all our different customers were. Members, people who book holiday cottages, buy from our online shop, who visit but are not members and so on: these might or might not be the same people. They wanted to find opportunities to communicate with them in a much more relevant and personalised way.”

Connected with this requirement was the fact that the Trust’s tills are little more than cash registers, with no connection to any central finance system. “Literally, we record our visitor numbers and the takings in our shops and cafés with pen and paper. The data is therefore not reliable. It takes forever and so does cashing up at the end of the day. If you really want to understand your customer and build their loyalty you need a till system that will record that visit properly; then you can understand the visitor and communicate with them more clearly.” To be able to integrate sales Omnico was selected as the Trust’s Epos (electronic point of sale) partner.

Staff at the properties wanted to be more efficient; marketers wanted to offer more personalised communications. An integrated till device at each property is the answer to both problems. A joined up till system is being rolled out this year. It will be backed up by a new finance system from Unit 4, to replace ageing systems and multiple manual interfaces. This whole suite of new integrated systems is hosted by managed services partner, Attenda.

Five distinct programmes go to make up the SSP. “The integration between them is where you really get the business value,” says Flannigan. The Amazon Redshift data warehouse holding 13 million records, drawn from every available source and cleaned and integrated, is already in place, with analytics from Tableau and Adobe Campaign that enable property managers to understand the visitor patterns behind the numbers. “For example Knightshayes in Devon runs a summer festival every year that attracted about 500 people. They wanted to increase those numbers but weren’t sure how best to do that. They used the data warehouse and the marketing analytics tool to understand their local market, and which members and non-members were visiting. They used this to target three specific postcodes, placed bus stop adverts in them, and saw three times as many people at this year’s festival than ever before!”

That very positive result is mirrored by a very recent IT success, triggered by the shocking fire that destroyed the 18th century Clandon Park in Surrey. As the careful salvage process got underway the Trust’s supporters were asking how they could help. “Before the SSP we would have no way of directly communicating with those people,” says Sarah, “but now we could very quickly create an e-mail campaign, contacting supporters within a very targeted set of parameters.” The donations and expressions of support flowed through the door and a response that would previously have taken six weeks to put together was accomplished within an hour.

Implementing a bunch of platforms simultaneously may seem crazy, she admits, but to gain value from one part you need the others. “We have a clearly integrated programme that is managing that complexity and it is spitting out an enormous amount of value as a result.

The Trust is over half way through a transformation process that will end around the end of 2016. Sarah Flannigan has been getting the organisation to be change ready as part of the SSP, overcoming resistance and reassuring everyone. “We are putting standardised processes in place, which may not be popular but are right for the Trust.” To encourage buy-in she ran a series of regional roadshows, presented the programme, gave out art materials and asked them to draw it. After a bit of head scratching people started to depict their vision of their world today and how they think the SSP will change it. Dinosaurs, penny-farthings and quills featured, then some storm clouds followed by feel-good images like champagne corks and rainbows. “We pulled it all together into a montage which tells the story from the staff’s own perspective. It communicated the change process in a better way than the usual e-mail saying what is going to happen.”

To keep up the momentum, regional champions represent the programmes. “In every communication I try to be completely honest about what is going well and what is going less well,” insists Sarah. “You don’t enter a major transformation programme without something going wrong along the way, so we need to be honest about where it has gone wrong and why, and learn from that. That has been a really important part of how we have built confidence among staff.”

Glitches have been relatively minor. She had hoped to have the new website up and running before this summer season: now it will go live in the autumn. But it will make a big difference to users, 53 percent of whom now access it on a mobile device. The new website will be optimised for mobile, and make it a lot easier to join the National Trust. It will help draw in funding, improve access and make the most of the Trust’s remarkable image bank. In the end, the charm and humanity of the National Trust won’t be jeopardised by IT, and its increased efficiency and revenues will serve its core purpose to protect historic places and green spaces, opening them up for ever, for everyone. 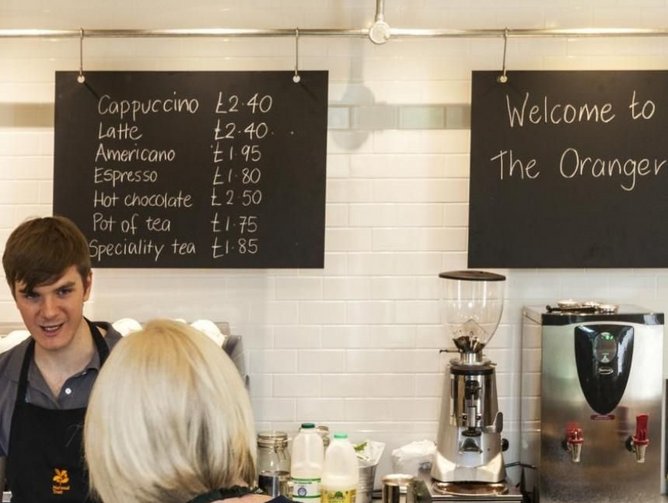 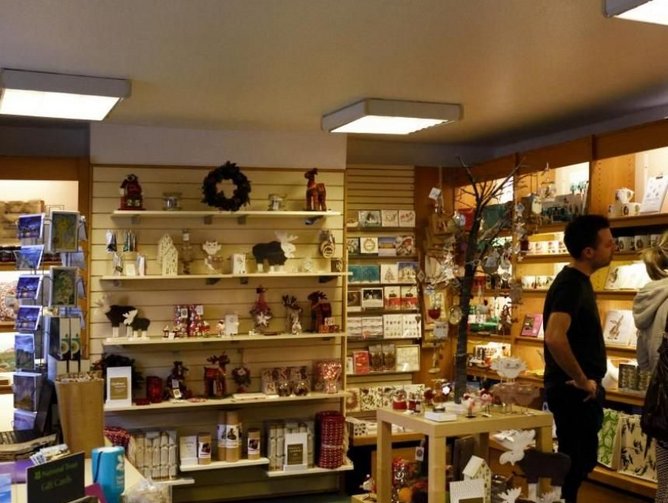 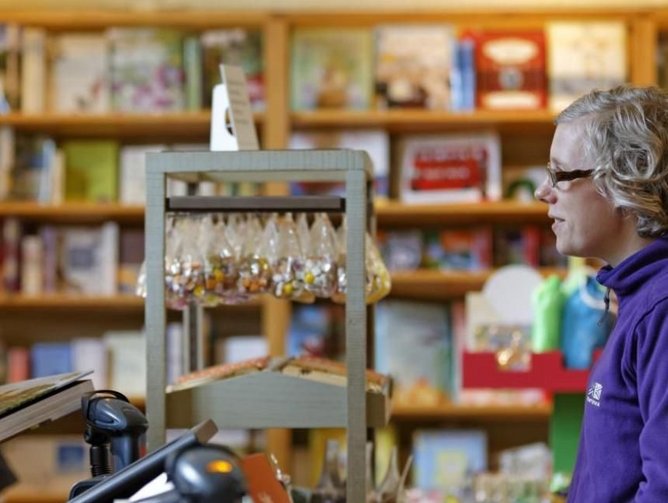 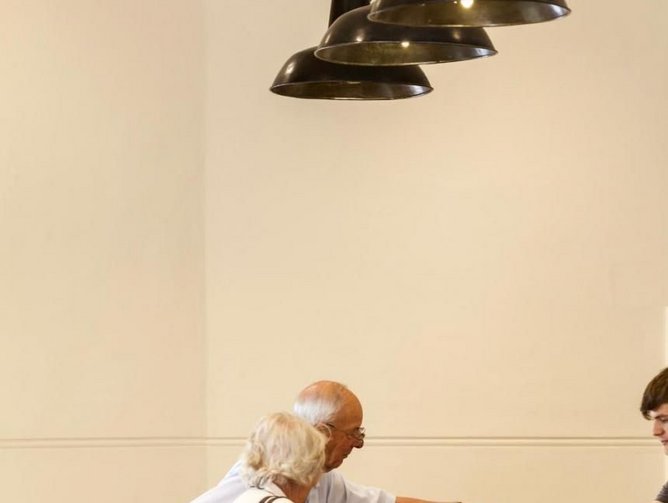 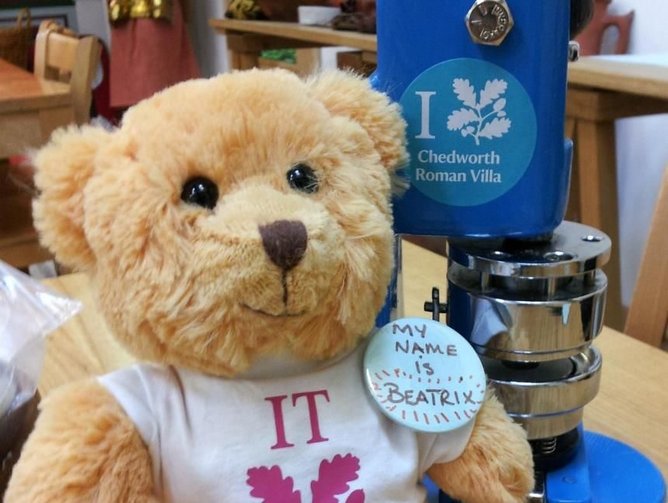 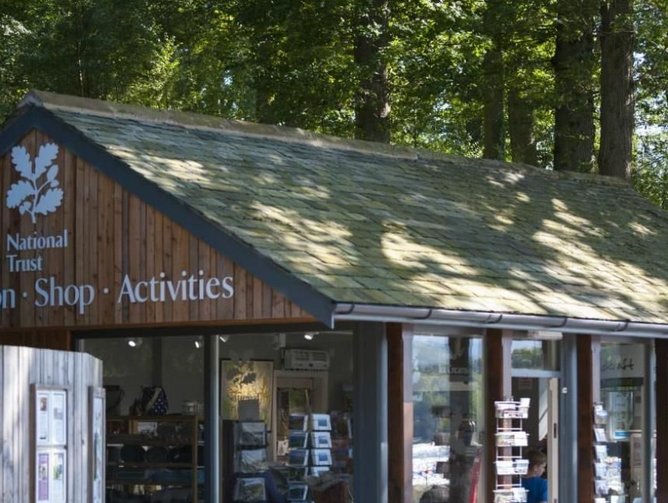 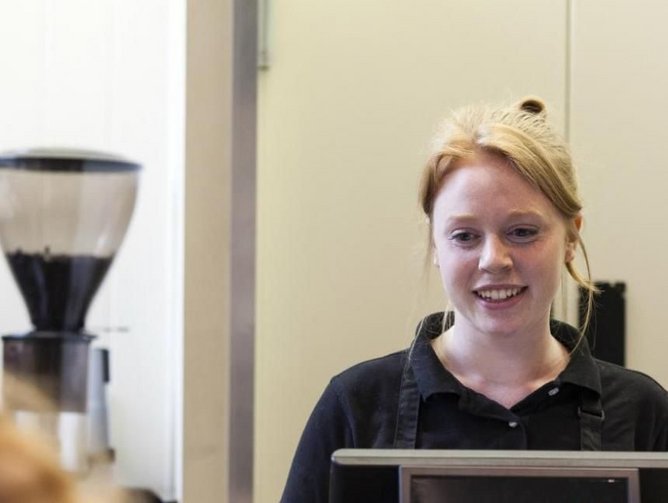 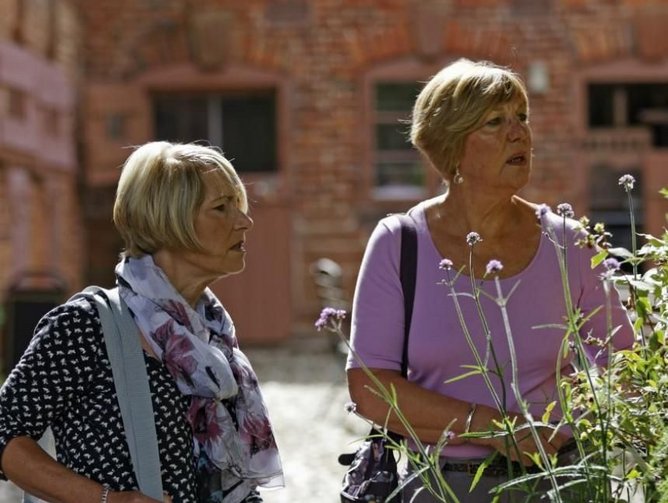 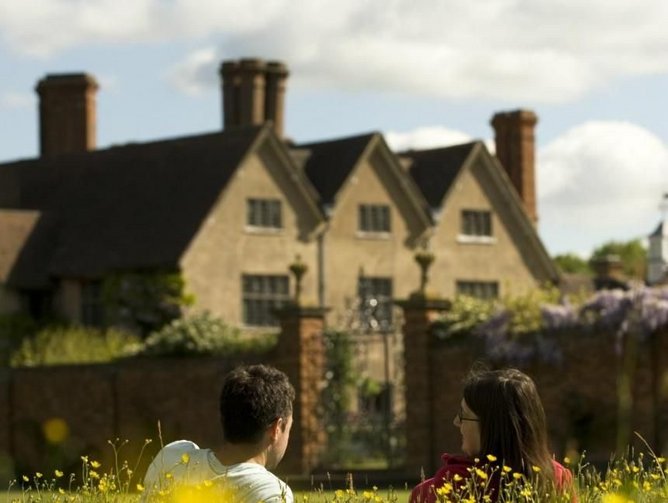 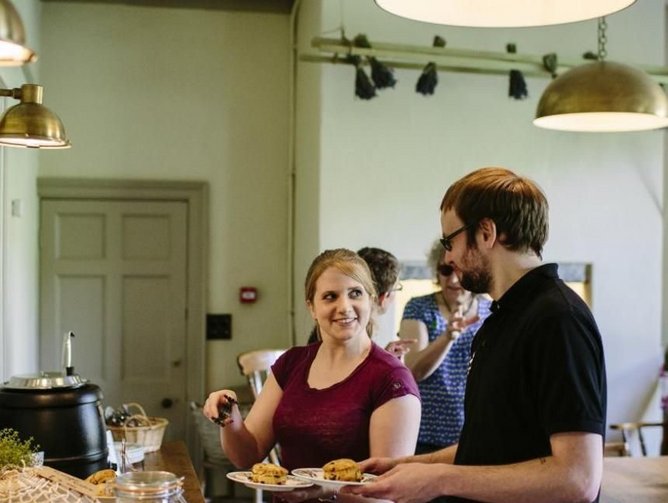 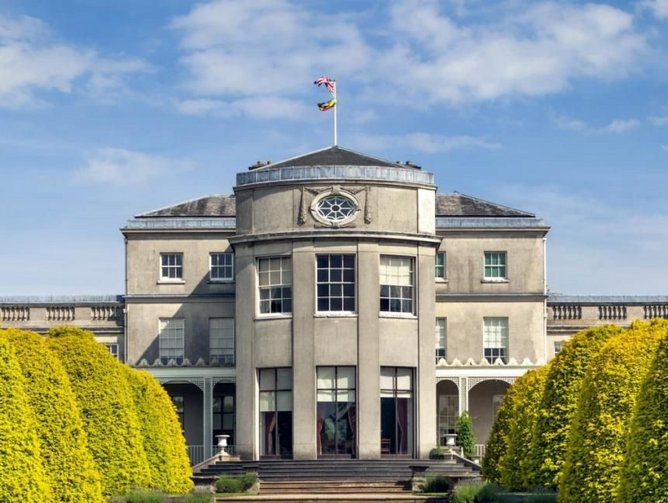