What is clear from speaking to ThoughtWorks’ CIO David Whalley is that the software and consultancy company was pioneering everything that is now standard practice years before such operational trends became fashionable and commonplace. Having individuals who literally ‘wrote the book’ work for the company is a testament to the culture it embodies and representative of its ability to be the first in delivering fresh thinking using the latest technology.

ThoughtWorks provides software delivery, pioneering tools  across 12 countries hailing from a variety of professional sectors including education, e-business, retail, healthcare, media, global development, along with government institutions. Examples of its innovations include assistance in building an interactive education program, creating a product management system, and developing the back-end mobile system for a major retailer.

ThoughtWorks’ offerings are structured to assist clients with a variety of different needs, every step of the way. The company has the capacity to experiment, design, and deliver – whether just in the office or across the globe. Its understanding of how technology enables businesses to compete more effectively is at the heart of its thinking, covering everything from making existing systems perform optimally to complete re-design.

Innovation is an idea that is often bandied around business circles without any consideration given to its implications or even its meaning; ThoughtWorks has fearlessly swept aside this ambiguity with its own interpretation – nothing less than revolutionising software design, creation, and delivery while maintaining a strong commitment to using its scope to bring about positive social change.

Whalley explains that this approach has not only entrenched its founding vision of consistent, radical change but has empowered the company to share this approach with the rest of the industry, he says: “We are responsible for solving the industry’s hardest IT problems; we want to change the way people think about and do their IT. We are one of the pioneers of agile, continuous delivery, as well as lean enterprise development.

“We were driving things like agile and continuous delivery which are now mainstream and are continuing to think about how we build and run IT; we are constantly reinventing ourselves internally to achieve this. Our clients come to us because we can fix their hardest problems. My aim, as CIO, is to be able to point to our internal IT and say we are an exemplar of how to do this.”

One of the major facets of thinking that underpins ThoughtWorks’ ideology is its desire to remove as many boundaries as possible which is extended by its promotion of openness across all of its operations. An interesting manifestation of this has been the way in which it has approached the ongoing design and deployment of its new security model.

Whalley explains: “Clearly, everybody's focussed on security so I don't think we're different to anyone else in that respect but we are thinking about the security perimeter in a different way. The traditional way is to focus on firewalls and building controls around an enterprise to stop people getting in. We have actually reached the stage where we are moving our remaining software to the cloud. So we can rethink our security model.

“We have 35 live offices and they're spreading, literally, to pretty much every part of the world. We have people spanning from Ecuador, Brazil, London, and Singapore. We have to have a very flexible model of supporting how our people work.

“What we're doing is thinking about the perimeter that we're trying to secure and think about the trust levels that we enable. how people access our systems. The level of security will depend on who you are, where you are and what you're doing.”

“If the device you’re working on is provided by the company then we're confident that it's encrypted and we'll trust that device. If you're in a ‘strange or new location’, then we're going to be more suspicious and may ask you to authenticate through a more rigorous process. I think it is different than what 95 percent of companies are currently doing because they are reinforcing the boundaries and enclosing things. That won’t work in ThoughtWorks where we need to provide our consultants with the flexibility to help our clients in whatever location they are while still protecting sensitive data.

“It gives me as the CIO much more flexibility because once we've got that model, it's much easier to maintain than having to think about firewalls and physical security in lots and lots of offices with people travelling around the world.”

“We are also embracing ‘Shadow IT’. Rather than control IT systems we actively encourage our employees to build and market their own applications that can, using the same security models, access our data. This will allow us to focus our internal IT on real core functionality and utilise the talent we have in the organisation to extend that core. Early days, but the results are so far encouraging.”

Whalley also explains how the company is a strong believer in the power of software and technology for social change. That ethos is embedded into the organisation and touches and influences everything we do. University graduates, for example, are sent to India to attend a six-week orientation course, now known as ThoughtWorks University; alongside learning important skills, the newcomers also get their first taste of the company’s innovative culture and understand that its social mission is not a Corporate Social Responsibility add-on, but something integral to who it is and how it operates.

Although having led in its field for so long, ThoughtWorks is certainly not about to become complacent, which is why the company is pioneering IT innovation internally, as well as with its clients. Its mission to break down existing boundaries instead of erecting new ones resonates far beyond its industry and is a model for all companies to aspire to. 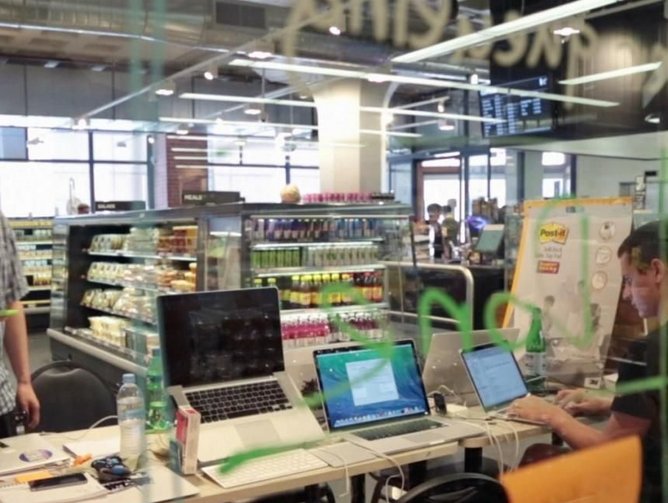 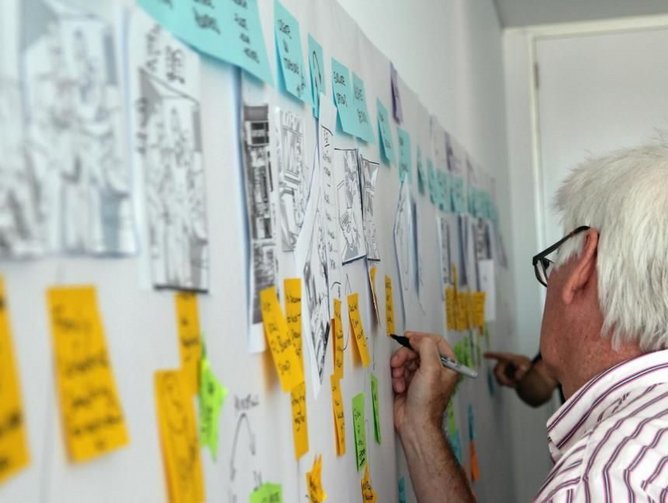 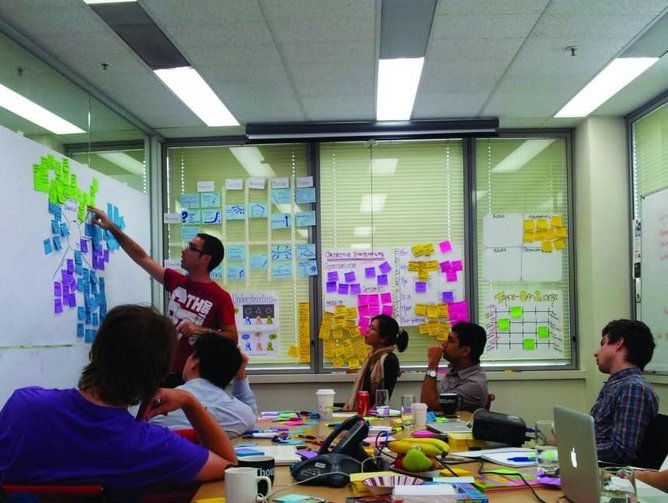 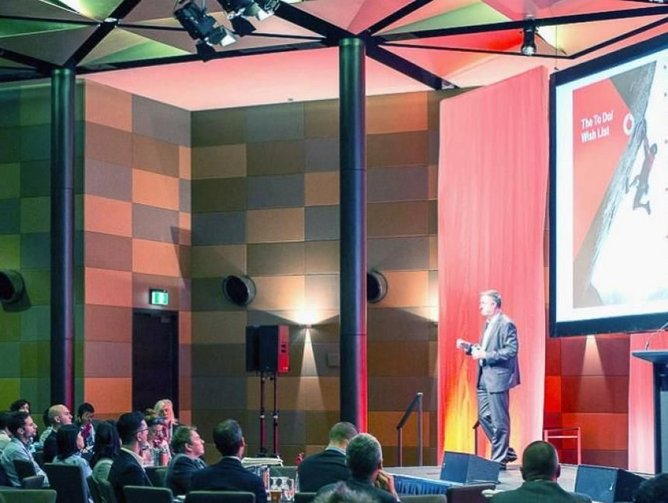 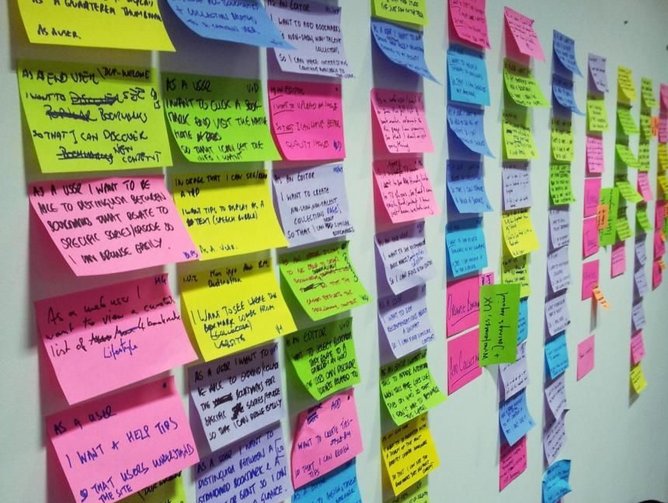 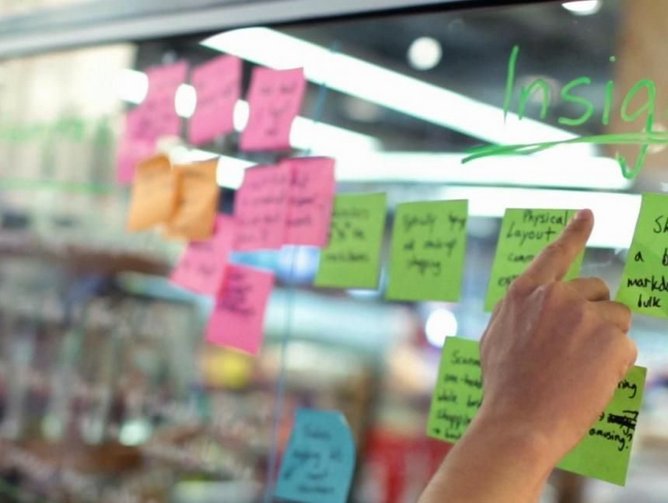