The key to success as a corporate citizen in Senegal, Teranga Gold Corporation believes, is earning the right to operate in any region the company conducts business.

For any mining company, the importance of corporate social responsibility (CSR) and the duty to be a good corporate citizen are things that simply cannot be ignored. The very success of a mining operation is often only achieved through a commitment to CSR and creating a lasting legacy for the community in which they operate.

For Teranga, CSR is inherent to the very core of the Company’s mission statement and is embodied in its name. The word “Teranga” translates into hospitality and friendliness in Wolof, the local language of Senegal, West Africa.

The Canadian-based gold mining company owns and operates Sabodala, the only commercial gold mine and mill in Senegal.

Sabodala is a +200,000-ounce gold operation with a 13.5-year mine life and a reserve base of 2.6 million ounces.  The Company’s long term goal is to expand its operations in not only Senegal but in other countries in French West Africa and become a mid-tier gold producer.

Owning and operating the only large-scale gold mine in the country, the Chief Executive Officer of Teranga, Richard Young, knows all too well the responsibility resting on the Company’s shoulders when it comes to setting a solid example of corporate citizenship.

Stated Mr. Young: “When you’re first in the country, it is your responsibility to provide opportunities to the local and regional communities and to provide proper training.  Not only are we training people to run our own operation, we are training Senegalese people to develop skill sets that could help power the country’s economy well after the mine is gone.”

Teranga is setting the CSR bar at a high level, hoping that it will set the benchmark for other mining companies that establish operations in Senegal.

“First and foremost, we strive to mitigate our impact on the environment and the communities, ensuring that our activities do not create any loss,” stated Mr. Young.

“Our next priority is to share the benefits of mining to create long term sustainable growth where we operate.  On top of this we are focused on adhering to good governance practices and promoting our employees and their culture.”

Health and safety for instance is a prime example.  The Company has achieved almost three years without a lost time incident at Sabodala.

“We provide our workforce with quality jobs and extensive training in an environment that promotes and awards health and safety,” said Mr. Young. “Currently, our employees  have worked more than 11 million hours without a lost time incident.  There are few companies in the global mining sector that can make this claim.”

At Sabodala, the Company employs more than 1,200 people.  Approximately 90 percent are Senegalese with more than half coming from the local communities surrounding the mine. Its strong workforce is a commitment to employee development.

Teranga’s ultimate goal is to nationalise its workforce and reduce the number of expats over time by moving its Senegalese employees into senior roles.

This development of employees not only better serves the Company, but Senegal as a whole.

Teranga prides itself on its commitment to the local community through initiatives that came out of its 2014 Regional Development Strategy, which was created after 18 months of consultations with all stakeholders. The strategy sets the vision for the Company’s long term development of the near-mine region and defines the priorities of its CSR programs.

The Company has received several awards in recognition of its CSR efforts, including most recently the United Nations Global Compact Network Canada Sustainability Award and the Prospectors & Developers Association of Canada Environmental & Social Responsibility Award.

“Doing well by all of our stakeholders has been our mantra since day one and the initiatives undertaken ensure that the local and regional communities in the country are truly benefiting from Teranga’s CSR program,” stated Mr. Young.

Some of these initiatives include the creation of community market gardens, livestock health programs, and the improvement of agricultural farming techniques in support of agriculture and food security, school support through bursary programs, donations of supplies and the construction of school infrastructures in support of youth education and training, as well as programs that empower local procurement and help develop small and medium businesses in support of sustainable economic growth.

Through its commitment to CSR, the Company is working to leave a positive and lasting legacy for Senegal.

Growing in an Ex-Growth Sector

As a gold producer, commodity cycles and the challenges they present are a way of life. Across the entire industry, despite major exploration investment over the last decade, discoveries have been minimal.  The vast majority of deposits discovered are less than 4 million ounces or less.  Globally, this has resulted in declining grades which in turn results in lower global gold production. Lower grades mean a lower threshold of error. This has led to a shift in focus in the industry towards continuous improvement, capital discipline and maintaining and lowering production costs.

“We do not control the price of gold so we focus on the things within our purview, such as achieving productivity and efficiency improvements,” said Mr. Young. “We are very conscientious of how we spend each and every dollar.”

While the global gold sector paints a picture of ex-growth, there are a handful of growing regions, including West Africa, that many believe are just beginning to make their mark on the industry. Mr. Young views West Africa as a literal gold mine of opportunity.  Most gold regions in the world are witnessing falling production. However, gold production in Africa continues to grow.  In 2015, the continent of Africa was the second largest producer of gold and half of this production was derived from West Africa.

With its continuing success in Senegal, Teranga has set its sights on expanding and becoming a mid-tier gold producer with operations across greater West Africa. In October, the Company acquired Gryphon Minerals, which included the Banfora gold project and two prospective exploration properties in Burkina Faso, West Africa.

Mr. Young believes that Teranga can leverage its strong core team in Senegal and take the lessons learned from Sabodala to develop another world-class gold operation at  Banfora.

“Maintaining our strong social licence is essential for growth and success in Senegal and as we expand our footprint into other jurisdictions in greater West Africa,” stated Mr. Young.

With considerable drilling completed at Banfora in the second half of 2016, a feasibility study for the project is currently underway and is expected to be completed mid-2017.

“We continue to explore in and around our current mine sites and large prospective land packages in Senegal and Burkina Faso.  As well, in Cote d‘lvoire, we hold four joint venture exploration permits.  We have a lot on our plate as we pursue our goal of becoming a mid-tier gold producer,” said Mr. Young.

Following many years of working together at Barrick Gold and then Gabriel Resources, Mr. Young and Chairman Alan R. Hill wanted to pursue their shared vision of developing a gold company that could bring significant value to shareholders.

Both Mr. Young and Hill have seen incredible successes with Teranga Gold and Sabodala. Mr. Young admits that, as with many business ventures, it is a process made possible through the power of partnerships.

“There is no question that we have a number of partners who have contributed to our success,” said Mr. Young. “It is not something we can do on our own. Without the help of federal, local and regional partners, the Company simply wouldn’t be as successful as it has been.”

In fact, 80 percent of goods and services purchased by Teranga are done so through local channels. This includes fuel supplies and a number of consumables and stretches as far as technical issues such as maintenance and repair.

Most recently, the Company has completed a mill optimisation project at Sabodala using all Senegalese suppliers. The project was commissioned a quarter ahead of schedule and well under budget.

In everything Teranga does, promoting and growing the Senegalese economy and being a responsible miner sits right at the heart of it all.

Mr. Young concluded, “Enriching lives and growing communities and economies will continue to be a driving force for Teranga. As a large and crucial contributor to local, regional and national economies, the mining industry is doing incredible CSR work.” 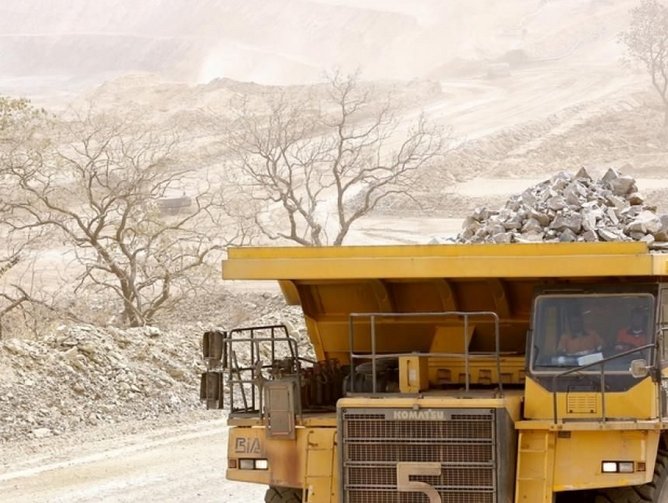 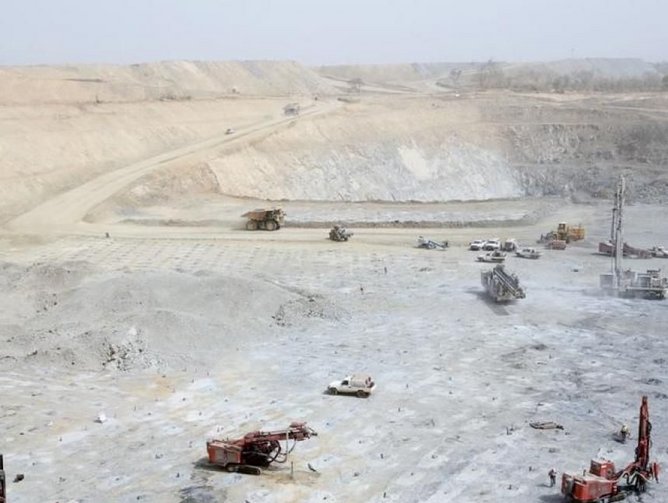 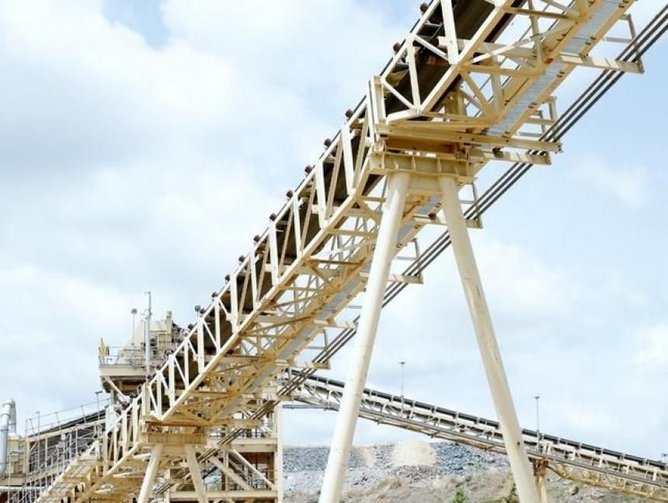 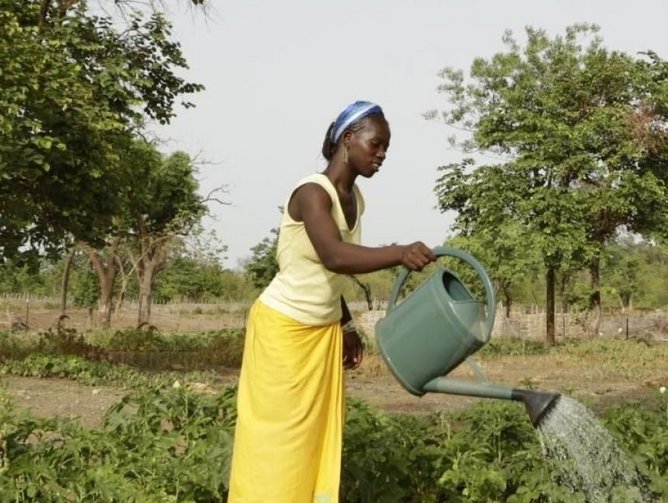 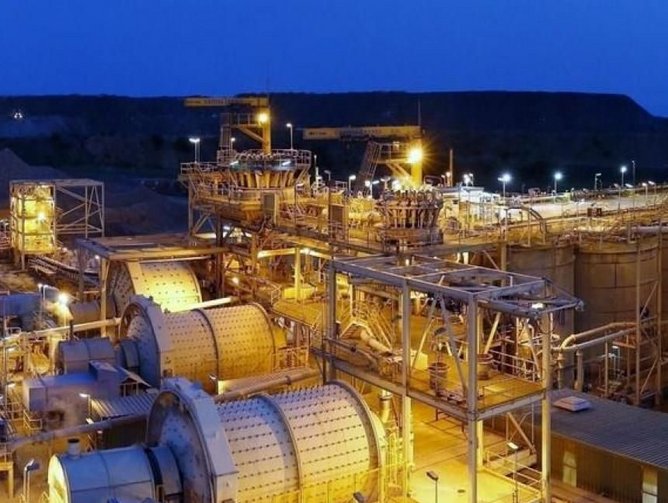