As one of the largest utility companies in the UK, serving more than 15million customers on a daily basis, Thames Water has a clear responsibility to provide essential services that are of the highest quality, and it can successfully do so through a strong and reliable supplier network.

However, managing a network of suppliers and contractors that encompasses around 12,000 people working directly for the organisation or as part of a third-party contract can prove difficult.

It was not so long ago that Thames Water was consistently ranked the lowest in the annual supplier satisfaction survey from British Water.  Fast forward to 2017 however, and Thames Water now ranks within the top two and has won a number of major awards, (including Construction Client of the Year and the Supply Chain Excellence Customer Service award).

The reason for the historically low rankings, as Jon Loveday, Group Commercial Director explains, was a lack of any real commercial strategy, the supplier contracts and company goals were misaligned and there was a deep rooted belief that suppliers represented lowest cost and could not provide a value proposition.

“I wasn’t brought in to develop a strategy initially, I was tasked with managing Thames Water’s existing suppliers,” he says. “Thames Water was seen as an aggressive client and difficult to deal with.  It was a contractual approach and disputes were commonplace that really didn’t leave room for developing any form of rapport or solid relationship between the organisation and the suppliers.

“It was really hurting Thames Water and all parties overheads were growing to deal with the mistrust”.

It was through Loveday’s role in managing that supplier network that he and the organisation identified an opportunity to create a transformation strategy, one that would significantly change the way in which Thames Water operated from top to bottom.

To put it simply, Loveday set out to create a standalone commercial function for Thames Water and in order to do so, the first order of businesses was to quickly settle a number of disputes between the organisation and its supplier network. This, Loveday points out, allowed the organisation to remove pain points in order to focus entirely on proper commercial management of key contracts.

One of the first transformations took place in the waste network, a contract which oversaw the crucial maintenance of all the sewers across London and the Thames Valley area.

“At the time he joined the programme had around 7,000 customer facing jobs in backlog, a significant level of distrust had built up between the contractors and the Thames Water employees meaning that not enough time was be focused on the problem at hand.  Planning and execution was disjointed and too much time was spent on checking whether jobs were valued and paid for correctly rather getting the job done expediently for customers”.

For Loveday, the task was to realign the organisation’s approach to the supply network in order to establish a more mature, integrated contract.

This initially involved much closer and open working with the suppliers, creating a culture where challenges were approached together.  Performance management and subsequent actions were carried out jointly through tough weekly sessions.  This established a sense of order and soon the operation got back to a managed level.  Since then the Thames Water and supplier teams have become co-located in a purpose built centre.  KPIs and the commercial model have been refined and aligned.

“We’ve got to a point now where we have a very mature contract and very, very mature commercial model which is the envy of the industry,” says Loveday.

It would be easy to suggest that the sole driving force behind the transformation of Thames Water’s whole approach to its supplier network is just improving the relationships and focusing on the bottom line.

Loveday, though, is keen to stress that the transformation was born out of a base level need to improve the company’s operational performance.

Thames Water, as noted previously, has more than 12,000 people working every day on its assets, including 5,000 direct staff, but with no commercial strategy in place it was clear that there was also something else missing: alignment.

“Previously there was a focus on the direct staff, despite the large numbers of contractors we had working on projects for us,” says Loveday. “We just seemed to ignore them and yet many are in customer facing roles.”

Loveday set out to and rebranded all of the customer facing roles so that everyone wore the same uniforms and drove the same vehicles.  It made commercial sense, but also from an operational and customer perspective is started to align behaviour towards customer service instead of the individual needs of companies.

Next up was alliancing, for Loveday, was very symbolic as it represented a new way of working, shared outcomes rather than traditional rate-based contracts.

“What we did from a behavioural standpoint is align people to a new vision for the organisation, a new set of values,” he says. “It was critical in getting not only the Thames Water people aligned but more importantly, getting the suppliers aligned around one vison.”

By establishing a more alliance based approach, this allows Thames Water to create more customer focused contracts that enables more effective and efficient suppliers, all whilst critically reducing the amount of overhead that was historically building up on both sides.

As a leading utility within the UK, Thames Water’s funding is regulated, and so reducing overhead spending and realising cost savings wherever possible is crucial in the continued success and transformation of the organisation.

To that end, Loveday’s commercial team has taken procurement to the next level.  Behavioural procurement techniques are now standard in much of what Thames Water do, this is because having the right people is in many ways more critical than the right price.  Thames Water rightly focus on working safely and creating an environment of innovation as well as price.

Data and analytics play an important part.  The commercial team have created a suite of leading analytics capability and tools.  These include spend analytics with circa £7bn of historic spend and £3bn of future spend profiled and commodity price tracking.  More and more of the frameworks are now procured and managed by the Thames team which its partners then use.

“We’re using this data along with some clever analytics. It’s helping us to understand our spend now and how it is likely to influence our future spend, be that on future projects or even future internal programmes,” says Loveday

Thames Water has also utilised a cutting-edge performance tool called Pulse.  Pulse provides real-time tracking of the organisation’s performance and provides Loveday with a clear picture as to what the organisation is doing in terms of spend, project time, and more importantly, where savings are being made.

“Through the use of these tools, we are tracking every day just how well we are performing and how well we could perform,” he says. “They help us achieve what we want to achieve, cost savings, signing of contracts, but also we know if we don’t sign a contract exactly how much its going to cost us. They are really powerful tools.”

All of this granular data has enabled a level of understanding of the true cost of operations that only a short period ago was hidden.  This has led to another of the major successes Loveday has overseen at Thames Water, the creation of the Logistics Management Centre, (LMC).  The LMC now manages the majority of the supply chain operations for Thames Water and a number of its partners.  With five warehouses, eight forward stock locations, stock is dynamically managed and distributed.  Where is it beneficial to do so Thames Water buy, maintain and distribute their own plant.  The function provides a 24/7 response to emergency bursts and floods across the patch.  By cleverly utilising specialist vehicle assets to their full potential the LMC have delivered significant savings to the business (circa 15-30% across all activities).

“the true cost of logistics was hidden with separate contracts, what we have discovered is that we can plan better, react quicker and run logistics vastly more efficiently by pooling resources across all the business units and supply chain.  We have plans to triple the size of this function next year”.

The transformation of Thames Water is an ongoing process. The organisation has already seen success, the very same survey in which it was failing has now ranked it within the top two utility companies in the country.

Loveday is all too aware that for any transformation of this scale, the real measure of any success, particularly one with a supplier network like that of Thames Water, is the response from those suppliers and contractors where the relationship was previously non-existent.

“We’ve had a real positive response,” he says. “We're trying to get people that are going to be compatible with our values and our goals and ways of working, and to make these alliances a success. So, it's not just the clever commercial models, it's actually taking it to a people level to try and give these things a head-start because any contract is only as good as the relationships you've got and those relationships take time to develop.”

And time it will take, but Loveday can already see a change in fortunes for Thames Water.

“There are a number of large suppliers that previously wouldn't work for Thames Water, and now they do. This is because of our historic aggressive approach that we have worked so hard to transform,” he concludes. 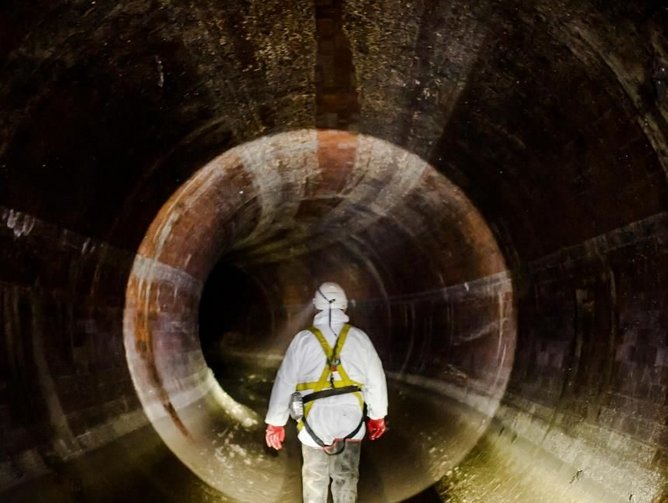 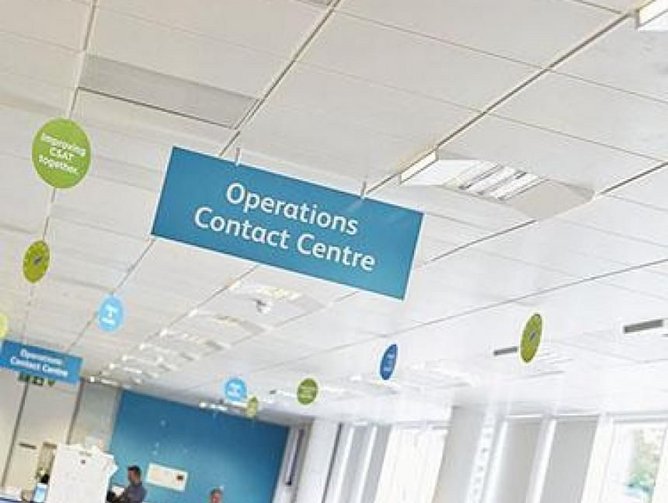 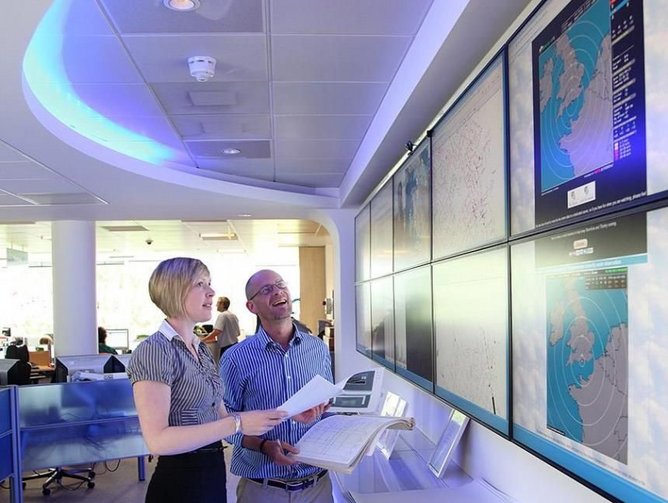 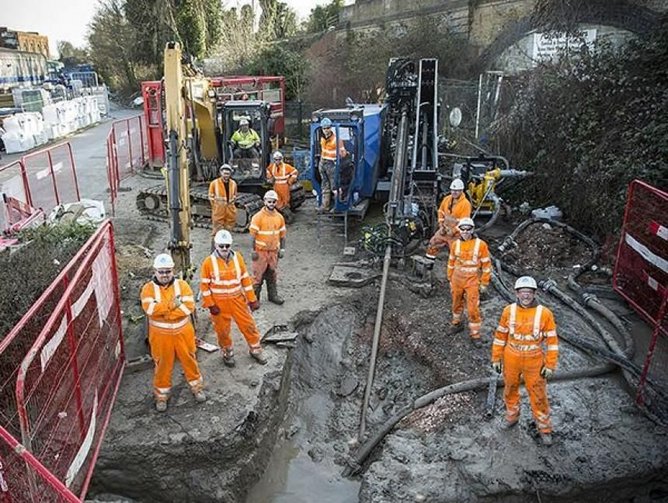 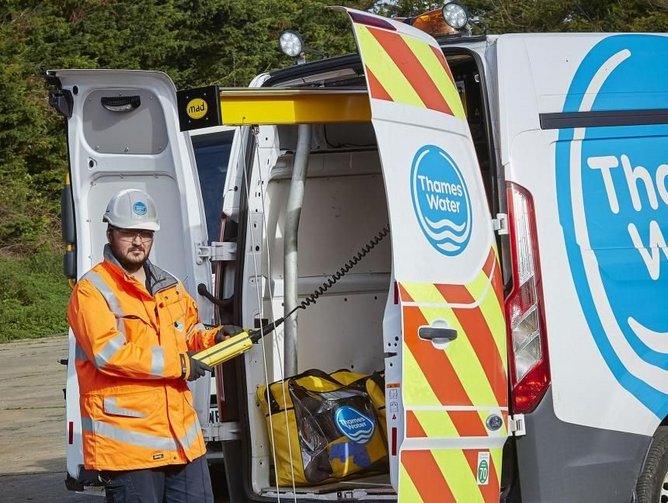