Off the back of its strong business and operational capacity, the Zulekha Group is expanding its capabilities in the UAE, as well as further afield. This expansion shows that the group’s vision to be the ‘most efficient, competent and courteous providers of comprehensive healthcare in the world’ is not only backed up by ambition, but also passionate business sense.

The Zulekha Hospitals group takes its name (as well as its spirit of determined passion) from its inspirational founder and Chairperson, Doctor Zulekha Daud, who moved from her native India and established the first Zulekha Hospital in Sharjah to the North-East of Dubai in 1992.

Daud established the Sharjah hospital as a small, 30-bed hospital with a limited amount of capabilities but the group’s facilities have expanded over the years to include a multidisciplinary hospital in Dubai, and a greatly expanded operation in Sharjah, as well as a diagnostic centre and several health centres and pharmacies.

The Zulekha Hospital in Sharjah has evolved from its relatively humble origins into an extensive, well-equipped facility and diagnostic centre with both out-patient and in-patient needs catered for. It has now 120 in-patient beds, covering an area of 240,000 square feet. Zulekha’s Hospital in Dubai was established in 2004 and has 79 beds as well as in-patient and out-patient care covering a wide range of medical and surgical disciplines.

Between its two hospital facilities, Zulekha offers a comprehensive range of hospital services  which include nephrology, obstetrics, paediatrics and a variety of supporting laboratory services. These facilities are supported by 1,700 staff, 250 of which are fully qualified doctors.

Building on its already solid foundations, Zulekha Hospital is embarking on an AED 250 million centre for advanced specialised oncology treatment expansion plan corollary to its founding vision. It is working on expanding its capacity in Dubai to provide a state-of-the-art cancer unit. The new facility will include an additional 100-bed inpatient room, ICU rooms, dialysis service and a sleep lab. This is scheduled for completion in 2017.

In a statement, Daud revealed the core principles that motivated her and all of the staff at her facilities, she said: “Zulekha Hospital is guided by our core values: honesty and integrity, planning and implementation, privilege and responsibility, quality service and continuous improvement, courtesy and compassion.”

Perhaps the best example of how these values have been embodied across the group is its dedication to a culture of gender equality across its operations; as a female-owned business this philosophy is one that is truly led from the very top.

Recognising that fostering gender equality across the company is a holistic process, management approaches it as such, using a variety of initiatives across the board. The group’s ‘gender planning’ strategy is therefore present at the following levels: leadership, accountability and corporate culture, as well as in strategies focused on how staff themselves can foster a gender-balanced workplace.

The group’s efforts with regard to its social responsibilities are both diverse and extensive, and are focused both operationally and externally, in line with Daud’s vision which she outlined in a statement: “We are here to create value and operate our business according to strategies and practices that are sustainable.”

The group is supporting the ongoing construction of a tertiary care centre in Daud’s home country of India, supported by the main part of a $24 million funding from the International Finance Corporation (IFC). Once completed, Alexis Hospital facility in Nagpur will contain 200 beds and will offer patients both secondary and tertiary care; it is predicted that over 100,000 patients will walk through its doors each year. The centre will specialise in oncology, cardiology, orthopaedics and neurology and is set to stimulate healthcare in the broader region by acting as a state of the art hub.

The remaining $3 million of the IFC package has been used to fund energy-efficiency measures at Zulekha Hospitals Group’s Sharjah facility, although this expenditure is part of a much greater commitment to protecting the environment.  Operationally speaking, the group ensures that its procurement and the care that it gives are both delivered efficiently and with environmental impact taken into serious consideration.

Across the organisation, the group has endeavoured to use environmentally friendly building products. Recognising the impact that IT usage can have on energy usage, its department has switched to using energy-saving products where possible. At a broader staff level, employees have implemented recycling initiatives on a large scale.

A statement from the company shows that its efforts have been well recognised, both at home and internationally, it said: “It is because of our commitment to excellent service and social responsibility, and our aim for excellence in quality service and patient care that we at Zulekha Hospital first decided to raise our standard of care and business process to the international mark.”

Zulekha’s Hospitals in Dubai and Sharjah were recognised by the Joint Commission International (JCI) which is the largest awarding body in the United States for its high quality healthcare services. Furthermore, the group has won Dubai Quality Appreciation programme (DQAP) and Dubai Quality Award (DQA) several times and has been recognised for having the Best sustainable hospital at the  Hospital Build & Infrastructure Awards, and has received the Dubai Chamber of Commerce CSR label award for sustainable business practices.
Zulekha Hospital Dubai & Sharjah are also awarded with CAP (College of American Pathologists) for its high standards and operational excellence, putting it in league with the best 7,000 labs in the world.

In short, the vision as embodied by Dr. Zulekha Daud when she opened her first hospital in Sharjah has come to fruition and the breed of ethical, sustainable private healthcare has grown and will continue to do for the foreseeable future. 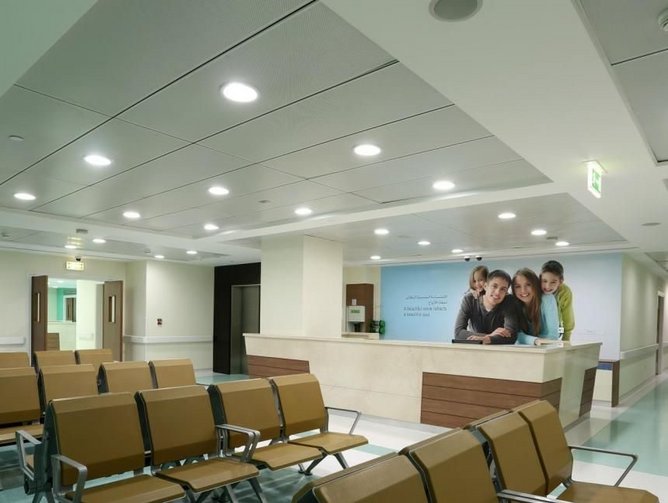 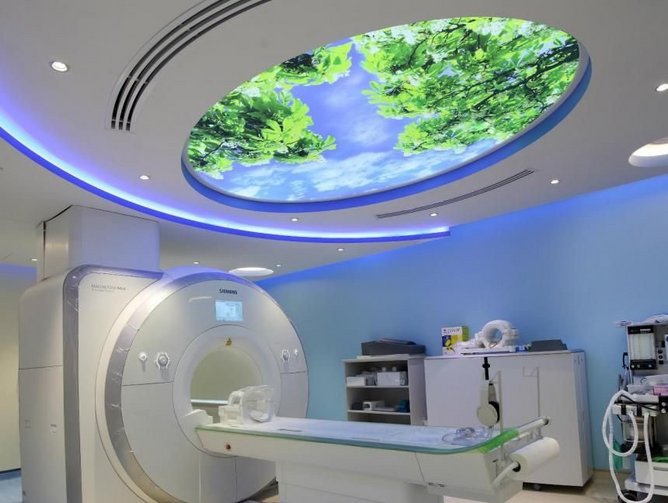 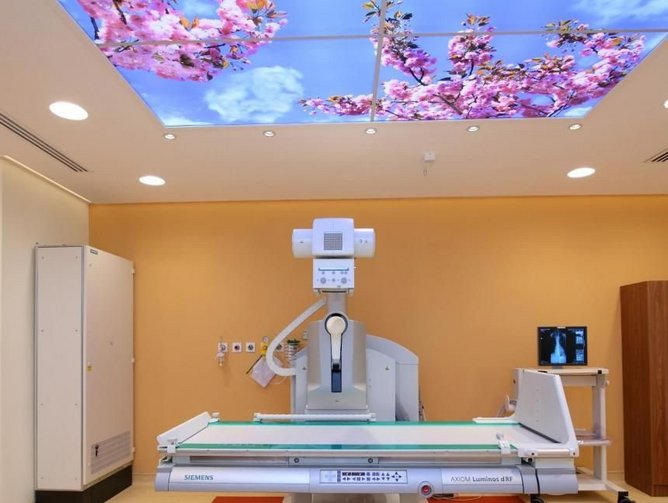 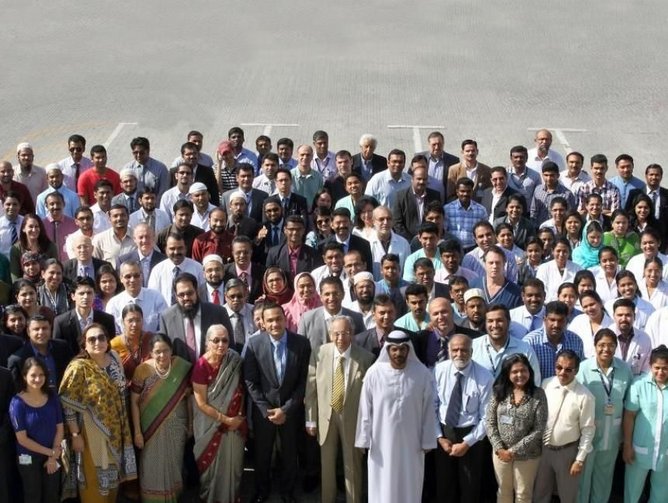 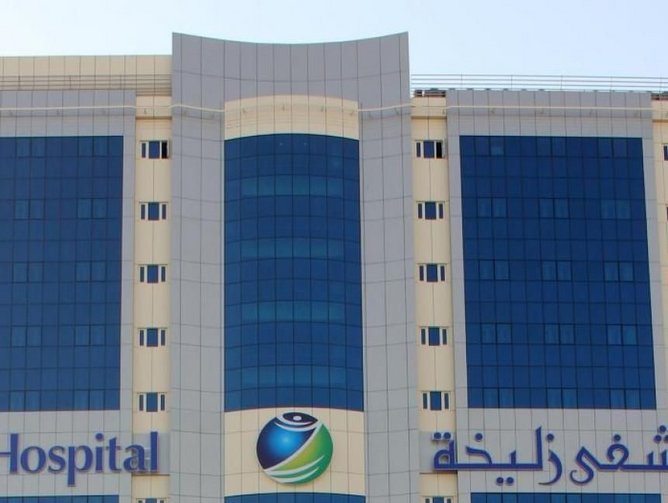