View Full Report
Jan Hruska is riding the digital transformation wave at O2 Czech Republic and its two-year-old CRM system is serving as a springboard for new innovation...

Jan Hruska is a man on a mission. The CTO at O2 Czech Republic is not so much joining the post-pandemic wave of digital transformation as engineering the technological tide which continues to revolutionise our corporate and leisure lives.

In the space of an hour we cover CRM, cybersecurity, apps, TV platforms, employee dynamics, 5G and mobile, and I leave our Zoom call with a sense that we could easily have talked another hour, such is the dynamism of O2’s business, scope of the mobile industry and seemingly endless permutations which have been presented by the pandemic. To date, the operator has almost 8 million mobile and fixed access subscribers.

COVID-19 has impacted us all, and for Hruska, it’s been a case of juggling inherent paradoxes: while economies have slowed, the tech space has accelerated, and despite virtual being the new normal, we can’t skirt physical realities. He has had to keep a close eye on all four balls simultaneously.

“The trend that can be seen is that the time for delivering changes is shortening, you have a smaller window of opportunity – and it’s getting even shorter with things changing overnight. People are going more online following lockdowns, though many telcos are still selling through traditional channels.”

Fortunately, the bedrock to this constant change has been O2’s Customer Relationship Management (CRM) system, which chalked up its second anniversary in October.

The success lies in its common interface simplicity which is designed to provide the same service and clarity of information, irrespective of whether you’re a first-time customer or seasoned shop assistant.

“It wasn’t digitised initially, as most processes finished with a stage that had to be completed physically – but now we are 80% digitised,” he says. “You can combine bundle services in the CRM and everything can be finished online. Normally IT and marketing are separate, but we wanted to create one team that’s focused on the customer experience and are the gatekeepers of the system.”

Dusan Bystriansky, Director of Emeldi Technologies, a leading software provider to the telco industry, explains how its relationship with O2 Czech Republic stretches back to 2001.

Reflecting on O2’s implementation of the Emeldi Commerce® Version 5.2, he says: “O2 was really quite brave – they went with a big bang when it came to the scope of transformation, not just with order management, sales and customer care but also they combined three billing systems into one.

Emeldi provides an ‘omni channel’ CRM for all sales and support channels, which is supported by single consolidated customer and product catalogue repositories. The platform’s unified architecture provides digital commerce and CRM functionality in a single application.

Bystriansky added that it is now working on a pilot project to decouple front and back end systems, which will likely start early next year, and continue to ‘break up’ elements in future as it implements the latest 6.0 and 6.1 versions.

Emeldi Commerce® version 6.0, implemented in June 2020 is serving O2 customers to support sales of phones and telecommunication equipment. Next year O2 is planning to implement version 6.2 to enhance administration of enterprise product catalogue, which is the “heart” of the CRM.

“Emeldi is a key partner that we picked because of their flexibility,” says Hruska. “We’re able to influence the product and get any solution we need. Putting their technology in the middle of our CRM is definitely strengthening our partnership,” he said.

Unhindered by legacy
With the digital bandwagon in full speed across Europe, Hruska acknowledges each country is at different stages; he cites one of the advantages of the Czech Republic is it arrived later to digital and is less restricted by legacy systems prevalent in many European countries.

Hruska says there is still an internal IT part to introduce, to make the system even more efficient. “We originated the entire system in 2014 and it’s now time to be modernized – this will be phase 2, the modernization of the architecture, and we’re taking advantage of the CRM solution that’s been recently developed for the continuous integration and continuous deployment, supporting all the modern buzzwords like devops, micro-services, and running in containers.”

Bystriansky added: “Our solution enables IT and the Business to work much more effectively and quickly together. This overcomes the traditional problems of “excess demand” from the business for IT services suffered by many Telcos.”

He is confident it will close the final 20% and be “fully digitised” next year. Already a number of significant changes are being implemented, from digital photocopies for ID registrations to e-SIMs, which it introduced in February.

More recently, it launched a Chatbot in August, under its Digital Care program, which takes customer service to a new interactive platform. “This is great for initial identifications and in some trouble shooting scenarios, we are able to automatically get a description of the issue,” he says. “It means you can offer better service to the customer so there’s no need to wait in queues.”

Alongside customer benefits, the technology also helps reduce staffing costs and headcount. “Our ambition is to transfer 60% of call centre and back office capacity, ultimately back office should disappear completely,” he adds.

Most recently, it rolled out a new mobile app, based completely on modern technologies, such as microservices and the cloud. “The old architecture wasn’t scalable enough. When people moved to digital heavily at the start of the pandemic, we weren’t able to serve them properly. So we have redesigned the architecture and the new app is totally scalable and can meet any scenarios.”

The way consumers consume digital during the pandemic has changed amid lockdowns, switches to work from home and increased job insecurity. In March and April, Hruska said it had the best sales for internet connectivity – but was mindful of cost pressures.

Consequently in spring O2 offered unlimited data for all, as people moved from offices to home and started using the service in a different way. Laptops and notebooks surged in popularity and it held promotions when students were in lockdown.

“In a normal time we would monetise but we wanted customers to use the free data, and it was successful commercially as we converted customers. We had to move fast – it was developed in four days, and we needed to be agile.”

If you are getting the full family bundle, it’s a big investment, he concedes. “The traditional approach among telcos was to do some discounts and subsidies in exchange for fixed-term contracts. Now more customers are refusing this, they don’t see certainty and don’t want to pay fixed terms. The installment programme can help, and this is something we launched in July.”

Moving forward, if the marketing team is proposing some features or changes, he says its ambition is to implement it in days – not in a traditional two-month IT cycle. “We must have capability to do it quickly.”

During the pandemic, the business had to pivot as shops were receiving fewer customers. “What we did was to plug in the call centre system, enabling shop floor staff to handle calls during downtimes,” he adds. “Even in summertime when restrictions were released, we decided to stick with it as there are always times of the day when stores aren’t busy. We also reduced the size of call centres, and sent staff there home overnight. We extended VPN, and are now serving 80% of call capacity from home, as well as using more part-timers. It’s much more flexible and efficient, and these are permanent changes.”

There is much agility – and complexity – in the country’s 5G scene. Infrastructure provider CETIN, O2 Czech Republic and Telenor CEE are all part of PPF Telecom Group (the group holds an 81% stake in O2) and CETIN recently awarded Ericsson to build 5G radio networks, according to Reuters reports, aiming at ultimately replacing Nokia and Huawei as current technology providers. The central European country is starting an auction for 5G frequencies to attract a fourth operator alongside O2, T-Mobile and Vodafone.

Hruska is upbeat about 5G’s potential and believes “the next big wave” will be the new iPhone 12 and 12 Pro, which will launch locally in November.

“We are a small country and not normally on the first wave of countries, but I am positive about these models. Apple appeals to early adopters and I’m sure customers will upgrade.” Initially it is focusing its 5G efforts on Prague and Kolin, to be cost efficient, and has signed up 2,000 customers so far.

Emeldi’s Bystriansky added: “The system is also 5G-ready. It supports all possible scenarios for delivering seamlessly innovative 5G products and services to both businesses and consumers; whilst at the same time significantly reducing IT delivery time and costs through use of DevOps and CI/CD.”

One of O2’s most customer-focused platforms is its IPTV, which enables it to broadcast Premier League and Champions League matches exclusively, as well as Czech football and ice hockey leagues. He said a planned upgrade next year will make a ‘step change’.

“It will be cloud based and more resilient in terms of traffic peaks and growth of the customer base,” he says. “If you want to watch a match, you can buy the package in minutes – it’s fully digital. The architecture allows us to increase the performance and focus on specific components, as well as anticipate ‘spikes’ – this is unique to us.”

Hruska notes increased demand for cybersecurity during the pandemic, especially in the B2B segment, as companies are realising their vulnerability. “The pandemic is accelerating focus. Companies are now more exposed to cyber risks and we’re seeing double-digit growth in firewall and anti-DDoS services.”

O2 Czech Republic introduced a smartphone protection system last year so if you’re browsing the internet and something is suspicious, it will flag up whether to block or carry on. “We have around 200,000 users since the start. Everyone is now in the digital space and trying to protect themselves.”

“All this is possible thanks to our CRM system and our partnership with Emeldi Technologies. Having Emeldi E-Commerce® in the middle is providing us with flexibility and allowing for fully digital customer experience”, Hruska concludes. 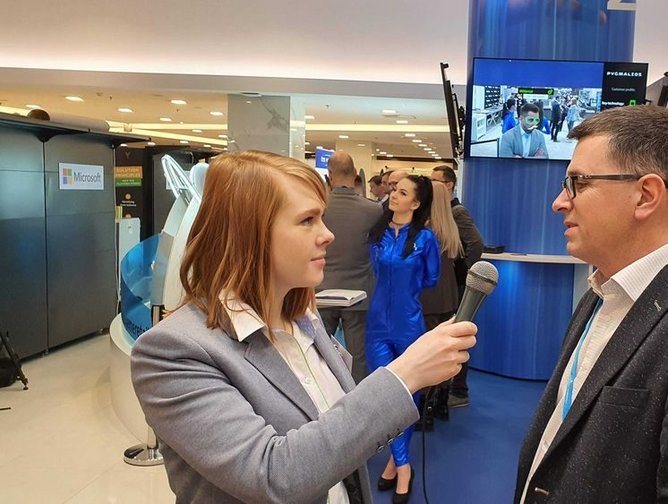 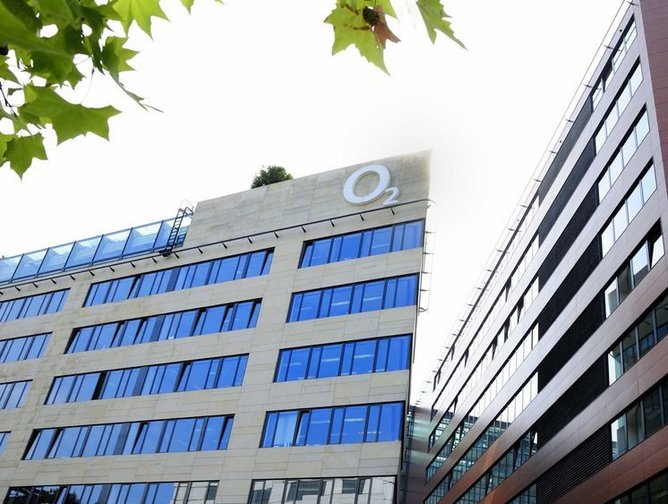 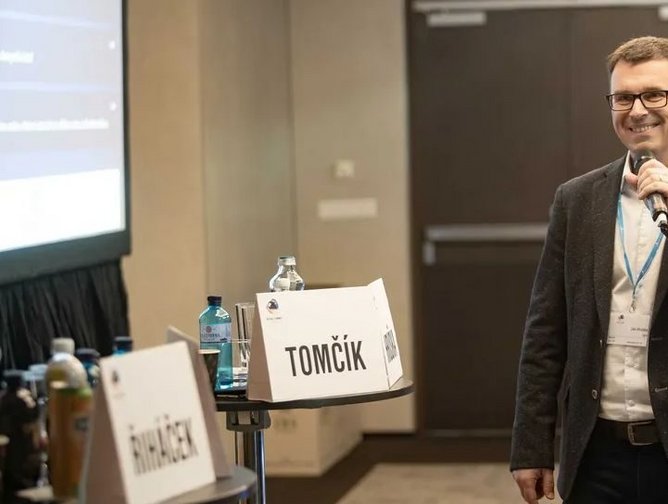